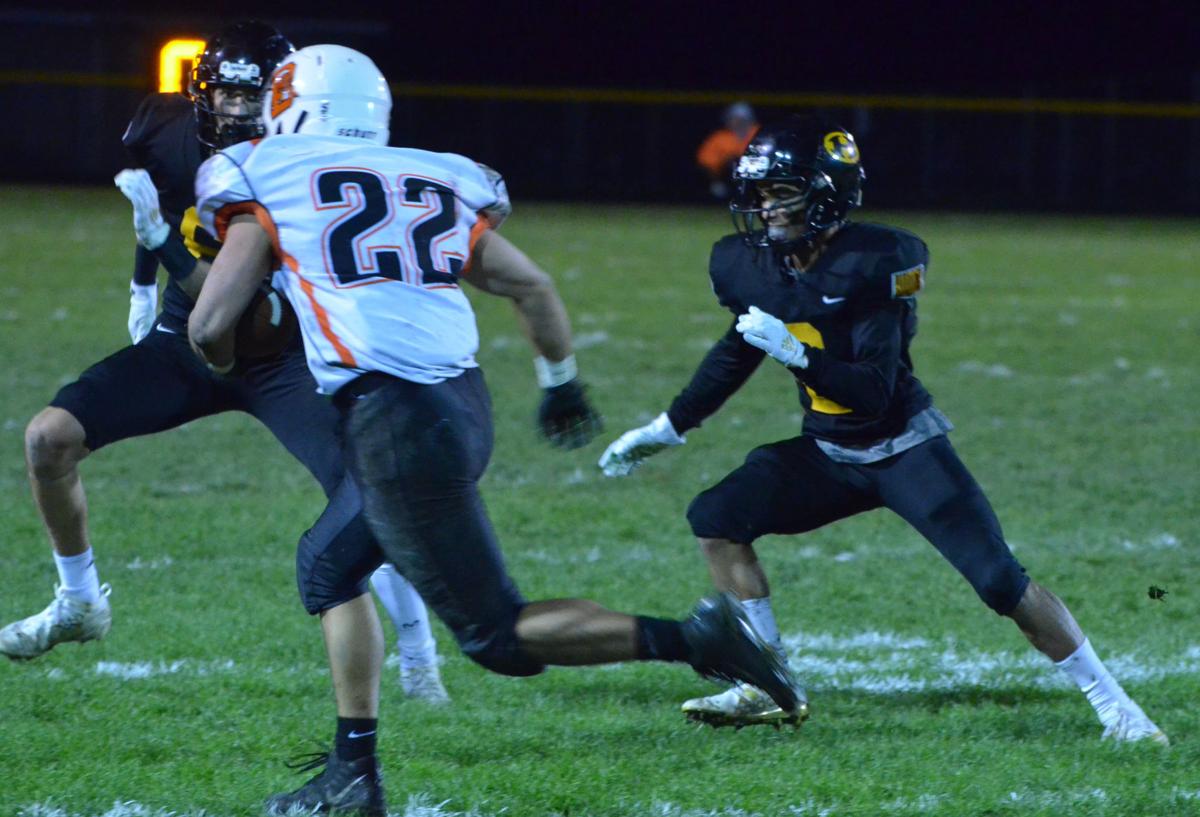 Hutchinson defenders Sam Rensch and Zeke Cosby track down Delano’s Robbie Knight during a play Friday. Hutch’s defense delivered a blocked punt and two interceptions that were key to the homecoming win. 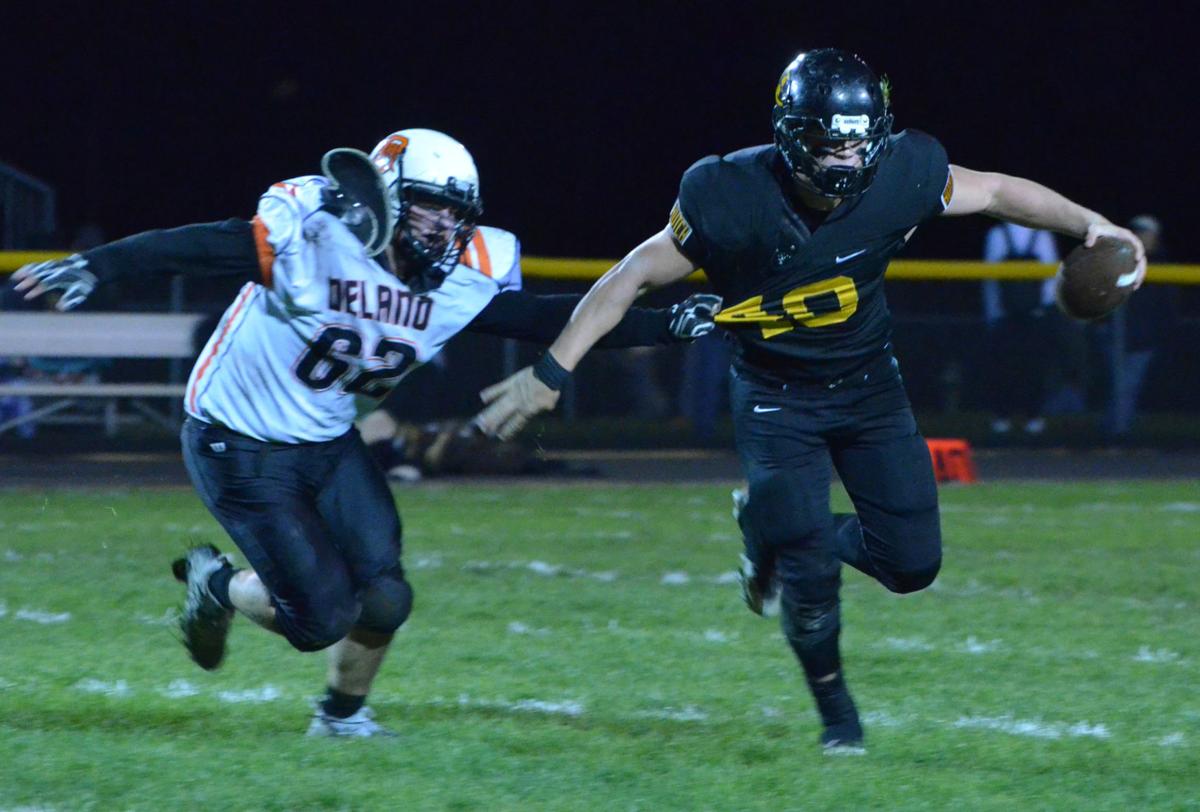 Hutchinson quarterback Russell Corrigan scrambles away from Delano’s Spencer Poll. During a game this past fall. Corrigan was named to the 2019 Minnesota State High School Football All-Star Game.

Hutchinson defenders Sam Rensch and Zeke Cosby track down Delano’s Robbie Knight during a play Friday. Hutch’s defense delivered a blocked punt and two interceptions that were key to the homecoming win.

Hutchinson quarterback Russell Corrigan scrambles away from Delano’s Spencer Poll. During a game this past fall. Corrigan was named to the 2019 Minnesota State High School Football All-Star Game.

Hutchinson built an early lead and held on through the second half of last Friday’s 30-12 win over Delano on Homecoming Night. The win lifted Hutchinson to a 6-0 overall record and 4-0 in the North Central White District.

“Homecoming is nice because there are a lot more fans and everything, and it’s cooler to win in front of a lot of people,” Alex Nelson said about the victory.

The undefeated Hutch Tigers scored three times in the first half, all on 1-yard runs by Russell Corrigan. That made it 22-6 at halftime, but Delano scored the only points in the third quarter to make it a 10-point game. Hutch responded with a strong finish, holding Delano scoreless the rest of the night and punching another 4-yard touchdown run in by Corrigan.

“It was a good team win,” coach Andy Rostberg said. “Our defense played well, offensively we came out and threw the ball pretty well and were able to run it after backing them off.”

It was tough sledding for Hutchinson at times and the team was held to 253 yards rushing, the least since its Week 2 game against Becker. To stop Delano from stacking the line of scrimmage with defenders, Corrigan loosened things up by completing 5 of 10 passing attempts for 83 yards. It was the most passes Hutchinson has attempted in a game this year, and while the numbers weren’t flashy they did the trick.

“We were able to move the chains on some big third downs and threw early a few times,” Rostberg said. “If we can throw when we want to throw, that’s when we’re the best. If we end up having to throw when the other team wants us to throw, that’s a little tougher.”

Offense played well, but Hutch’s defense was the star of the night. A blocked punt following the opening drive set up Hutch’s first touchdown of the game, and a pair of interceptions by Sam Rensch and Cody Kurth in the first quarter knocked the wind out of Delano.

“Our defense held them off … we got big time stops,” Rensch said. “(The blocked punt) made our whole team and the sideline hyped and excited.”

Delano’s 12 points was its second lowest score in a game this season, except being held to seven point by Rocori.

Hutchinson’s regular season home games are all complete now, so the final two games are on the road beginning with Big Lake. The Hornets have struggled with a 2-4 record this season, which Rostberg credited largely to the team’s defense.

“They’ve been struggling holding people down defensively,” he said.

That doesn’t mean they’re without weapons. The team’s star running back, DeAndre Hill, has rushed for 643 yards and seven touchdowns on 93 carries in the first five games of the season.

“If we can take away their run game, that would be really nice,” Nelson said

“They have one of the best running backs in the state being recruited by a number of Division I teams,” Rostberg said. “Big kid, we’ve played him three straight years and every time we’ve played him he’s been extremely hard to handle and get on the ground. He’s fast and a strong runner.”

Stopping Hill will be key for Hutchinson’s defense. If they can force the Hornets to throw the ball, they may be able to coax more turnovers from quarterback Brandon Stern, who has thrown eight interceptions this year and just three touchdowns.

“We have to come up on runs faster,” Rensch said, “because their quarterback isn’t as good as past games have been.”

Sorry, there are no recent results for popular articles.