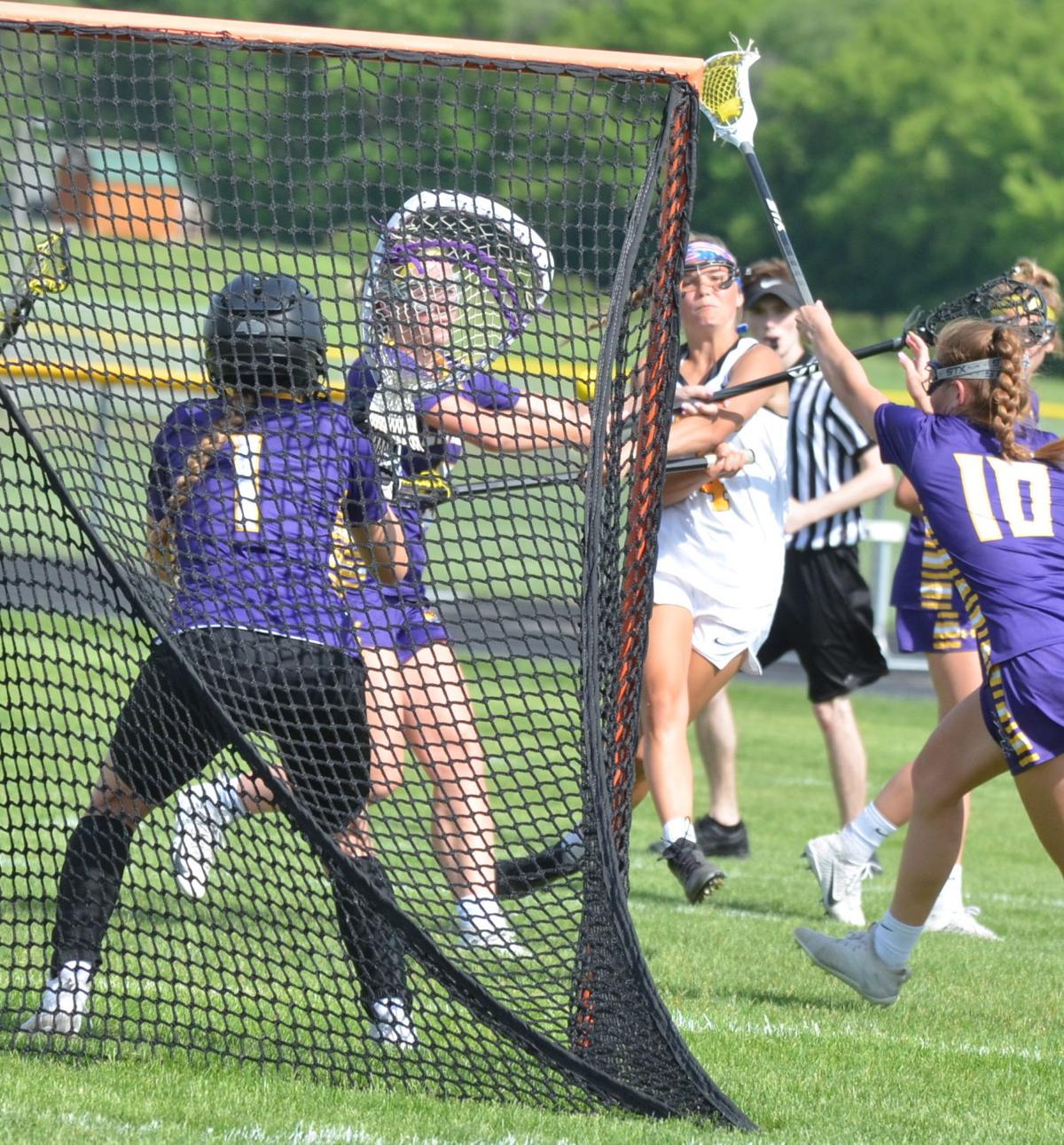 Hutchinson’s Maddy Seifert fired a goal in traffic during the Tigers’ 16-14 playoff win over Chaska Thursday. Seifert scored nine goals in the game, including six in the second half. 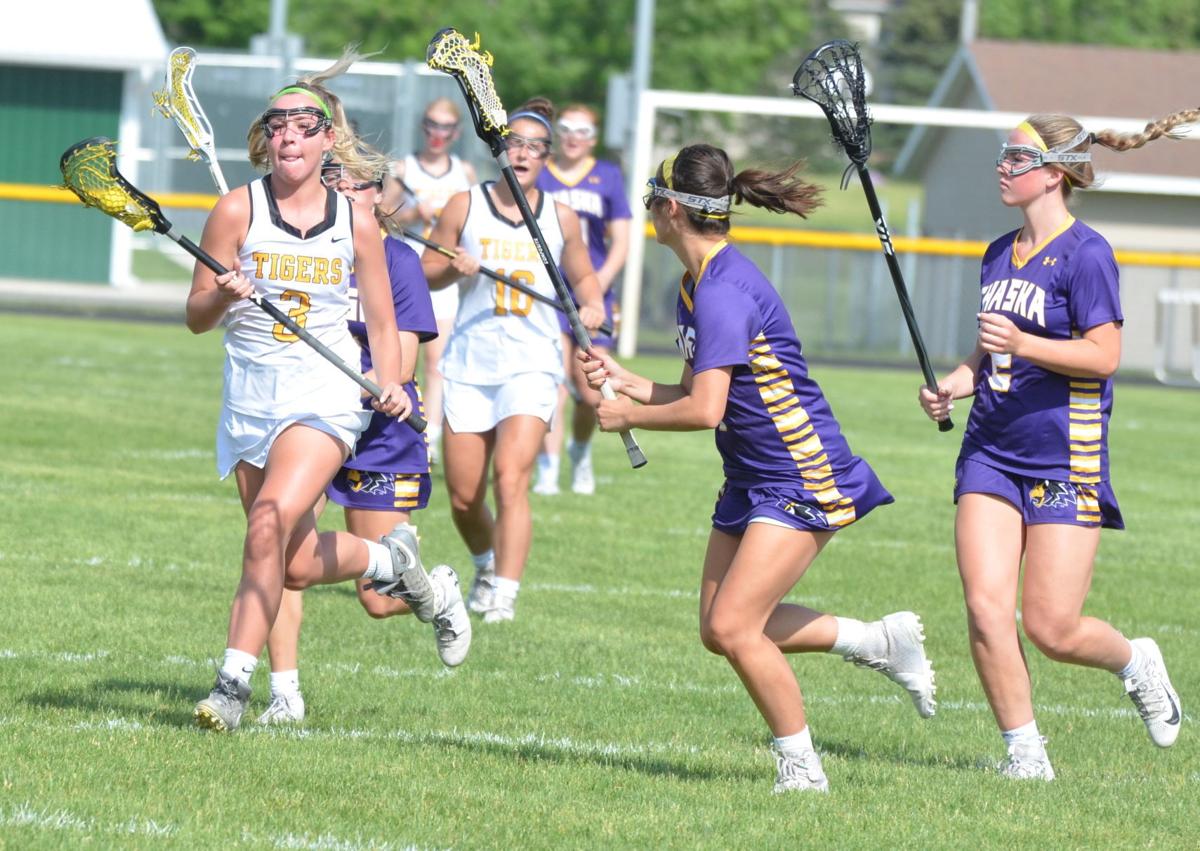 Marlee Harlander led Chaska defenders on a chase as she took the ball up the field in Thursday’s section game. 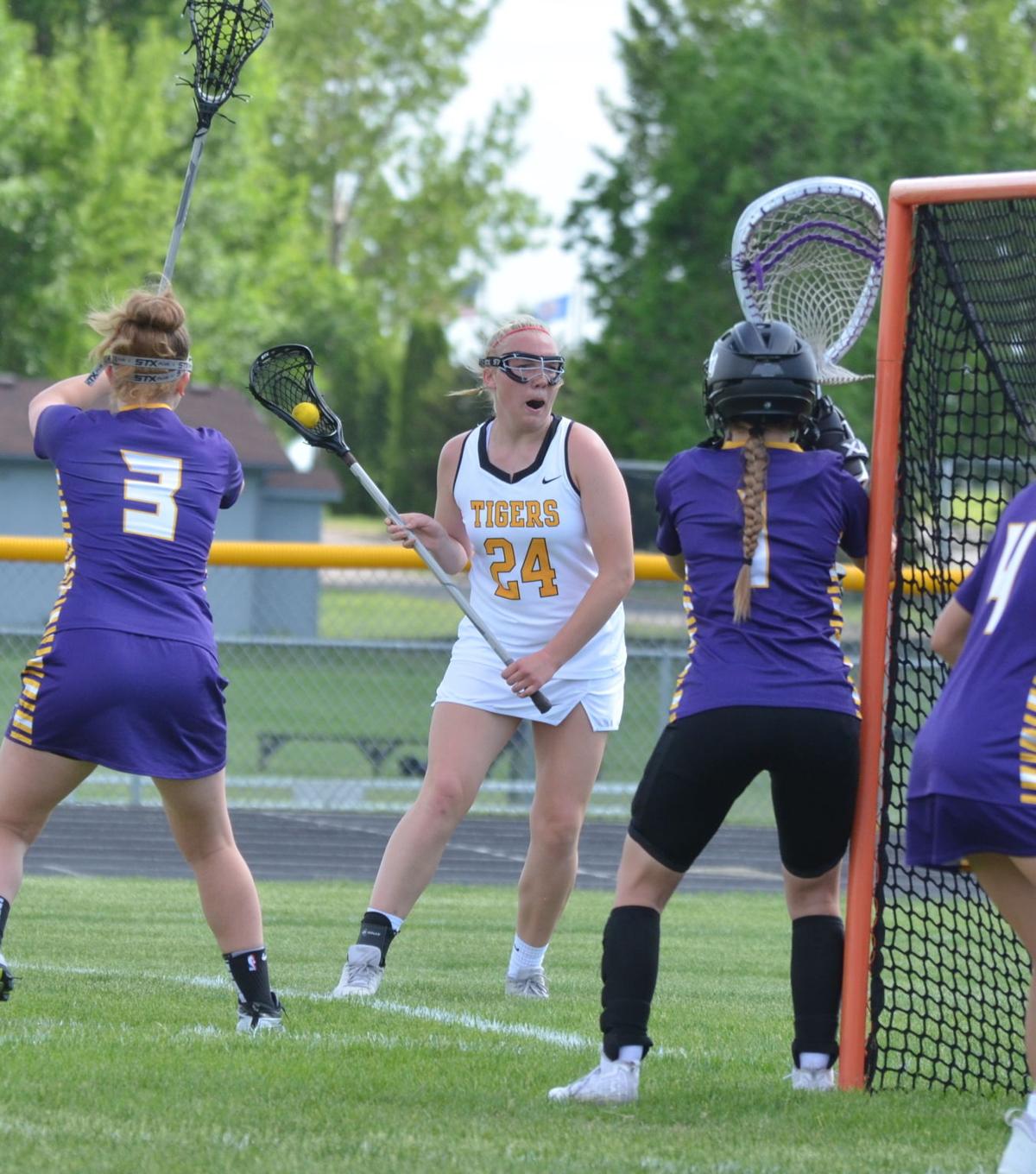 Hutchinson's Hannah Peterson eyed Chaska's net during Thursday's playoff game. She scored one goal in the game for the Tigers. 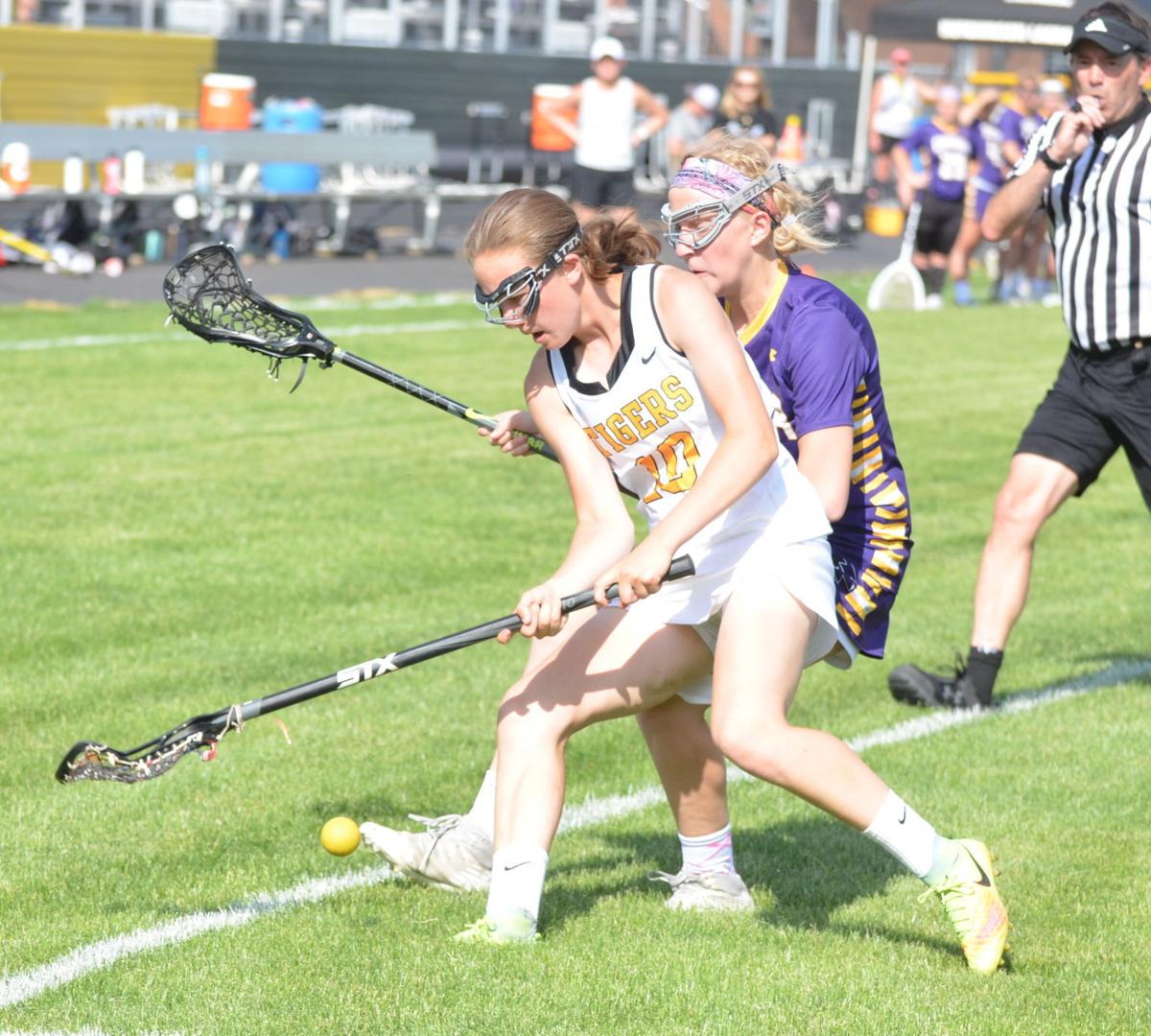 Hutchinson’s Maddy Seifert fired a goal in traffic during the Tigers’ 16-14 playoff win over Chaska Thursday. Seifert scored nine goals in the game, including six in the second half.

Marlee Harlander led Chaska defenders on a chase as she took the ball up the field in Thursday’s section game.

Hutchinson's Hannah Peterson eyed Chaska's net during Thursday's playoff game. She scored one goal in the game for the Tigers.

Hutchinson’s girls lacrosse team wrapped up its season Monday with a 19-4 loss to Chanhassen in the Section 2 semifinals. But before finishing their season with a 12-3 overall record, the Tigers made history one more time when they beat Chaska 16-14 in the section quarterfinals last week. The win against Chaska was the team’s biggest home playoff victory to date.

“The resilience of them, not giving up, was awesome to see from them today,” coach Randy Seifert said after the win. “And home field advantage, it was fun to do in front of our fans.”

The win means the Tigers advance to the semifinals for a second straight season, the last time was 2019. But just like their previous playoff win, Hutchinson battled up and down with the Hawks for the entire game. There were five ties but only two lead changes, the most significant in the second half when the Tigers went ahead for good.

“We were expecting a close game, and it was pretty fun,” coach Seifert said. “I heard the girls say that game was a lot of fun.”

The two teams combined for 19 goals in the first half, and Hutch took an early 2-0 lead. Chaska quickly tied it up, and then the Tigers went up 4-2 again before the Hawks went up 5-4.

The rollercoaster continued in this way as the two teams exchanged scoring runs. Hutchinson came back from a three-goal deficit, only to give up three more goals and go into halftime down 11-8. During the break, the Tigers used the time to rest up and refocus.

“We were all super exhausted,” senior Maddy Seifert said. “We don’t have a lot of subs, so I think we just needed that break to calm down and get ready for the second half.”

Hutch’s scoring in the first half had been fairly spread out. Seifert scored three goals, Ellie Campbell scored twice, and Ellie Petersen, Hannah Ladwig and Hannah Peterson each added one goal. In the second half, however, the Tigers’ all-time scoring leader took over.

Hutchinson opened the second frame with six straight goals to take a 14-11 lead with 9:37 remaining. Seifert scored four of those goals, and Ellie Petersen added two.

“I didn’t feel the best in the first half, in the second half I just had to ignore it and go out there,” Seifert said about her big second half. “It would be our last game if we didn’t win, so I had that in the back of my head.”

Seifert would add two more goals in the second half for a total of nine in the game, and Hutch’s defense snuffed out the Hawks, holding them to just three goals.

“Our defense was playing good in practice this week, and we were really banking on them,” coach Seifert said. “They came through for us at the end, so we were happy about that.”

Even with a lead, the Tigers knew they couldn’t let up. Chaska had shown it could score quickly and wasn’t about to give up on its season.

“It was definitely back and forth the whole game, and we knew that we had to keep our lead, play smart and finish it,” Campbell said.

As the final minute ticked away, Tigers fans were on the edge of their seats while the Hawks fired three straight shots at Hutch’s net. But goalkeeper Alia Rieger made all three saves to hold on for the win.

“I knew there was probably less than a minute left, but really I didn’t pay much attention to the time, because it seemed like time slowed down in the moment,” Rieger said about the flurry of shots in the final minute. “I didn’t really think about time, but rather the moment.”

Following the win, the Tigers were back in familiar territory to face the top seed and No. 5-ranked team in state, Chanhassen.

“It was the same deal in 2019 when we played Eden Prairie,” Campbell said. “We’re always looking forward to that.”

Although the Tigers were unable to upset the Storm, they accomplished much of what they set out to do this season by setting the bar even higher for next year’s team.