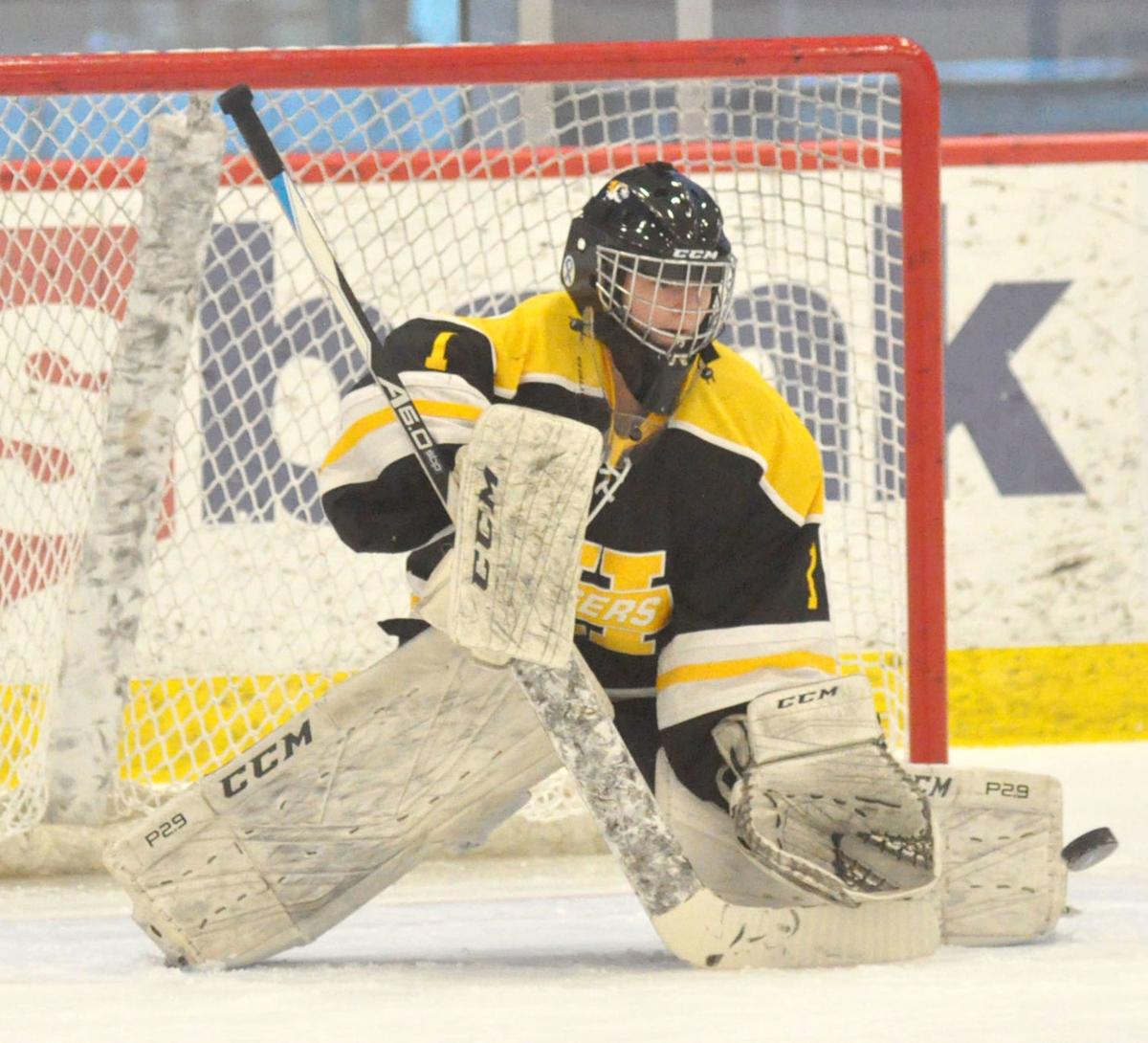 Hutchinson goalie Hannah Ladwig makes one of her 43 saves against the Packers, which kept the Tigers in the game despite being outshot 46-14. 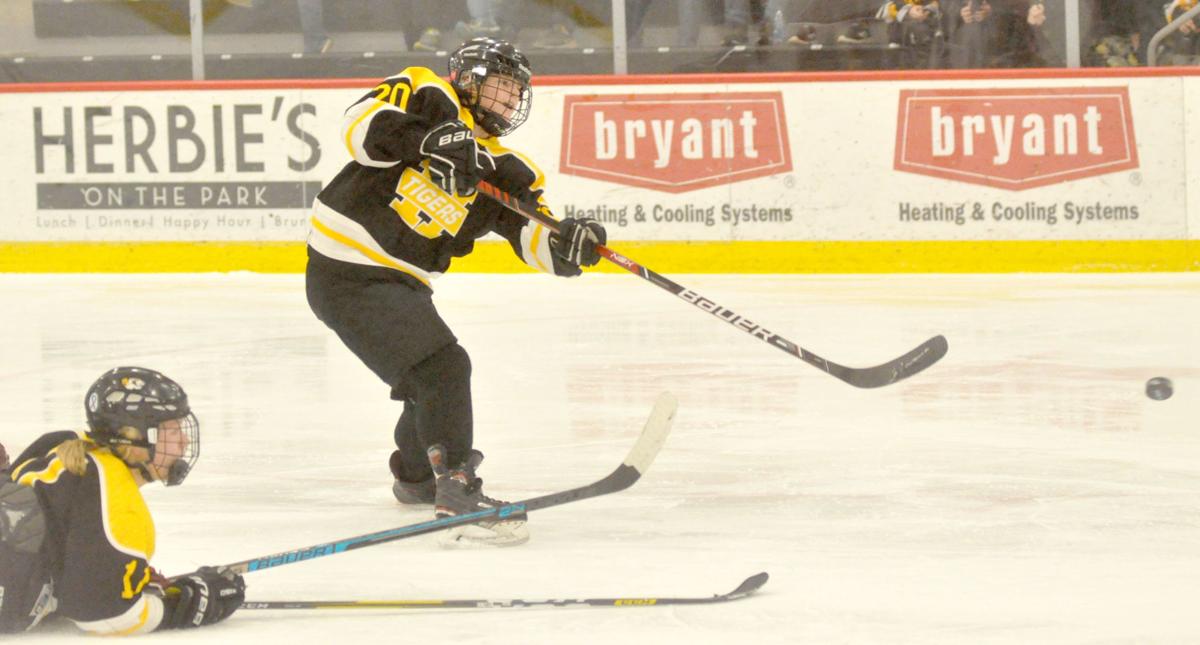 Britta Johnson scored her only goal of the game on this shot from the feed from Alex Hantge. Both seniors were big contributors in the team’s consolation championship.

Hutchinson goalie Hannah Ladwig makes one of her 43 saves against the Packers, which kept the Tigers in the game despite being outshot 46-14.

Britta Johnson scored her only goal of the game on this shot from the feed from Alex Hantge. Both seniors were big contributors in the team’s consolation championship.

Only a handful of teams end their seasons with a win, and for the first time in history, the Hutchinson girls hockey team was among them.

Saturday was the final day of the season for girls hockey, and the Tigers didn't want to be on the losing end after all their hard work. They used that motivation to beat South St. Paul 5-3 and win the state consolation championship.

“I think it's one of our best games of the season,” senior Alex Hantge said. “Over the course of the season, we've had some really good games. Just today we came together and we wanted to finish strong and just work as a team. I think that's what helped really lead us to success."

“The team never gave up,” Britta Johnson said, following Hantge's sentiment. “We kept pushing through even if we had a lead. We just kept pushing until the end.”

The game had it's share of strange moments. Hantge opened the scoring for Hutch less than four minutes into the game. After the face off, South St. Paul went down and scored 25 seconds later to tie it up. The same thing happened for both teams' second goals. Sabrina Tracy scored for Hutchinson, then St. Paul scored the equalizer 15 seconds later.

“It's hard,” Johnson said of St. Paul's quick goals. “It really wakes us up. We have to keep pushing even if we score. We can't let up. It finally got to a point after the fourth goal. Then we didn't let them score, because we actually hammered that we're not going to let them score again.”

The Tigers were up 4-3 heading into the third period, but this final period is when the hard work paid off most. The Packers gave the Tigers everything they had, putting up 21 shots in the period, more than Hutchinson had the entire game.

With 1:57 left in the game, St. Paul pulled its goalie in a final last-ditch effort to tie the game, but Hutch stole the puck and Hantge scored on the empty net to put the game away.

Although Hantge scored a hat trick in the game, goalie Hannah Ladwig was the MVP. She made 43 saves and was especially tough in the second and third periods, stopping 35 of 36 shots. Hutch lost to St. Paul in overtime earlier in the season, and Ladwig said that previous matchup prepared her for Saturday's finale.

“I was just trying to take it one shot at a time,” she said. “Just kept going until the buzzer went off.”

After the tournament, Hantge was named an All-State honorable mention.

Hutchinson has had two other attempts at the state consolation championship in 2010 and 2011, but the Tigers lost both times.

Members of the 2019-20 team said that the moment they knew they were special was after their close loss to Cloquet-Esko-Carlton in the opening round of state. Head coach Marc Telecky, however, believes that moments during the regular season helped build the team's identity.

“After that span that we had right after Christmas,” Telecky said, “we made a few changes, played a lot of good teams in the first two weeks of January. They kind of battle-tested us a little bit. On the run that we got into here, getting through a little bit of adversity towards the end of the year with some injuries and illness, the girls still were able to persevere and come through. (It's) a testament to them for sticking together and playing the structure we put in.”