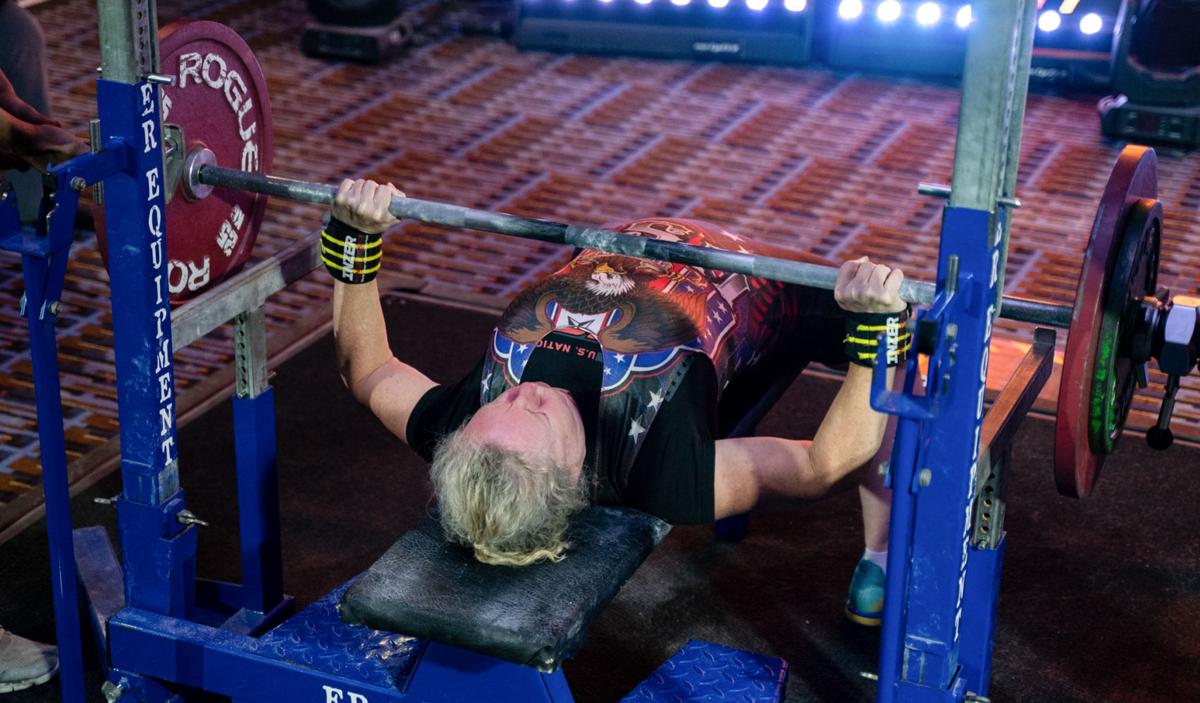 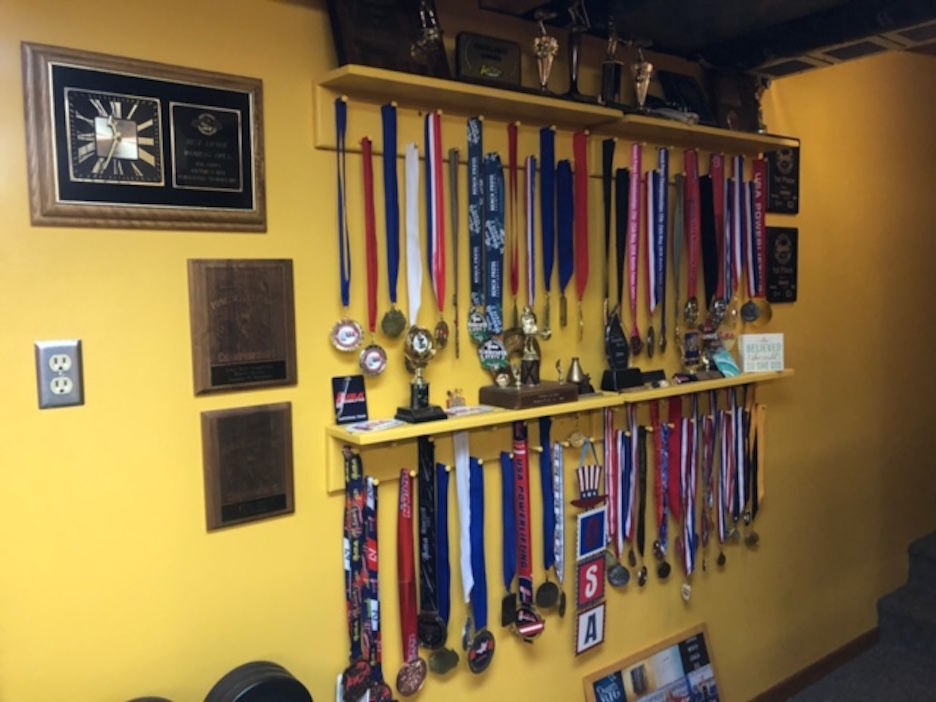 The walls of Tammy Lauer’s home gym are filled with medals, plaques and certificates recognizing her accomplishments in powerlifting competitions around the world.

Hutchinson’s most decorated powerlifter is raising the bar again; the barbell, that is.

Tammy Lauer, a 56-year-old mother of three, is fresh off another record-setting performance in June at the national bench press competition in Daytona Beach, Florida.

Lauer lifted 93.5 kilograms, or 206 pounds, to set American and Minnesotan records in the age 55-60 women’s raw master 69-kilogram (152-pound) division. But it didn’t stop there. Her 206-pound bench press was enough to take American and state records in age groups as young as 45 as well, meaning she’s lifting more than women 10 years her junior.

Setting records is nothing new for Lauer, who has regularly competed in powerlifting since 2015 and has been to national and international competitions. She currently holds 14 American records and an astounding 49 state records at multiple weight and age divisions. After six years of competition and a gym full of medals, Lauer has no plans to give it up.

“I like goal-setting,” she said. “I have enjoyed the achievements, I guess. The other part is the friendships. Because powerlifting is a personal sport where we’re always trying to do a personal best … it’s very easy to encourage other people and celebrate their successes as well.”

It started back in the 1980s when Lauer was a bodybuilder who dabbled in powerlifting. Those interests were put on hold in 1992, however, when she became pregnant with her first child and her first husband became sick and died of cancer.

Lauer remarried and had two more children, and in 2013 she decided to get back in the gym. After two years of training she set her first American records and hasn’t looked back. In the six years since, she’s stepped up her training and competition levels. She built a gym in her basement outfitted with the same equipment used in competitions. She’s also started more self-promotion, including a Facebook page called “Lauer Power” where fans can follow her gains. Her husband has also taken on a more active role, assisting with training and planning competitions.

And when it comes to competitions, Lauer also focused more on her bench press records, as opposed to squats and deadlifting.

“I still can squat and I still can deadlift, but after three children and a lot of lifting, my pelvic floor is wearing out,” she said. “So I’m being advised by my doctor to be cautious.”

While Lauer is certainly competitive, she also enjoys powerlifting for the health aspects, and she stressed that the competitions are all drug-free.

“Every time I set a record I pee in a cup,” Lauer said. “That’s to assure the competition is fair. So I’m in it for the health, and I would encourage other women to lift weights to be healthy. And it’s a personal sport. So when they’re lifting weights, whether it be 5-pound dumbbells or 45-pound barbells, it’s all about seeing what we’re capable of and trying to do a little more than before.”

Lauer is even assisting others. As a certified USA Powerlifting coach, she helps others create training programs and fine-tune their techniques.

So what’s next for Lauer? Now that she’s as strong as she’s ever been since picking the sport back up, she plans to continue raising her own records at different weight divisions.

“American records can only be set at state, regional, national and world events,” she said. “So I think my strategy is to avoid the local competitions and strive for those where I can improve my American records.”

Unfortunately some internal politics in powerlifting right now means the U.S. likely won’t send a team to the upcoming North American and international championships. Instead, Lauer has set her sights on the South Dakota State Championship in Sioux Falls, Sept. 18. She’s taking aim at her own 63-kilogram (138-pound) division bench press record of 88 kilograms (194 pounds).

“That record’s been there since 2019, but now I’m stronger,” she said. “So I’m going to lose a few more body weight pounds and go back to competing in that and demonstrate that since 2019 I’ve increased my strength.”