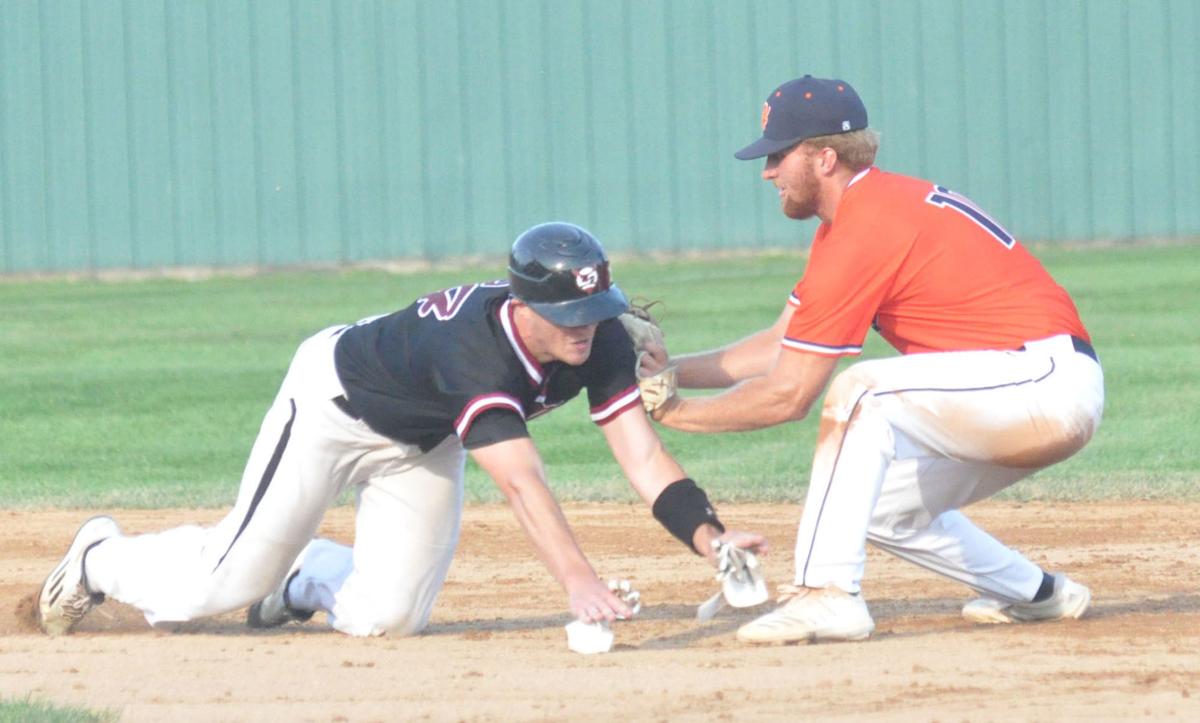 Second baseman Lane Glaser applies the tag after a Maple Plain baserunner was caught in a rundown Sunday. 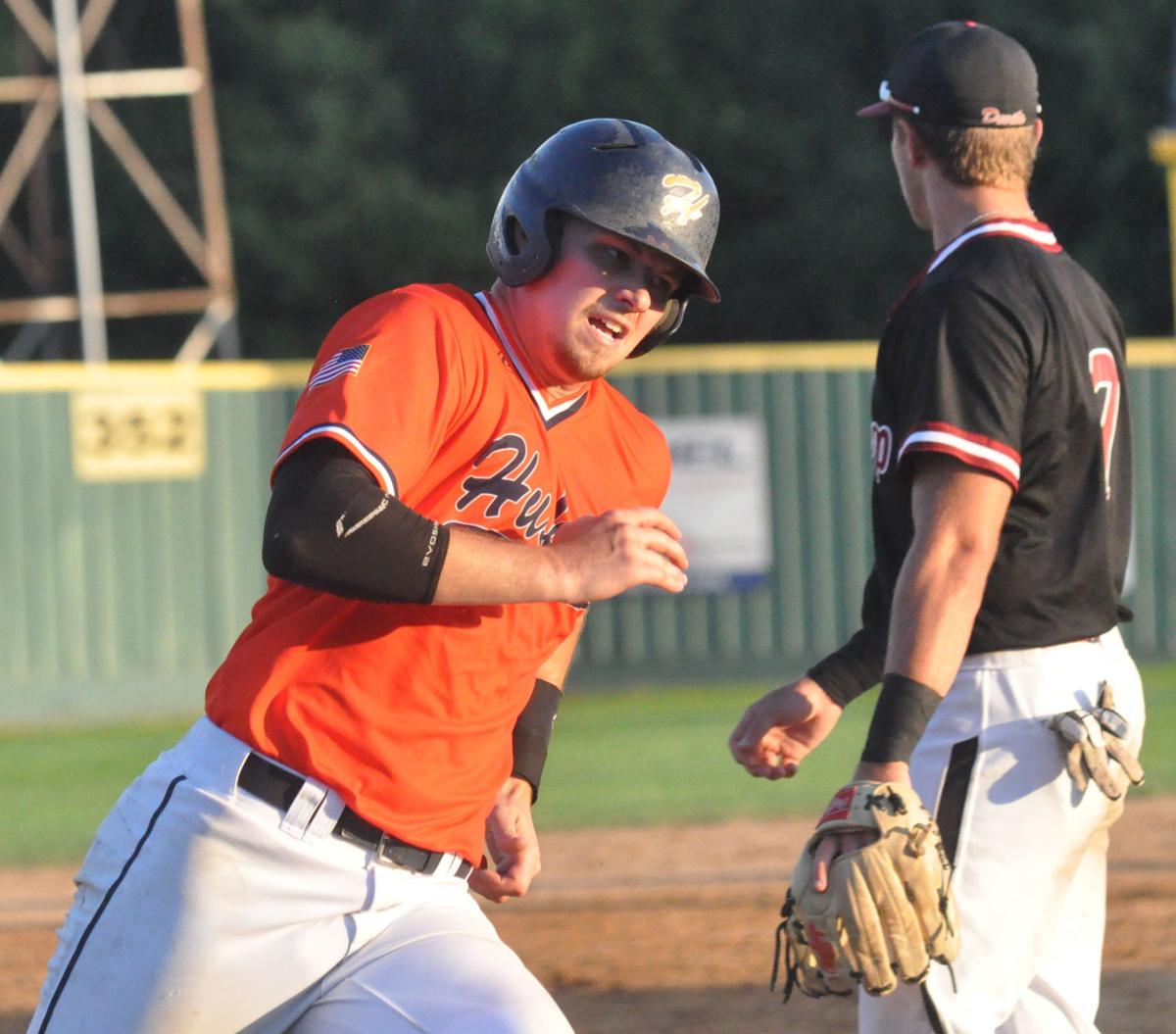 Marcus Hahn rounds third base to score on a Dan Van De Steeg single. Unlike Maple Plain, which had several runners caught off base, Hutchinson ran the bases well. 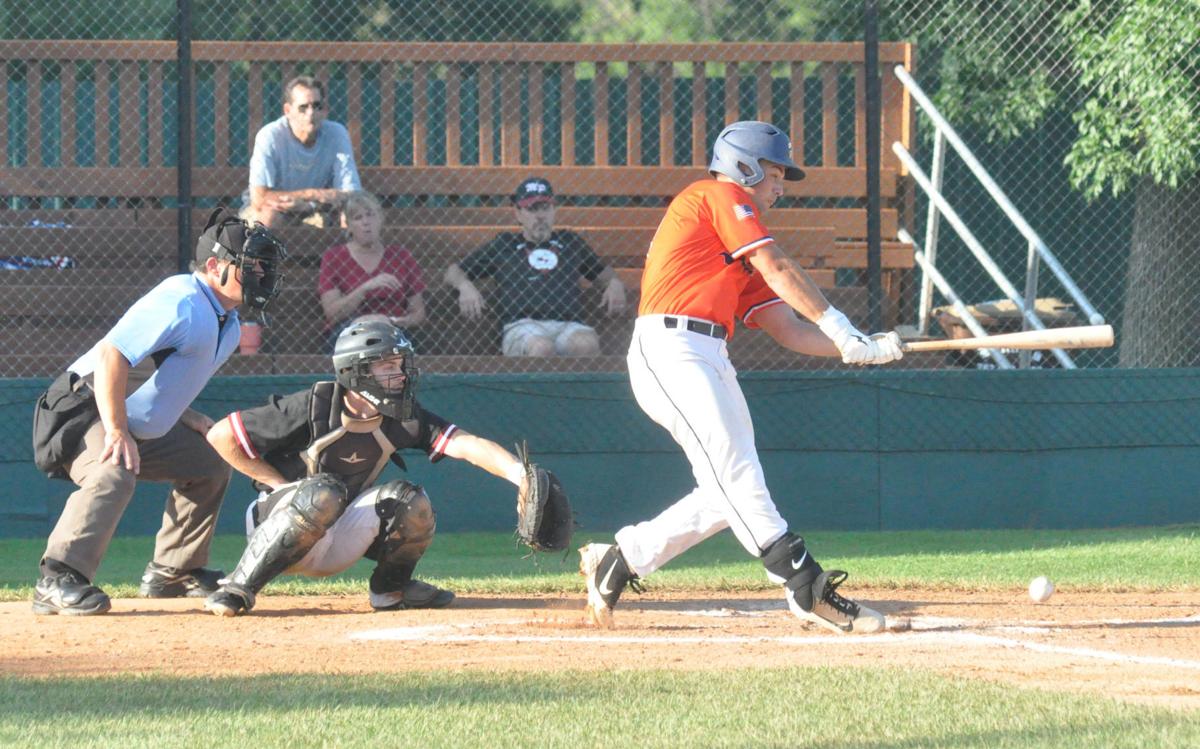 Tyler Schiller chops a double down the first base line in the second inning against Maple Plain. The hit proved clutch as Schiller later came around to score. 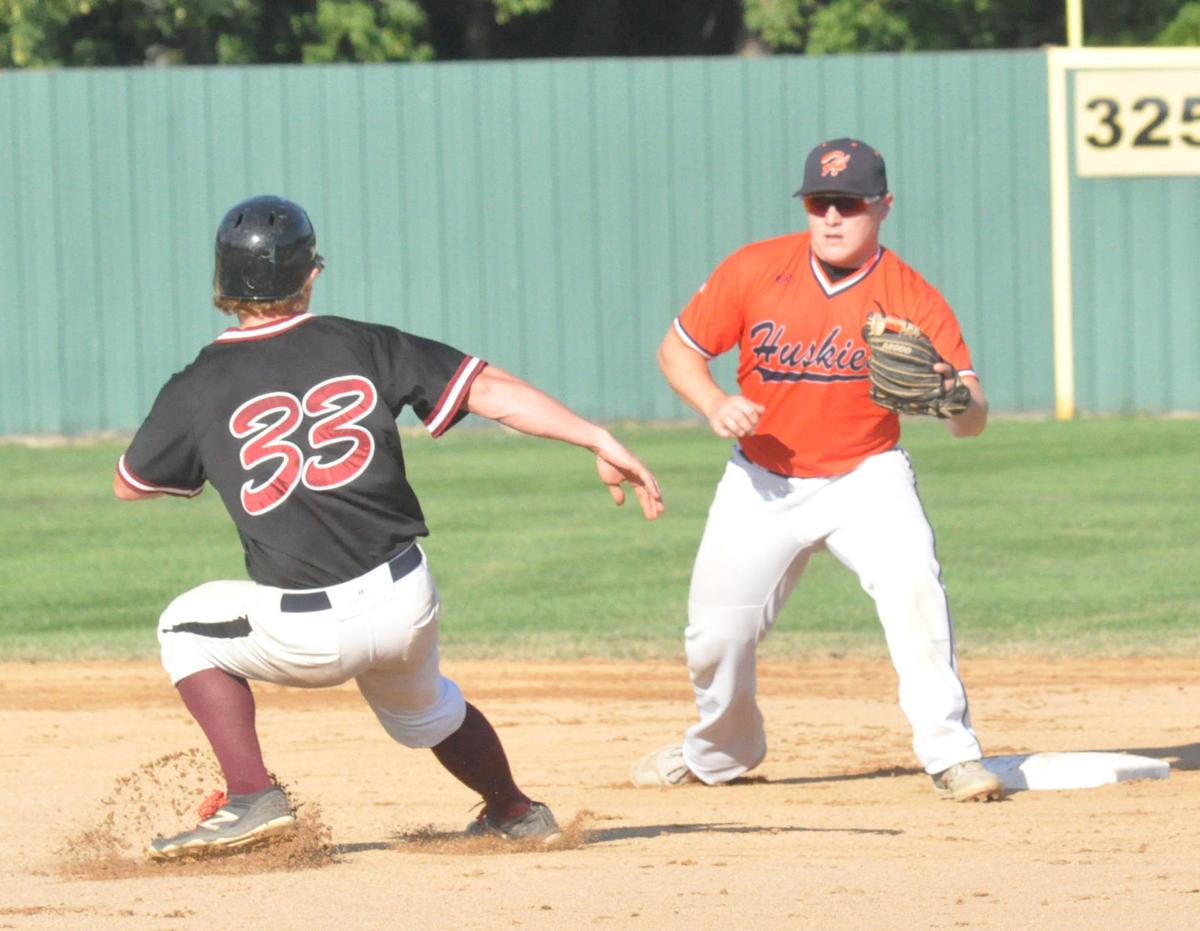 Huskies high-five each other as they walk off the field after a 13-8 victory Sunday night over Maple Plain.

Second baseman Lane Glaser applies the tag after a Maple Plain baserunner was caught in a rundown Sunday.

Marcus Hahn rounds third base to score on a Dan Van De Steeg single. Unlike Maple Plain, which had several runners caught off base, Hutchinson ran the bases well.

Tyler Schiller chops a double down the first base line in the second inning against Maple Plain. The hit proved clutch as Schiller later came around to score.

Huskies high-five each other as they walk off the field after a 13-8 victory Sunday night over Maple Plain.

The Hutchinson Huskies are one win away from qualifying for state, but also one loss from ending their season after going 1-1 in the first weekend of the Region 12C Tournament.

Going into the tournament, the Huskies were aiming for their fifth consecutive region title. But after a 5-2 loss to Loretto Friday in the first round, survival was the only thing on their mind. In an elimination game Sunday, they kept their season alive with a 13-8 win over the Maple Plain Diamond Devils. Now they’ll face the Maple Lake Lakers at 7:30 p.m. Thursday in Maple Lake for a do-or-die game to claim the final state bid out of the region.

And a region title isn’t out of the question either if they can string together four straight wins. It won’t be easy, but they’ve been in the biggest moments, so it’s all about focusing on playing their game.

“I like to play really loose,” catcher Cody Arlt said. “A bunch of the guys are like me and they just joke around, mess around, do what we do every day when you come to the park, and I think that helps us a lot.”

Hutchinson’s bats struggled to get going Friday as they managed only seven hits. Pitcher Jeremiah Van De Steeg struck out eight and scattered seven hits over seven innings, but he also hurt himself with six walks and was relieved in the middle of the eighth for Kyle Messner, who kept the Larks scoreless for the rest of the game. It wasn’t enough, though, as the Huskies failed to get anything going offensively, except for two runs in the fourth.

Sunday’s elimination game was much different as both teams hit the ball well. The Huskies struck first in the second inning when Arlt hit a looper over the second baseman’s head for a two-run single. Maple Plain tied it up in the top of the third and took a 3-2 lead in the fifth. Starting pitcher Evan Kohli was pulled after 4.2 innings after not being able to get the final out.

In the bottom of the fifth, however, the momentum shifted and the Huskies answered in about the best way possible with seven runs to take the lead back for good. Nine straight batters reached base that inning, and the team followed that up with four runs in the sixth inning to blow the game open. The Huskies piled on 16 hits in the game.

“We had some really good approaches with two strikes,” manager Mike Kutter said. “We didn’t get ourselves out, we didn’t strike out a lot like we did on Friday night. And clutch hits. We finally hit the ball with runners in scoring position and were able to score.”

The pitchers weren’t their sharpest, allowing 17 hits in the game, but they avoided big innings and never gave up more than three runs at a time to close out the win.

“It was a lot of hits, but they got out of it,” Corrow said. “No crooked numbers, just minimize once you get those guys on base. Just keep them where they’re at and nothing’s going to be affected by it.”

In other tournament results, the Buffalo Bulldogs and Delano Athletics, the top two seeds, won both of their games last weekend to claim the first two bids for the state tournament. They play in the semifinal Friday.

Dassel-Cokato and Maple Plain were the first two teams eliminated. On Wednesday, Loretto and the Howard Lake Orphans will play in the other do-or-die game with one team qualifying for state, and the other ending its season. The winner of that game will face the winner between Hutch and Maple Lake at 4 p.m. Saturday. The loser will take the fourth state seed, and the winner will go on to play at 7 p.m. Saturday against the loser between Buffalo and Delano.

The loser of Saturday night’s game will take the third state seed, while the winner will move on to the region final at 1 p.m. Sunday in Maple Lake. It’s a long road if the Huskies hope to be region champs again, but they’ll have to take it one game at a time, beginning with the Lakers Thursday.

“We’ll have the same mentality (Thursday), same thing going,” Arlt said. “We’ve just got to play the way we play and hopefully things will turn out.”