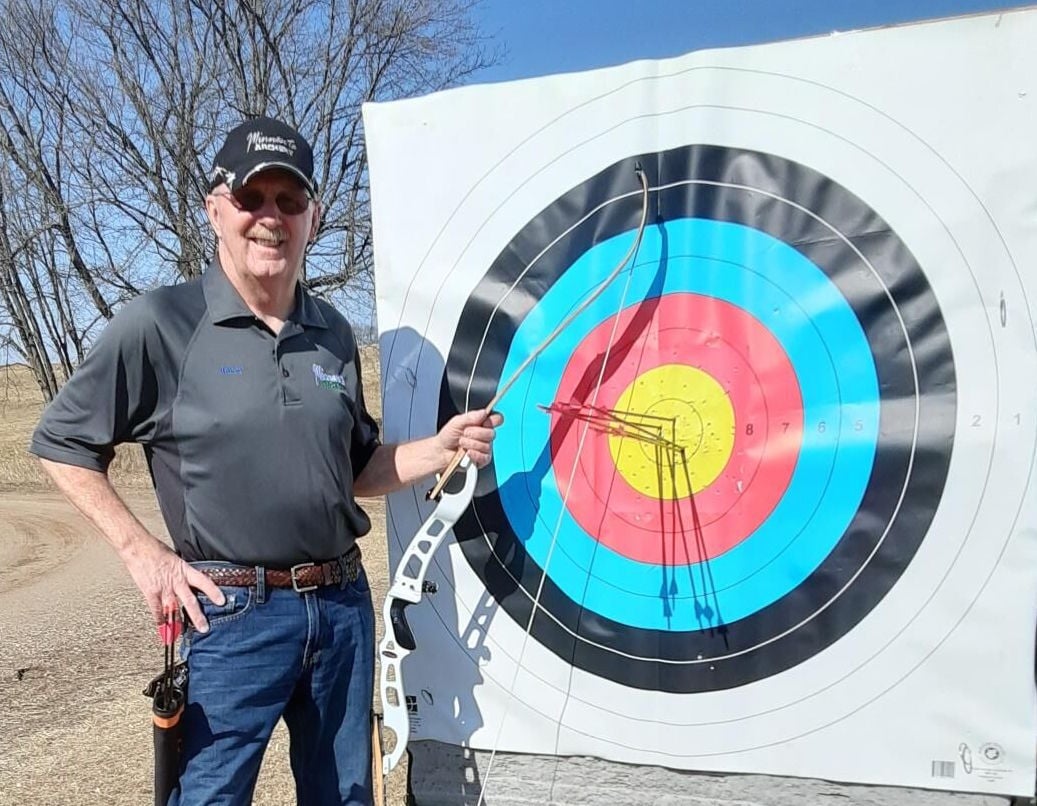 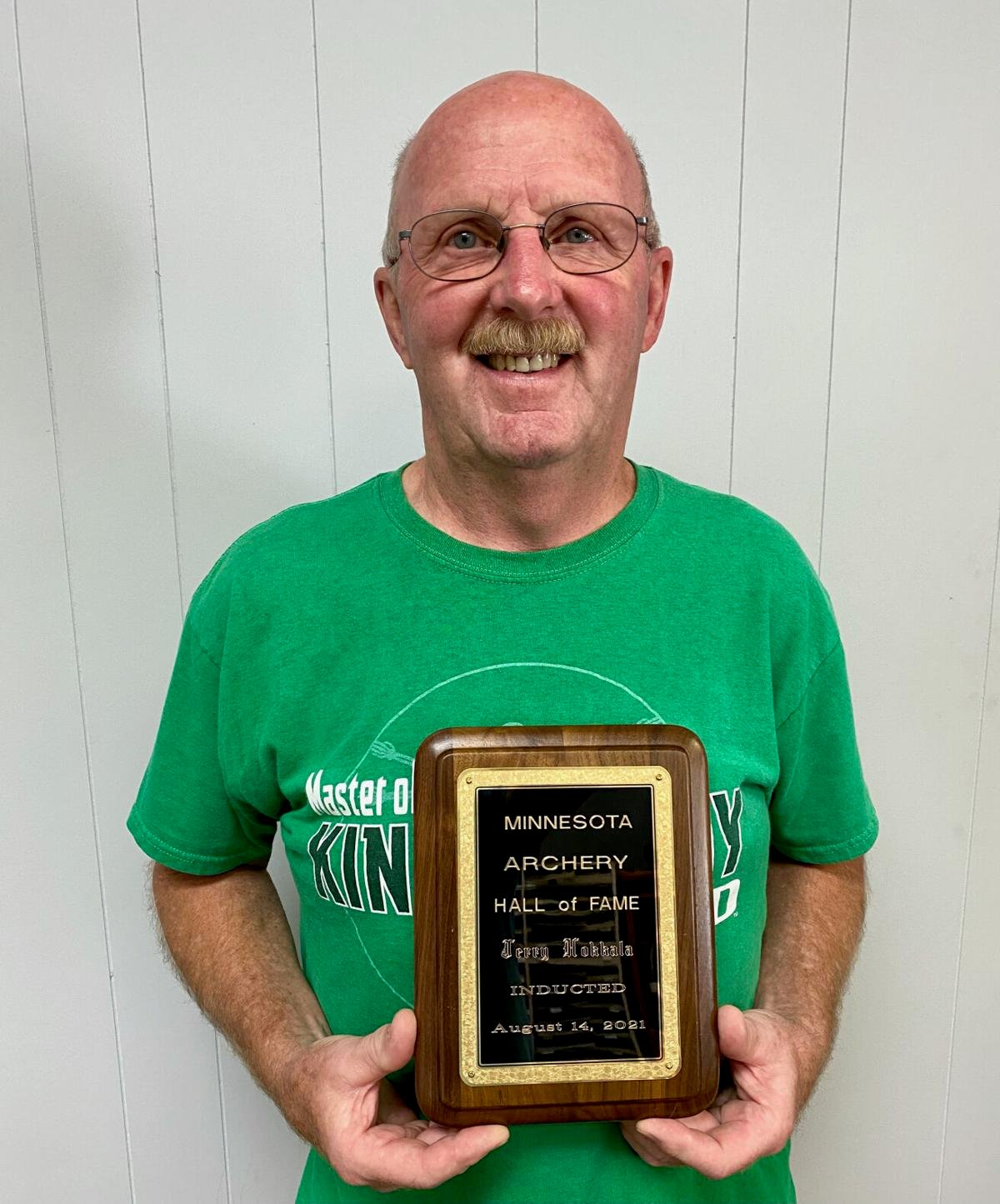 Jerry Hokkala didn’t buy his first bow and arrows until he was 40 years old.

Despite the late start, he became a record-breaking participant in the sport during the next three decades. And last month, Hokkala’s stellar archery career earned him induction in the Minnesota Archery Hall of Fame.

Hokkala was one of seven people inducted during a ceremony Aug. 14 when more than 180 friends and family crowded into the South Haven City Hall for the ceremony. They gathered to celebrate a career that — so far — has included:

If the various state tournament championships were not enough, Hokkala also set 39 state records, some of which still stand.

It’s an impressive resume, especially for someone who wasn’t all that sure that he had time for archery back in the late 1980s.

According to Hokkala, it was only after a close friend “bugged me” incessantly to give bow hunting a try that he finally consented to learn about the sport.

“All I ever did was gun hunt,” Hokkala said. “So I finally went with him, and I was hooked. I thought, ‘I gotta do this. This is just awesome.’”

Not long after that first experience, Hokkala purchased his first bow and sought advice on how to improve.

Before long, he was working with Roger and Jan Eckert of Kingston — inducted into the state hall of fame four years ago — to establish an archery club in the area. They found an empty building, a former hardware store, in Kingston that they believed could be converted into an eight-lane indoor archery range.

The range, which opened in 1995, helped generate interest in the Kingston Archery Club, of which Hokkala was the first president. The club started slowly, with about 10 members in the early years, but as word spread, it grew to around 40.

The club eventually lost its lease on the Kingston range after several years, so Hokkala traveled to Hutchinson or St. Cloud to hone his archery skills in the winter.

Before long, the Hokkalas had added a 10-by-40 lean-to on the north end of their pole barn, and “I’ve got an indoor range at my house now, so club members can come over and shoot if they want,” he said.

As much as Hokkala enjoys archery, he believes it’s important to share his knowledge with others — just as his friend did those many years ago. Hokkala’s willingness to train others was a part of his hall of fame nomination.

“I have known Jerry for almost five years and he never ceases to amaze me,” the Rev. Christian Muellerleile, pastor at Zion Lutheran Church in Litchfield and one of Hokkala’s archery students, wrote in a note to the hall of fame selection committee. “He is not only the best archer I know, he is a great human being. Jerry has been very generous to share his time, talent and love of archery with me and my son. I have Jerry to thank for our family’s love for archery.”

Those words mean a lot to Hokkala. He’s eager to do whatever he can to broaden the interest in archery.

Among projects the Kingston Archery Club undertook in its heyday in the late 1990s was cleanup of what is now Woodland Park off Minnesota Highway 15 between Dassl and Kingston. The club asked the county for permission to set up 3D archery shoots in the area of an old gravel pit the county owned. That soon grew to the club cutting trails and cleaning up the land.

“It was kind of like a dump. People would drive back in there and dump their stuff,” Hokkala said. “We said, ‘We’ll clean this up. You just get the dumpsters out her for us.’ We cleaned everything up, and it all got turned into a park. And they still let us use it for two weekends a year for our 3D hunts.”

Hokkala also offered technical assistance when Litchfield set up its outdoor archery range on the south side of Lake Ripley.

It was all part of sharing the joy of the sport, he says.

“Bow hunting is still big, not as big as it used to be. Of course, a lot of the sports aren’t like they used to be now,” Hokkala said. “Target archery numbers have gone down quite a bit though.

“I just enjoy it … there’s nothing like it,” Hokkala said. “More people should give it a try.”