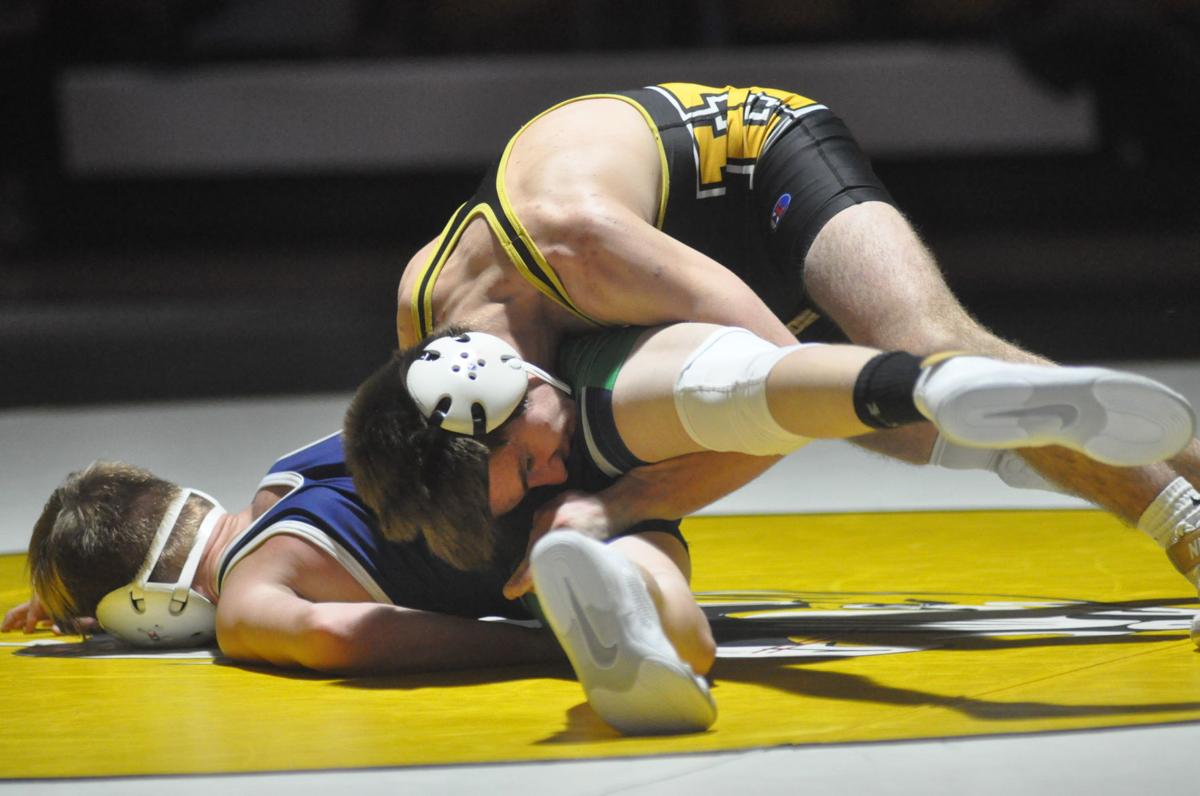 Tristian Lang works his opponent Devin Steinhaus and tries to roll him on his back for a pin during their 126-pound match. Lang won a 6-1 decision. 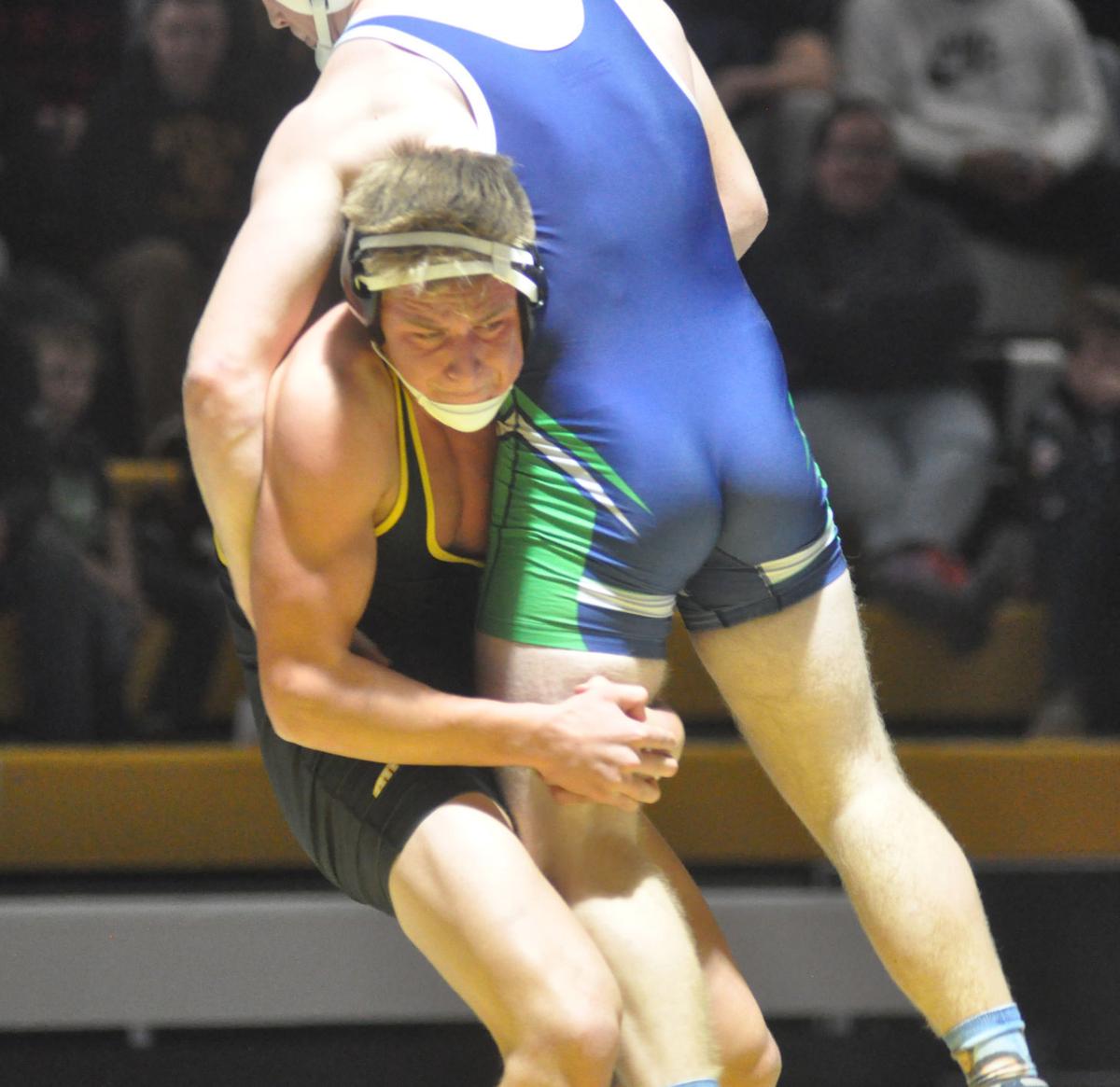 Heavyweight Tanner Gill lifts Jace Butcher during their match. Gill pinned Butcher in the second period, but it wasn’t enough to help the Tigers win.

Tristian Lang works his opponent Devin Steinhaus and tries to roll him on his back for a pin during their 126-pound match. Lang won a 6-1 decision.

Heavyweight Tanner Gill lifts Jace Butcher during their match. Gill pinned Butcher in the second period, but it wasn’t enough to help the Tigers win.

The Hutchinson/BLHS wrestling team was hoping for a triumphant showing in front of its home crowd Friday for its first home match of the season. But No. 8-ranked Dassel-Cokato/Litchfield spoiled the homecoming with a 33-24 win over the Tigers.

Whalen Gymnasium was packed with fans from both teams, filling up most of the stands on both sides of the gym and cheering for their wrestlers as they went to rumble.

The meet itself was close through the first half, but DCL gradually pulled away in the middle weights.

“Our expectations were pretty high,” Tiger Tanner Gill said. “We had a pretty good feeling coming into it, we just didn't finish as strong as we thought we would.”

After giving up a pin and decision in the first two matches, Grant Peirce and Tristian Lang earned a pair of decisions to keep Hutch close. The next four matches went to DCL, however, and put Hutch in a 27-6 hole it never recovered from. The Tigers won four more matches, including a pair of pins at 220 and 285, but it wasn't enough.

There were a few matches in which Hutch could have turned the tide of the meet, such as Treyton Card's match at 113 pounds. He was down 4-1 heading into the final period against Alex Joedeman. Three points is more than you might think at 113 pounds, but if Card had pulled it out it might have changed the outlook early.

“We just need to get out there and wrestle our matches,” Tristian Lang said. “I feel like we left a lot out there on the mat, we just got to come back to practice next week and work to get better. I think we can very easily beat that team.

The biggest missed opportunities for the Tigers were Payton Jepsen at 145 and Jesse Reiner at 170. Jepsen led 6-4 over Sam Marx but was outscored 6-1 in the second period and 2-1 in the third to lose the decision. Reiner was tied with Hayden Hoernemann after the second period, but Hoernemann scored three in the final period for the 5-2 decision.

“In the big picture, if we get better because of (losing close matches), and we can improve from here and win matches down the stretch that we need to by pulling out some of those close matches, I'll be a lot happier than today.” head coach Todd Card said. “But the kids know it. I'm not faulting them. Their effort was great. There's just a couple of situations that could have easily gone the other way and we didn't make it happen.”

After waiting weeks for their home match, the Tigers (7-2, 0-2 Wright County Conference East) are home again this week. They were scheduled to host a triangular Tuesday with Delano and Tri-City United at Buffalo Lake-Hector-Stewart High School, and at 10 a.m. Saturday they host an invitational at Hutchinson High School.