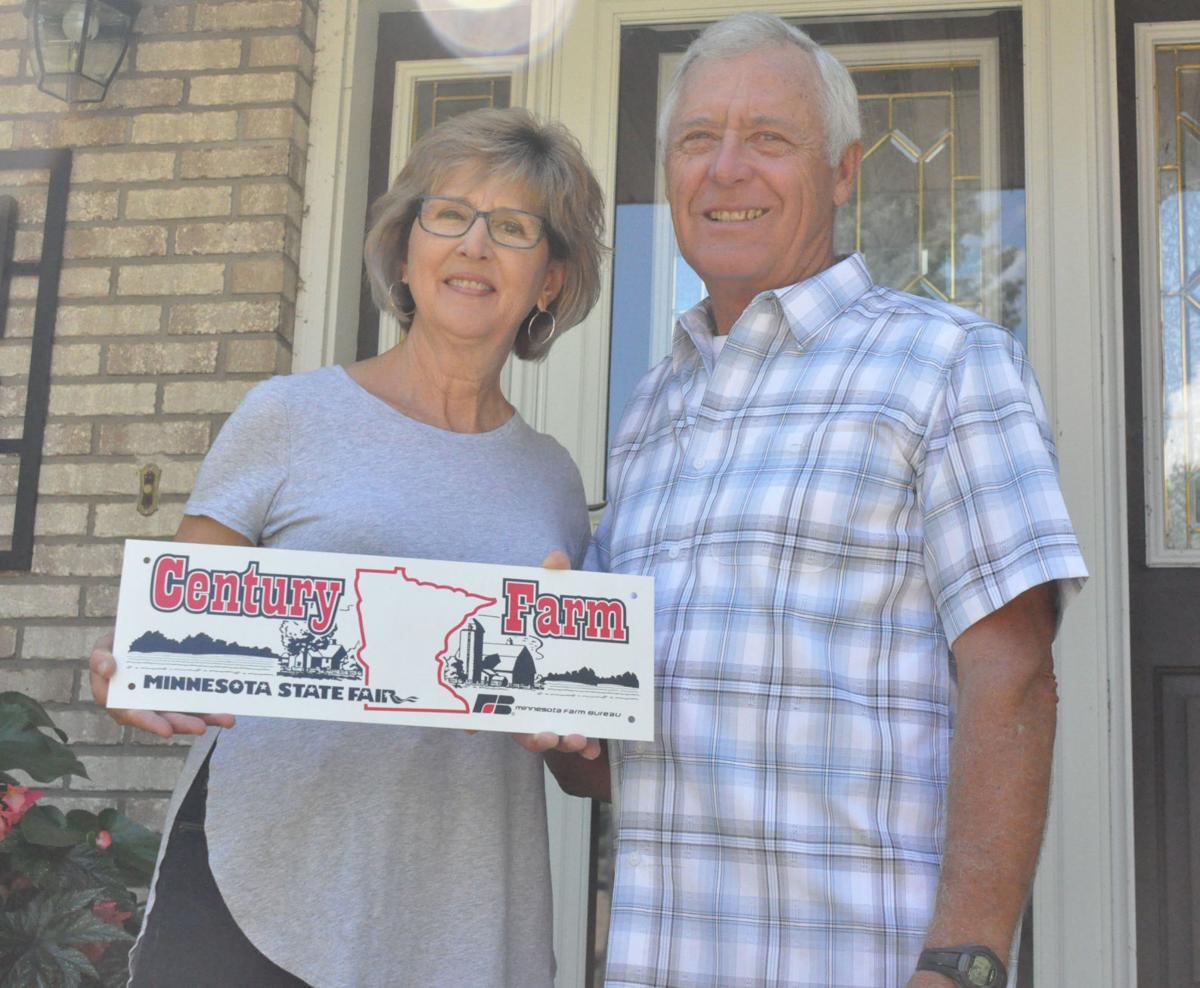 Tom and LeMae Maiers are owners of the Maiers Family Farm near Stewart, which was recognized this year as a Century Farm. They’ve owned the farm for the past 24 years and their middle son Jonathan is currently operating the farm. 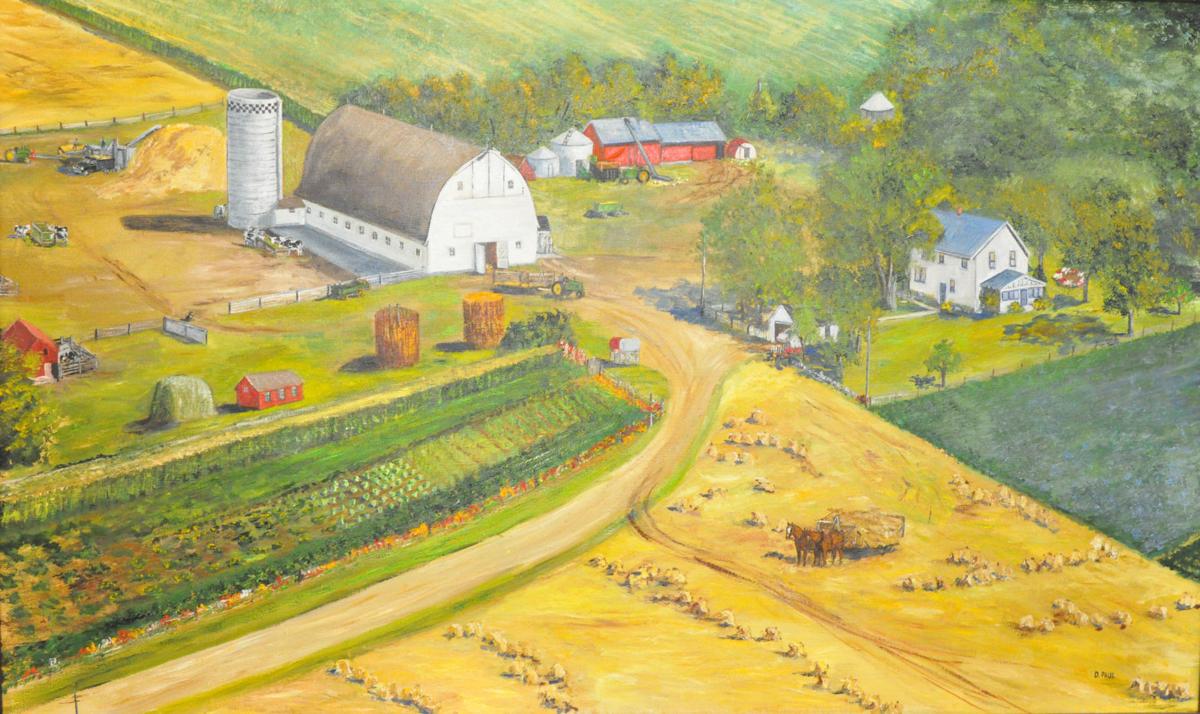 Artist Dorothy Paul created this original oil painting of the Maiers Family Farm for Henry and Grace’s 50th wedding anniversary. Included in it are horses and how loading freight was done, as well as tractors to illustrate the passage of time. 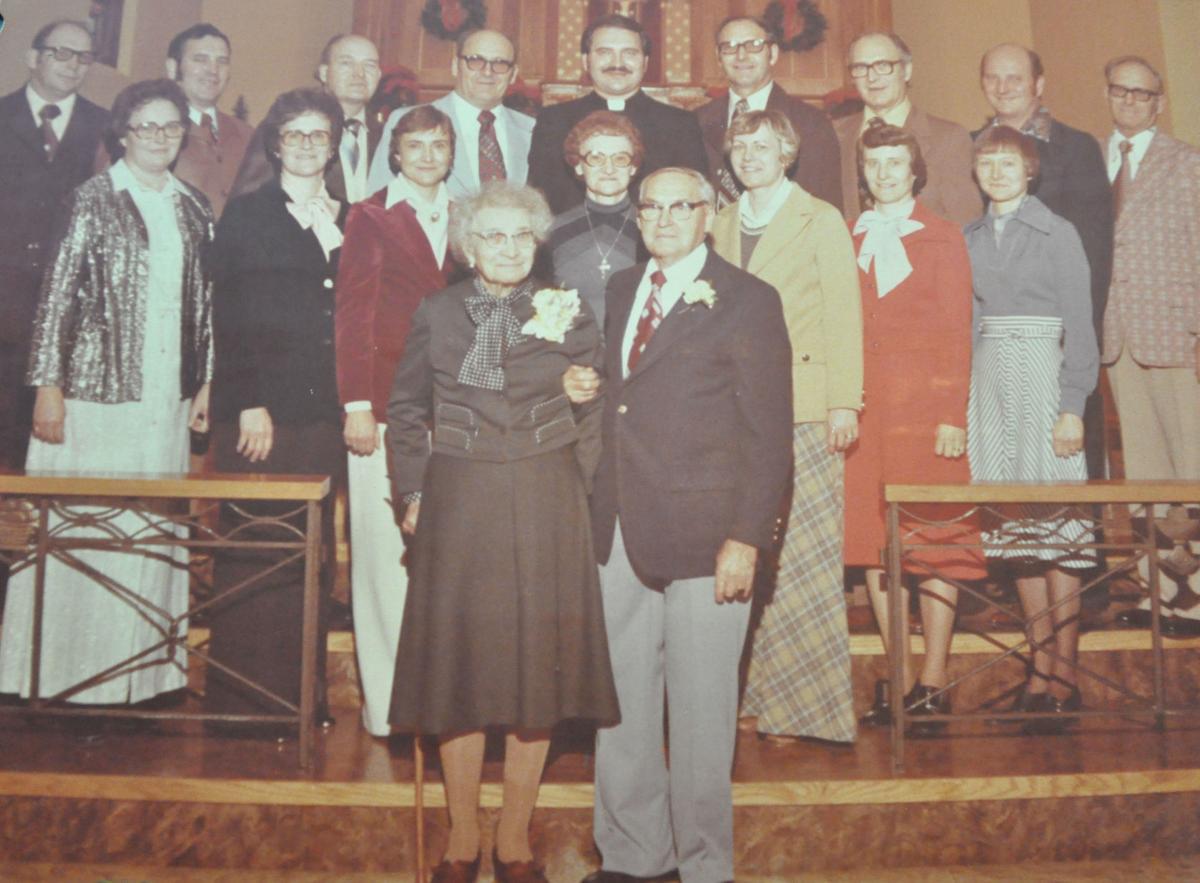 Henry and Grace Maiers of the Maiers Family Farm near Stewart, along with their children.

When Tom Maiers' grandfather Henry purchased his family's 153-acre farm in northern Stewart back in 1919, it cost him $125 an acre. When the land was first purchased in 1868, it was just $3.33 an acre, Tom said, and the price has been rising ever since.

This year, the Maiers Family Farm was officially recognized as a Century Farm by the Minnesota Farm Bureau and State Fair. To earn this recognition, the farm must be under continuous family ownership for at least 100 years, and have at least 50 acres or more.

Henry Maiers grew up in Hospers, Iowa, and when he was about 12 or 13 years old, he rode to Minnesota in a rail car with a group of heifers his parents were sending to Henry's older brothers in Minneapolis. There, Henry began working with his brothers just southwest of Stewart and began to make a life for himself.

There is no special story about how Henry got the land. He married Tom's grandmother Grace, and shortly after Henry purchased the farm.

Tom's grandparents raised corn, soybeans, sugar beets, alfalfa and hay, along with raising dairy cows, hogs, chickens and a rather large garden. A big reason for the huge garden was to feed their large family, as Henry and Grace had 17 children. That's a lot of mouths to feed, but it's also a lot of help around the farm.

“That's probably one of the more interesting things about the century farm,” Tom said while trying to contain his laughter. “I had 10 uncles and seven aunts, but they had a large family.”

The difference between the oldest and the youngest children was around 20 years, giving Henry and Grace plenty of assistance on the farm. Today, only five of the 17 siblings remain. Tom is proud of how his grandparents raised 17 children while taking care of the farm.

While the children were raised on the farm, many were not interested in farming themselves. Henry and Grace were devout Roman Catholics and passed that tradition on to their children as one son became a priest and four daughters became nuns.

Tom's father, Paul, bought the farm from Henry in 1969. Paul and his wife, Margaret, owned it for the next 26 years before then selling it to Tom and his wife, LeMae, who have been the farm's caretakers for the past 24 years

While attending college at St. John's University, Tom wasn't sure about going into farming. But when he was given the opportunity to return to the farm after his junior year, he took it and hasn't looked back.

“I have been farming ever since,” he said. “We've had a good life raising four wonderful children. And we're still at it.”

Tom and LaMae have had four children, three sons and a daughter. Their middle son Jonathan, 39, is currently operating the Maiers Family Farm.

“He'll be continuing operation into the next decades,” Tom said.

Should the U.S. Senate wait to replace Justice Ruth Ginsburg until after the next president is sworn in?

Supreme Court Justice Ruth Bader Ginsburg died Friday at the age of 87. With the election less than six weeks away, talks of her replacement on the court have already started. Should the U.S. Senate wait to replace Justice Ruth Ginsburg until after the next president is sworn in? Tell us what you think in this week's Leader online poll.