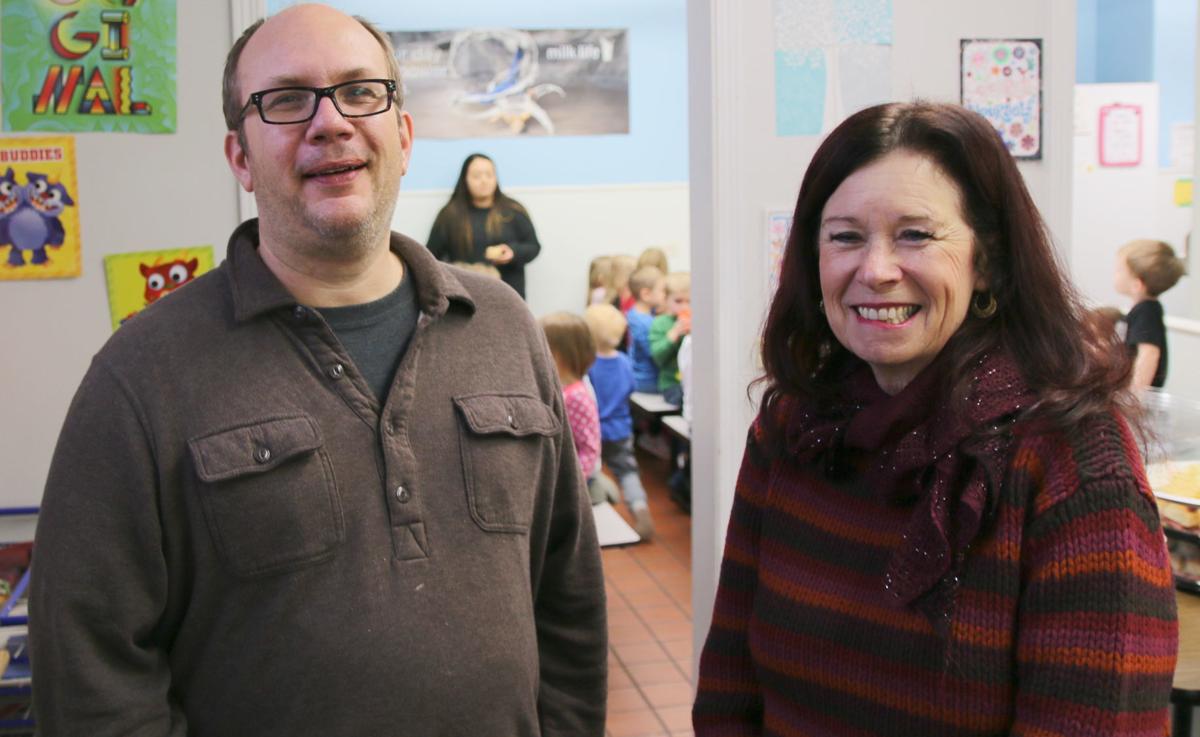 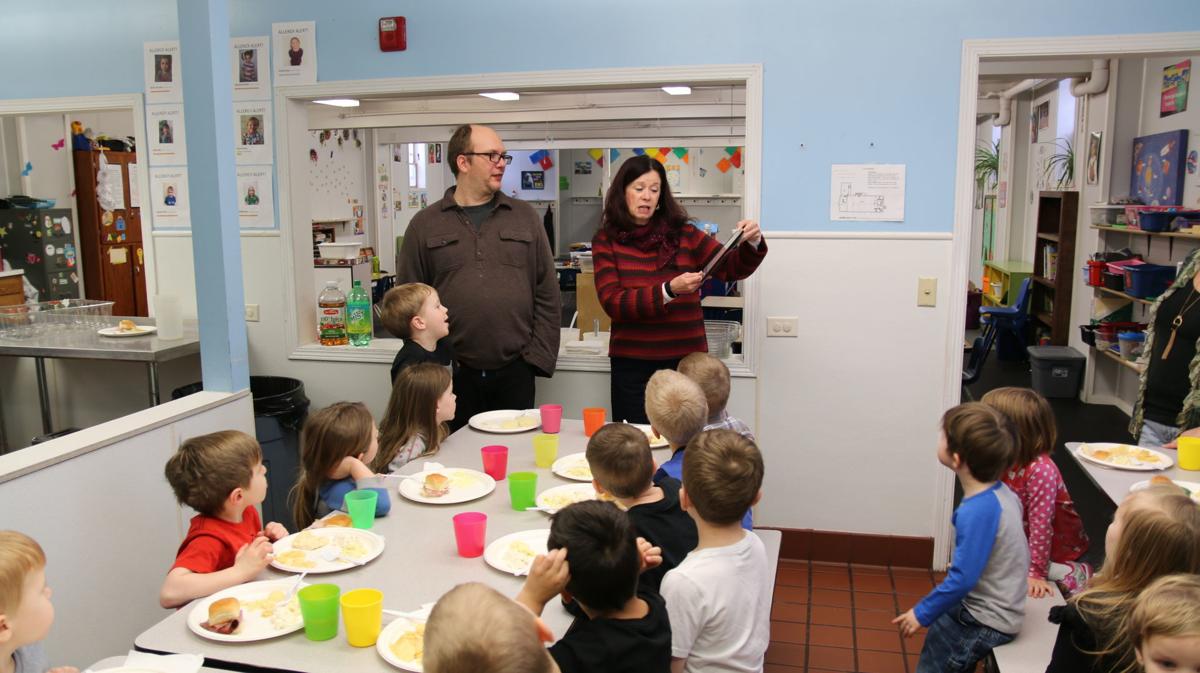 Colleen Kotila presents a certificate of appreciation to Brian Heuring. 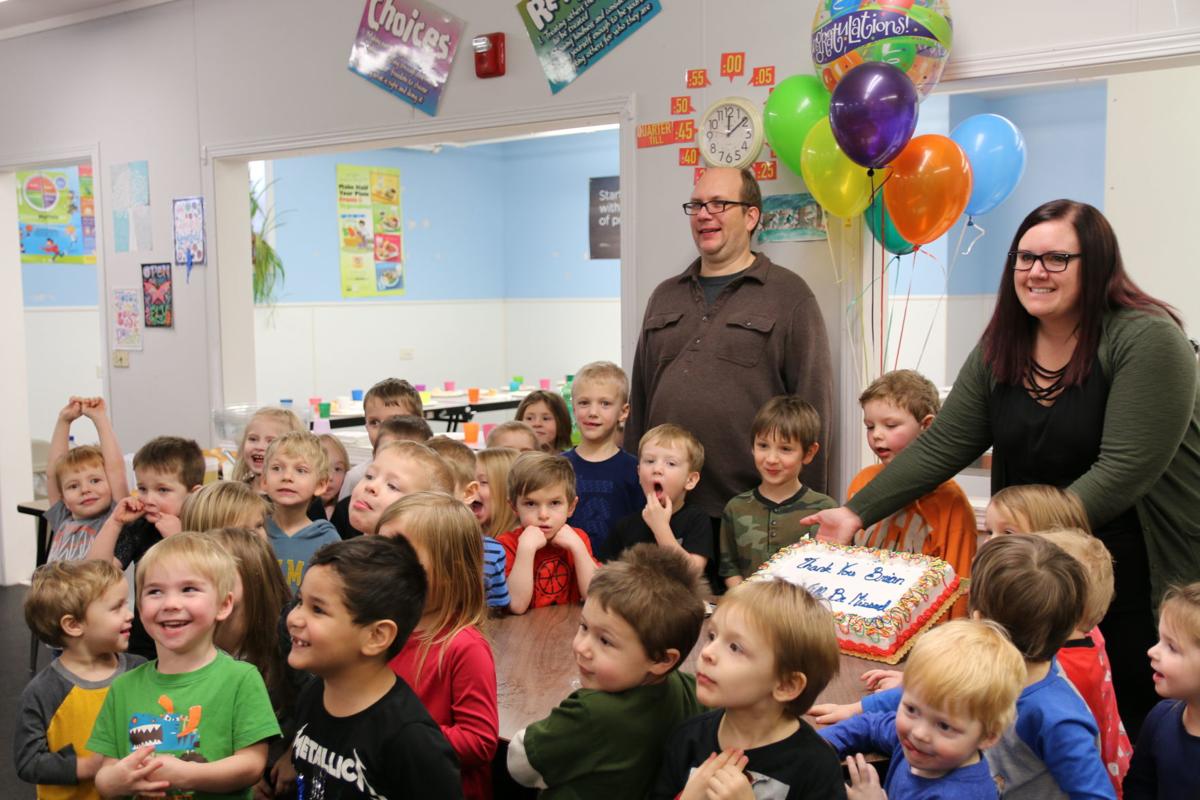 Colleen Kotila presents a certificate of appreciation to Brian Heuring.

After working as a janitor, cleaning, helping with kids and organizing lunch for nearly 20 years, Brian Heuring bid farewell Friday to the kids and staff members of Stay ‘N Play Child Care Center.

Heuring’s mother died last fall, which is why he is moving to Plymouth to be closer to his family, Kotila said. The staff and kids of Stay ‘N Play are incredibly sad, she said.

“I’m happy for him to be close to his brother, but we’re going to miss him,” Kotila said. “We have a very special guy here.”

Heuring is on the Autism spectrum. When he was younger, he used to make associations between colors and objects or people, he said.

“I used to take every person and object and associate it with something and make a rule out of it, too,” Heuring explained. “Like not having something because of a certain color or what it reminded me of. I try not to do it as much. I at least know now that it’s just made up, that I can just do whatever — now I can just learn that people are people, and they have nothing to do with those associations.”

Every summer Heuring gives presentations about what it’s like living with Autism through the Autism Society of Minnesota, he said.

“Basically, I talk a lot about school experiences,” Heuring added. “My goal was to give parents hope — that there’s still hope for their child with Autism. I get a lot of training on self-advocacy — advocating change together. I participated in partners and policy-making with my mom — that was really exciting.”

When Heuring was younger, his associations or obsessions interfered with his schoolwork and job, he said.

“I wouldn’t let go (or) let out my feelings at work, because I didn’t feel safe,” he said. “But at home I would let my feelings out. Because I knew that my mom would always love me no matter what. I felt safer with my mom.”

Heuring said it has been helpful to work with people who understand or try to understand how to associate with him.

“But I sometimes don’t understand why I do things with my autism,” Heuring said.

During his early years of work at Stay ‘N Play, Heuring took his colleagues’ criticism personally, and the different personalities were interesting to him.

“(Kotila) taught me not to take people personally,” he said. “Not to take something seriously. It’s not about me — that it’s about them — that’s what I mean.”

“All of us, once in a while, somebody has to tell us that we have to do something differently,” Kotila interjected. “And that was tough for (Heuring). He thought sometimes it was a criticism, but it wasn’t.”

Jackie Snabb knows Heuring well, as they have worked closely with each other for the past two decades. Snabb said nobody mops her classroom floor better than Heuring.

“They’ve tried, but they can’t do it,” she said. “(Heuring’s) very dependable. He knows what is to be expected and he just does it.”