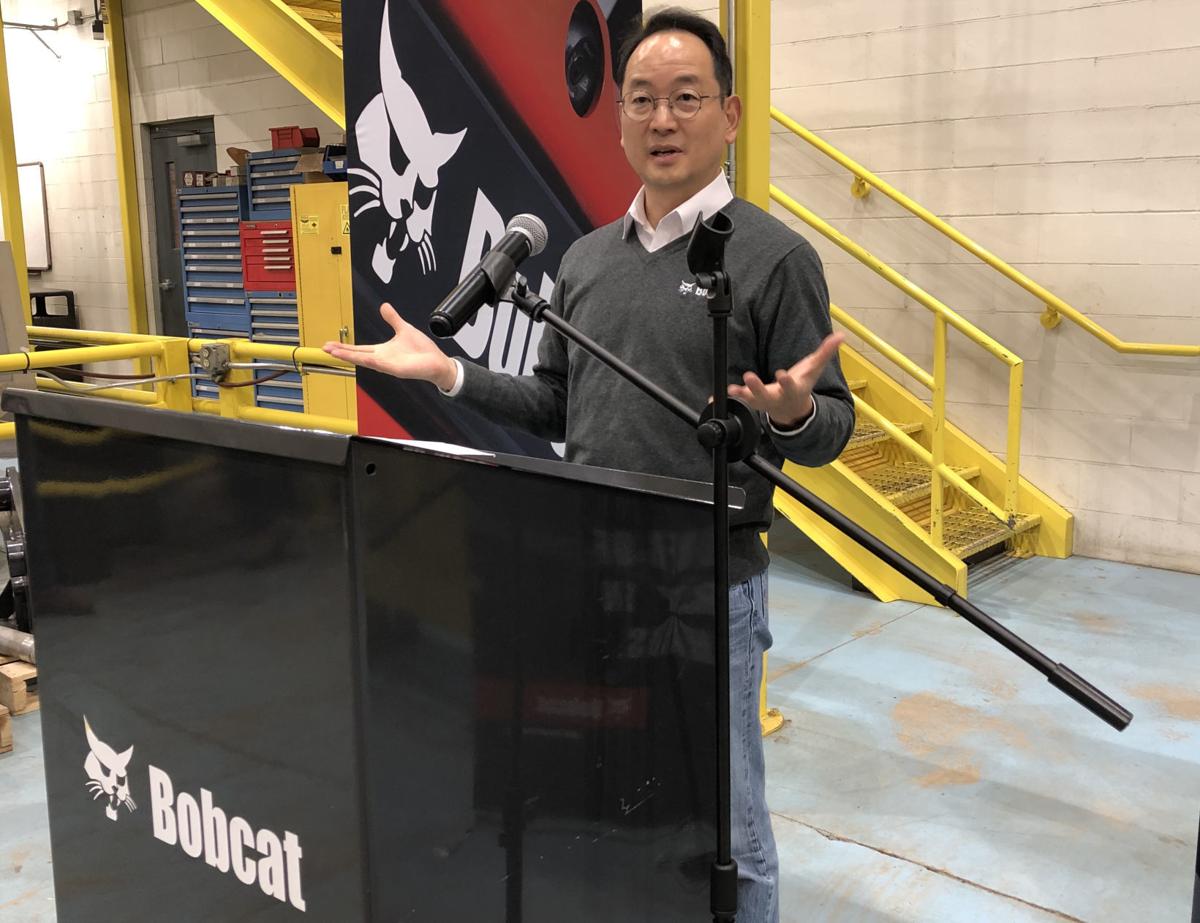 Scott Park, president and chief executive officer of Doosan Bobcat, talked about the expansion phase of the Litchfield facility during a commemoration ceremony. 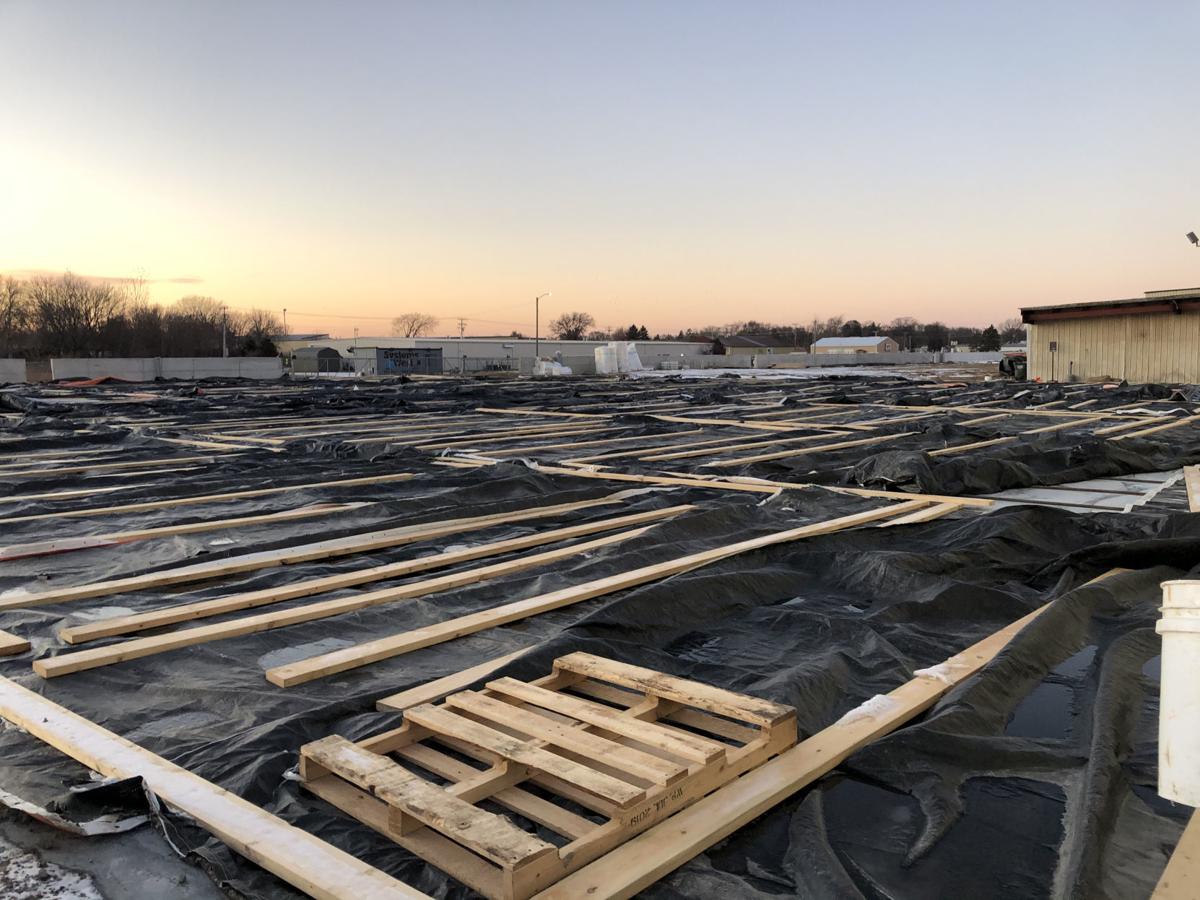 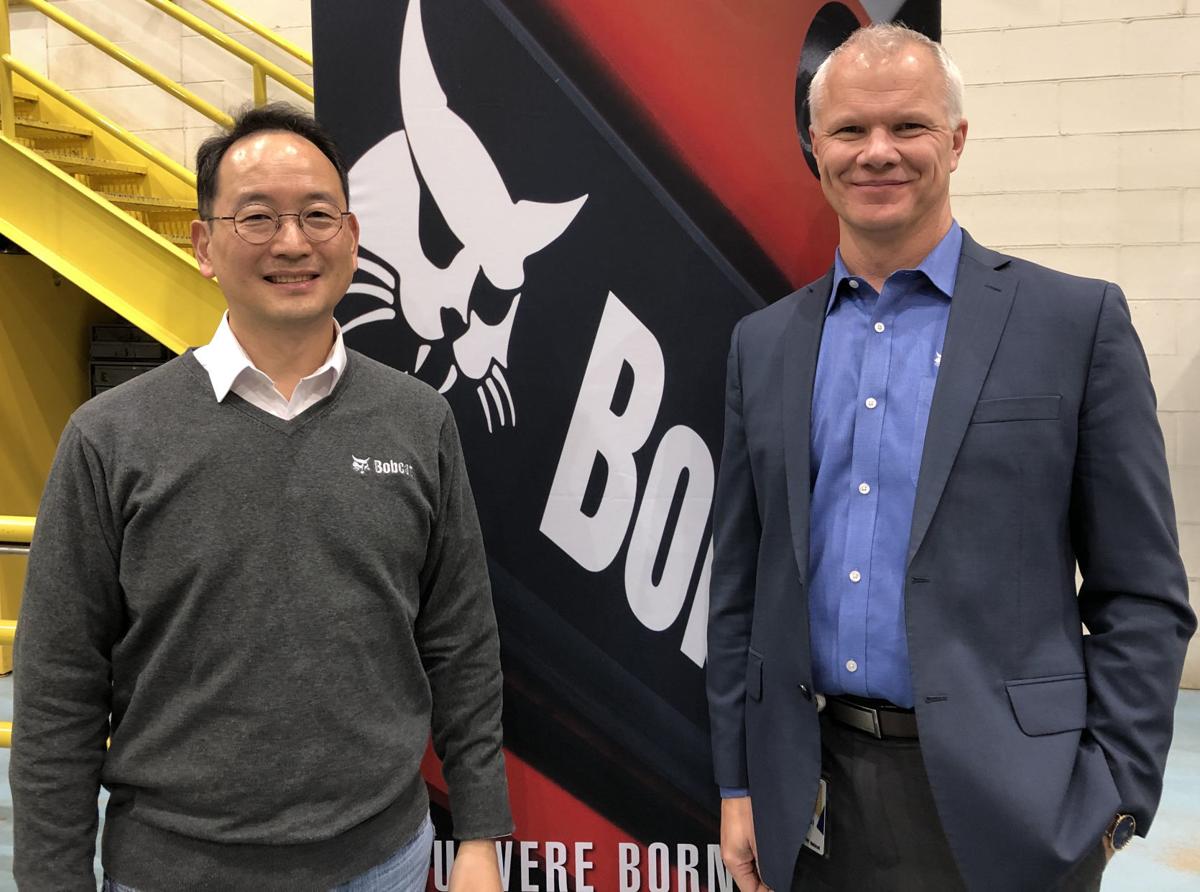 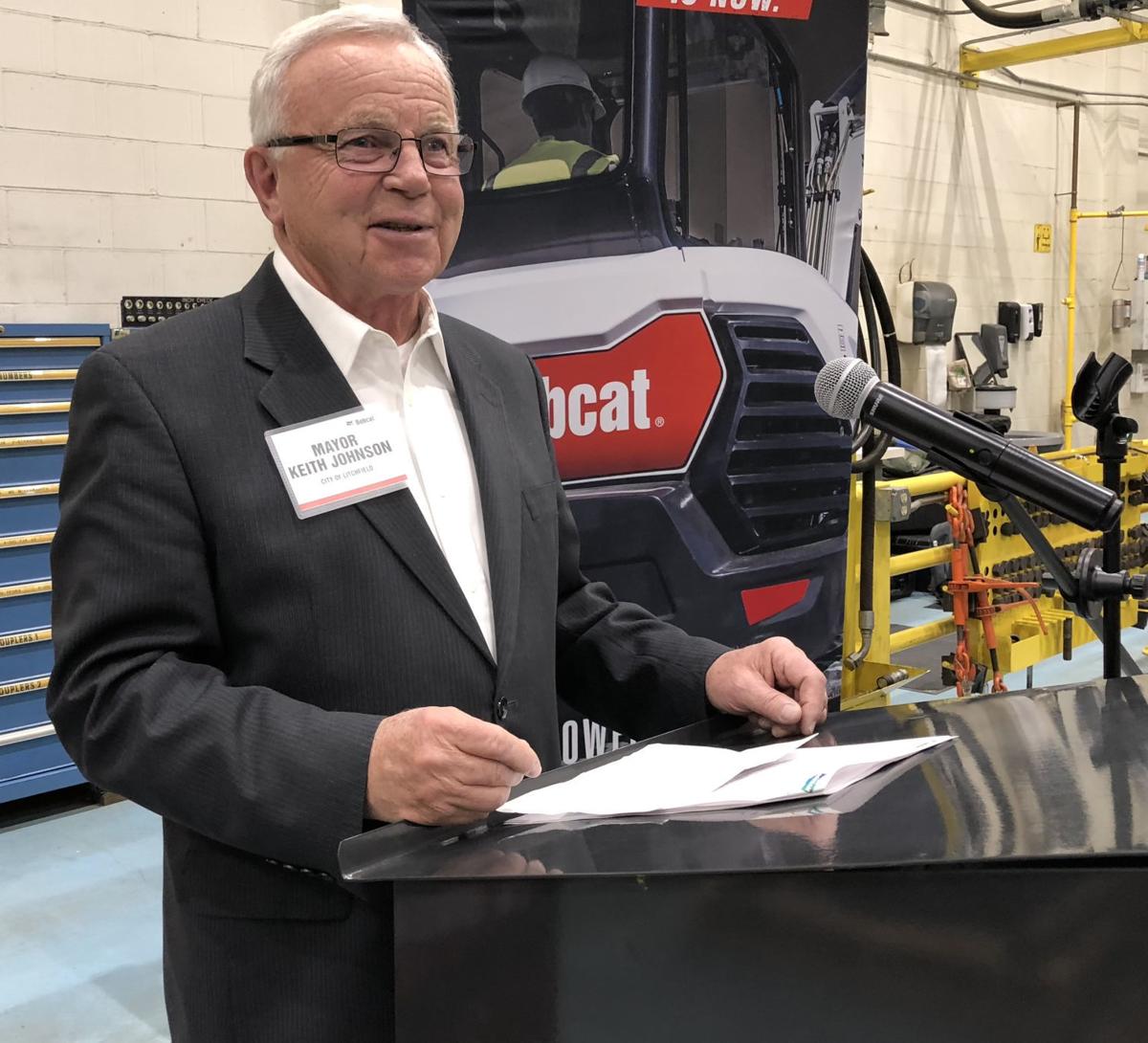 Litchfield Mayor expressing his gratitude for the possibilities the expansion of Doosan Bobcat will have for the economic growth of Litchfield. 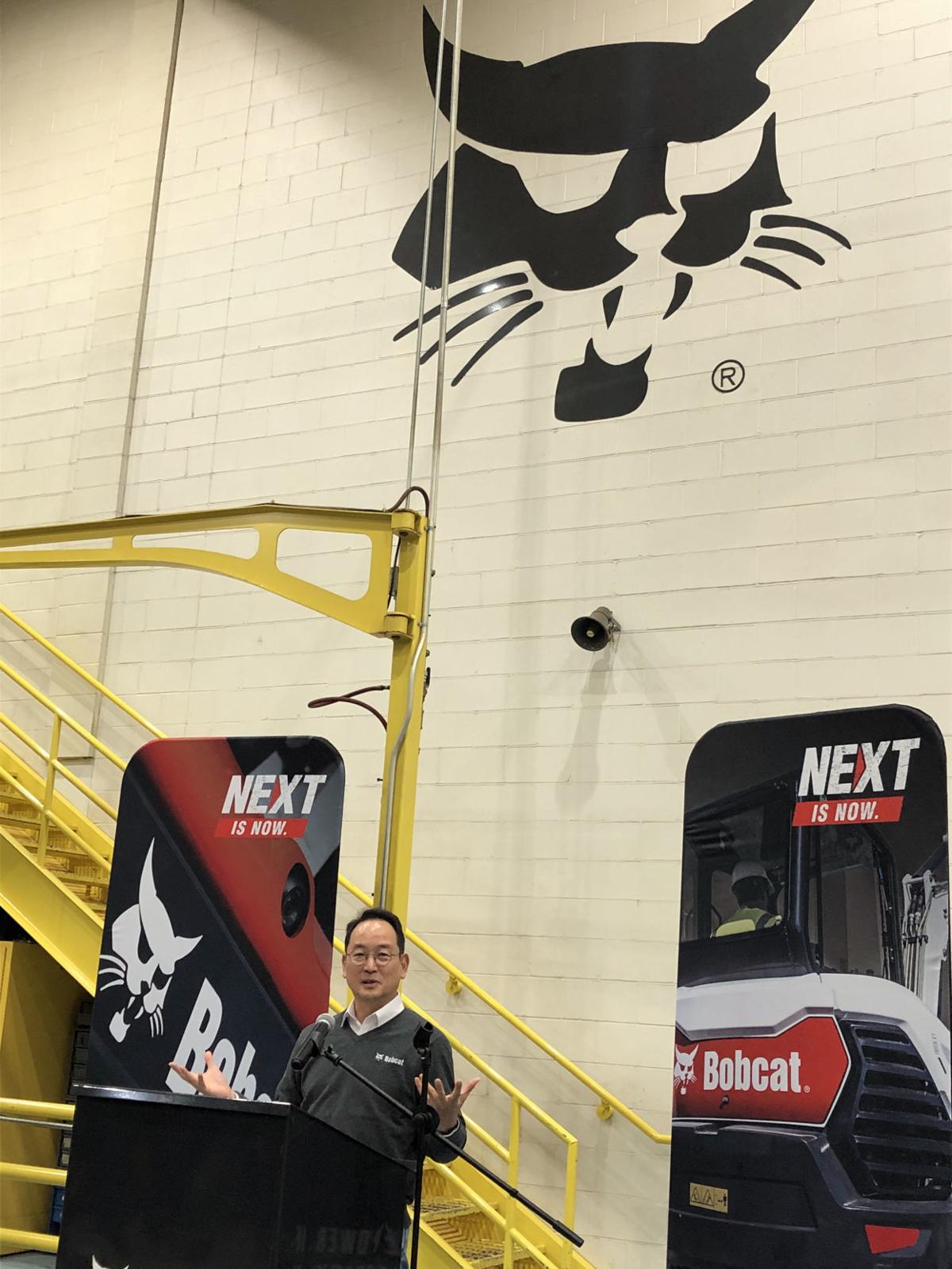 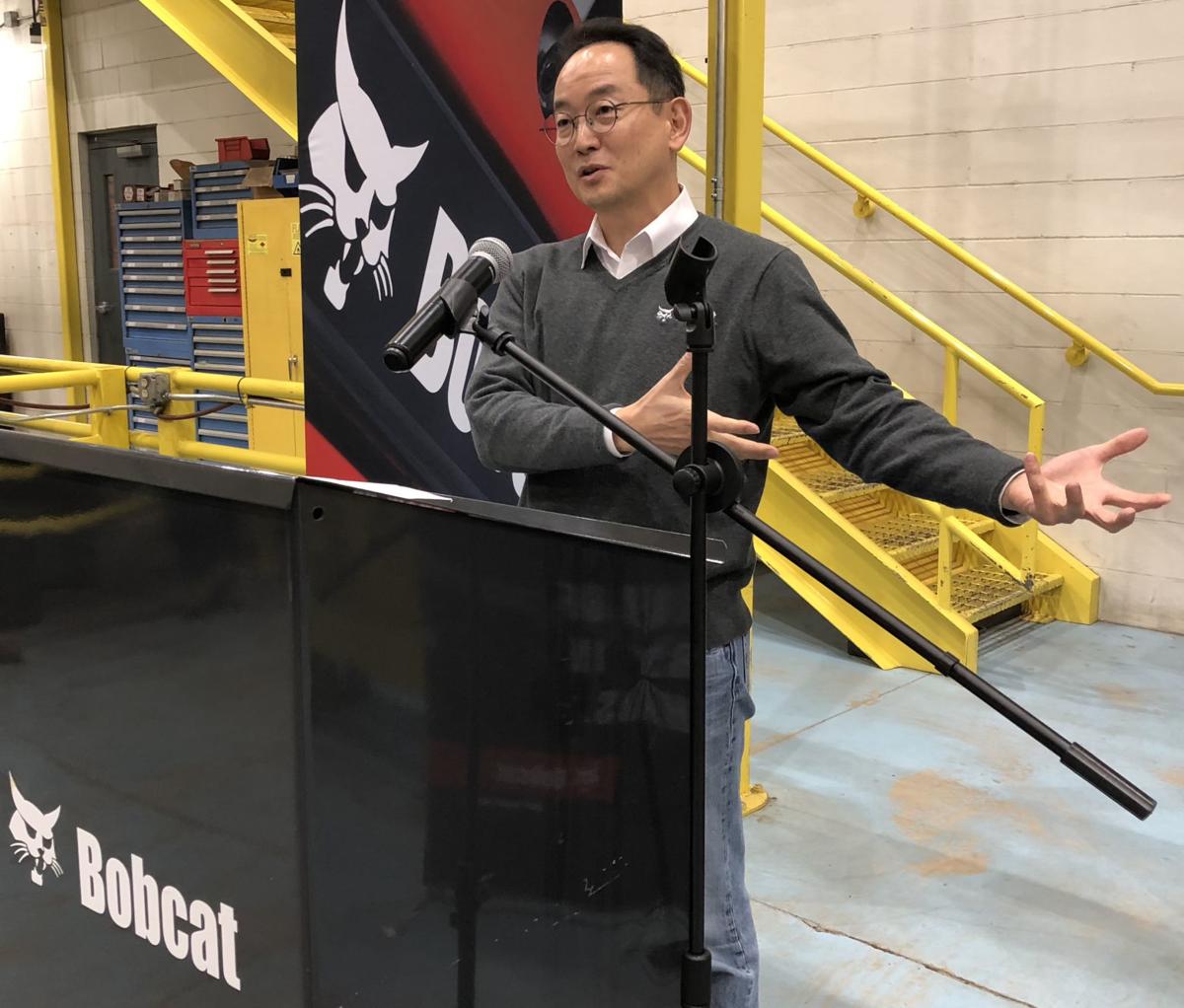 Scott Park, president and chief executive officer of Doosan Bobcat, talked about the expansion phase of the Litchfield facility during a commemoration ceremony.

Litchfield Mayor expressing his gratitude for the possibilities the expansion of Doosan Bobcat will have for the economic growth of Litchfield.

The $26 million investment plan follows an increasing demand for Bobcat to grow its line of compact equipment and attachments, according to company news release. Bobcat officials boasted during a commemorative event to announce the expansion that significant economic advantage will emerge once the project is complete and operational.

“This facility is going to be the largest attachment facility that we have in all of Doosan Bobcat,” said Scott Park, president and chief executive officer of Doosan Bobcat. “So we’ll have a lot of new attachments coming out of here. We’re going to be developing — actually creating more attachments to be able to make our products even more productive, and having this facility will enable us to expand that portfolio.”

The Litchfield Bobcat facility produces buckets, augers, snowplows and other attachments that go on Bobcat excavators and loaders sold throughout North America.

“It’s really, really important that Litchfield is a town that’s been picked by a global leader like Bobcat,” Mayor Keith Johnson said, “to come out here and expand in a huge way. And to bring so many new employees to our community. Not only does our town benefit, but Meeker County, McLeod County, Kandiyohi County and Stearns County benefit.”

Before Park’s arrival in Litchfield, he visited Minneapolis for the opening of the company’s $2 million Global Collaboration Center, which will be under the supervision of Alvaro Pacini, former president of Doosan Bobcat’s Europe markets.

The Litchfield construction is underway, with completion expected by September 2020. The project will modernize the production facility — adding new paint lines, a climate-controlled environment, assembly line upgrades and other features. The project will triple the size of the facility from 60,000 to 200,000 square feet.

“One of the things that I talked about was the ‘global leader and compact’ that’s our vision,” Park said. “Our vision is that in the next five years that the global business reaches over $7 billion. And a big component of that is attachments, because not only is it a big component from a revenue perspective, but that’s what differentiates our products. We have more optimized attachments than any of our competitors. So that’s what allows our customers to have a high usage of our products.”

Bobcat officials hope to draw workers from a radius of about 45 miles of Litchfield, said Mike Ballweber, president of Doosan Bobcat North America.

“And we have some examples in some of our other facilities where we’ve been able to do that,” Ballweber said. “You’re starting to touch on the edge of St. Cloud and some of those surrounding areas that we can draw on — having people come and work here.”

Doosan Bobcat has been continuing to grow, Ballweber said, “really, since the last recession, we’ve been in a pure growth mode.”

The Litchfield expansion project will include additions to blue-collar and white-collar positions, Ballweber said.

“We are going to put new assembly lines in,” he said. “So there’ll certainly be new equipment, whether it’s lasers, brake presses and a paint line; and with that will come jobs. We’ll need additional manufacturing engineers.”

Ballweber said the Litchfield facility expansion project will need the support of the community in terms of developing more housing options, childcare facilities and others for sustaining a growing workforce.