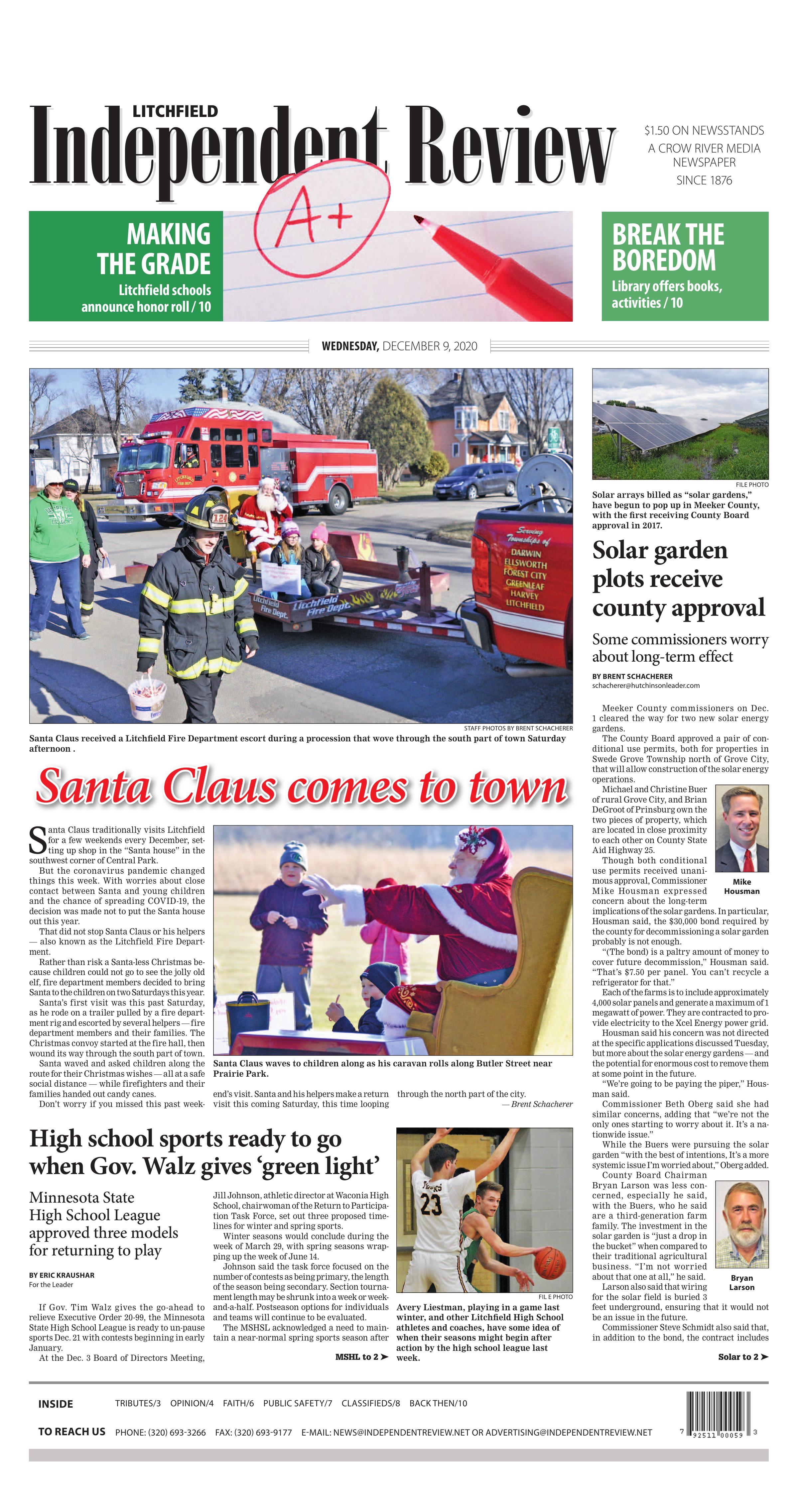 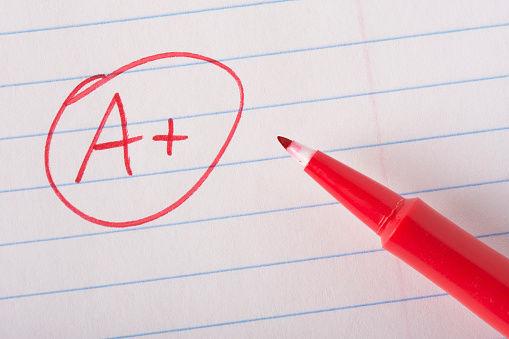 Santa Claus received a Litchfield Fire Department escort during a procession that wove through the south part of town Saturday afternoon .

Santa Claus waves to children along as his caravan rolls along Butler Street near Prairie Park.

Santa Claus waves to a youngster who was perched on his father’s shoulders.

Santa Claus waves to a youngster who was perched on his father's shoulders.

Sara Shoutz and her children, Zoe, 11, and Cyrus, 3, were among the first to witness Santa's arrival as they received candy canes from a firefighter at the corner of Third Street and Swift Avenue.

Santa Claus traditionally visits Litchfield for a few weekends every December, setting up shop in the “Santa house” in the southwest corner of Central Park.

But the coronavirus pandemic changed things this week. With worries about close contact between Santa and young children and the chance of spreading COVID-19, the decision was made not to put the Santa house out this year.

That did not stop Santa Claus or his helpers — also known as the Litchfield Fire Department.

Rather than risk a Santa-less Christmas because children could not go to see the jolly old elf, fire department members decided to bring Santa to the children on two Saturdays this year.

Santa’s first visit was this past Saturday, as he rode on a trailer pulled by a fire department rig and escorted by several helpers — fire department members and their families. The Christmas convoy started at the fire hall, then wound its way through the south part of town.

Santa waved and asked children along the route for their Christmas wishes — all at a safe social distance — while firefighters and their families handed out candy canes.

Don’t worry if you missed this past weekend’s visit. Santa and his helpers make a return visit this coming Saturday, this time looping through the north part of the city.

At the Dec. 3 Board of Directors Meeting, Jill Johnson, athletic director at Waconia High School, chairwoman of the Return to Participation Task Force, set out three proposed timelines for winter and spring sports.

Winter seasons would conclude during the week of March 29, with spring seasons wrapping up the week of June 14.

Johnson said the task force focused on the number of contests as being primary, the length of the season being secondary. Section tournament length may be shrunk into a week or week-and-a-half. Postseason options for individuals and teams will continue to be evaluated.

The MSHSL acknowledged a need to maintain a near-normal spring sports season after schools lost the entire 2020 season. That means an equal amount of competitions in a condensed calendar. In all three models, the timeline and weeks of play remain the same for spring sports.

The high school league also is protecting options for postseasons that go beyond sections for both winter and spring sports.

Previously approved regular season calendars reduced by 30 percent — along with no tournaments, jamborees or invitationals — remain for winter sports. Triangulars are allowed for dance, Nordic and alpine ski, wrestling and gymnastics.

The rally cry from the Return to Participation task force is "be ready, be flexible."

Asked Dec. 3 if the governor has decided whether to extend the shutdown of high school sports beyond Dec. 18, he said it is a possibility.

"It's going to be dependent on where we're at in this virus," Walz said. "We are still in the heart of this pandemic."

The Minnesota State High School League has set out three proposed models for when high school sports may resume play in winter and spring sports seasons, and how long each season would be. The models are dependent on when Gov. Tim Walz allows sports to resume.

Solar arrays billed as “solar gardens,” have begun to pop up in Meeker County, with the first receiving County Board approval in 2017.

The County Board approved a pair of conditional use permits, both for properties in Swede Grove Township north of Grove City, that will allow construction of the solar energy operations.

Michael and Christine Buer of rural Grove City, and Brian DeGroot of Prinsburg own the two pieces of property, which are located in close proximity to each other on County State Aid Highway 25.

Though both conditional use permits received unanimous approval, Commissioner Mike Housman expressed concern about the long-term implications of the solar gardens. In particular, Housman said, the $30,000 bond required by the county for decommissioning a solar garden probably is not enough.

“(The bond) is a paltry amount of money to cover future decommission,” Housman said. “That’s $7.50 per panel. You can’t recycle a refrigerator for that.”

Each of the farms is to include approximately 4,000 solar panels and generate a maximum of 1 megawatt of power. They are contracted to provide electricity to the Xcel Energy power grid.

Housman said his concern was not directed at the specific applications discussed Tuesday, but more about the solar energy gardens — and the potential for enormous cost to remove them at some point in the future.

“We’re going to be paying the piper,” Housman said.

Commissioner Beth Oberg said she had similar concerns, adding that “we’re not the only ones starting to worry about it. It’s a nationwide issue.”

While the Buers were pursuing the solar garden “with the best of intentions, It’s a more systemic issue I’m worried about,” Oberg added.

County Board Chairman Bryan Larson was less concerned, especially he said, with the Buers, who he said are a third-generation farm family. The investment in the solar garden is “just a drop in the bucket” when compared to their traditional agricultural business. “I’m not worried about that one at all,” he said.

Larson also said that wiring for the solar field is buried 3 feet underground, ensuring that it would not be an issue in the future.

Commissioner Steve Schmidt also said that, in addition to the bond, the contract includes other clauses that “are supposed to fall into place” to reduce or eliminate issues when or if the solar garden is decommissioned.

The County Board approved the county’s first solar garden in September 2017, on a 10-acre site located just east of the city of Watkins. That garden was designed to generate 13,050 watts of electricity.

Xcel Energy Center lists what it calls four community-based solar gardens currently in operation in Meeker County that supply electricity to its grid. In addition to the Watkins garden, operated under Sagittarius Community Solar Garden, the list includes solar gardens in Acton Township and Dassel Township.