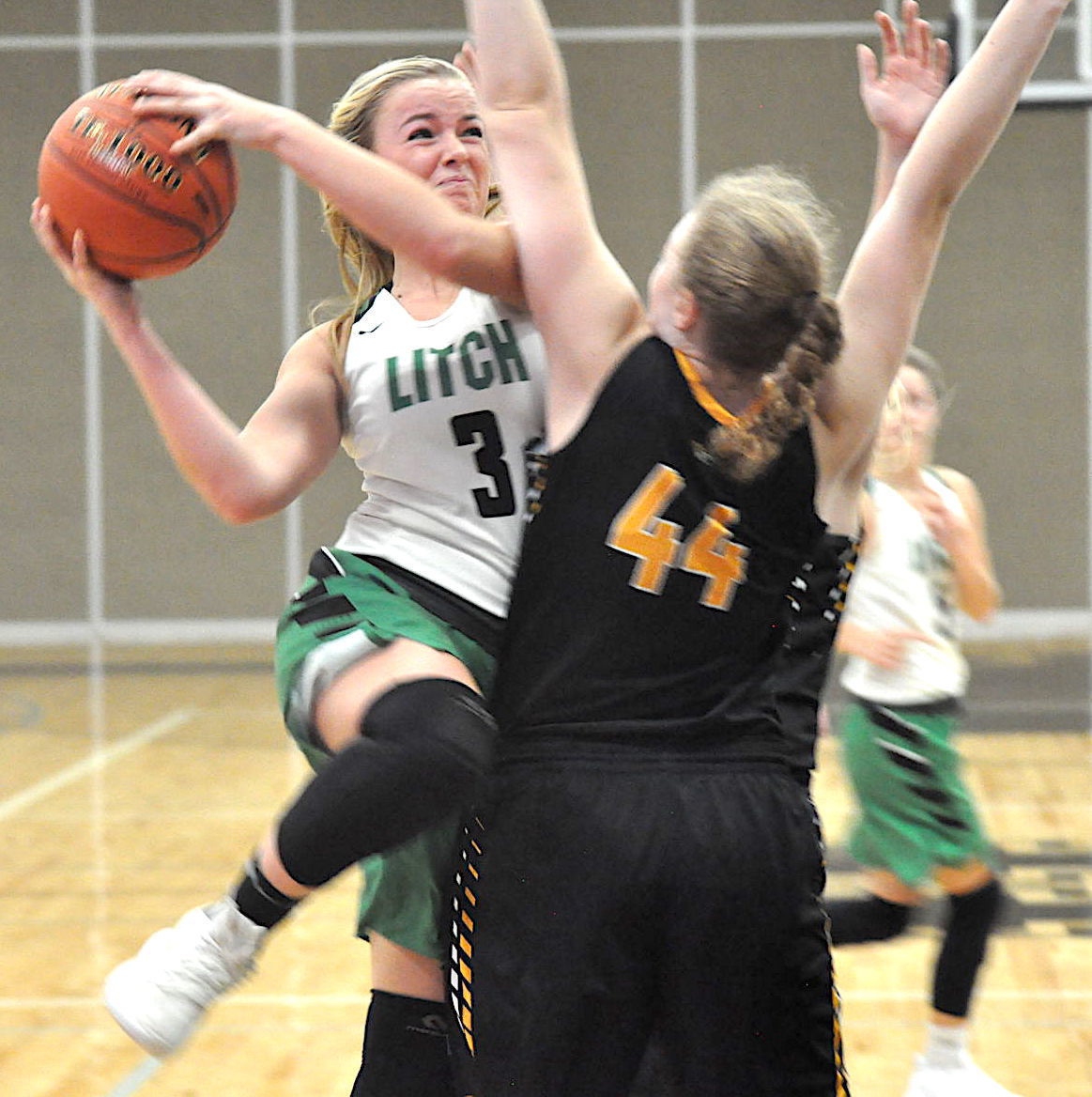 Sydney McCann attempts a layup over Hutchinson’s Brynn Beffert. McCann was the leading scorer for the Dragons with nine points. 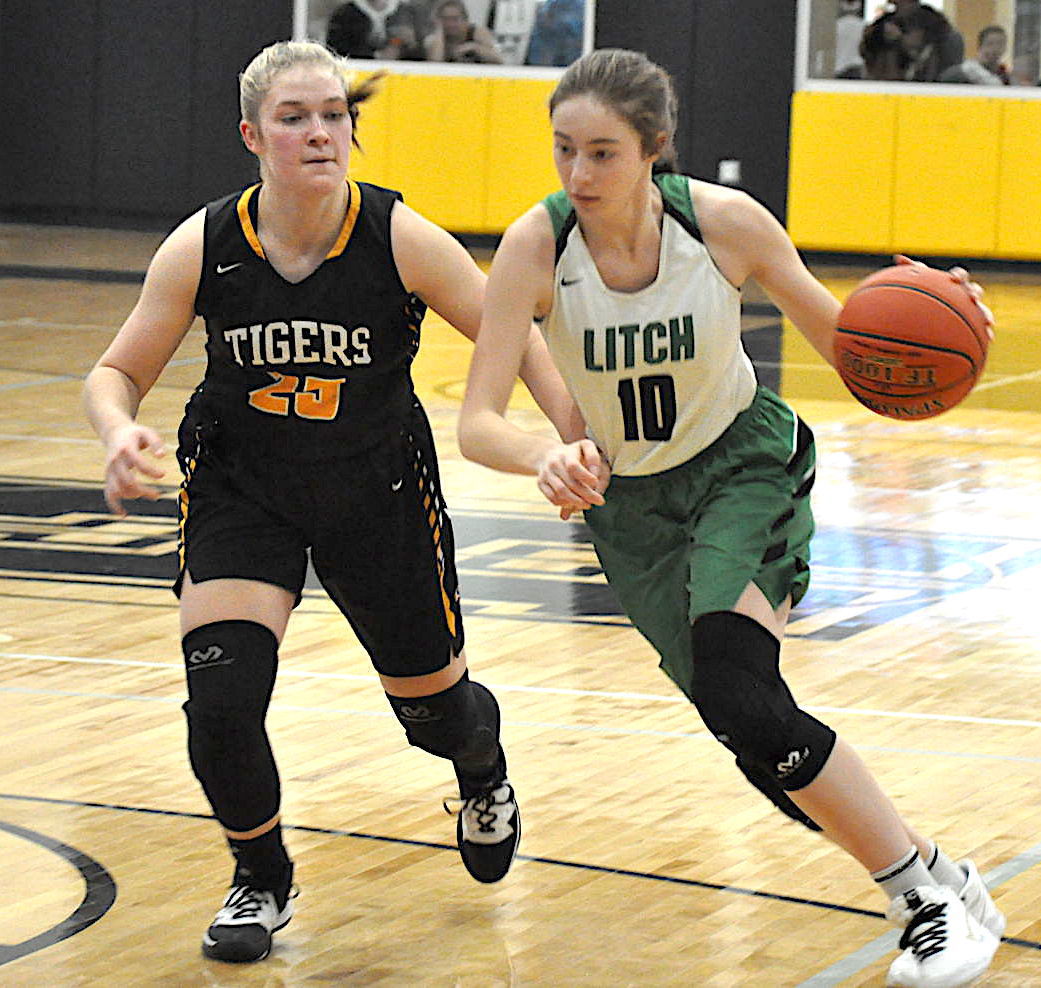 Sydney McCann attempts a layup over Hutchinson’s Brynn Beffert. McCann was the leading scorer for the Dragons with nine points.

Litchfield’s loss to Hutchinson followed a familiar script as the Dragons kept the game relatively close early before giving up a big second half.

The Dragons, 0-2, found themselves down by 11 at halftime before getting outscored 47-26, en route to an 80-48 loss against Hutchinson.

The press defense from Hutchinson caused problems for the Dragons all night, as they committed numerous turnovers.

“They were really aggressive and it surprised us,” sophomore Margaret Boerema said.

The size from Hutchinson’s forwards Brynn Beffert and Morgan Ellis also caused a lot of problems, something head coach Ian Anderson said was a concern coming into the game.

“We did OK at times in the first half,” Anderson said, “even with the press, too. We had some control, but similar to our first game, our second half we let it get away from us and it just got really sloppy.”

Even though the team has been blown out in its first two games, Anderson remains optimistic about the direction of the team and the work that needs to be done in practice.

“We started with two tough opponents,” Anderson said. “That’s OK, it’s going to show us what we need to work on. So we’ll get at that tomorrow and Monday; we got two more next week.”

The Dragons played their first home game Tuesday against Howard Lake-Waverly-Winsted. The Lakers are 1-2 on the season, with their lone win coming in the season opener against Delano.