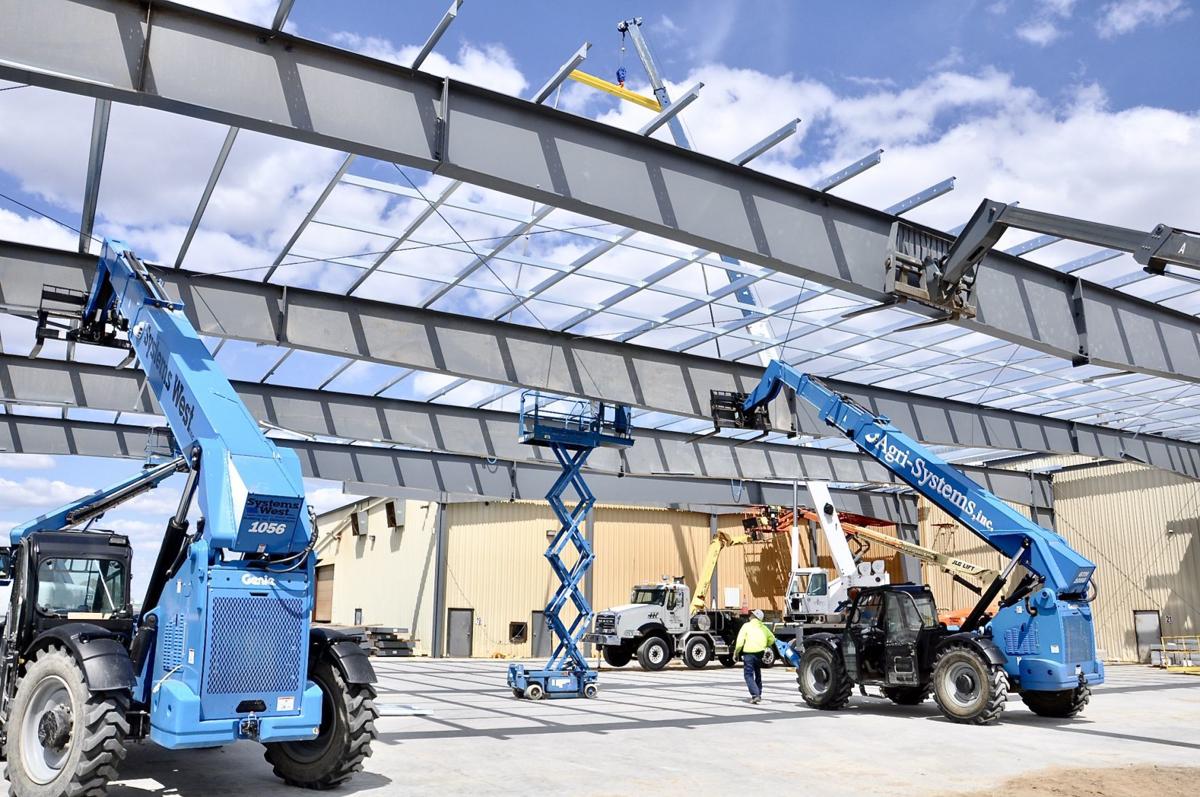 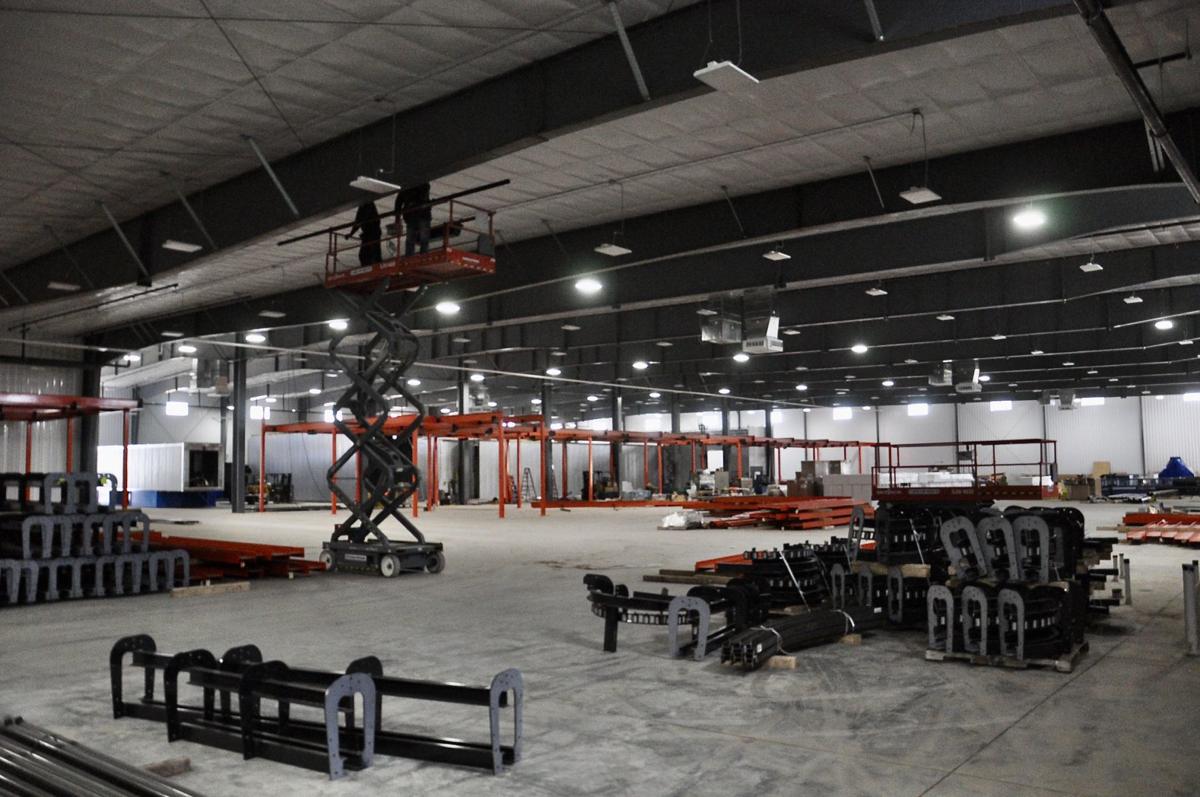 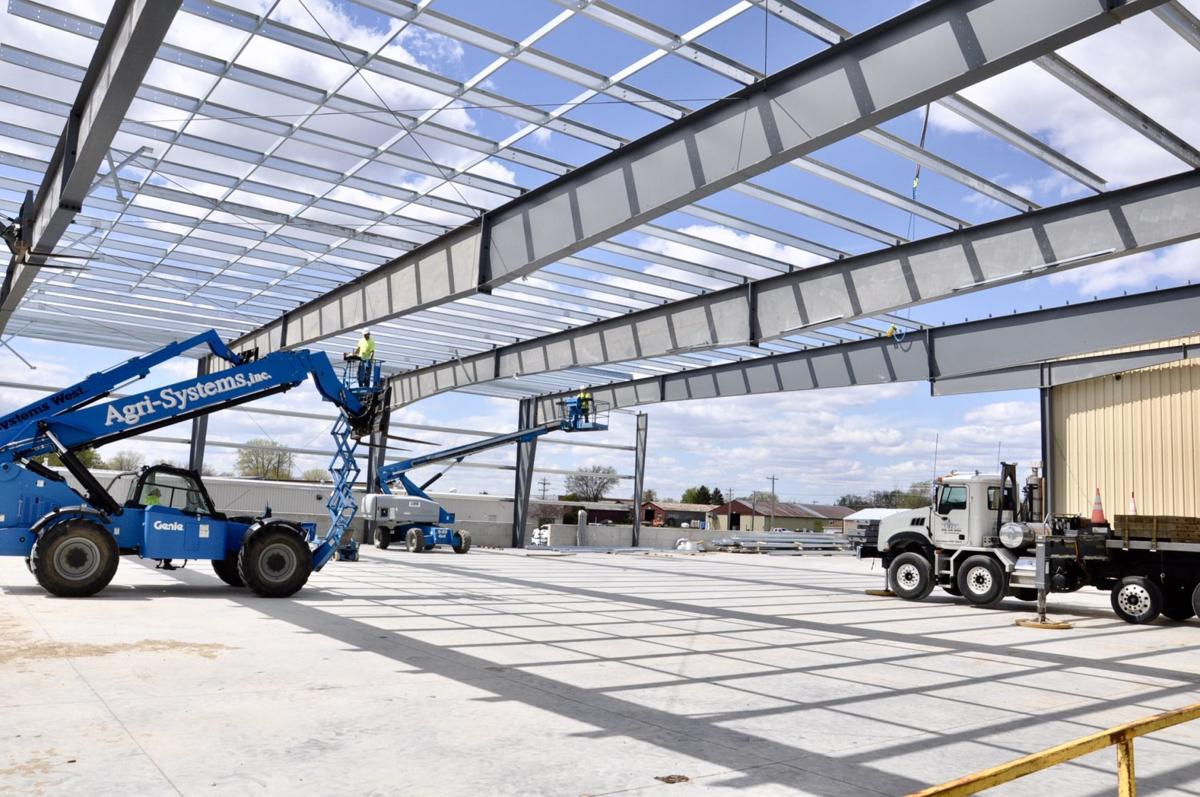 The coronavirus pandemic, various stay-at-home orders and social distancing practices brought a stop to — or at least slowed down — many business activities during the past two months.

But there is no slowing down construction on the $26 million expansion at Doosan Bobcat in Litchfield.

"It's a big project, and we have deadlines to meet," said Eric Doering, third generation co-owner of Systems West Inc., the Litchfield construction firm that's building the expansion.

Preparation at the site on Aspen Drive in the city's industrial park began in mid-September last year with pouring of concrete, and steel construction started in February, with the expectation that the 130,000 square foot addition will be operational by December.

"It's not too often you get a 130,000 square foot building, especially in your backyard," Doering said of the construction project, to which the company has assigned a 12-person crew.

Doering acknowledged that the construction site serves as a "massive" billboard, of sorts, for Systems West, which does commercial construction projects in a 70-mile radius of Litchfield, in addition to agricultural construction work in a five-state region performed by its Agri-Systems branch.

But the Doosan Bobcat expansion stands out because of its sheer size, Doering said. The expansion, formally announced this past November when Scott Park, president and chief executive officer of Doosan Bobcat visited the Litchfield plant, is expected to create 200 jobs.

The expansion's dimensions are 250 feet by 775 feet, with a 150-foot clear span. It will triple the size of the Bobcat plant, which manufactures attachments for Bobcat and Doosan products, from 60,000 to about 200,000 square feet. That's an impressive number on its own, but a materials-by-the-numbers list gives a deep illustration of the  project, including:

Standing between the southern portion of the expansion, now enclosed, which will house the plant's paint booth, and the northern portion of the site, Doering said the Doosan Bobcat construction project would almost certainly draw a satisfied smile from Systems West founder, Glen Doering.

"He'd be pretty proud," said Doering, who along with his brother, Mike Doering, are continuing a family business founded in the 1960s by their grandfather, Glen, as an ag construction firm. The company's footprint — and focus — grew larger under the second-generation leadership of their father, Ray Doering.

The company's growth was evident as Eric Doering stood at the Doosan Bobcat construction site and counted the Systems West projects done in Litchfield.

And the latest of those represents one of the most impressive — both in terms of construction logistics and materials, and in what the finished project will mean to the customer, Doosan Bobcat, and Litchfield area.