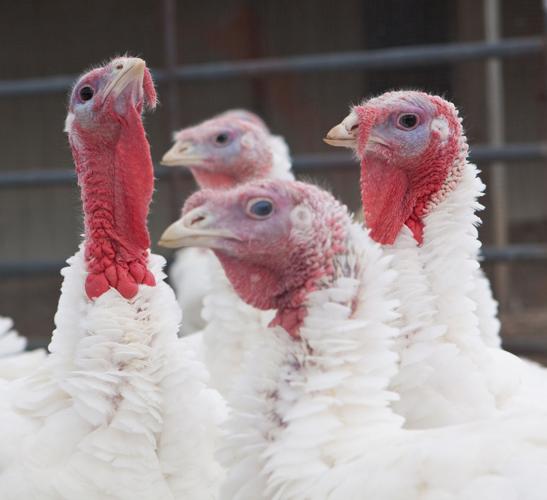 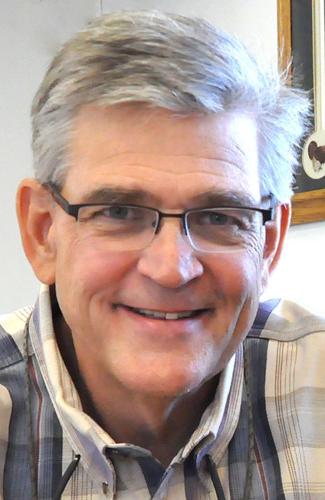 When the avian flu hit Minnesota farms in 2015 it was the worst outbreak of the disease farmers had ever seen. The danger for farms and wild birds seems worse now.

"In 2015, normally you thought young birds are safe," said Greg Langmo, owner of Litchfield-based Langmo Farms. "(But) broilers are getting hit. And the common age is 45 days old. They're not even two months old and dying. It's different than last time."

Now his and other operations are going to great lengths to keep their operations safe and healthy as the United States Department of Agriculture reports more than 23 million bird deaths across the county. A tracker kept by the Minnesota Board of Animal Health shows 2.47 million deaths in the state. While there are no reports of site infections in McLeod County, three site infections in Meeker County add up to 441,207 birds as of Monday morning, making it one of the most heavily impacted counties in the state. While Langmo lost flocks in 2015, he has not so far this year.

"We're trying everything we can think of. We are going to measures that you couldn't even imagine in 2015," Langmo said. "I can tell you this: The Minnesota turkey and ag industries are doing everything imaginable. And it certainly isn't for lack of effort that this damn disease is raising so much cane around here. We're a very large industry, and so there is a lot of exposure."

To understand the extent of effort needed to combat the highly contagious H5N1, it helps to understand how it spreads. Those watching the news might recall talks of major bird flu outbreaks in Europe around a year ago. That's when Langmo said he knew it would make its way here due to migratory birds. He recalls a meeting in 2015 where a veterinarian from the Minnesota Poultry Testing Laboratory in Willmar held up a light band from a mallard shot in the fall of 2014 in North Dakota. It had been banded four years prior in London.

"The room, most of the people stopped, and their jaw hit the floor," Langmo said.

The disease spreads among birds, and those birds may stop by crop fields, rest and defecate, and it can spread to nearby operations from there.

"That virus can be carried in on dust particles, pollen, black birds out in the same field after they pick up a feather, and that feather blows into a barn," Langmo said. "It could be someone out doing fencing around their farm, and they have to go into Runnings or Menards, and there happens to be a little mud, then it's in your car, then it's drug into the barn."

Farmers neighboring operations such as Langmo's turkey flocks are doing their part. They try to get out and work in the field when weather conditions won't send dust toward a barn, he said.

"That's the kind of coordination and mutual respect," Langmo said.

But closer to the operation, precautions reach a whole new level. Langmo described what his farms have been up to: Driveways and feed delivery areas are sprayed with disinfectant regularly. Air intakes are covered with fabric and sprayed with sanitizer daily. Traffic is kept at a minimum at barn sites, and only essential maintenance work is allowed in order to minimize the risk of exposure for the flock. Anything that enters the building is washed and disinfected. Locks and handles are sprayed before use.

Everyone working on site has a coverall they wear from their vehicle to the building, as well as disposable boots and hair nets. When workers get near the site, they take those clothes off and put on new disposable clothes. They then proceed near to where animals are held and change once more. Foot baths and floor disinfectant are regular practices. Feed mills are taking similarly extensive measures as well. Even businesses are offering to do their part, with some Runnings stores agreeing not to have birds such as chickens and ducks inside the store as part of their usual seasonal baby bird sales push.

Farmers, government agencies and researchers quickly share information, and make sure everyone knows where outbreaks and risks are happening. But knowing the flu is spreading still frays the nerves of farmers.

"Sleep is hard to come by," Langmo said. "You just hate to see the phone ring. It's, 'Oh, no, is this the call?' You can't wait to see the birds but you kind of close your eyes and go, 'God, I hope they're OK.' When you can look in and can see they're healthy, what relief. ... This is such a harsh disease. If (they are infected and) you don't put them down, they die in three, maybe four days. Virtually every bird in the building will be dead. That was my experience in 2015. It's highly contagious, highly pathogenetic. It's not a joke. There's nothing you can do for them and it's more humane to euthanize and watch them die naturally than to see them lay there and struggle."

Farmers aren't alone in their struggles against H5N1. Dozens of owls and eagles at the University of Minnesota Raptor Center have contracted the avian flu, with all but one dying.

Dr. Victoria Hall, executive director of the Raptor Center, said there are gaps in knowledge as to how songbirds might play a role in the spread of the strain, but she advised residents to help do their part by not encouraging birds to gather together. That means not providing bird feeders and bird baths.

“These are places where things like viruses could easily be exchanged between individuals,” she wrote in a Facebook post. “In areas with HPAI transmission in any avian species, consider pausing the use of bird feeders and baths for the next couple of months until the rate of virus transmission in wild birds dramatically decreases.”

Hall said humane euthanasia is the only tool staff have to help birds like bald eagles and great horned owls that are intensely suffering from fatal neurological illness due to the disease. geese, ducks, blue jays and crows also suffer severe illness from H5N1.

“We have it in our power to take a short-term action, so we are not accidentally assisting in the virus’ spread,” she wrote. “This outbreak won’t last forever and I, for one, am greatly looking forward to when I can safely hang my bird feeders back up!”

For owners of hobby or "back yard" flocks, Langmo suggested following safety practices similar to those undertaken by large operations. Use disposable shoes, clean car interiors and floors mats, and consider how clothes, especially boots and coats, can carry along debris.

"Don't go to McDonald's or Runnings or Menards without changing clothes," he said. "Make sure your footwear is clean."

He recommended owners of hobby flocks, or those interested in starting out, consider their resources. The Minnesota Turkey Grower's Association, Minnesota Board of Animal Health and Minnesota Department of Natural Resources all have information and assistance available for the curious.