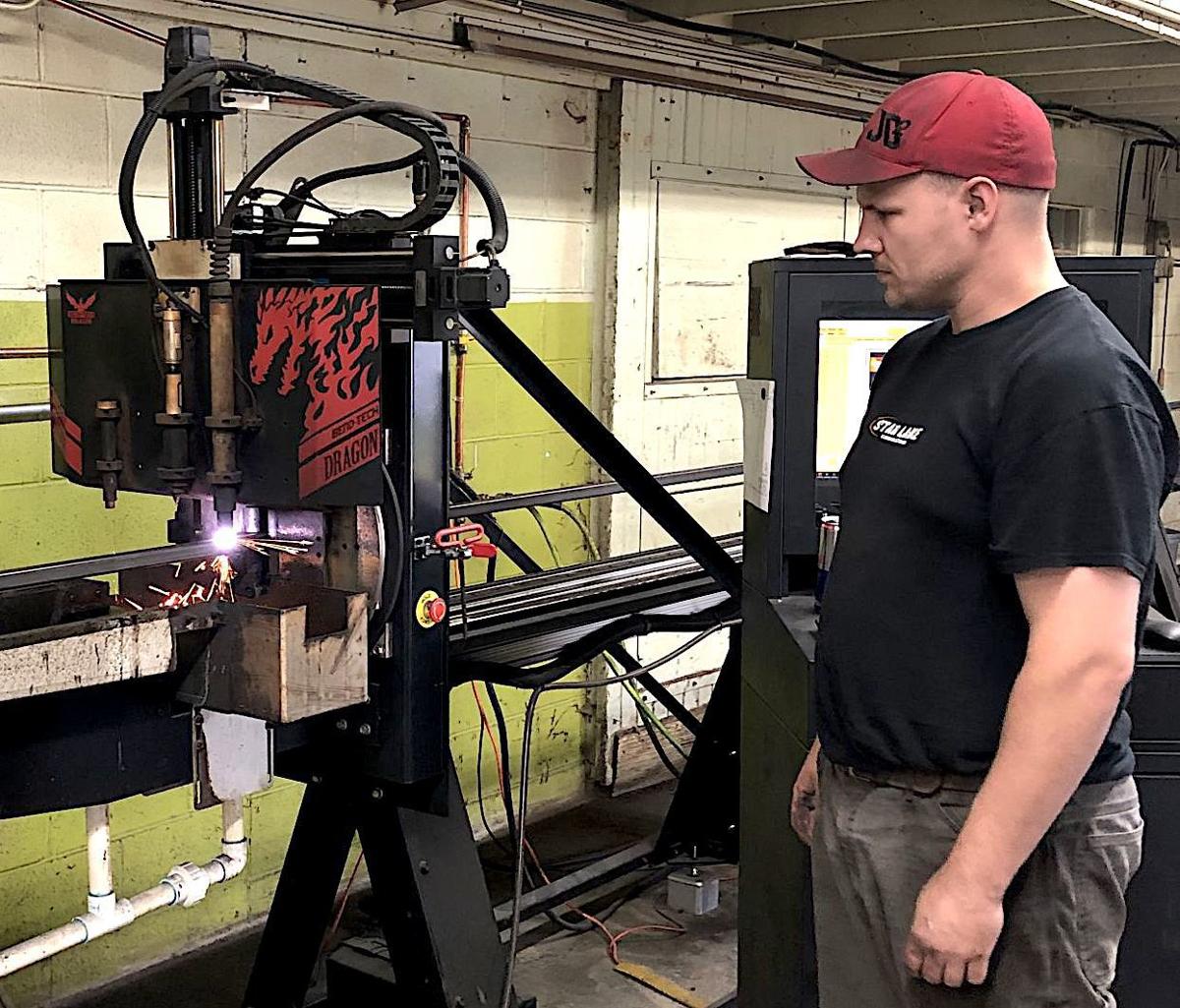 Chris Borning demonstrates how a plasma pipe or tube cutter works by cutting holes, notches and other designs on round, square and rectangular tubes. 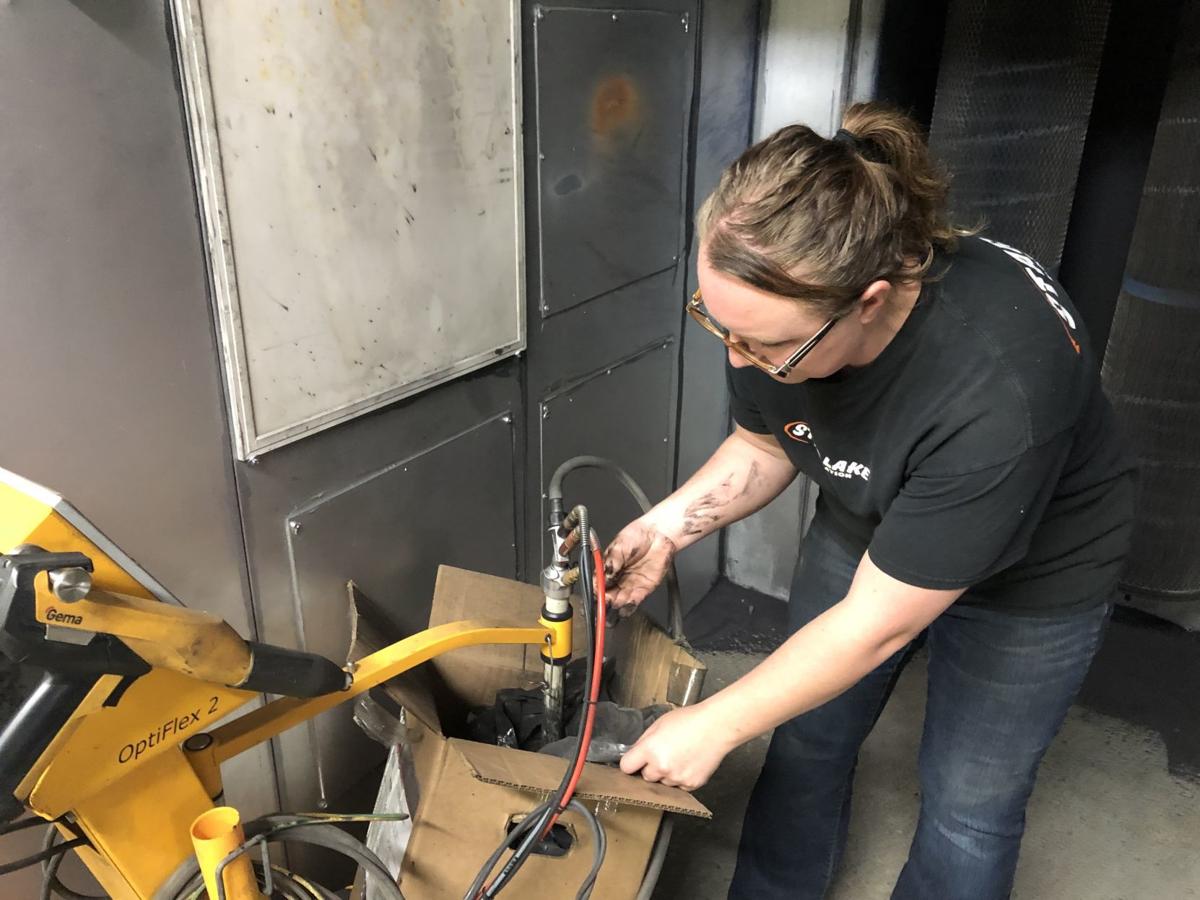 Lisa Borning explains how powder coating works. The process applies a dry finish through electrostatically charged, finely ground particles of pigment and resin, which are sprayed onto metal products and placed in a curing oven.

Chris Borning demonstrates how a plasma pipe or tube cutter works by cutting holes, notches and other designs on round, square and rectangular tubes.

Lisa Borning explains how powder coating works. The process applies a dry finish through electrostatically charged, finely ground particles of pigment and resin, which are sprayed onto metal products and placed in a curing oven.

Star Lake Fabrication has moved its production facility to Litchfield.

The company runs metal sheets or tubes through saws, plasma cutters and tube benders, as well as offering powder coating.

“We do parts for people all over the world,” Chris said. “With our ATV line of parts, they go to Australia (and) Europe … it’s our own product line, and we make parts, and we just ship it. We do a lot of work with Custom Products here in town. Just all over the place, really. So people call and get a bid, and we bid the job. We get it, we make the parts and either ship it to (them) or they pick up.”

The Bornings helped Associated Finishing, a metal-finishing company based in Mankato, open its Litchfield facility in 2016. Not long after that work was completed, the Bornings started Star Lake Fabrication and it grew quickly, Chris said.

“We helped Associated Finishing get the new plant started up,” he said. “And then we just wanted to go back on our own and do our own thing. Essentially, we didn’t start Star Lake until after we were done there (in 2017).”

Obtaining a loan and moving to a new and bigger location is no easy task, but the Bornings received assistance from Meeker County Economic Development Authority to make their move to Litchfield.

“To move in here we needed a few more things and just streamline (a) few of our products, make it faster,” Chris said. “We (needed) some additional (things). We added a full powder coat system here. Before, we were outsourcing the powder coating, we would take it to a shop that does it. Now we don’t have to haul it anymore. We do it all in-house.”

The Bornings are currently the employees, but they are looking for machinists, welders and fabricators.

“We get really, really busy at times,” Chris said. “We’ve had people come and go, but we’re just trying to find the right candidates. … So it could be a little bit challenging – everybody is looking for people right now, everybody is hiring.”

There have been plenty of hiccups moving into town, he said, but they’ve been working through them and their business is doing pretty well.

“We haven’t had to advertise a lot and ... haven’t (gone) out to look for too much work,” Chris said. “There’s not a lot of people doing what we’re doing. (There are) either ... big companies that are doing what we’re doing, and they don’t want to deal with some of the small customers or small order sizes, and we pretty much can handle the small stuff. And our turnaround time – say we get a purchase order – we can turn it in four weeks, and some of the companies (take) sixteen weeks. That’s why we can get jobs a lot easier.”