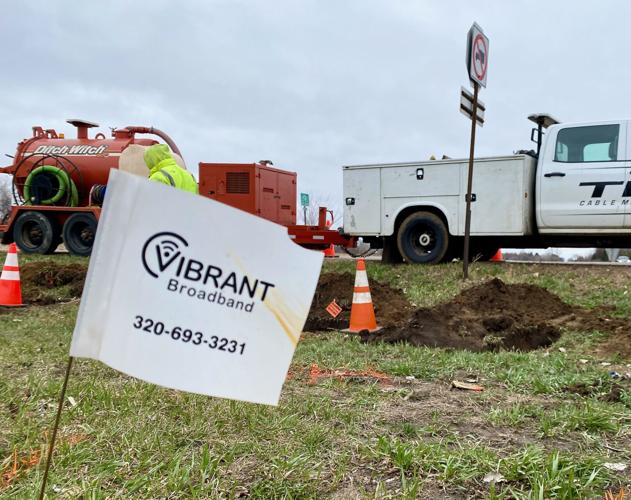 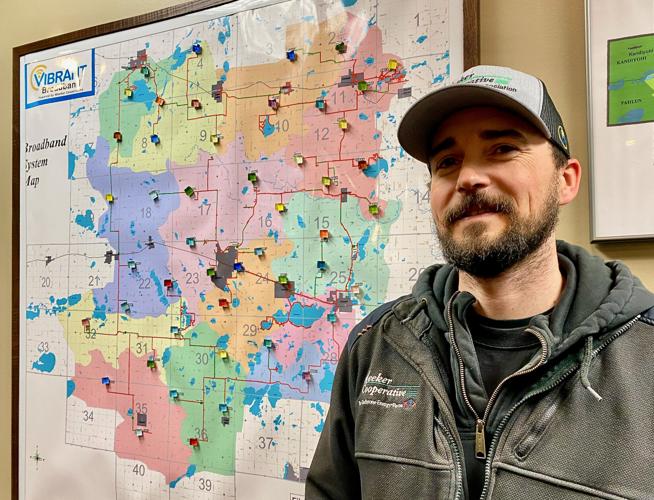 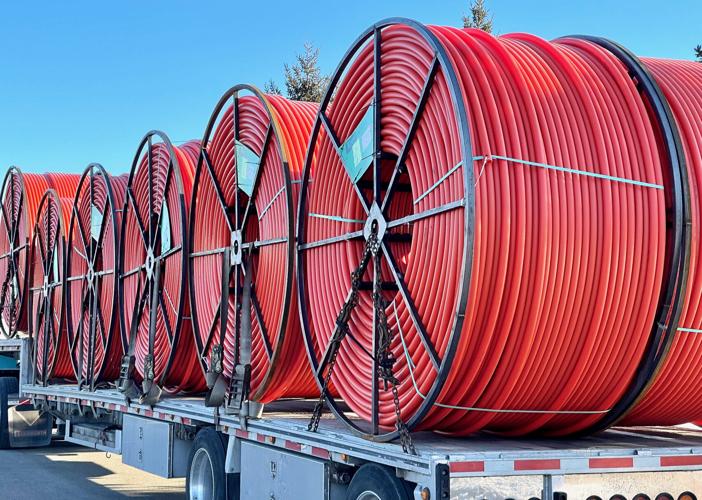 Spools of fiber optic cable hold the miles of fiber that will be used to connect the city of Litchfield to Vibrant Broadband. 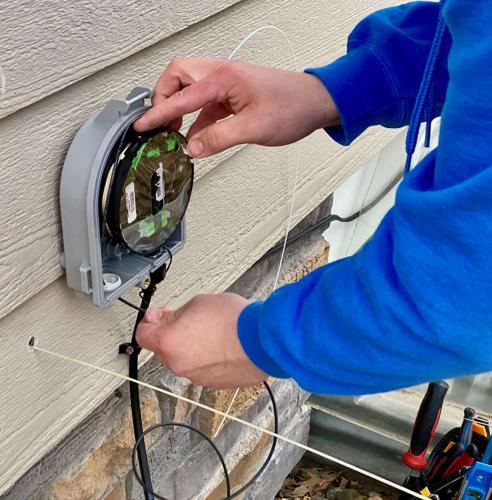 Vibrant Broadband will connect its fiber internet to every home in the city. This photo shows how the service might connect to the exterior of a house. 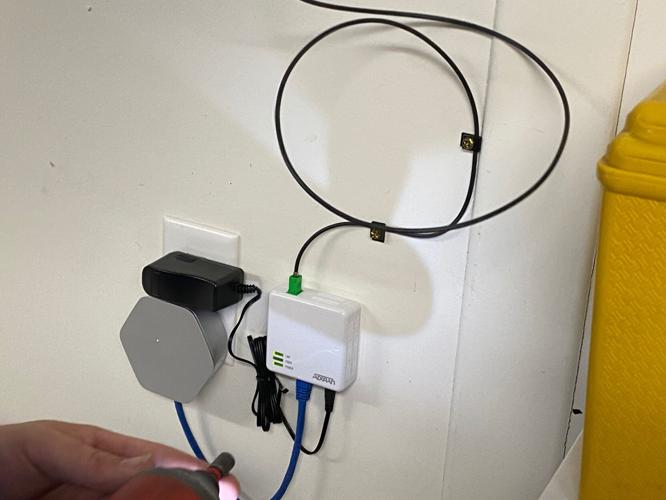 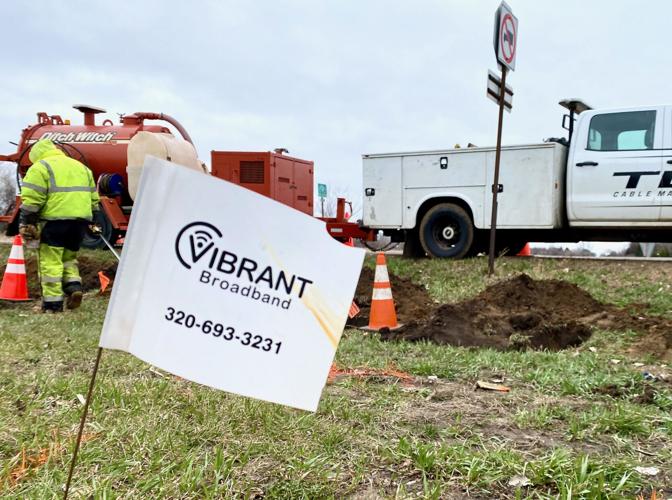 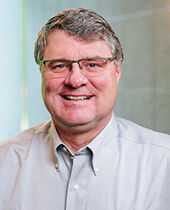 Spools of fiber optic cable hold the miles of fiber that will be used to connect the city of Litchfield to Vibrant Broadband.

Vibrant Broadband will connect its fiber internet to every home in the city. This photo shows how the service might connect to the exterior of a house.

Meeker Cooperative Light and Power began working on an internet solution for its rural members about six years ago, and eventually launched its Vibrant Broadband service in 2019.

It brought the kind of fast and reliable internet connections that rural residents of Meeker County had previously only been able to hear about from their urban friends and family.

With that mission largely accomplished, the cooperative now has set its sights on another connectivity frontier — providing direct-to-home fiber broadband internet service to the entire city of Litchfield.

Vibrant Broadband enters a somewhat crowded market, with major providers like Nuvera and Mediacom, in addition to less-prominent companies such as CenturyLink. But Meeker Cooperative’s leadership believes its experience with its fixed wireless rural broadband, along with its direct-to-home fiber connections in the city will give it a leg up on the competition, to say nothing of the encouragement they’ve received from residents.

“So, we have been focusing on (rural service) for the last almost three years now, and as we’ve done that, we hear more and more people … saying, you know, ‘Hey, I’ve got relatives, or I’ve got friends that now have you out in the country. They get better service than what I’m getting. They claim it’s great … (are) you ever gonna bring it in to town?’” Tim Mergen, Meeker Cooperative’s chief executive officer and general manager explained.

Bringing Vibrant Broadband to Litchfield was a big ask, Mergen admitted, requiring the cooperative’s board of directors to approve a significant investment. He declined to give a specific amount, but the decision makes sense, and holds plenty of potential for payoff, he said.

After hearing from Litchfield residents “so many times and not seeing the providers here in town doing anything,” Mergen said, “… we took it to the board and said, ‘You know what, it’s right here. It’s in our backyard. We aren’t going anywhere. We’ve been in this town since 1935. Why don’t we go ahead and see if we can solve this problem as well as what we’ve been able to do on the country side?’

“It is our members’ money, you know, that they are investing, moving this thing forward,” Mergen continued. “The thing that made it extremely easy to sell was they know there’s a need out there. And the success we have seen wherever we’ve gone, it’s just not been a problem for us, doing what we’re doing because it’s in such demand.”

The demand for broadband has grown as the coronavirus pandemic changed the way — and location — in which many people work. And it’s not just work, Mergen said, with online education and entertainment opportunities growing exponentially, as well.

It is similar, in some ways, to the advent of rural electrification, when the availability of electric appliances helped drive the effort to bring electricity to farms. The first “all-electric farm” in the United States was in Meeker County, driven by the rural electric cooperative’s work to energize the county.

“I look back at our history … what it was like for farmers out in the rural area to get electricity for the first time,” Mergen said. “And it’s the same thing now. People are clamoring for the latest, greatest (internet) connection. And this is the latest and greatest connection, is fiber.”

That pent up demand is what drove Meeker Cooperative’s venture “on the country side.”

At its beginning, Vibrant Broadband – a name chosen by Mergen years before the service ever became a reality — was one of only two rural cooperative efforts at the fixed location wireless internet service, but many have expressed interest in the system since.

Meeker Cooperative began building its rural service by installing a fiber optic backbone that connected its 14 substations throughout the county. While it provided better control of its electrical service, it also laid the groundwork for internet connectivity.

The cooperative followed with installation of 47 monopole bases that provide a fixed wireless signal. The 120-foot tall monopoles provide access to wireless internet for members who install a receiver at their home, with a line of sight to the monopole. With the system in place, nearly all of the cooperative’s members in its service area, which includes Meeker and parts of McLeod, Kandiyohi, Stearns, Wright and Renville counties have fixed wireless broadband internet access.

While that fixed wireless system was the most efficient and cost effective for the rural service area, it won’t work for the city of Litchfield where too many obstacles restrict line of sight to monopoles.

“Even though we have towers pretty much surrounding the entire city of Litchfield, you get trees, buildings and stuff in the way, and then we can’t make it work with the wireless technology,” Mergen said. “And then we have to go fiber.”

Building the fiber infrastructure in the city began with three teams arriving last week, and another two expected to begin in the next couple of weeks, according to Shane Zeppelin, marketing and communications specialist.

Homeowners will see the crews out with their boring equipment, Zeppelin said, laying the web of fiber that will have the ability to connect the entire city to Vibrant Broadband service. The cooperative expects the fiber infrastructure to be complete throughout the city by early summer, at which time any resident who wants the service can sign up.

Asked what success looked like, Mergen wasn’t timid about expectations.

“Success would be 100 percent of the customers,” Mergen said with a laugh. “I would like to think that we could easily get that 50 percent of the customers in Litchfield. Knowing what we have for competition — granted, we’ve got Nuvera, Mediacom and CenturyLink in town, and there’s a couple others — but just knowing, Number 1, the technology that we are going to be providing, Number 2, the customer service that we provide … should help us get over that 50 percent in relatively short order.”

Vibrant’s “energize and connect” managers, Mary Petsche and Holly Schultz-Anderson, share that aggressive goal. It’s an optimism built on a foundation of regular requests for the service from Litchfield residents, they say.

The service, which will provide speeds starting at 100 megabits per second, up to 1 gigabit per second, has been an object of desire for some time.

“It is an opportunity for us, a great thing, and we do hear — whether we’re at work or out in the community — ‘We need more speed, we can’t get what we need to get the job done,’” Petsche said. “People are struggling, and when they hear everything we’re doing in the country, which is separate, but we were the first to deliver the speeds we say we’re going to deliver, and that’s important to people. That word got out there, and so people are like, ‘Hey, we’ve heard this Vibrant thing. We want it.’”

It is coming, and Mergen predicts Vibrant will be a game-changer in the city of Litchfield, as it has been in rural areas of Meeker County.

“Nobody else is proving fiber throughout the town,” Mergen said. “(With) fiber, you hit that send button and the information is traveling at the speed of light, you know, and within that little fiber tube. It is going around the world over five times in a second. As I like to say, it’s rip-snortin’ fast. Everybody understands rip snortin’.”