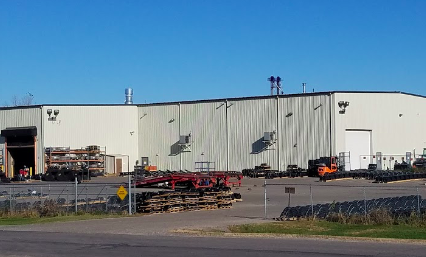 The expansion, an answer to growing demand for Bobcat's line of equipment and attachments, could create as many as 200 new jobs in the city, according to a news release.

Doosan Bobcat Chief Executive Officer Scott Park was scheduled to take part in a public announcement this afternoon at the Litchfield facility.

The Litchfield announcement coincides with the official opening this week of Doosan Bobcat’s nearly $2 million investment in a new Global Collaboration Center in Minneapolis.

“These investments demonstrate our commitment to our presence in Minnesota, which is a major manufacturing hub and now a center for our global operations,” Park said. “We are proud to continually expand our compact equipment line to help empower our customers to accomplish more.”

The Litchfield expansion will modernize the existing production facility by adding new paint lines, a climate-controlled environment, assembly line upgrades and more, according to the company's news release. When completed, the project will more than triple the size of the current footprint and expand the facility to nearly 200,000-square-feet. Once fully operational, the expanded facility is also expected to triple its workforce, from the current 100 employees to an anticipated 300 full-time employees, which will significantly impact the area’s local economy.

Construction is underway, with completion expected by September 2020. The Litchfield facility has been a part of Doosan Bobcat since 2004, and today manufactures attachments for Doosan Bobcat loaders and excavators for the North American market.