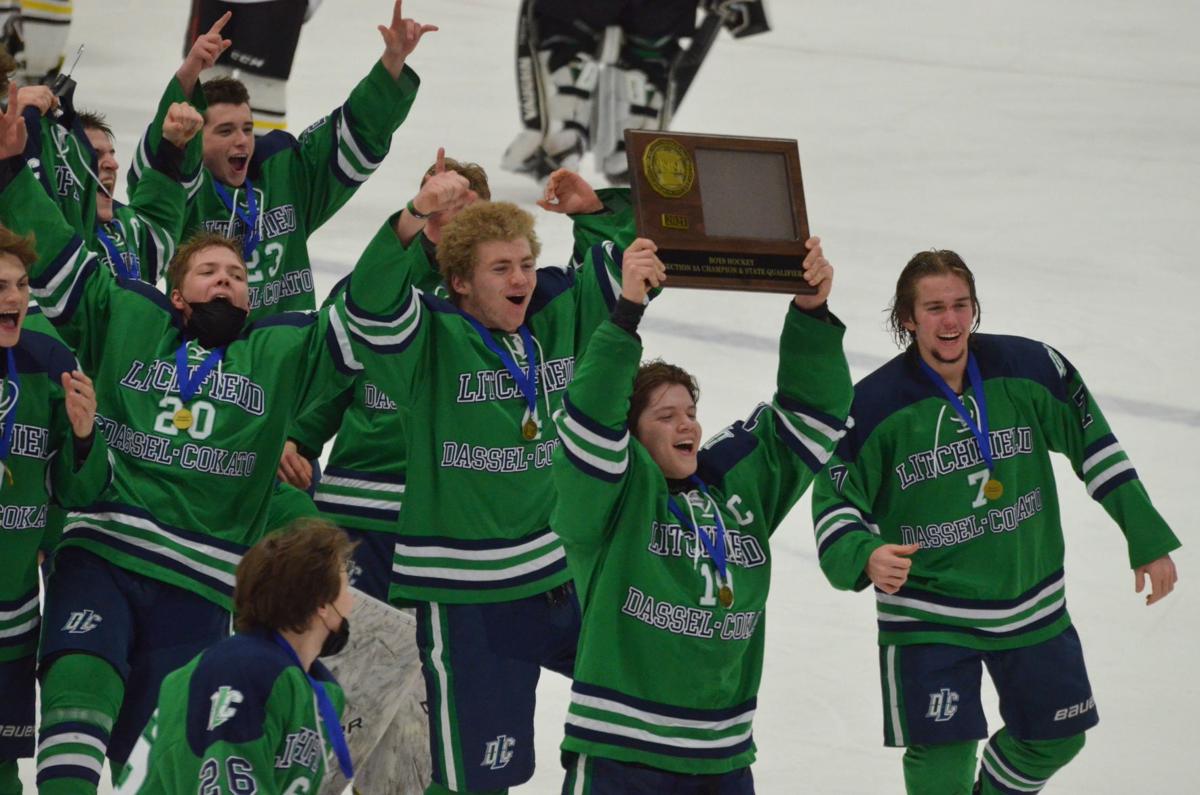 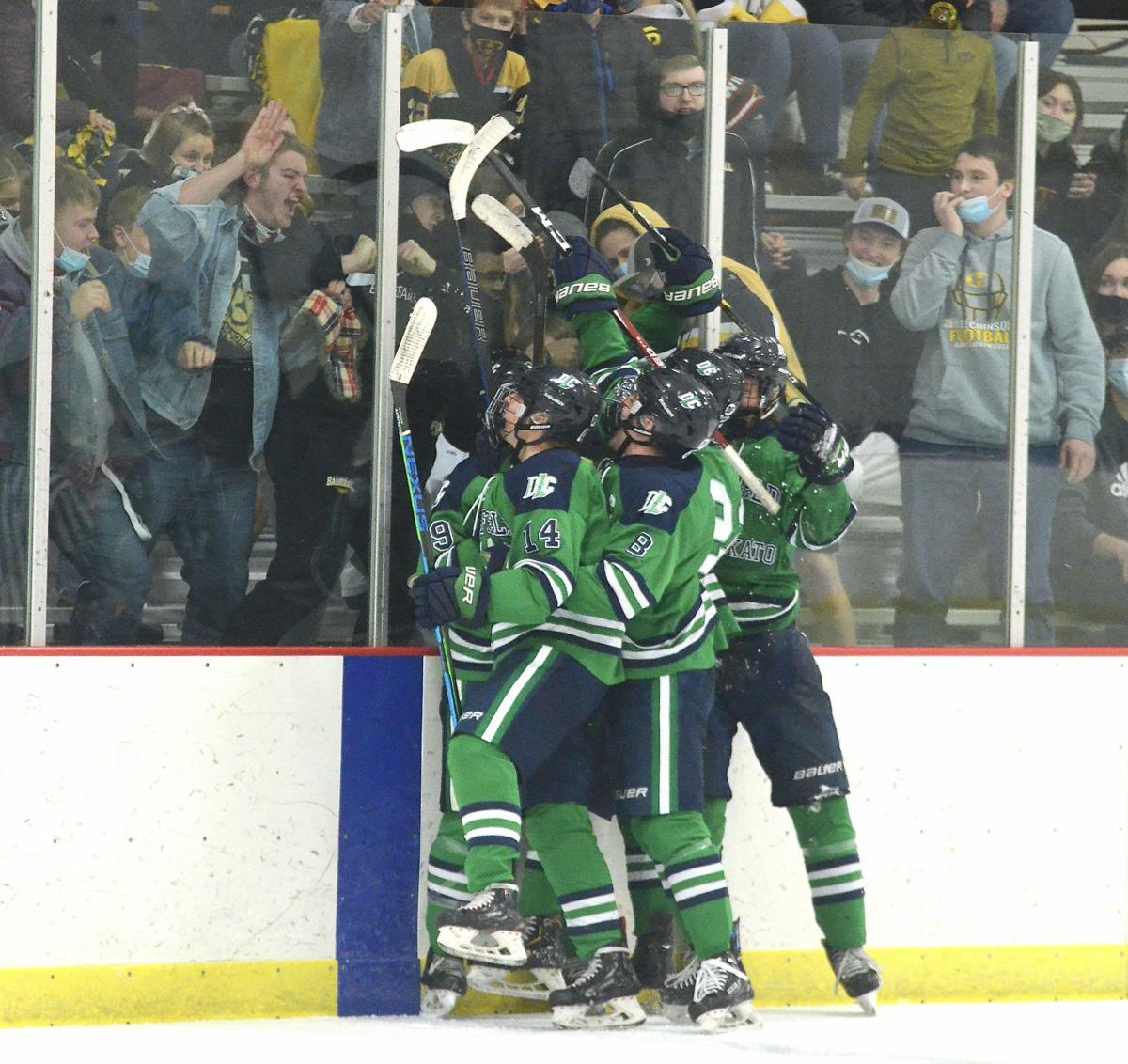 It took a little more than a year and a heart-stopping finish, but the Litchfield/Dassel-Cokato boys hockey team gained some revenge — and a state tournament appearance — in the Section 3A championship game last week.

The Dragons jumped on Hutchinson early, then held off a furious rally for a 4-3 win to claim the section title and erase memories of an 8-1 loss to Hutchinson in last year’s section final.

“As tough as it was, it’s a good learning experience,” LDC coach Brice Berggren said of last year’s loss. “To be in that position, get a taste of it, now hopefully we taste the other side, and we were fortunate enough tonight to do that.”

The win put the Dragons in the state tournament for the third time in six seasons, where they were scheduled to play East Grand Forks in the quarterfinals Tuesday afternoon at Xcel Energy Center, after this edition of the Independent Review went to press.

For information about the Dragons’ state tournament game, check out online coverage at www.independentreview.net.