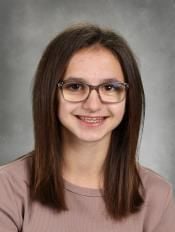 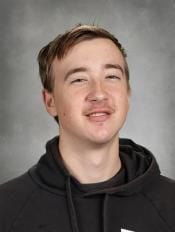 Kimberlyn Case and Jack Frederickson have been named Students of the Week for May 3-7 at Litchfield High School.

Case, a freshman, was nominated by science teacher Jason Louwagie, who noted her “positive attitude every day in class.” In addition, she has maintained academic excellence in biology throughout the school year and demonstrated a strong work ethic. She also has shown a willingness to participate in class discussions, Louwagie wrote.

Case participates in cross country, gymnastics and track and field. Outside of school, she enjoys listening to music, drawing, coloring, hunting, running, fishing and going on walks. She is the daughter of Steve and Jamie Case of Litchfield.

Frederickson, a sophomore, was nominated by Amy Crusoe, who said “he provides a very creative and critical thinking approach to everything he does.”

He has been “striving to push himself academically into harder and more challenging courses,” Crusoe wrote. He “already has a plan for a great career after high school,” adding that he is “friendly, outgoing, curious, forgiving.”

He enjoys participating in class and also enjoys robotics. He is the son of Brandy Zentner of Litchfield.