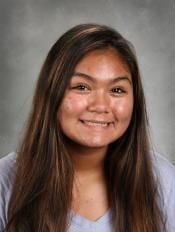 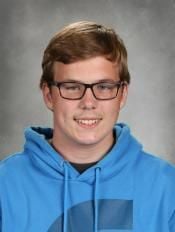 Lesly Arteaga and Dalton Idso were chosen as Students of the Week for April 12-16 at Litchfield High School.

Arteaga, a freshman, was nominated by Linda Heggedahl-Gust in the family and consumer science department, because of her “positive attitude and desire for excellence in all her endeavors (and) natural affinity for collaboration and communication.”

Heggedahl-Gust also described Arteaga as a “conscientious student with a great work ethic” and praised her work in prioritizing her education and completing National ServSafe Certification and her CPR/AED/First Aid Certification as part of her creative culinary and child development classes.

After school hours, Arteaga enjoys playing basketball and volleyball, as well as baking and spending time with family. Her future goals include pursuing a career in the medical field as a psychiatrist. Lesly is the daughter of Maria Montes De Oca.

“Dalton is a focused and hard-working student in construction technology class with the ability to understand concepts and carry them through in the building process,” Spanos wrote in his nomination. “He follows direction well and questions the process to better understand the ‘why’ of each step in the construction.

“Dalton leads by example in class and is always willing to try new things unfamiliar to him and completes each task with attention to detail and accuracy,” Spanos added.

Idso participates in Fellowship of Christian Athletes, and he enjoys fishing, hanging with friends. He is the son of Jason and Terry Idso of Litchfield.