You are the owner of this article.
Edit Article Add New Article
You have permission to edit this article.
Edit
Home
News
Sports
Business
Lifestyle
Photo/Video
Jobs
Classifieds
In-Paper Ads
Customer Service
1 of 7 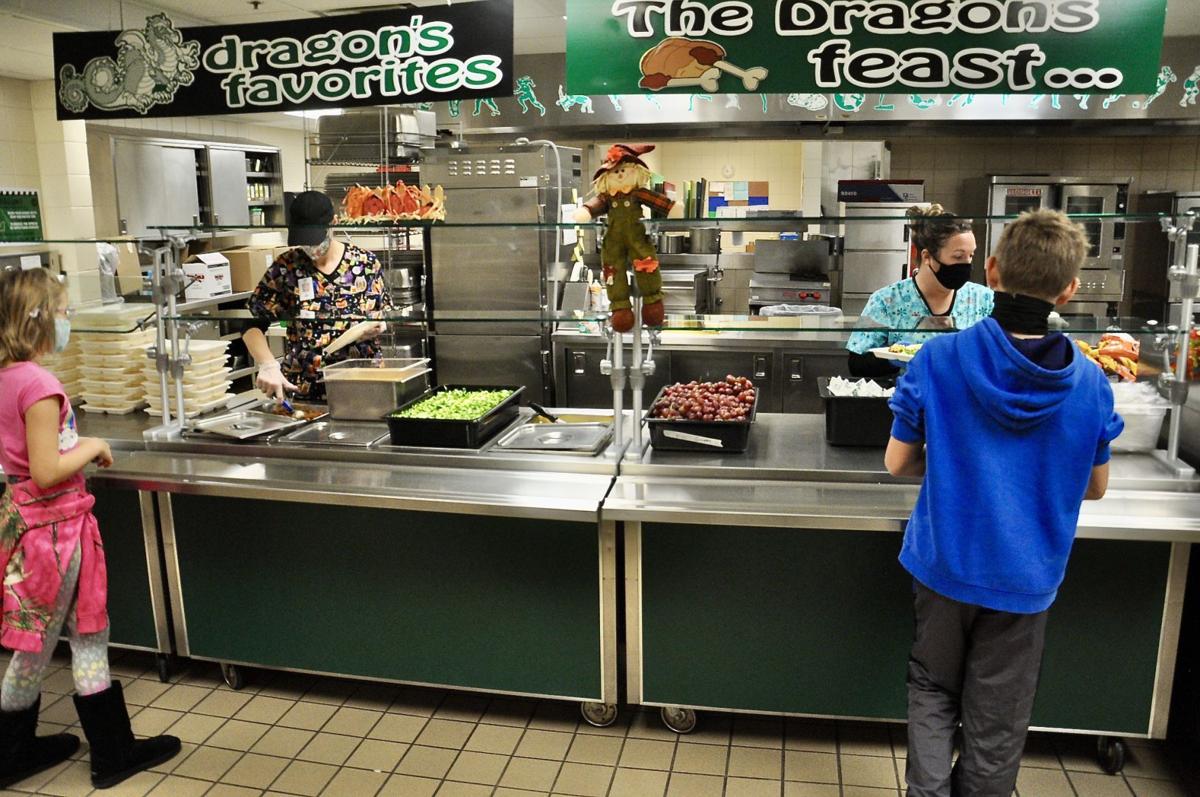 Litchfield Middle School students make their way through the lunch line. School lunches have included to a wider variety of produce this school year, thanks to a farm-to-school initiative driven by child nutrition director Lesli Mueller. 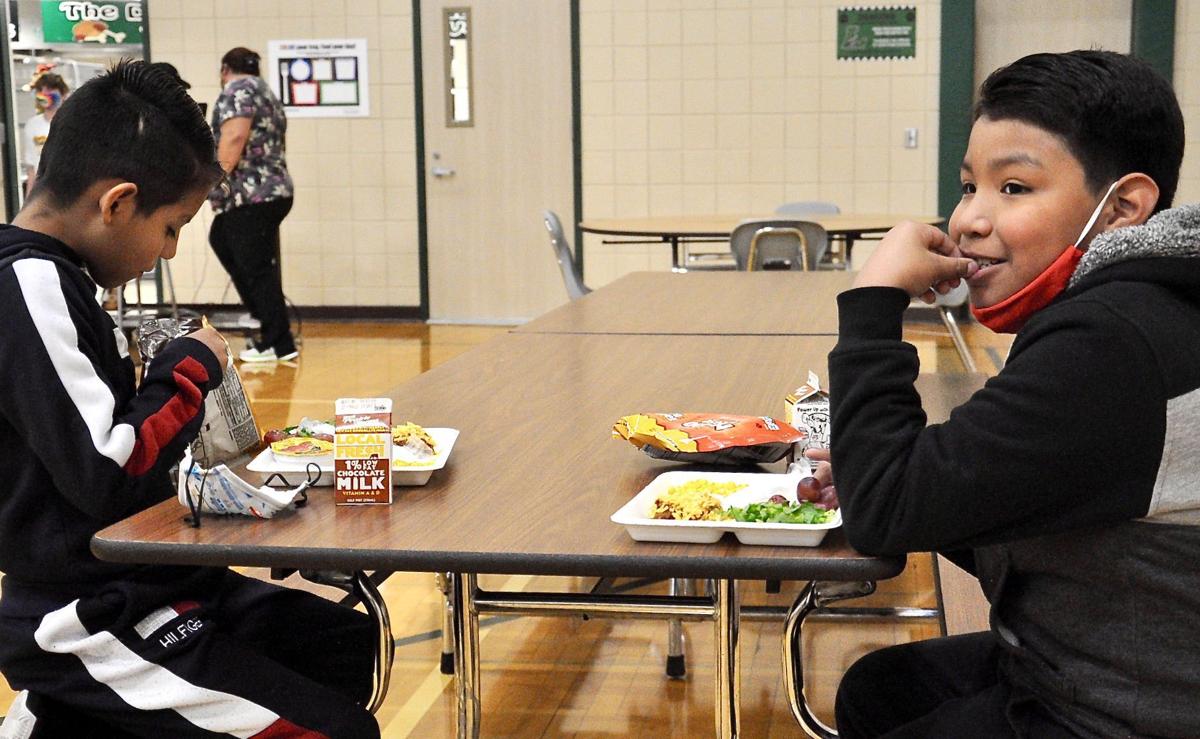 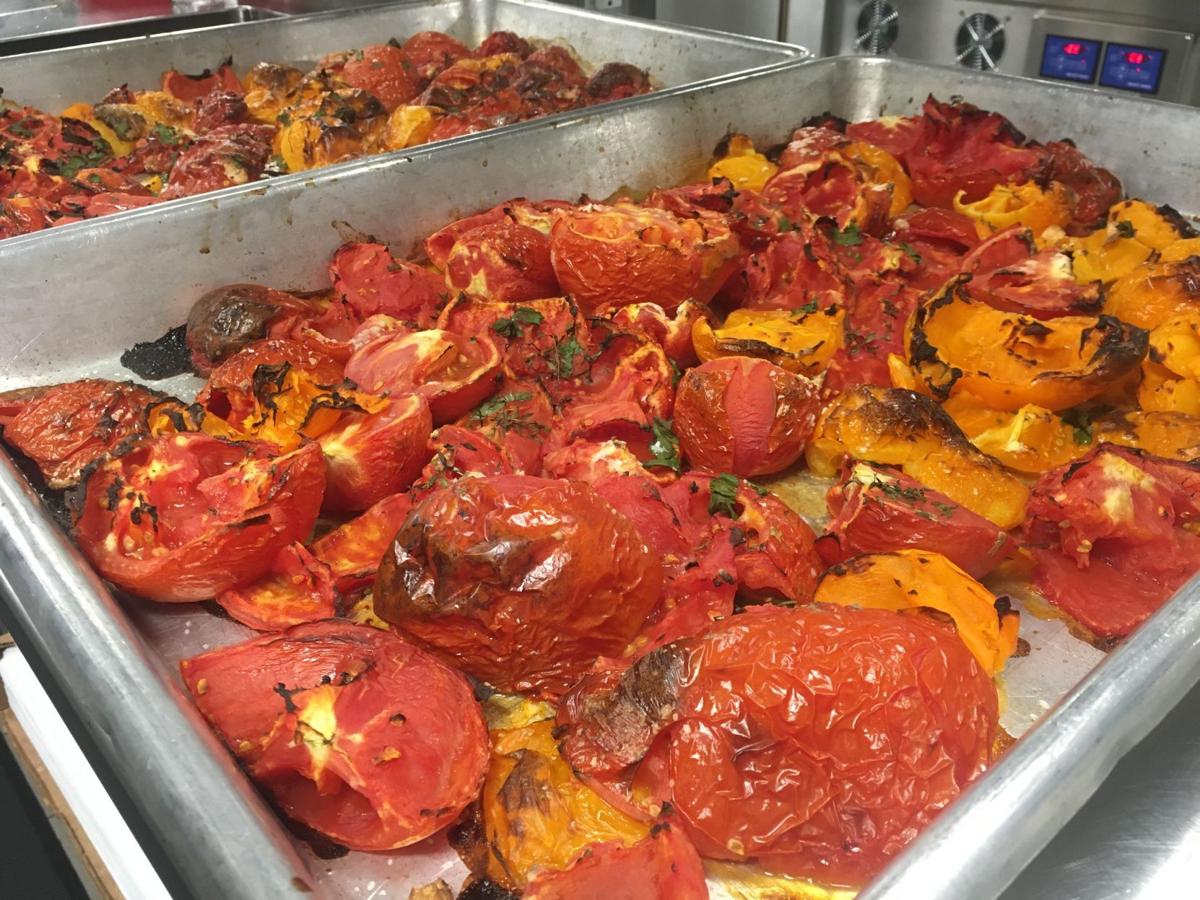 Tomatoes from local farms were roasted and transformed into tomato sauce. 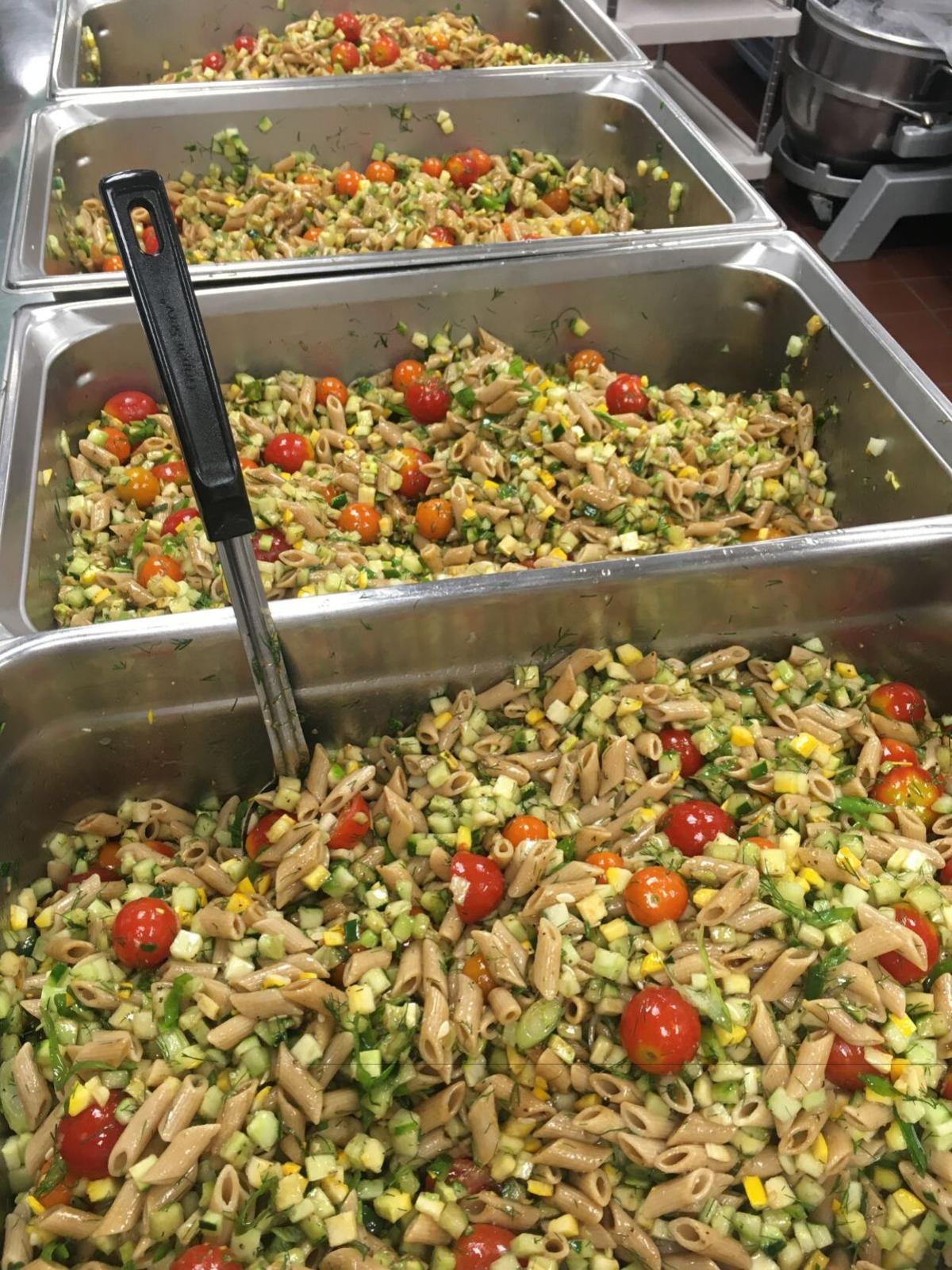 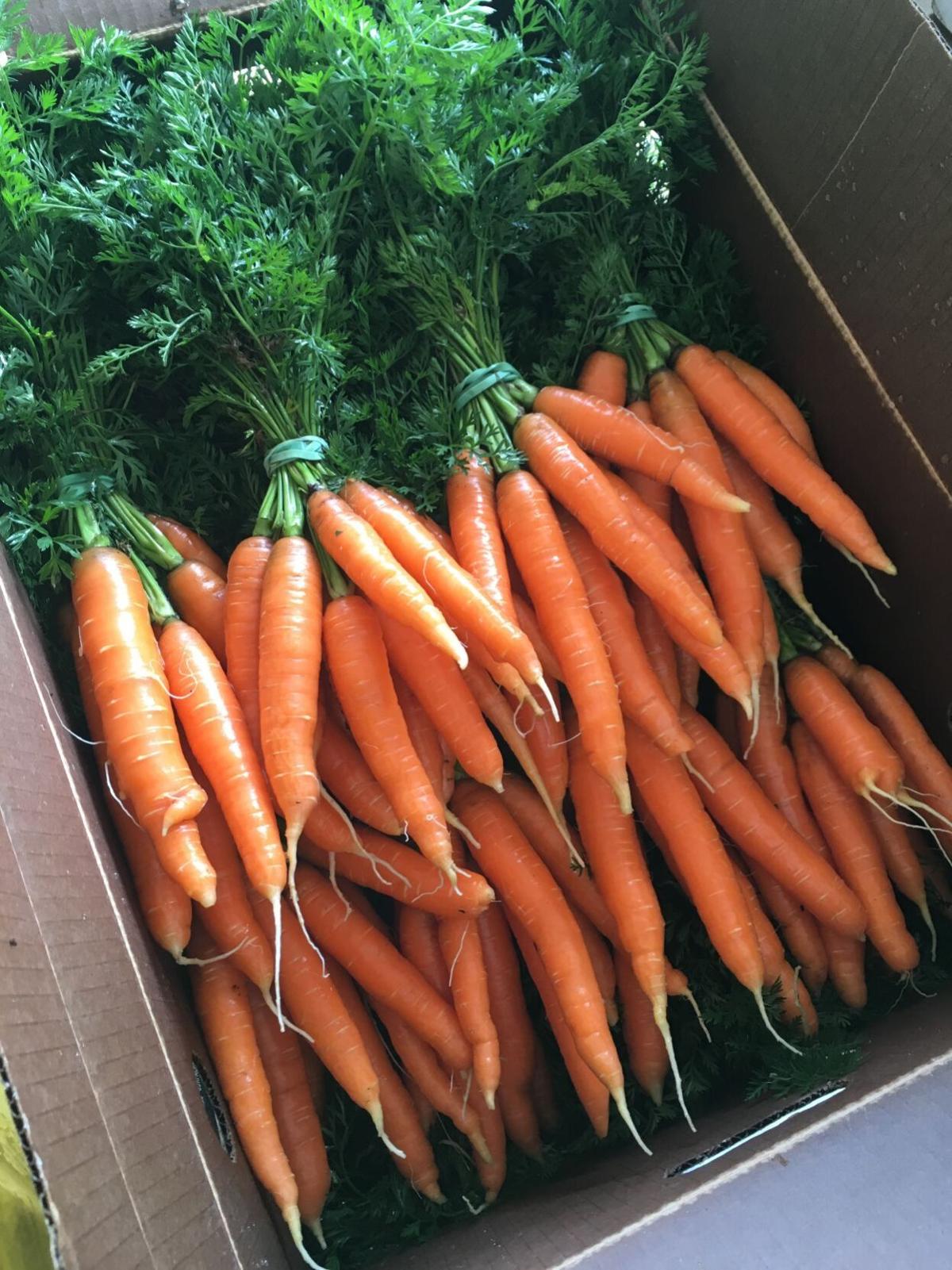 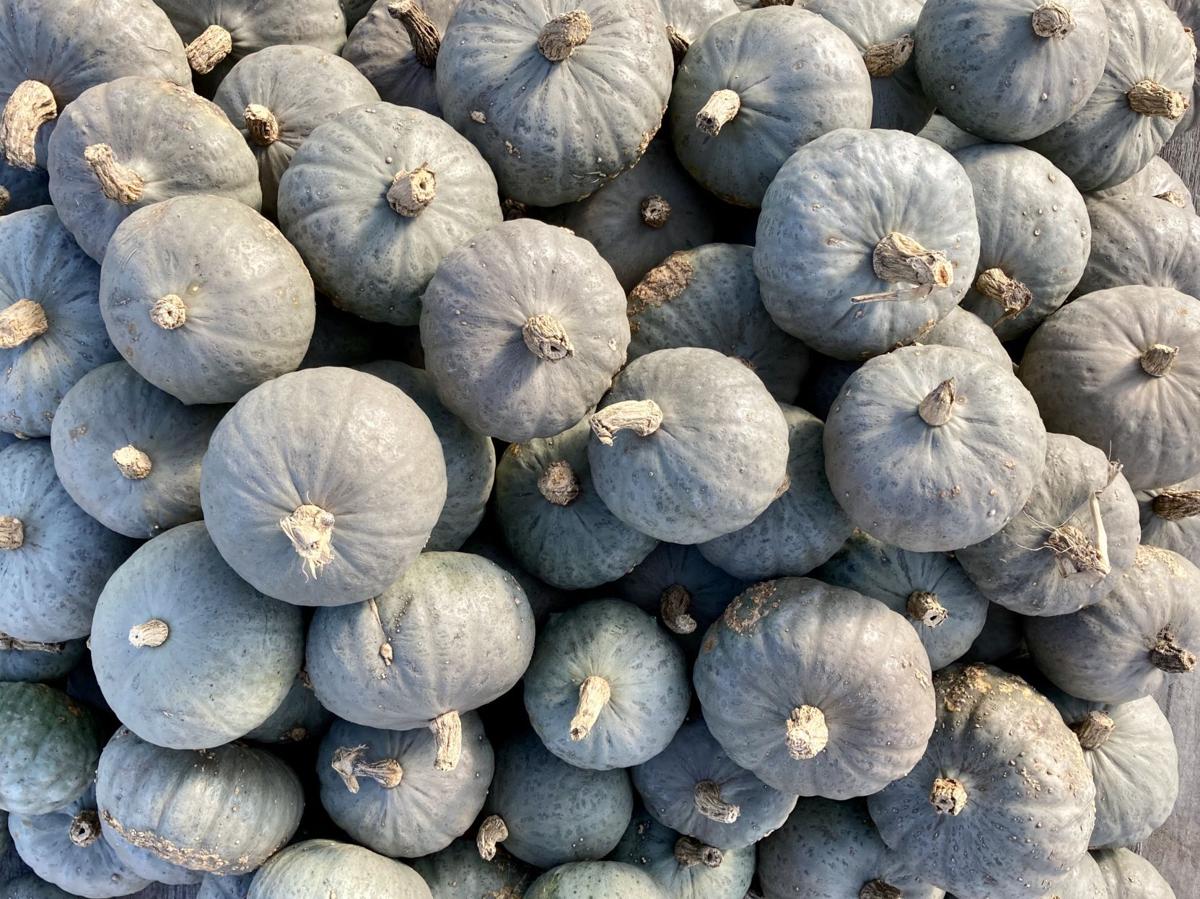 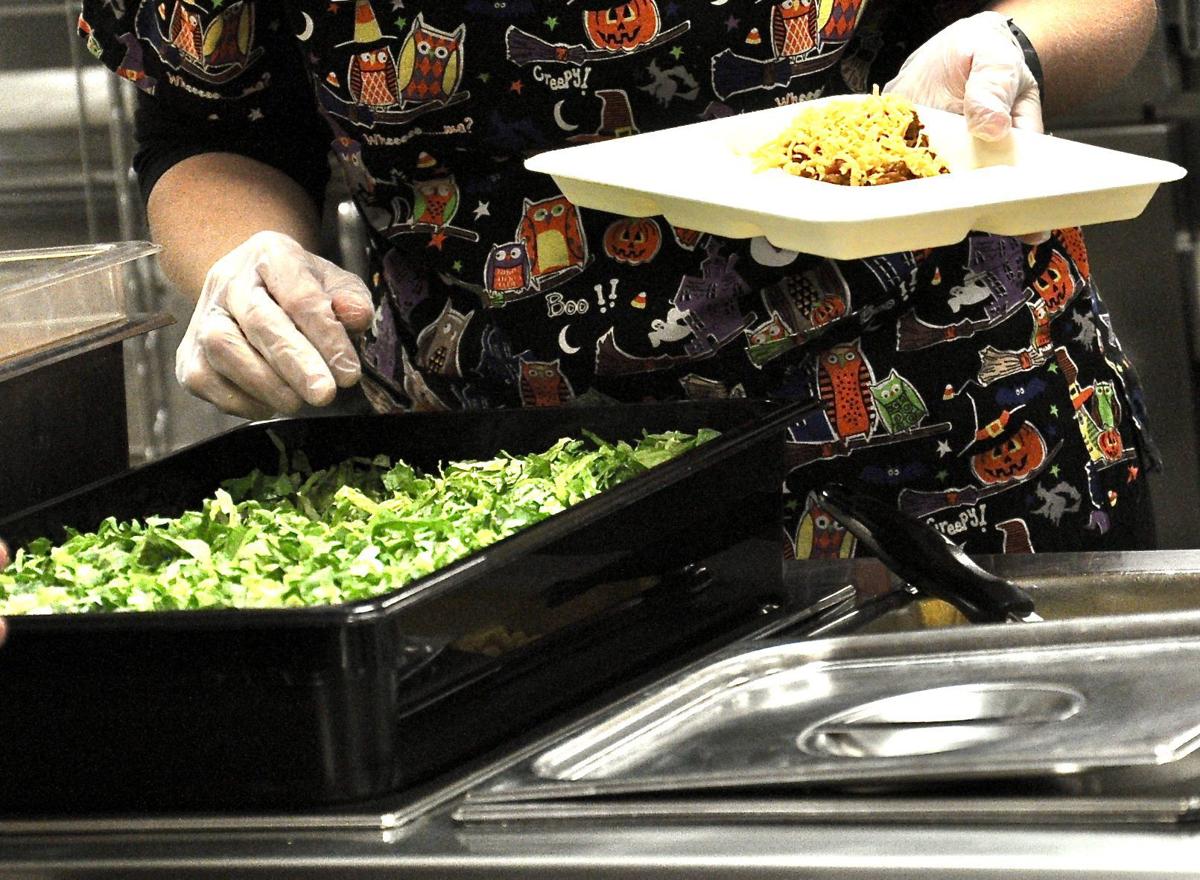 Litchfield Middle School students make their way through the lunch line. School lunches have included to a wider variety of produce this school year, thanks to a farm-to-school initiative driven by child nutrition director Lesli Mueller.

Tomatoes from local farms were roasted and transformed into tomato sauce.

Area school lunch programs got a little fresher this year.

In an age of prepackaged, precooked, fast meals from mega-producers, kitchen staff at schools in Litchfield, Hutchinson and Dassel-Cokato districts went a little more local, and a little slower as they incorporated food from local farms into the daily menus served to students from kindergarten through 12th grade.

“This is something I’ve been wanting to do since I started this position, but I could never, you know, get it going or know where to start or have someone that could supply us with enough of the produce for our school lunches,” said Lesli Mueller, who’s in her sixth year as child nutrition director for the three school districts.

That changed when Mueller was introduced to Aimee Haag, co-owner of rebelSoil, a rural Litchfield produce farm, and a member of the Hutchinson Farmer’s Market board of directors.

While none of the community supported agriculture, or CSA, farms in the area might be big enough to supply all of the produce needs, Haag said, a cooperative effort might provide a workable solution.

Using her connections, Haag established a pool of local farms, including Prairie Drifter Farm, a CSA south of Litchfield, Loon Organics, a rural Hutchinson CSA, and Boor’s Garden Patch, a family-run market garden in Hutchinson, to freshen up school lunch menus, with weekly deliveries of produce to the schools.

The local initiative is among many throughout Minnesota, a trend recognized by Gov. Tim Walz's proclamation of October as Farm to School Month.

While providing fresh-from-the-farm produce to students, farm-to-school programs also broaden the customer base of local farmers.

According to the National Farm to School Network, each dollar invested in farm-to-school programs stimulates an additional 60 cents to $2.16 of local economic activity. Case studies also have shown a 1.3 percent to 16 percent increase in student and teacher meal participation, which generates additional revenue for school meal programs.

The local farm-to-school effort hasn’t been perfect, Haag and Mueller said, but this year's pilot program has gone well enough for them to pursue the farm-to-school effort further. Much of the challenge, as Mueller suspected, is ensuring enough locally grown produce for the approximately 6,500 students in the three districts.

“We’ve been able to at least hit a building with almost everything that the farms have been able to grow this year,” Haag said. “You know, very quickly it became (apparent) we’re never going to meet the demand that the school has, or that they could have.

“So, I’m just like, we need more farmers,” Haag added. “But we did, we have done, green beans, cucumbers, summer squash and zucchini, carrots, all that and cherry tomatoes — a lot of tomatoes for the summer (lunch) program.”

With the growing season over, most schools in the three area districts received their last delivery of fresh-from-the-farm produce last week — a shipment that included a fair amount of squash.

Isaac Knott, cook in the Litchfield Middle School kitchen, said the squash likely would become an ingredient in the macaroni and cheese main dish planned for an upcoming menu. That’s a change from most of the produce that arrived from area farms this year, which was sliced and chopped for use in salad bars.

While salad bars are a simple way to incorporate fresh vegetables into a young person’s diet, Haag and Mueller both said being more creative with the use of produce — like a squash-laced macaroni and cheese, or a pasta salad — might expand students’ palate.

Haag hopes to do more culinary exploration during the next several months as she looks forward to the second year of the burgeoning regional farm-to-school program. She and Mueller also plan to work with kitchen staff to develop a kind of produce calendar.

The uncertainty of produce availability, as well as timing of that supply, were among Mueller’s primary concerns as she thought about expanding the farm-to-school initiative. But in the end, with Haag’s enthusiastic endorsement, she decided it was worth forging ahead this year.

“Farmer logistics and farm planning is so much different than commodity food and truck deliveries and warehouse planning, you know?” Mueller said. “It’s really easy to postpone a really beautiful project like this until you have all the pieces in place and everything makes sense. But then we would never get started. As much as I would love to wait until it’s perfect, it’s just, the growing pains are going to be half the fun, I think.”

Those growing pains have been minimal, at least from Mueller’s point of view. She said kitchen staff at the schools accepted the use of local farm produce — even when it was hard to predict exactly what produce might arrive on a given week.

“They learned they have to be flexible,” Mueller said.

During the pandemic, some of the federal government’s more rigid guidelines have been loosened, making it easier to fit various vegetables into the menu.

“Moving forward, if we could communicate to the farmers, you know, ‘We're going to want this this week and this this week,’ next year for menu planning, and farmers can grow based on that, it would be easier for the kitchens to know, ‘I'm getting these sweet peppers and these carrots and these potatoes,’ or whatever it would be, so that they can be more creative and thoughtful and controlled about it, it would grow,” Haag said. “I’m going to work on that this winter.”

After a season of giving farm-to-school programming a try, there seems to be an entire menu of initiatives under consideration by Mueller and Haag.

They talk about highlighting a vegetable of the day or the week, serving up nutritional information and farm background, along with the produce itself, to students in the lunch line. They also think there could be value in farm-to-school classroom curriculum. Perhaps even a school garden in which students could plant, care for and harvest produce that would end up on the school lunch menu.

Most important, though, is the collaboration between local farms and school food services.

“I just want more people here to have access to really good food,” Haag said. “It seems like a perfect partnership. “

“I think most schools in the state have (farm-to-school) to some degree,” Mueller said. “Even the little thing of providing a locally grown apple every October is huge for the kids, and then sometimes it can grow into something bigger the next year, with an apple and squash. And that’s kind of how it started with me. I could manage the apples every year, and then sometimes squash, so I think most schools, to some capacity, do something. It’s just how big do you want to go with it?”