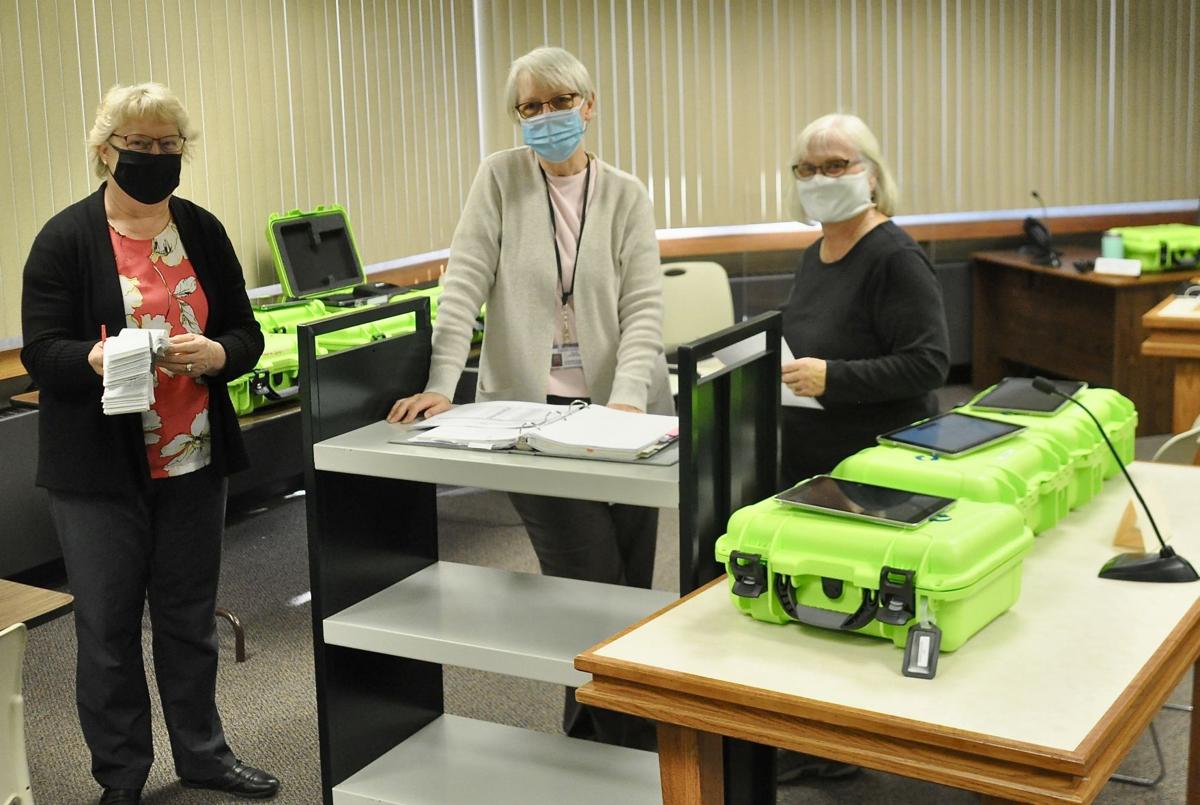 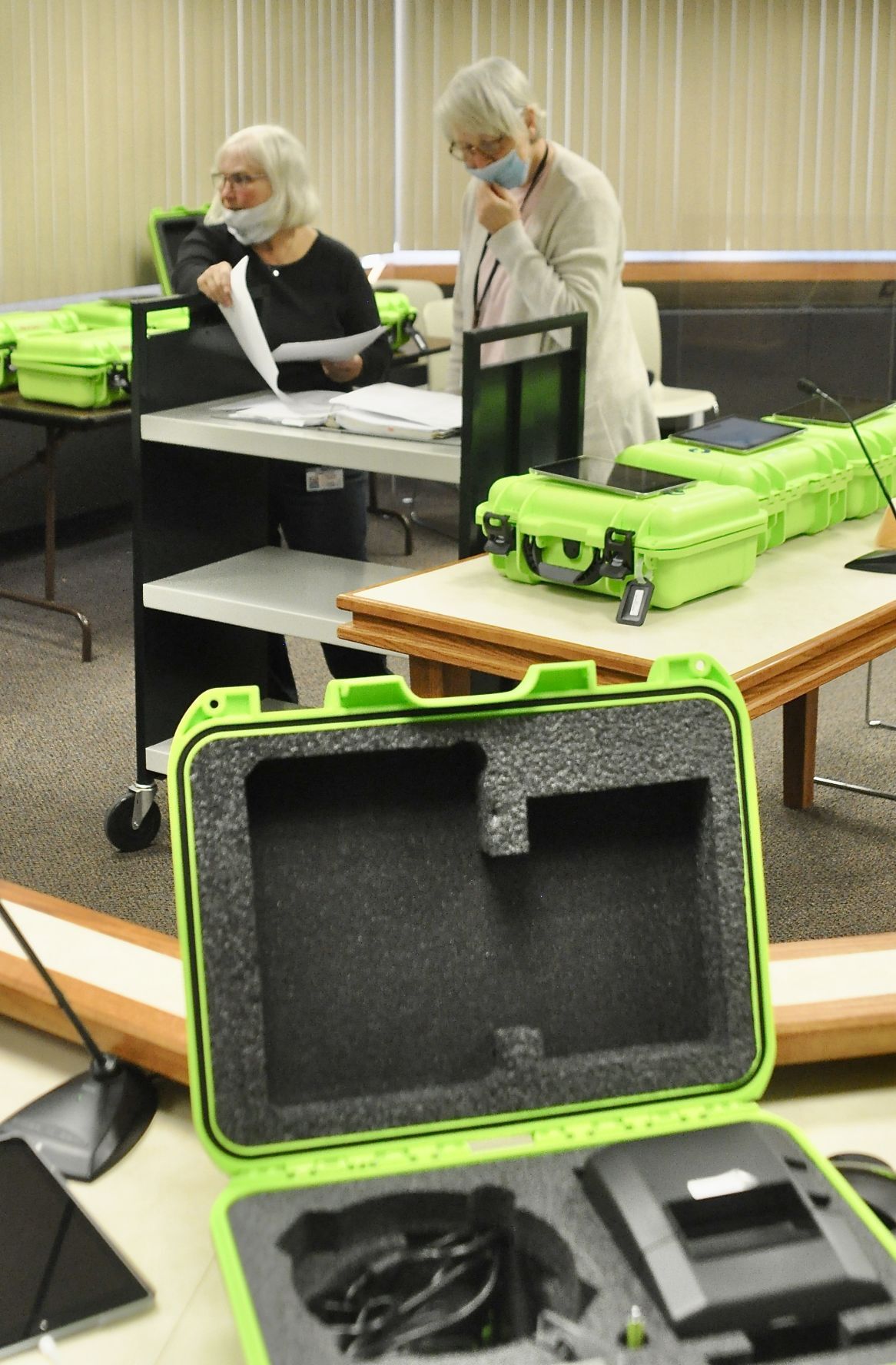 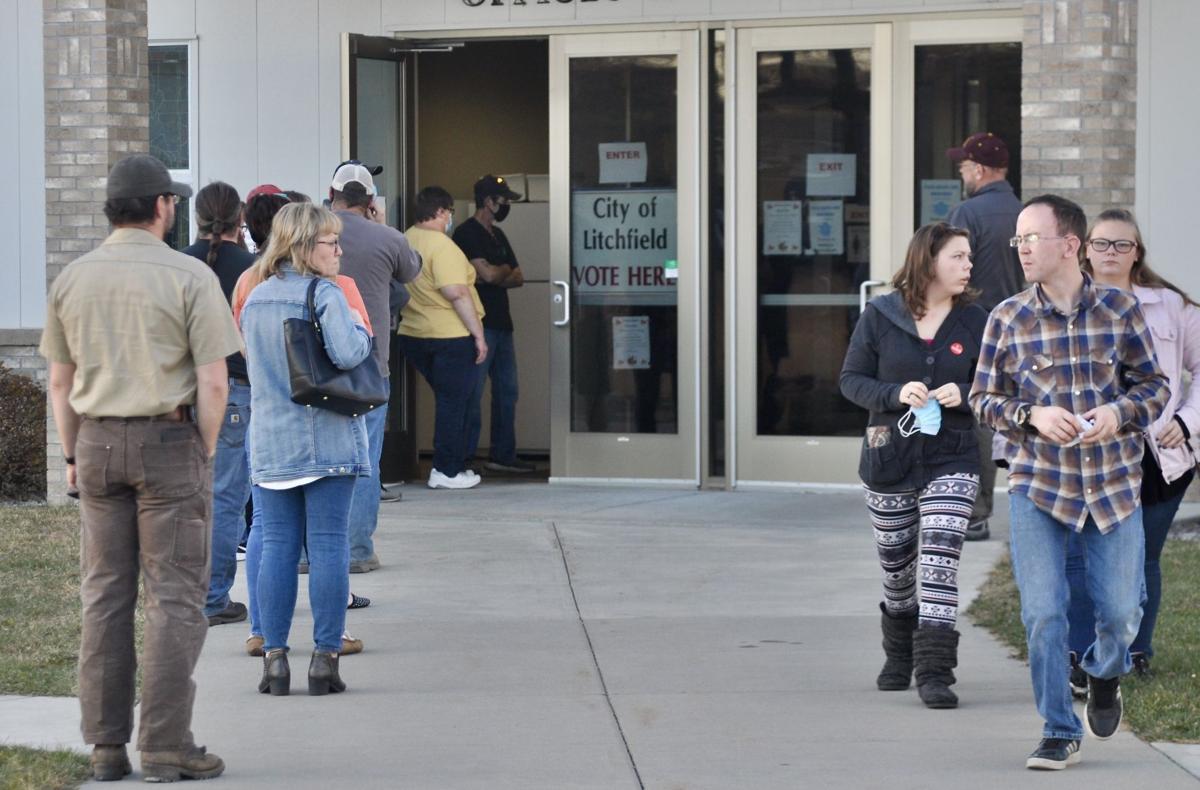 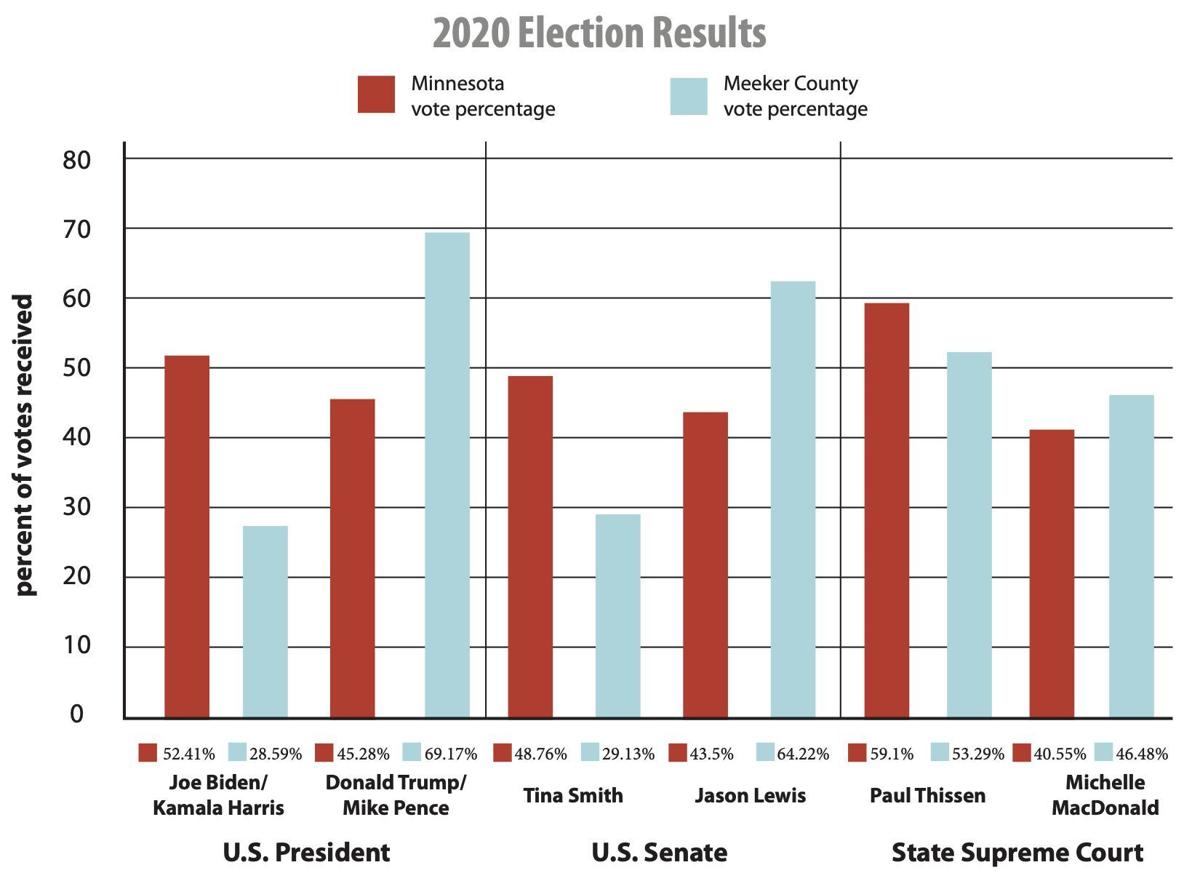 And despite the overwhelming number of ballots cast, the system worked as it should, according to Meeker County Auditor Barb Loch.

Preliminary totals indicate that 13,566 votes were cast in Meeker County, nearly 95 percent of the county’s registered voters when the polls opened on Nov. 3.

The county’s previous high vote total came in the 2016 General Election, when 12,386 ballots were cast.

Of the record vote total, 7,282 ballots — 53.7 percent — were cast in person on Election Day, according to the auditor’s office. That meant slightly more than 46 percent of the ballots were cast early — either by residents of the 10 Meeker County cities and townships that have mail voting, or by those who cast an absentee ballot.

And vote-by-mail and absentee ballots boosted turnout, it also was the most problematic for local election officials.

“There was definitely way more educated needed on the absentee and mail ballot process,” Loch said, adding that she was troubled by the amount of misinformation spread on social media.

Even though the auditor’s office and the Minnesota Secretary of State’s office put out an abundance of information about the absentee and vote-by-mail process, Loch said, she felt like they were “competing with the media, and not even the correct media, social media, in what the voters should believe.”

The vote totals remain unofficial until the county’s canvassing board — a five-member board consisting of county elected and administration members — meets to certify the numbers. That will happen Friday, Loch said.

Before then, she and her staff were busy scrutinizing results and reviewing the process. Because of their multiple checks, Loch said, vote totals are unlikely to change much, if at all, for any local race.

“We may fluctuate somebody up one or down one, but in my history that’s not going to change anything,” Loch said. “We are very thorough.”

That thoroughness and series of checks and balances played out a few times on Election Day. In one case, a young couple went to their polling place to vote in person, but they showed up on the voter registry as having been mailed a ballot. Communication between the polling location and auditor’s office confirmed their ballots had not been returned, and they were allowed to vote in person.

In another instance, a voter showed up at the polling location, but the registry showed their absentee ballot had already been accepted. The auditor’s office was able to go to its ballot storage area and retrieve the absentee ballot with the voter’s signature, verifying the ballot.

In neither case did Loch feel like the voter was attempting to vote improperly, but the system of checks established for absentee or mail-in ballots worked as it should.

“It worked for the voter,” Loch said. “They had every privilege they should have to vote.”