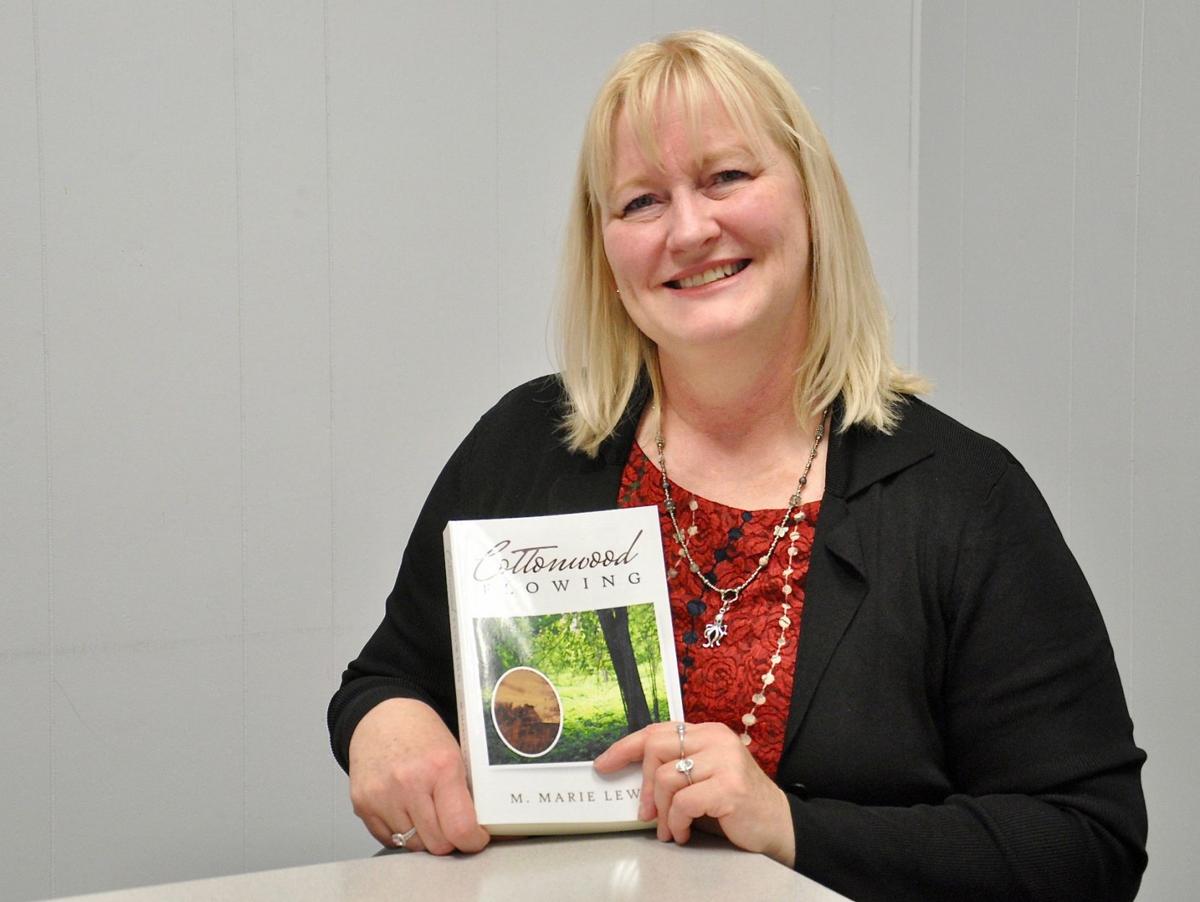 Mashell Bjorge of Litchfield holds her first self-published book, “Cottonwood Flowing,” which evolved through seven years of writing and research. 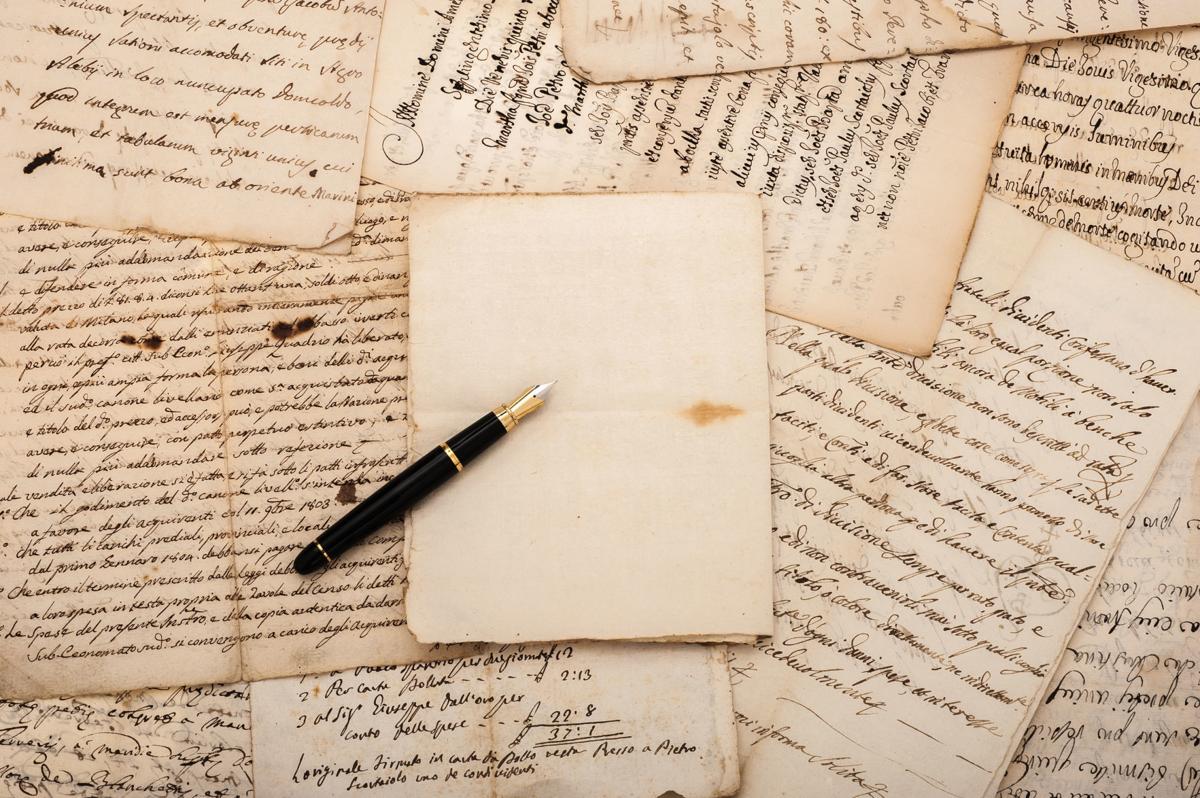 Mashell Bjorge of Litchfield holds her first self-published book, “Cottonwood Flowing,” which evolved through seven years of writing and research.

Writing has been Mashell Bjorge’s passion as long as she can remember.

But real life sometimes can be a barrier to pursuing one’s passions, as it was for Bjorge.

“I remember in eighth grade I had to write an essay or story, and then read it to the class,” Bjorge said. “What I remember mostly is the teacher gave me an A-plus and wrote on my paper, ‘Did you ever consider writing as a career?’”

That paper and teacher’s note — which Bjorge still has — has served as a constant nudge for her to indulge her passion for writing, even though life — college, marriage, children, career — often distracted her.

“Life is an amazing thing,” she said. “I have always believed and still believe that everything happens for a reason. That somehow there’s this path that you’re put on. Somehow at every place in my life where there have been obstacles or challenges, and in some cases really, really tough times, God has somehow … he’s taken me down the road to the next phase.

“This place” that Bjorge mentions is one in which she’s a published author. Her first book, seven years in the making, was released in October. And just weeks before the release of “Cottonwood Flowing,” Bjorge left her job as a financial adviser to pursue writing full-time.

“Cottonwood Flowing” is a story that spans generations, weaving actual world and Minnesota history into a fictional tale of a family’s experiences during World War II.

With an interest in history that she says she got from her father, Bjorge spent years researching and writing, intent on building a story that was true to actual events and places.

“It is not historically significant,” she says of the novel, “but I wanted it to be historically accurate as much as possible.”

That focus on accuracy, combined with life events, contributed to the length of time it took to write the book.

“A great deal of research was put into it,” Bjorge said. “You research a topic and you put in two or three paragraphs, and it becomes a long process when you try to make sure that you’re well-researched, and I did.”

The book follows a 17-year-old girl, Eva Kelly, whose two brothers are sent to fight in World War II. Meanwhile, Eva is at home in New Ulm, where some 200 enemy prisoners of war are being held.

Sixty years later, Eva’s story — told through her journals — unfolds before her adult granddaughter, Claire Beaudine, who is called to New Ulm when Eva suffers a stroke.

The story takes multiple turns as it shifts from the World War II era to present day. And in all of it, Bjorge said, she wanted to be as accurate as possible — to the point of researching the geological changes of the Cottonwood River, which winds through New Ulm, and what the weather was like in New Ulm in December 1943.

Bjorge said she spent long hours researching the history of POWs who were sent to a camp in what is now Flandrau State Park near New Ulm, where cabins in which the POWs were housed still stand.

“I researched all of that. I researched the German side … their weapons, their military. And I researched the home front,” Bjorge said. “Part of the twist (in the story) is the river. So you even research … how erosion and land management changed the flow. It just becomes so in depth, even for a very small part of it, it’s part of the story.

“And then you want the story that carries all of that together and is entertaining,” she added.

Bjorge grew up on a farm near Brooten, land purchased by her great-grandfather Knute Bjorge, which is now in is fifth generation of family ownership.

Bjorge attended University of Minnesota at Morris and earned a business economics degree. She married and lived and worked in St. Cloud for about 15 years. She remarried and moved to the Litchfield area, spending time farming before returning to the corporate world.

Her father “was a historian and he had a great deal of influence on me.” He kept a trunk filled with family artifacts, including letters, many of them written in Norwegian. When her father died seven years ago, she inherited much of that history.

“He had old photos and old letters and that old trunk,” she said. “It’s amazing. Not everyone has that chance to see their family history, so I feel very lucky. But that means my house is full of old junk.”

Of course, the stories that “old junk” tells also can be inspiration for a novel, which Bjorge started writing about seven years ago.

Working at Ecumen in Litchfield at the time, she began researching World War II history, checking out many books from the Litchfield Library. She later took at a job at a Hutchinson law firm. Often, she traveled to the firm’s main office in New Ulm, which allowed her to research the city and its history in which her story would be set.

“The book (idea) was there, the ideas were there in ways that I didn’t know right away,” Bjorge said. “I knew how it began and how it ended, but all of the things in the middle, they would just happen. I would be driving down the road and suddenly know, ‘Oh, that’s a way to do it.’

“The characters grew with me, too,” she said. “They’re pretty in-depth. A few different parts are related to my real life. It’s an enjoyable read and it’s got a lot of research and history, but it also has elements of mystery, and there’s a romance, and there’s a family saga. It’s kind of got the whole thing going.”

As the book began to come together, and ideas for her next book emerged, Bjorge decided that she needed to change her professional course. Rather than develop a career in financial planning that was likely to take two to five years to reach fruition, she opted to pursue the career of an author.

“It’s fun, and it’s scary,” Bjorge said of the change. “It’s a huge change and a big step. In my lifetime I’ve had such great opportunities. This is another step in that journey. Maybe I’ll write about myself someday, because it’s been an interesting ride.”

Mashell Bjorge uses the pen name "M. Marie Lewis" for her first book, "Cottonwood Flowing." The name is a combination of the initial of her first name, her middle name, and a salute to her mother's maiden name.

The self-published work, done through Lulu, is Bjorge's first book.

"I'm looking at it, holding it in my hand and thinking, "this is a real book,'" she said of receiving the first copies in the mail. "I cried. it was very moving to me to have it in my hand after all that time."

She already has plans for a second novel, however, which will include some characters from the first book.

"Cottonwood Flowing" is available on Amazon.com.