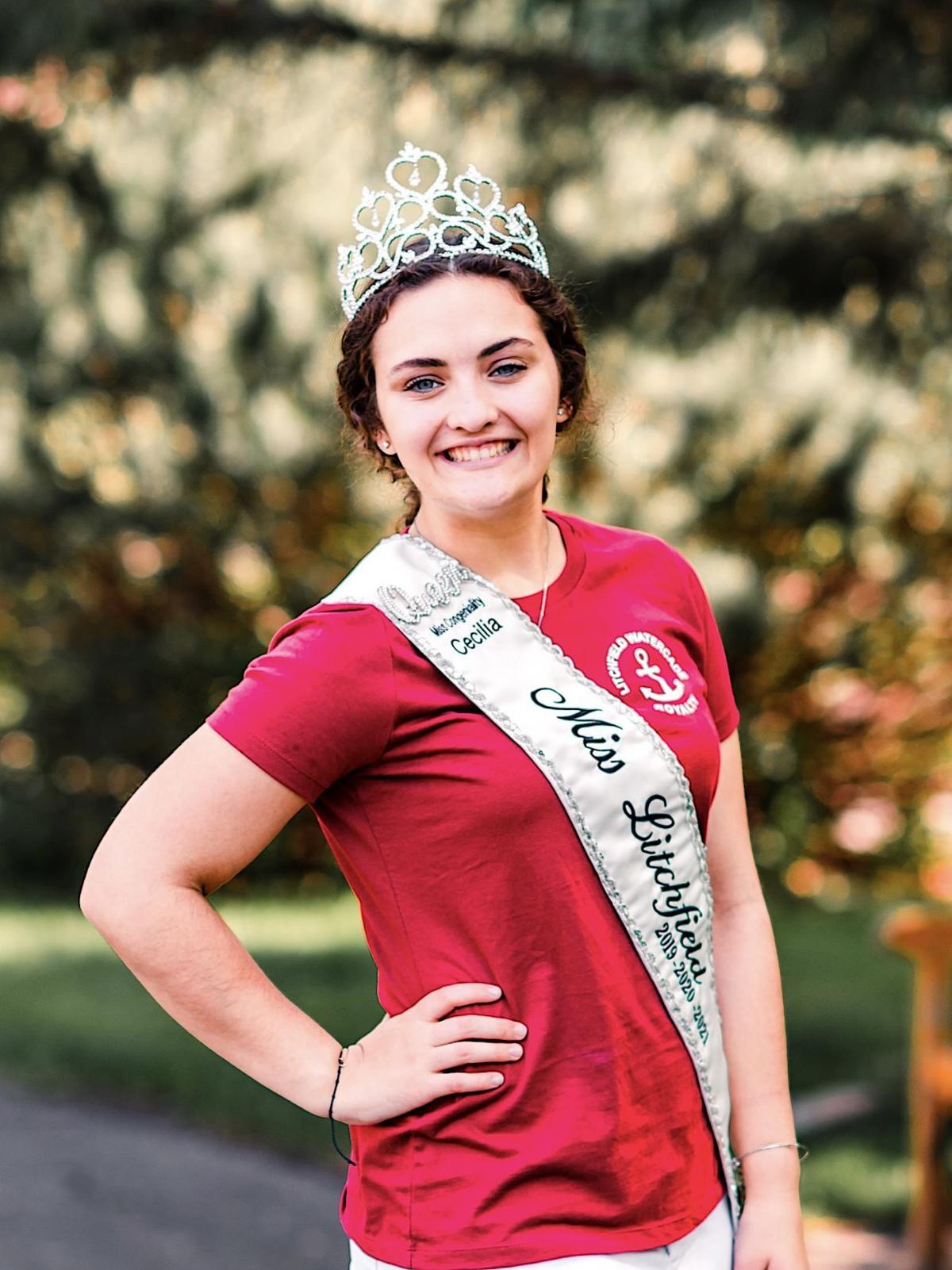 Miss Litchfield Cecilia Toenjes will crown her successor during the coronation at 3 p.m. Sunday at Bernia Aaker Auditorium. 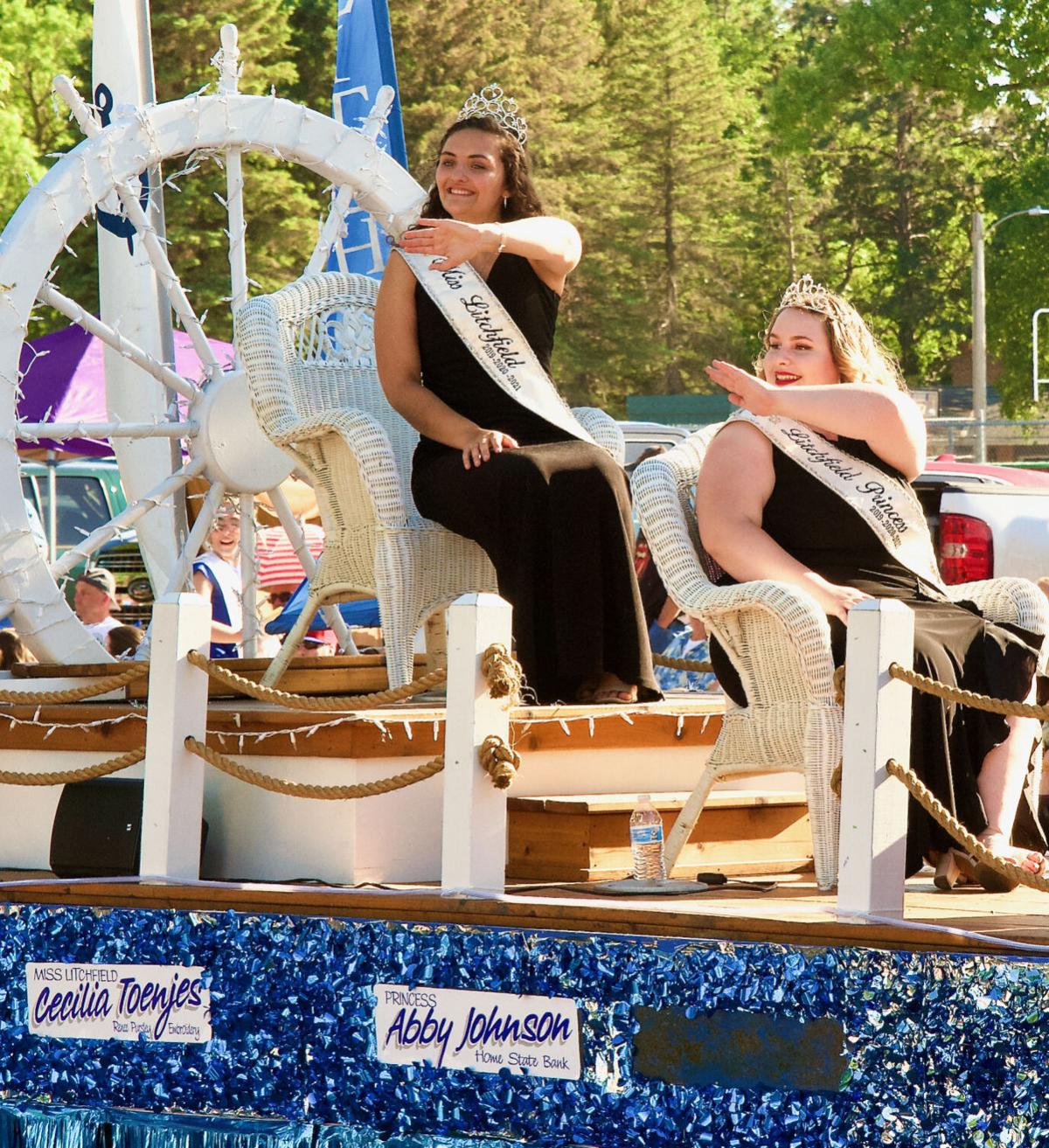 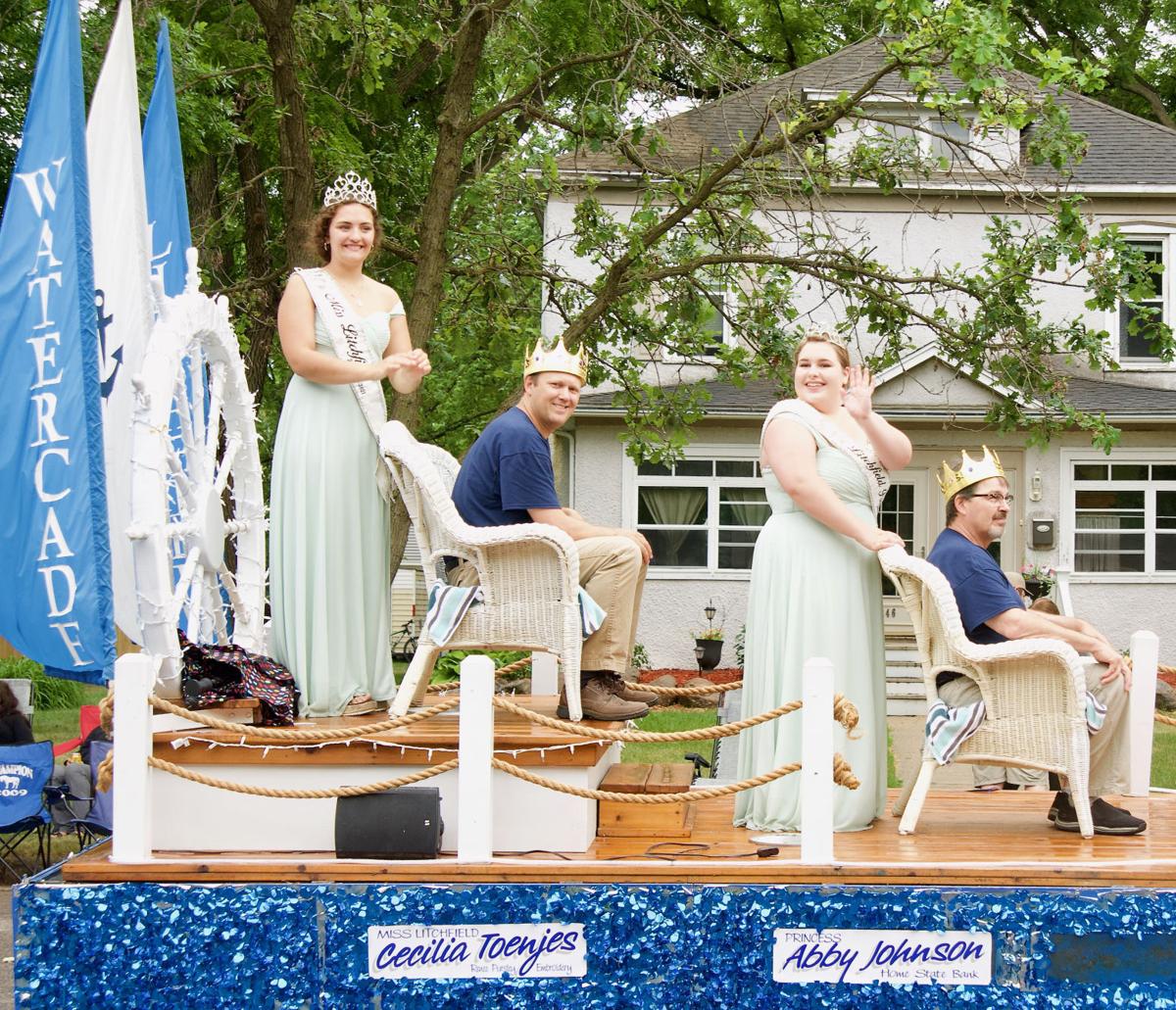 Ceclia Toenjes and Abby Johnson were joined by their fathers on the Watercade float for the Hutchinson Water Carnival parade in June.

Miss Litchfield Cecilia Toenjes will crown her successor during the coronation at 3 p.m. Sunday at Bernia Aaker Auditorium.

Ceclia Toenjes and Abby Johnson were joined by their fathers on the Watercade float for the Hutchinson Water Carnival parade in June.

Nearing the end of the longest reign in Miss Litchfield history, Cecilia Toenjes admits to being a bit conflicted.

After two years of serving as an ambassador for the city — a reign that doubled after the COVID-19 pandemic canceled all Watercade activities in 2020, including the Miss Litchfield program and coronation — Toenjes said she’s ready to see another young woman wear the crown.

Buuut … she’s had a lot of fun and experienced tremendous personal growth during the past two years, which makes stepping down bittersweet.

It’s been whirlwind to be certain, even though some activities of her reign were interrupted by the pandemic.

Toenjes had just finished her junior year of high school when she was crowned Miss Litchfield during the 2019 coronation, less than three months after her 17th birthday — a fact that, combined with her pandemic-lengthened reign – makes her the answer to at least one Watercade trivia question.

It was a position to which she aspired since childhood. The oldest of Chris and Amy Toenjes’ daughters — their younger daughter, Claudia, is running for Miss Litchfield this year — Cecilia remembers tagging along with her mother to coronation rehearsals, where Amy choreographed program dance numbers for years.

“I remember meeting the girls who would run and them telling me, ‘You know, one day you should run,’” she recalled. “It was always kind of in the back of my head.”

One thing stood in her way, however. A gifted saxophone player, Toenjes enjoyed being a member of the Litchfield High School marching band, and she wasn’t sure she wanted to give it up – even to run for Miss Litchfield.

In the end, though, the draw of a childhood dream won out.

“I was like, will I regret this? Because this was something I’ve wanted to do since I was 8 years old,” Toenjes said. “I have pictures of me wearing the Miss Litchfield crown from when I was 10. I was thinking back, and (wondering), would that girl look to me and be, like, ‘Oh, that’s something I was wanting to do, but I was just too scared to go for it?’”

She decided to run, knowing that if she wasn’t chosen to serve as Miss Litchfield or a princess, she could return to marching band as a “super senior” the following year.

“I have nothing to lose here,” she remembered thinking. “I’ll just do it.”

It’s safe to say, she hasn’t regretted a moment of that decision. If anything, the past year has strengthened her belief that she made the right decision.

In fact, she enjoyed the experience so much that when Watercade representatives asked her in 2020, if she was interested in serving another year as Miss Litchfield, Toenjes didn’t hesitate. But it was a decision based more on the ambassador program’s future than her own enjoyment of the royal role.

Though COVID-19 canceled most of 2020, Toenjes said, she and Princess Abby Johnson did many of the usual royal roles – they attended parades after being crowned in the summer and fall of 2019. And they made many public appearances and volunteered throughout 2020 and early this year.

“I feel like we’ve satisfied, for the most part, our ‘job’” as ambassadors, she said. “But I wanted to mentor the new girls and focus on continuing this program.

“The biggest turning point (in deciding to extend her reign) was thinking about the girls this upcoming year, and how, if we didn’t do it again, how they would be undergoing this new experience, alone with no leadership and role models,” Toenjes said. “It would be a much different experience than I got and I loved so much. I wanted to give these girls that. That was really what drove to doing it another year.”

And the mentoring role has been enjoyable, she said. Being with this year’s six candidates — Gracie Kellen, Abagayle Shoutz, Shamra Sainz, Haylie Magoon, Emma Pyrlik and Claudia Toenjes — at parades, coronation rehearsals and other public events has given her a good feeling about the next group of ambassadors who will represent Litchfield.

“They really remind me of when I was a candidate, because there was also six of us … and the dynamic between the girls, they all come from very different backgrounds and friend groups and experiences. And they are awesome together,” Toenjes said. “They have really impressed me so much, how they get along, how they talk to people, and how they’re willing to step outside their comfort zone to meet new people. So, I’m definitely excited about this group.”

She’s excited, too, about what lies ahead for herself. After crowning her successor Sunday afternoon, she will begin gearing up for the Minneapolis Aquatennial ambassador competition. It’s another opportunity to improve herself, Toenjes said, and to tout the city in which she’s grown up.

Her appreciation for Litchfield has grown during the past two years, she said, as she traveled the state as part of her royal duties and while she was attending University of Wisconsin-Eau Claire, where she’s majoring in exercise science.

“My life has changed a lot. I feel like a lot of personal growth happens when you go to college,” she said. “I’m so much more open to new things. My eyes have been opened to other places. Going to other communities, you just are able to appreciate Litchfield and the awesome town that it is even more.”