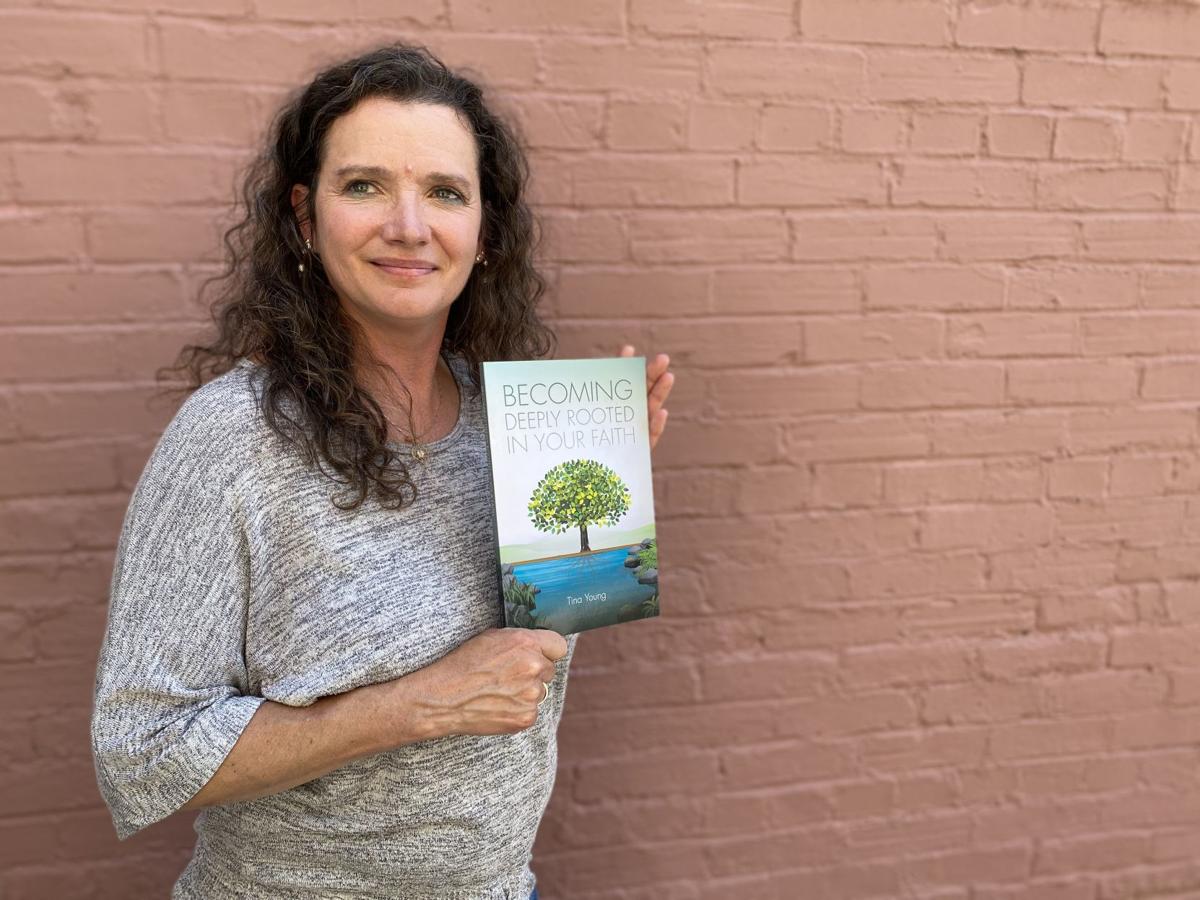 Tina Young holds her book “Becoming Deeply Rooted In Your Faith,” which she said was inspired by her own faith journey and by the things she learned while leading women’s Bible study groupos. 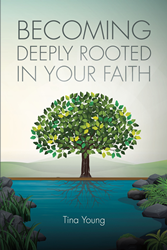 Tina Young holds her book “Becoming Deeply Rooted In Your Faith,” which she said was inspired by her own faith journey and by the things she learned while leading women’s Bible study groupos.

Tina Young knows she had God’s guiding hand in writing her first book, “Becoming Deeply Rooted In Your Faith.”

The evidence? Young says she’s really not a writer.

And yet, the Litchfield resident wrote a book. Because, well, God.

“He was the one that inspired me, because I could not have done it on my own,” Young said. “It would have been a disaster.”

Instead, writing the book is the culmination of a long journey — of self-discovery and of growing in her faith. And of challenging mental labor, of multiple rewrites and changes to create a book that Young hopes will help others better understand and grow in their faith.

Published by Christian Faith Publishing, “Becoming Deeply Rooted In Your Faith” is a devotional that delves into the Bible to help readers understand God’s love and His plan for one’s life.

“Encountering God is a refreshing way that brings inspiring life to your faith and causes your roots in your faith to go deeper,” Young writes in promotional material. “Join me as we journey through the Bible, learning how to apply the Word. Discover who God is and what He says about us. Fall in love with God, who loves us unconditionally, and learn to love like He does.”

The book springs from Young’s experience leading a small group Bible study at Cornerstone Church in Litchfield. The group was focused on marriage.

That conversation with God, Young said, gave her points to focus on during the women’s Bible study, such as: “hearing the voice of the Lord, how to know the Holy Spirit, how to know it’s God’s voice talking to us … what are the promises God has for us … what did Jesus do for us?”

Those points, and the conversations they started with the Bible study participants, because the foundation for the book.

By the time she had led six different groups of women through the study, Young realized that “with all the notes and all the studying I had done, and watching the transformations that took place in their lives (and) in my life, I really felt that I needed to put together a study guide so that other women could use it in their life.”

Writing the book was a three-year process, she said, though she wasn’t writing that entire time. Other “real life” things interrupted her, but also redirected her at times.

Once she’d assembled the outline and written much of the text, Young looked for a publisher. She admits to being a bit naïve about the process, but finding Christian Faith Publishing turned out to be the right match as they assisted her through about a year of editing, rewriting and editing some more. She became impatient at times, but her faith helped Young work through it and put together book she believes will be useful to many others.

It has been that way throughout her life, God working in her and giving her the confidence to work through many challenges.

She says it seems odd to see her book about faith now, especially considering her history as one who was too shy and unsure of herself to speak up while she attended school.

“God really did work in me because he helped me become open and to be able to speak comfortably with people, because if you asked any of my classmates, I was very, very timid and shy,” Young said.

She went through a “dark, deep depression” after her mother’s death in 2003, which was followed by several other deaths in her extended family, and then her son was killed in a car crash in 2011.

“I thank God that he dug me out of that,” she said. “If God wouldn’t have used all those steppingstones, of guiding, by the time my son died… I wouldn’t be who I am today. I would probably not be married, probably be divorced and I probably would have, you know, shipwrecked my life. And it would have been a horrible thing.

“But God met me,” Young continued. “And He, He just carried me all the way through that. And on the day my son died, he spoke so very clearly to me, ‘I will carry you and your family in the palm of my hand through this.’ And I clung to that every day, that He would get us through.”

Her marriage is stronger than ever, as is her faith, Young said. And that’s why she’s so excited to share, though the book, what she has learned in her journey with others who might need help navigating their own faith.

“It’s like a Bible study,” she said. “It gets them to think …was there ever a time that God was there and you didn’t know it? So it’s helping them be able to reflect back into their own life to see how God has been there all the time, weaving and moving and orchestrating your life in its flow.”

Biography: Young grew up in Manannah, one of 10 children of Wayne and Sharon Shoutz, and attended school in Atwater, and was part of the first graduating class of a combined Atwater and Grove City high school. She married her husband, John, and they had two sons. She has worked as a hairstylist, owning Divine Designs in Litchfield at one point. She changed careers, going to work for Lutheran Social Services, and also studied for and earned certification as a grief counselor from Professional Christian Coaching and Counseling Academy.

Inspired to write: Young says she was inspired to write her book, "Becoming Deeply Rooted In Your Faith," after leading Bible study groups at Cornerstone Church in Litchfield.

Where to get the book: “Becoming Deeply Rooted In Your Faith” is available at traditional brick-and-mortar bookstores or online at Amazon.com, Apple iTunes store, or Barnes and Noble.