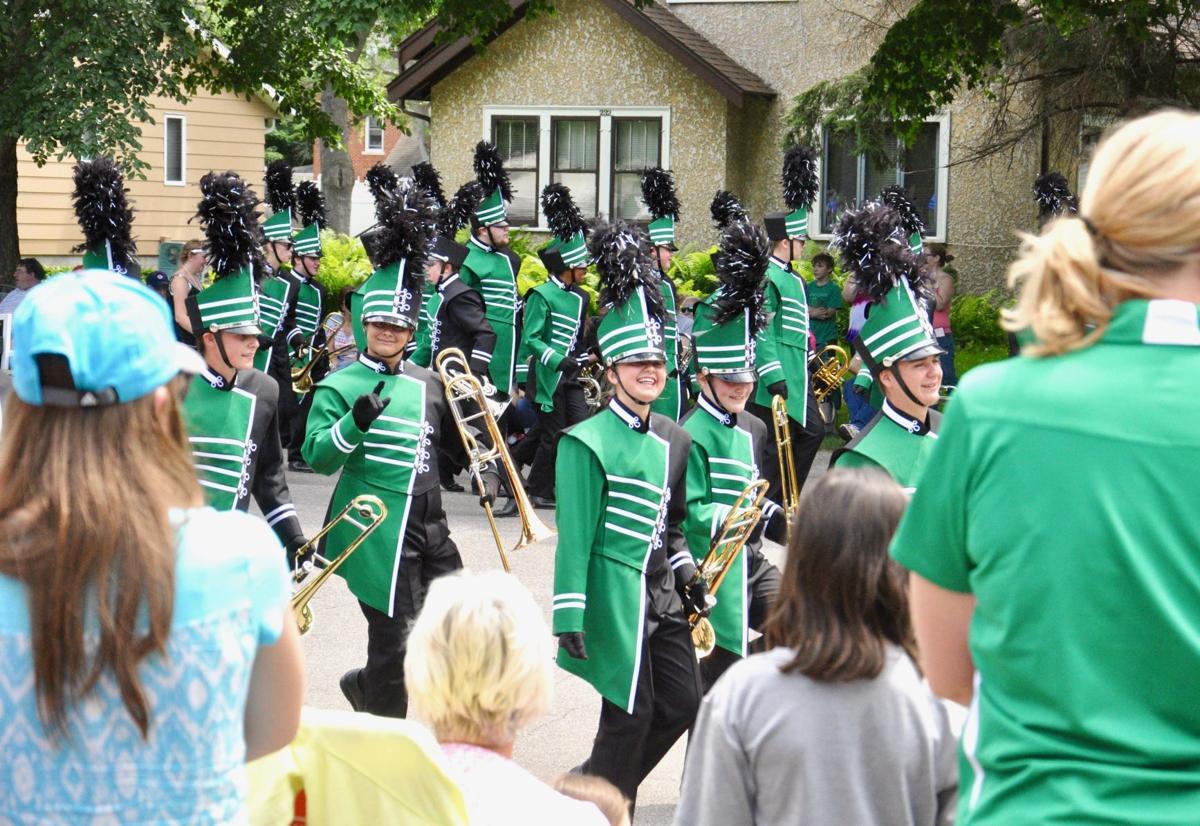 Litchfield High School Marching Band typically draws a large following to every parade at which they perform, so it was no surprise when thousands lined Litchfield streets for the inaugural Parade of Bands in June 2019. 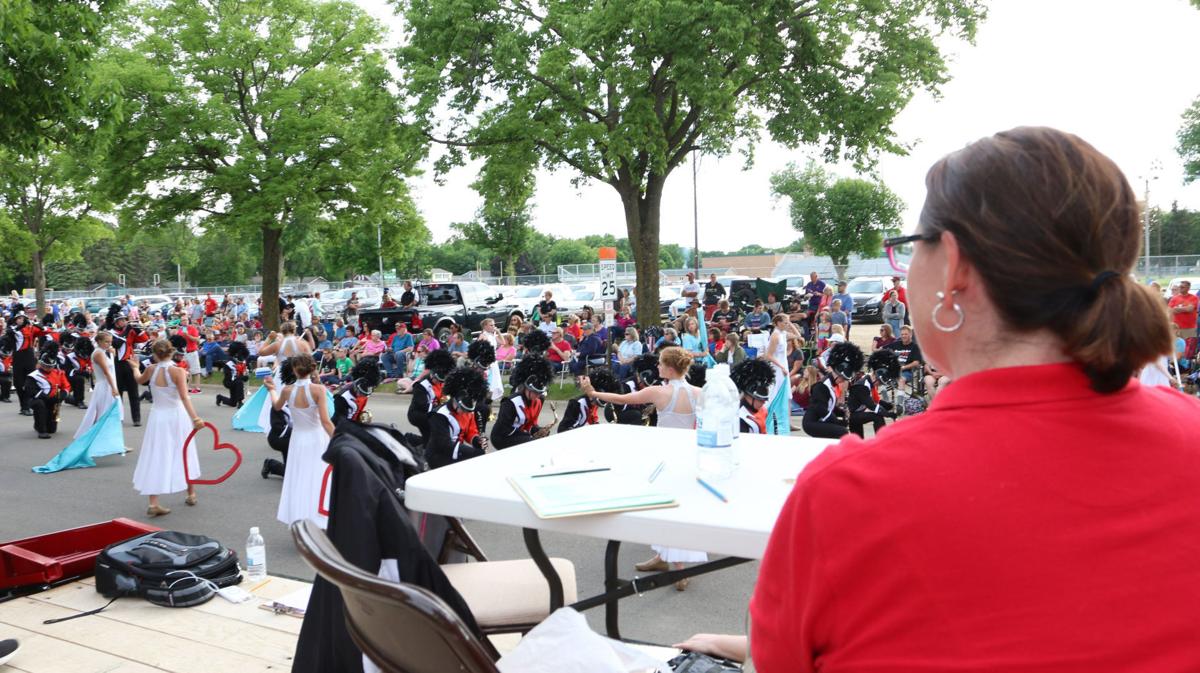 Judges for the Litchfield Parade of Bands sit on an elevated platform positioned at the third and final performance area of the parade along Gilman Avenue. From the judges’ view, you can see the band performing and crowds lining the parade route in the festival's first year in 2019. 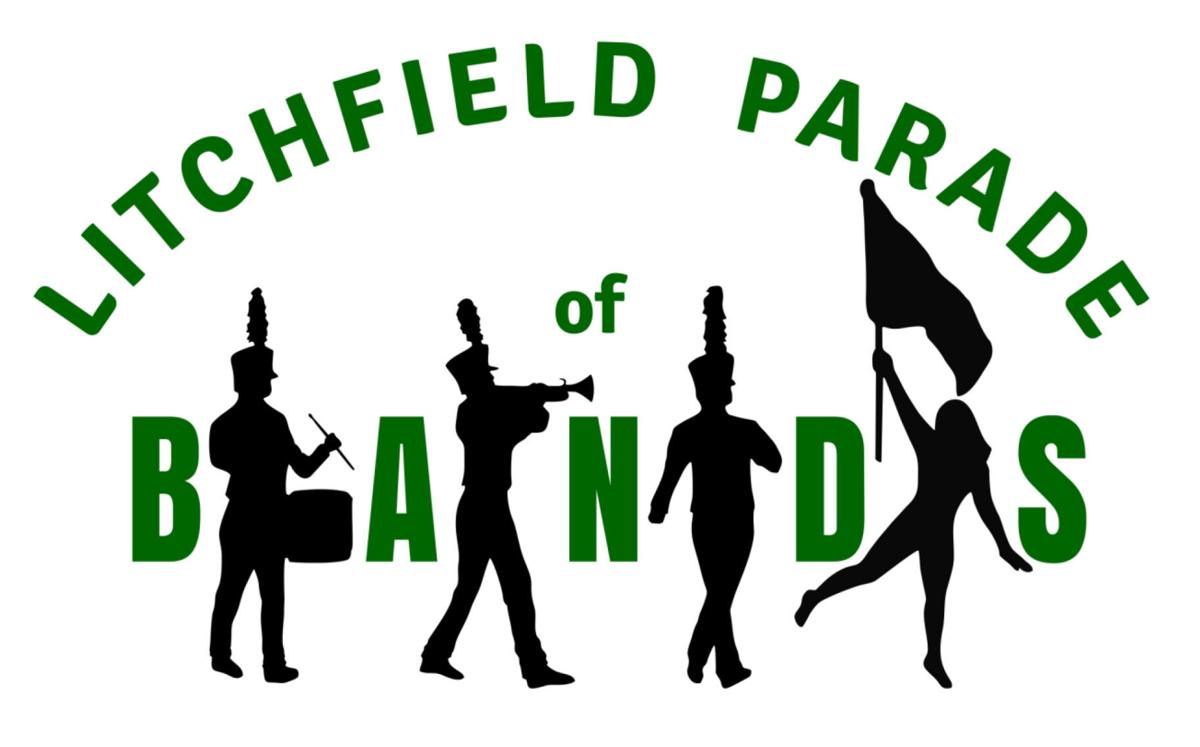 The 2021 Litchfield Parade of Bands will feature 12 marching bands from across the state, in addition to the Litchfield high School Marching Band. 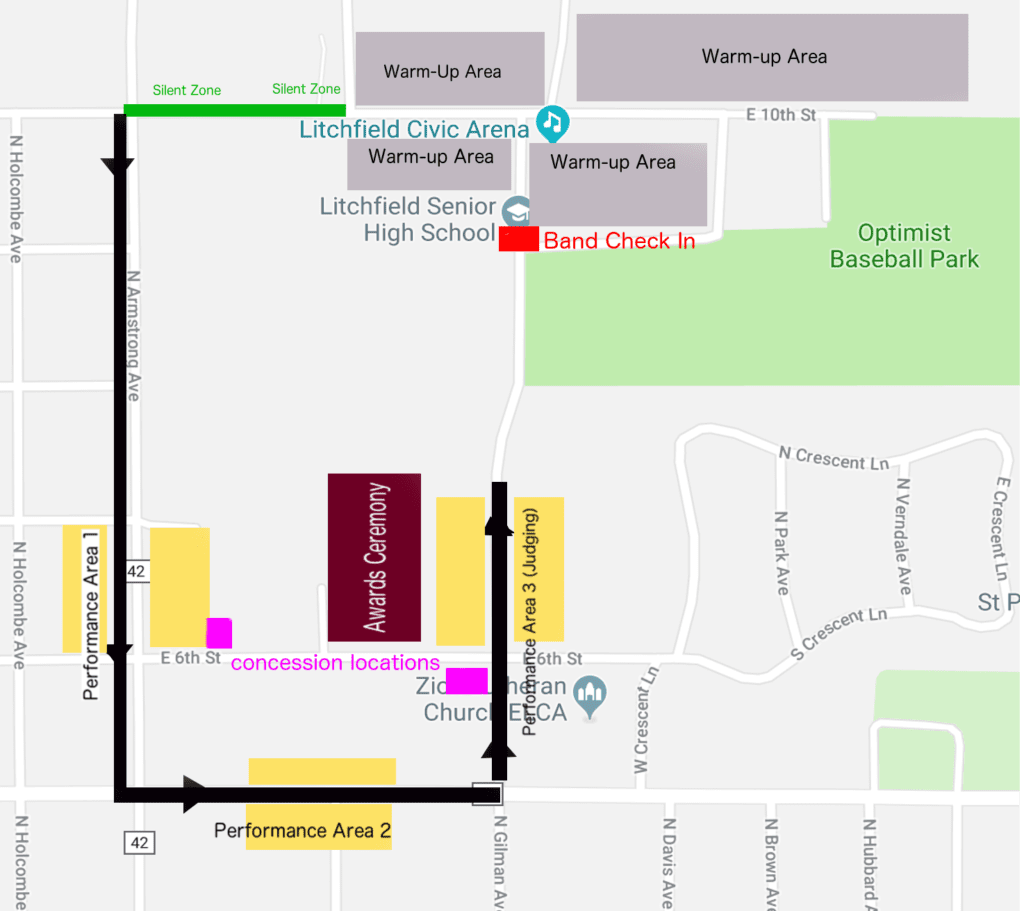 Litchfield High School Marching Band typically draws a large following to every parade at which they perform, so it was no surprise when thousands lined Litchfield streets for the inaugural Parade of Bands in June 2019.

Judges for the Litchfield Parade of Bands sit on an elevated platform positioned at the third and final performance area of the parade along Gilman Avenue. From the judges’ view, you can see the band performing and crowds lining the parade route in the festival's first year in 2019.

The 2021 Litchfield Parade of Bands will feature 12 marching bands from across the state, in addition to the Litchfield high School Marching Band.

The Litchfield Parade of Bands is coming back.

Shelved by the coronavirus pandemic last summer, the festival that brought 11 high school marching bands to compete on the streets of Litchfield in its inaugural year of 2019 will be back this summer, the Parade of Bands organizing committee announced recently.

“Everything has gone really well,” said Cathy Haugo, who is the committee’s logistics coordinator. “We were hesitant because of COVID, and yet once we made the decision to go ahead, things have fallen in place.”

Barring any unforeseen issues such as a spike in COVID-19 cases, the Parade of Bands will take place Tuesday, June 15, with 13 bands, including Litchfield, partiicipating.

Litchfield High School band director David Ceasar admitted he pushed hard for the committee to get the Parade of Bands back on the schedule for this summer. He was motivated by several factors, among them an effort to return to normalcy, the importance of scheduling and the need to fundraise.

“Essentially what happened was, I’m frustrated that we haven’t started up,” Ceasar said, adding that he encouraged the committee to, “Let’s put it out there and plan to do it, even if they tell us later we can’t do it.

“I don’t know the financial side of it, but I do know the band side, the kid side, the director side (and) they are champing at the bit,” Ceasar added.

Ceasar said that he’s been registering the LHS marching band for summer parades as he does every year, but in about half the cases there’s still uncertainty about whether events will happen. He thought it important — especially since the Litchfield Parade of Bands is still in its infancy — to commit to having the festival.

So, while other parade organizers have told him, “we’re almost out of time” for planning, Ceasar said he told fellow committee members, “Let’s get this thing started, because if we open up, we need to be ready to go.”

And so it began. Much of the organizational structure for the Parade of Bands remained in place, with most committee members returning, and with the over-arching backing of the Litchfield Convention and Visitors Bureau.

A big key in pulling off the event this year and keeping it sustainable for years to come, as it was in the initial year, will be financial support, according to Judy Hulterstrum, administrative coordinator for the committee and CVB director.

“Businesses have been hit hard (by COVID-19), but I have been absolutely amazed by the support so many different programs are receiving,” Hulterstrum said. “It is absolutely phenomenal what businesses are coming forward with. We know times are tough, but if you are able to support us, we would really appreciate it.”

Proceeds from the 2019 Parade of Bands will help fund this year’s event, Hulterstrum said, but the Convention and Visitors Bureau’s goal in creating the festival in the first place was to ensure an annual event that would bring visitors from out of town to enjoy Litchfield.

“This group (the Parade of Bands committee) is a very frugal group,” she said. “We spend wisely, work with what we have, within our means. But any support we receive will help to keep it going.”

Haugo said that, based on comments she’s received the past several months, she has every confidence that support for the Parade of Bands — financial and otherwise — will be in abundance, not just from the business community but residents.

“The first festival, there were a lot of $10 donations and $20 donations,” Haugo said. “Somehow, if people would understand, consider a contribution, no matter how small, that would be great. This has always been a grassroots effort, and we need that this year. We need it every year.”

When the Parade of Bands does step off this year, it will do so with a slightly revised format. Rather than the traditional competition with scores and ranking announced at the conclusion, bands will perform in a kind of exhibition format.

Though the Tri-State Judging Association will still score and offer critiques of each band, only two awards will be recognized — Peoples Choice and Grand Champion.

“We were ahead of the curve on most of this,” Ceasar said. “But we had this concept before (state marching band) directors even had a meeting about it. We knew there are going to be bands out there that can’t (because of COVID-19) put a band together for rehearsals. So, let’s allow people to come in and do exhibition only. That’s fostered this new thing, which is ratings.”

Rather than scoring for each band being announced, the scores and judging critiques will be given only to each band director for their band, and directors will be told whether their band’s score was enough for an “excellent” or “superior” rating.

In addition, no cash prizes will be given to award-winning bands. Instead, the Parade of Bands provides a $500 stipend for each band performing in the festival.

There is plenty of work to be done for the festival, which is now less than three months away, but the committee is excited about pulling those logistics together and seeing an enthusiastic turnout for the parade, Haugo said.

“I think people are looking for something to look forward to,” Haugo said. “Some hope. People, starting in September, were asking if it was going to happen. We’re going forward with it. A lot of people just loved the event two years ago, and they are going to be so happy to hear it’s back.”

The Parade of Bands committee includes eight people, each with a connection to the Litchfield High School marching band program, and each with a specific area of oversight. The group includes:

This year's Parade of Bands, scheduled for Tuesday, June 15, will feature 13 bands, two more than the inaugural event. The bands will compete for two awards — Peoples Choice and Grand Champion. Each receives a $500 stipend for appearing in the Parade of Bands. Bands include: