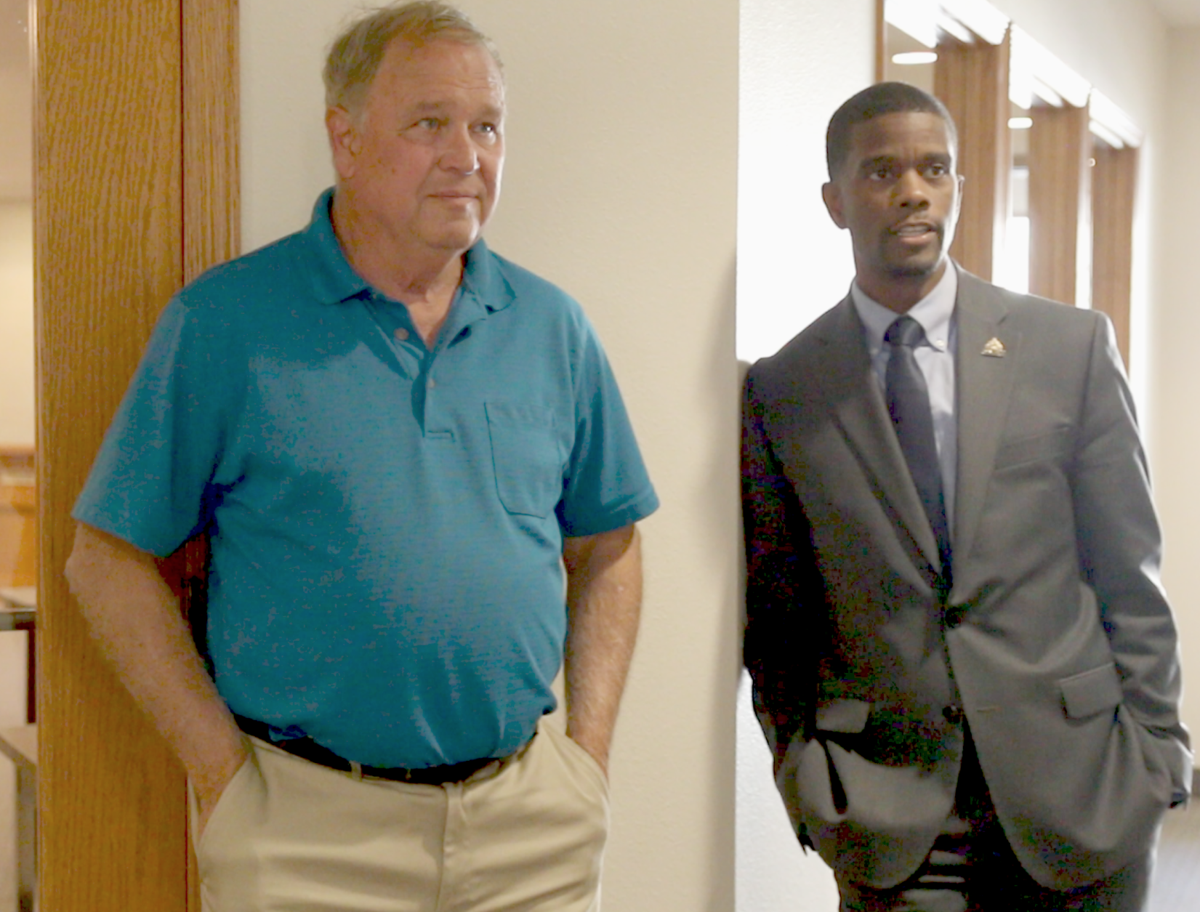 Rep. Dean Urdahl, R-Acton Township, and St. Paul Mayor Melvin Carter toured Litchfield last week, including a stop at City Hall, where they talked with Mayor Keith Johnson in addition to some City Council and Litchfield School Board representatives. 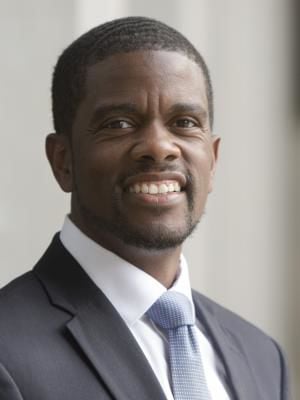 It might have seemed an odd pairing to some who saw St. Paul Mayor Melvin Carter tour Litchfield with state Rep. Dean Urdahl last week.

But to the two men who spent the better part of the day together, it was a worthwhile opportunity.

“You listen to people in some places, and they’ll tell you that a community like Litchfield and a community like St. Paul not only have nothing in common, but we should be working against each other,” Carter said during a stop in downtown. “One of the things I’ve learned … is the extent to which we’re really all up against many of the same things.”

Carter’s visit, which included breakfast at Swan’s Café, followed by stops at the G.A.R. Hall, Litchfield Opera House, Litchfield City Hall, First District Association and Litchfield High School, was prompted by a request from the mayor’s staff to Urdahl several weeks ago.

Urdahl said he wasn’t sure at the time exactly what the purpose of Carter’s visit might be, but it wasn’t all that unusual. Several years ago, he performed the same tour guide duties for then-Minneapolis Mayor R.T. Rybak.

The visit, Urdahl said, could help promote better understanding between different regions and philosophies of the state.

And the former social studies teacher also found an ardent supporter of the civics education bill he has been promoting for a number of years.

“His championship for our students to receive a high quality civics education — that couldn’t be more important,” Carter said. “We teach our kids, you know, who signed what documents in what year, but don’t teach them how to use government and how government is relevant in our lives today. I often feel like that would be similar to going to driver’s ed and reading Henry Ford’s biography, you know, but never learning how to parallel park.”

But there are many issues beyond civics education where the two politicians with seeming disparate backgrounds and views can find common ground, Carter added. Urdahl is a member of the House bonding committee, and he and Carter have talked frequently.

Carter also complimented Urdahl on being an example of a legislator who works across the political divide.

“We were talking about that earlier,” Carter said. “We’ve gotten a chance to build a relationship and to sit together and have conversations about the investments that are necessary in our state and how we make those investments, frankly, statewide. Because one of the things we were chatting about over breakfast is the extent to which people who live in Litchfield might work in St. Paul, or the extent to which the people who live in St. Paul might come out to a cabin in Litchfield.”

This connection was echoed during a conversation at Litchfield City Hall earlier in the day, Carter said, when Mayor Keith Johnson explained the need for increased school funding, an investment in stormwater system, the drive for a wellness-recreation center, and the struggle to create affordable housing.

“I joked with (Johnson) that it sound like he was describing St. Paul,” Carter said. “Our ability to understand Litchfield and the ability to understand the work that’s going on in Litchfield helps us approach the work we have to do in St. Paul. And specifically, I have to say Rep. Urdahl and I get a chance to work together quite a bit in the Capitol, particularly through the bonding committee.”

Because of people’s mobility these days, he added, “it really doesn’t make any sense for us to just approach (issues) on a city-by-city basis …. We’re making the case for regional and statewide housing and regional and statewide infrastructure investments. Those aren’t things that just St. Paul needs, and they’re not things that just St. Paul and Lithcfield need, they’re things we all need.”

Those things should mean that no matter the differences — and maybe sometimes because of those differences — cities and politicians should be able to find a way to work together, Carter said.

“We’re not really on team Democrat or team Republican, or team metro or team greater Minnesota, we should all be on team Minnesota,” he said. “As we talk to our neighbors in St. Paul or as we talk to our neighbors in Litchfield, I would imagine they wouldn’t necessarily speak up first to articulate a preference of who is in the majority. What they tell you is, we need health care, we need housing, we need jobs that we can feed our families with, and we need to send our kids to schools that can prepare them for the future, and I consider myself a teammate along with anybody who’s working for those things.”