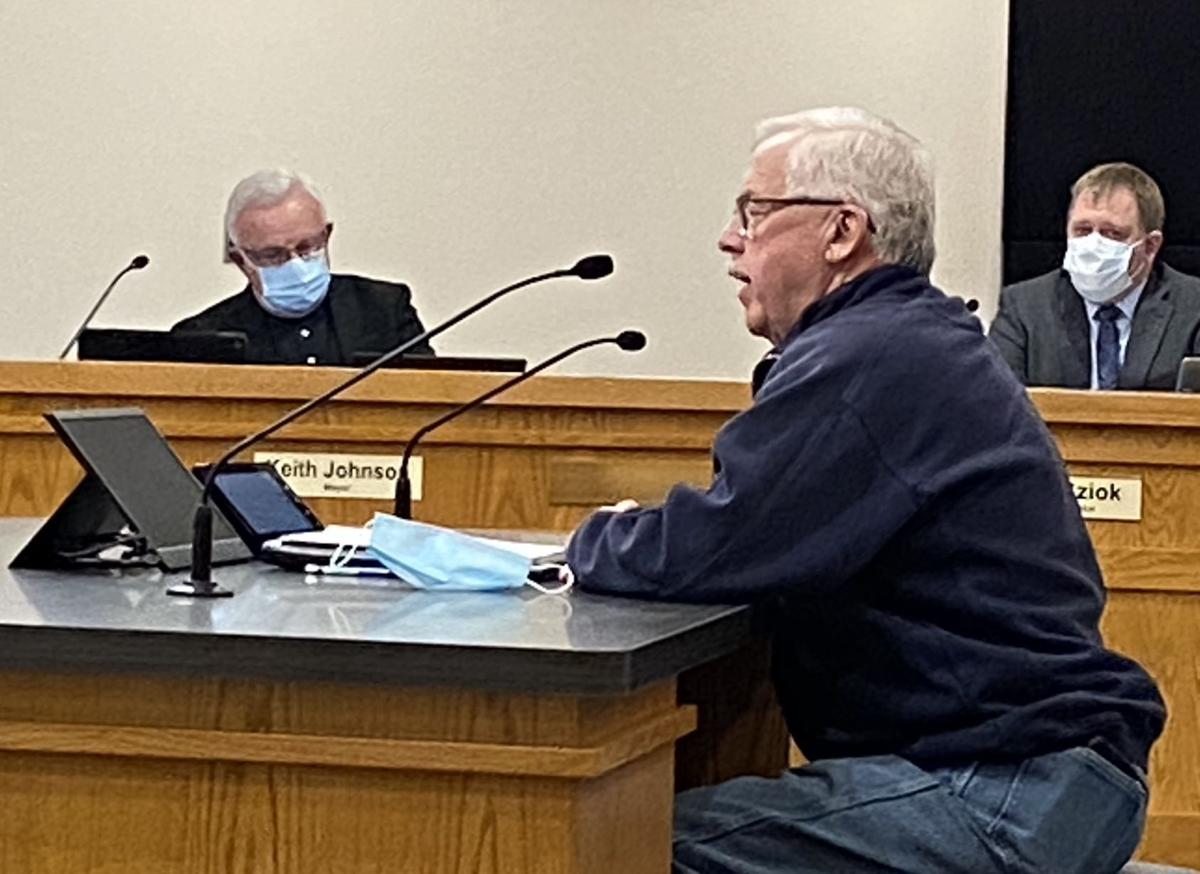 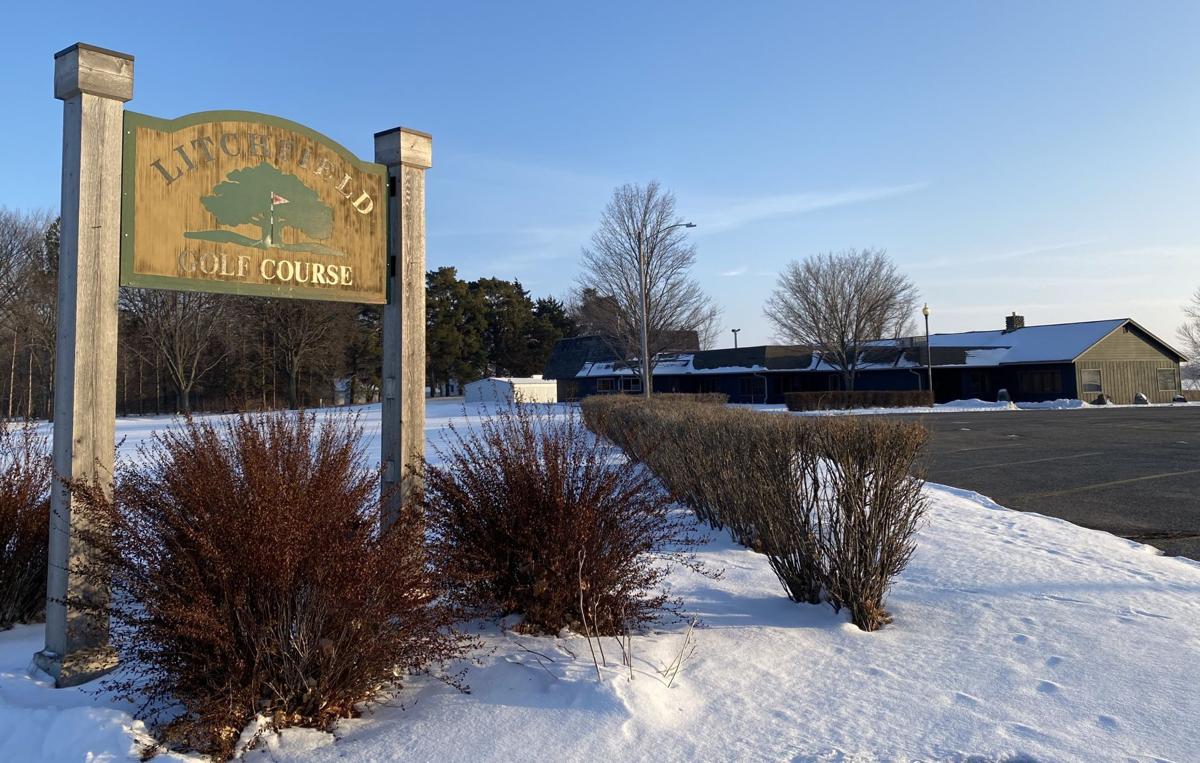 What to do with the city-owned golf course and clubhouse?

A lengthy discussion among council members — sandwiched around a pointed critique and explanation of operations by a member of Litchfield Golf Club Inc. — ended with a Council vote to clear up old debts and continue looking for solutions to a years-old problem.

Based on what Peter Kormanik, who represented Golf Club Inc., said during the Jan. 4 meeting, it could be a bumpy path to a resolution.

Near the end of a several-minute monologue, during which he said the city — while threatening to take golf club operations away from GCI because of poor management — was actually not fulfilling its obligations, Kormanik likened discussions to marital difficulties.

“You call this a separation,” Kormanik said. “I call it a bad divorce. Because that’s what’s happening.”

The City Council approved, on a 5-2 vote, a $62,500 payment to Golf Club Inc., the total of five years’ worth of operating allocations due the nonprofit organization that runs the clubhouse under terms of a 2013 lease agreement.

Those details were shared in a memo from Council members Eric Mathwig and Betty Allen, which was included in the meeting agenda packet. And while the memo answered some questions, it also left open several others that Council members asked throughout the discussion:

Why didn’t the city make the annual payments? Why were 2014 and 2016 allocations forgiven, but not 2015? Whose responsibility was it to ensure payments were made? Should GCI have billed the city for the allocations? When will a tenant be found for the clubhouse restaurant, formerly operated as Peter’s on Lake Ripley?

Although she is one of two members on the golf course negotiating committee, Allen objected to the $62,500 payment, as did Darlene Kotelnicki.

“I cannot consider this,” Allen said. “It’s been anything but a transition, and it certainly hasn’t been smooth.” She added that the negotiations indicated to her that there were “toes stepped on … feelings hurt.”

Mayor Keith Johnson asked if discussions with GCI had included an “exit” for the nonprofit.

“We talked about … maybe look at the city taking over the entire operation out there,” Johnson said.

Mathwig responded that discussions with GCI were focused on the financial terms of the 2013 lease agreement.

“I guess I’m really confused,” Kotelnicki said. “I thought we were supposed to come up with a termination agreement.”

Kotelnicki said if the payment was to be part of moving forward, and terms of the 2013 agreement were to remain, she thought a new, more detailed agreement was needed for clarity. She added that she still had questions about sale of property adjacent to the golf course, for which the city was negotiating with GCI, as well as just how much the city had spent on renovation of the clubhouse and other improvements at the course in 2020.

“The agreement has to be done complete …” she said. “That’s to respect each side.”

Council member Ron Dingmann agreed there were some points of confusion and contention through the years regarding golf course management. However, the city has a “contractual obligation” to pay the $62,500 in membership allocation.

“Let’s face it, the 2013 agreement wasn’t the best agreement,” Dingmann said, explaining that he served on the city’s Finance Committee during those negotiations. “We were at a standstill with Golf Inc. Finally, (it was) at the 11th hour, when Golf Inc. accepted our agreement.

“I would like to see the current agreement terminated and work out something better,” Dingmann added. “I think in order for us to complete our contractual obligation, we need to terminate this agreement and start over.”

Johnson said he could support making the $62,500 allocation payment, if he knew what Golf Club Inc.’s intentions were.

“Please discuss where you’re going with this 2013 agreement … consciously thinking about what (GCI is) doing with this money you’re getting every year,” Johnson said. “You have to find a tenant, and you have to decide how this restaurant is going to be run. This is on your shoulders.”

It was at that point Kormanik, who attended the meeting with two other Golf Club Inc. members, asked to address the Council, and members unanimously consented.

“We’ve shown you folks what we have spent our money on,” Kormanik said, adding that the GCI board has discussed using the allocation for continuing its adult golf leagues, starting a junior golf league, scholarships, assisting the high school golf program, and other things. “People say they want to know, ‘what is Golf Club Inc. going to do if we get our money’ … It is our money. If you want to keep stealing it from us, yes, you can.”

Kormanik said that Golf Club Inc. has not stopped trying to find a tenant for the restaurant, but that “it’s kind of hard to get somebody to come out and take a look at a business that isn’t there.”

He seemed to reject the idea posed by some that the restaurant be converted to a “catering kitchen,” because “it’s not what people in this town want.

“We’ve been doing a lot,” Kormanik said of GCI. “At the same time, we’re not sure what the city wants us to do. We’ve yet to see a plan. They keep telling us they’re taking it from us.”