You are the owner of this article.
Edit Article Add New Article
You have permission to edit this article.
Edit
Home
News
Sports
Business
Lifestyle
Photo/Video
Jobs
Classifieds
In-Paper Ads
Customer Service
1 of 15 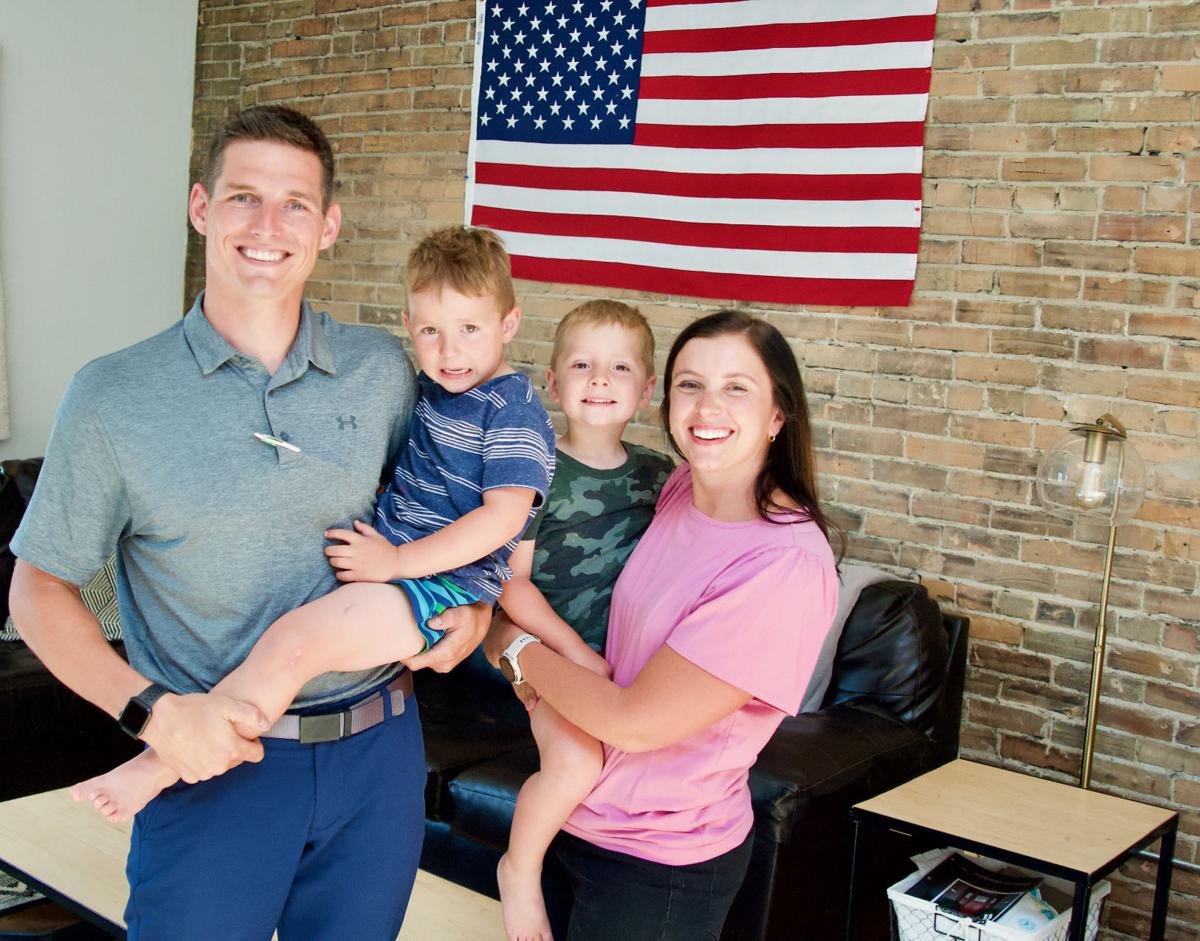 Frank and Brittany Koch and their sons pose for a photo in their second-floor apartment at 126 Sibley Ave. N. 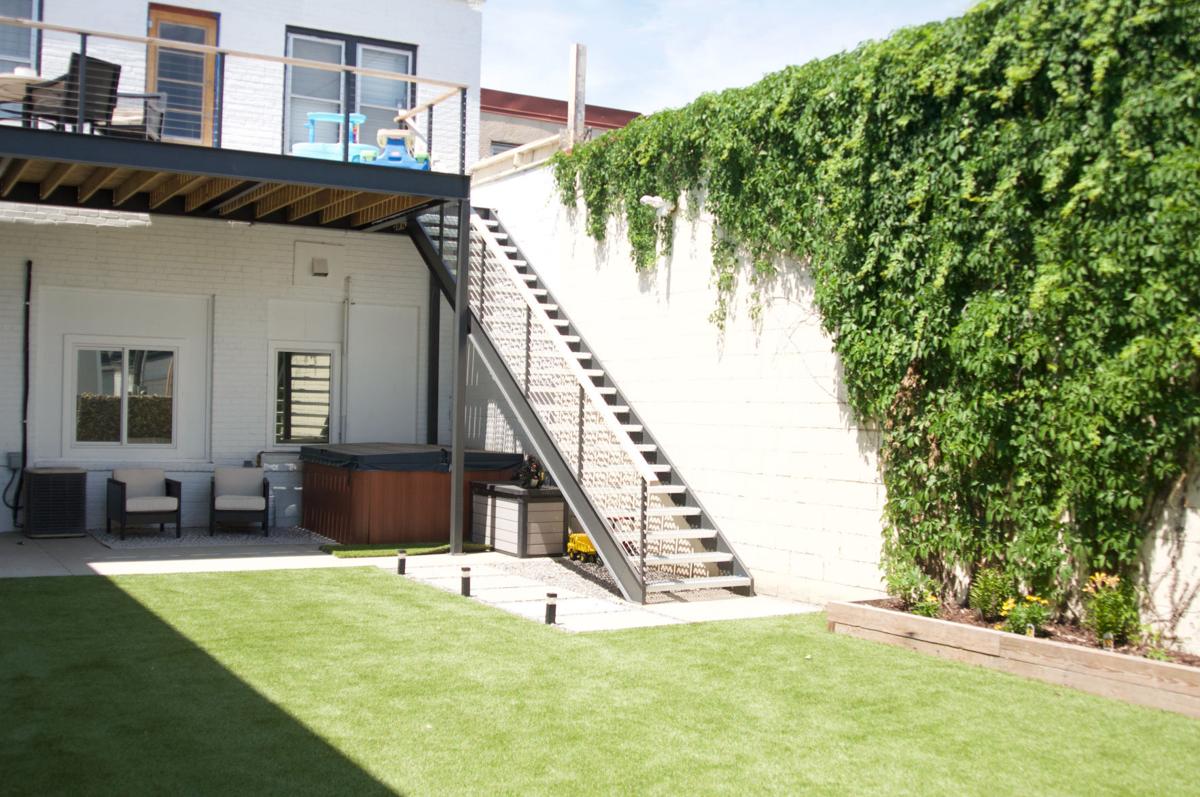 Among the changes Frank and Brittany Koch made to their building was transformation of their dilapidated deck and courtyard into a welcoming outdoor area. They built a new deck and added an artificial turf lawn to the space. 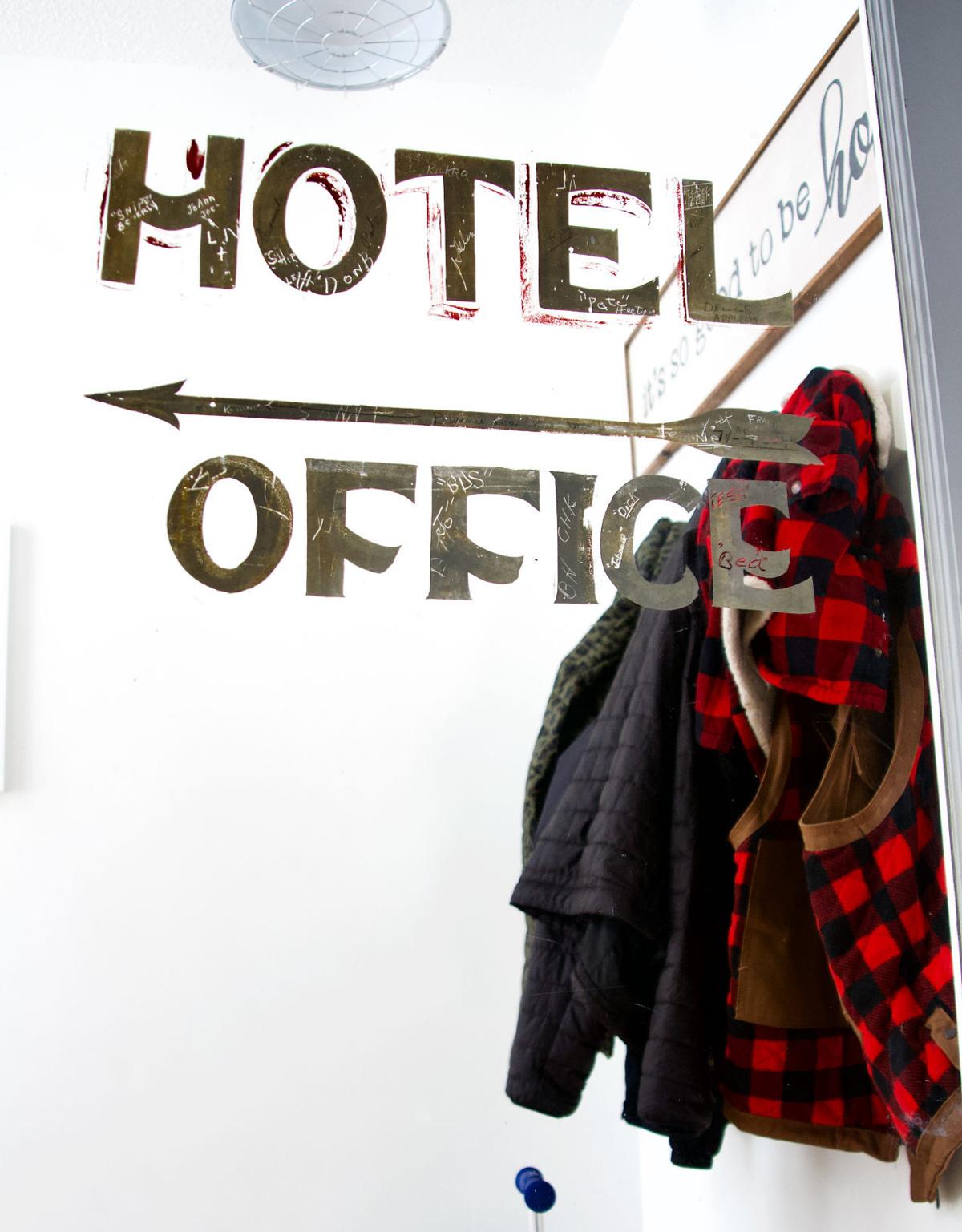 Frank Koch found the original door for the hotel in the basement of their building and rehabbed it, and it’s now used at the entrance to their second-floor apartment. 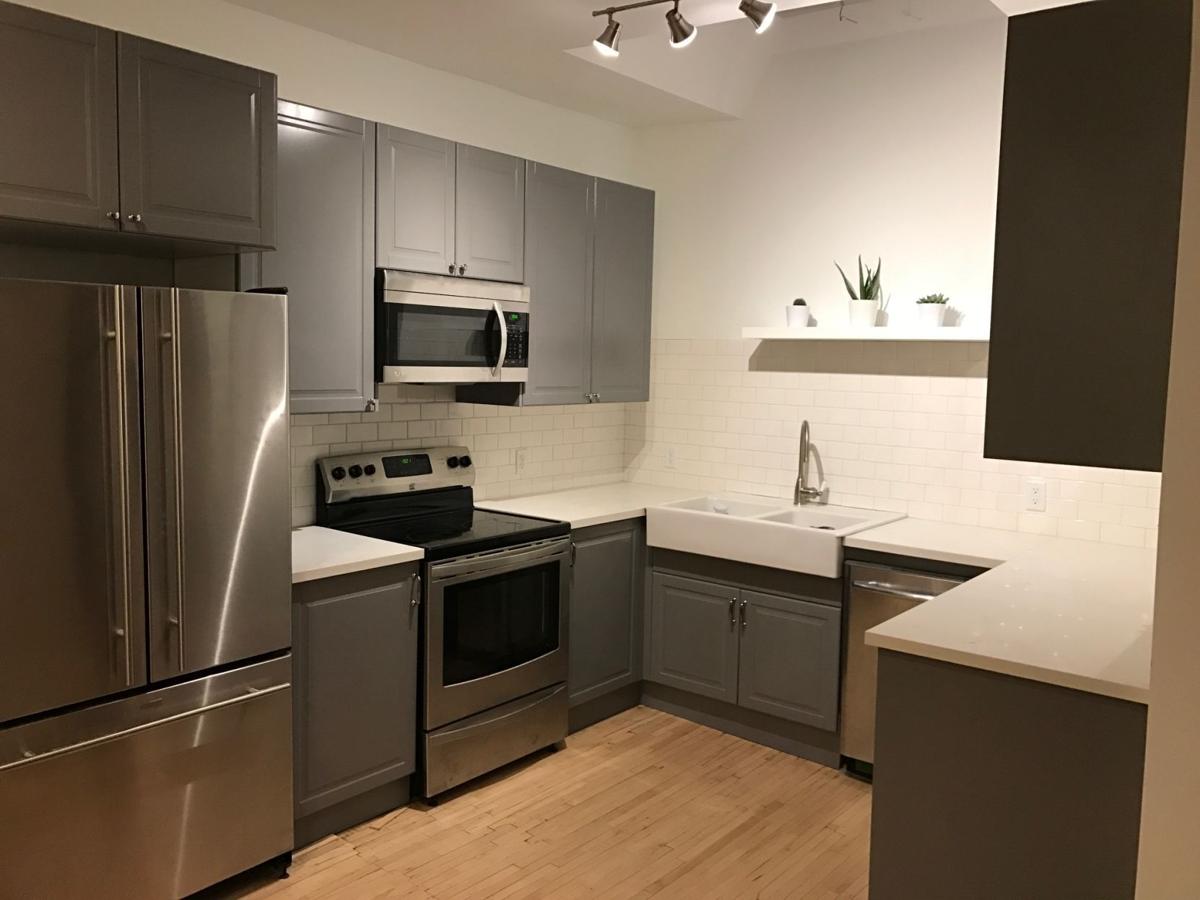 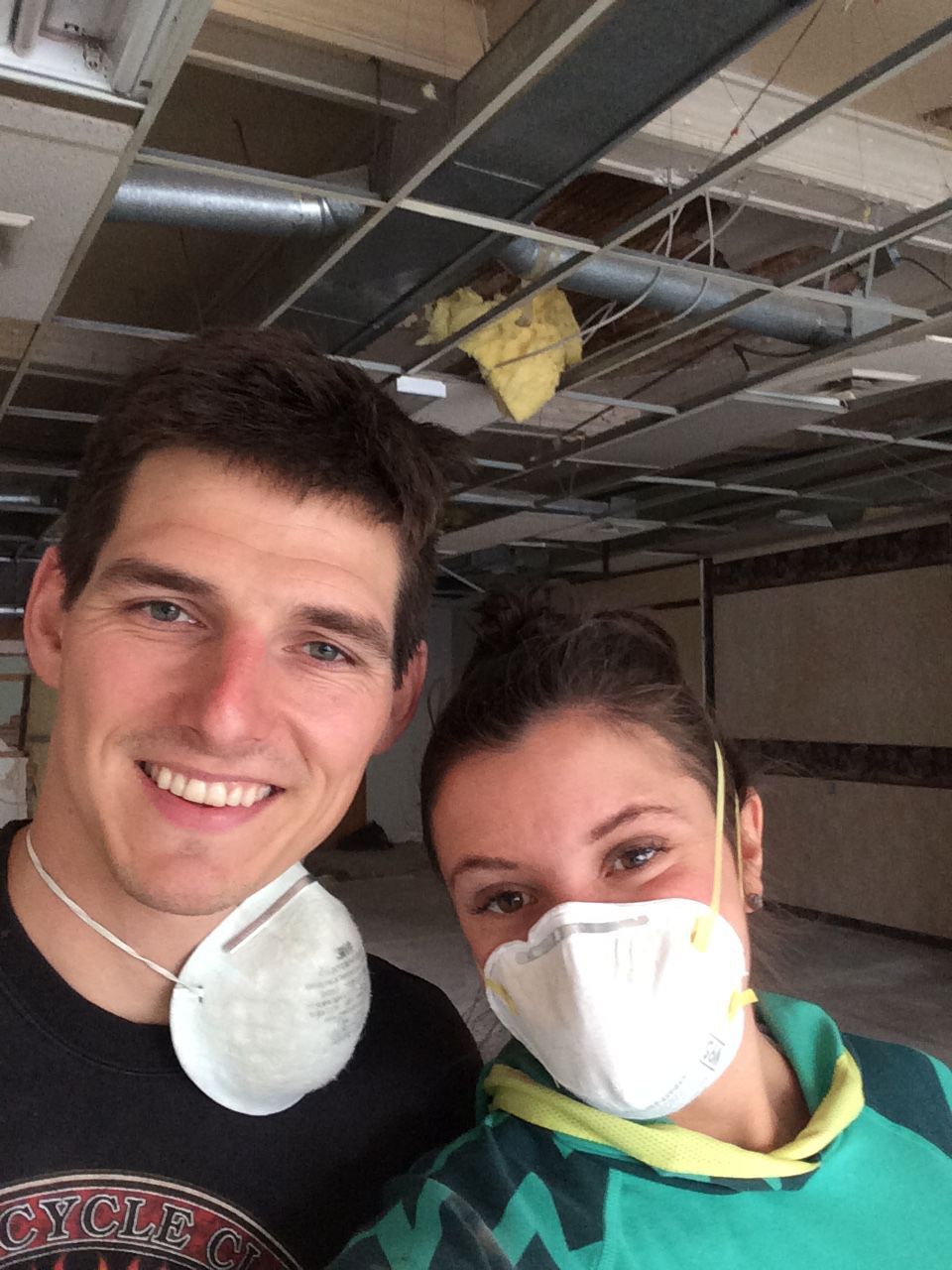 Frank and Brittany Koch posed for a photo during the remodeling of their second-floor living space. 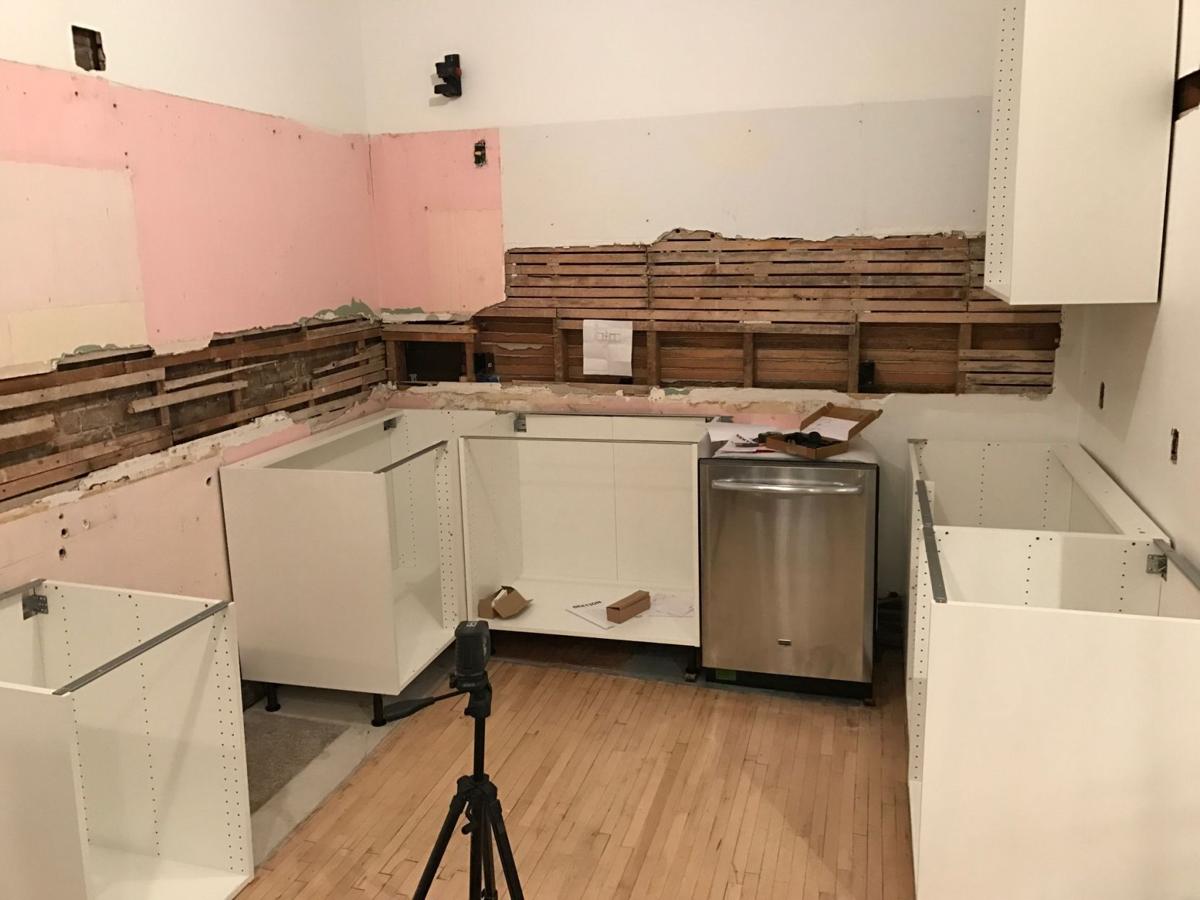 An in-progress photo of the renovation of Frank and Brittany Koch’s kitchen. 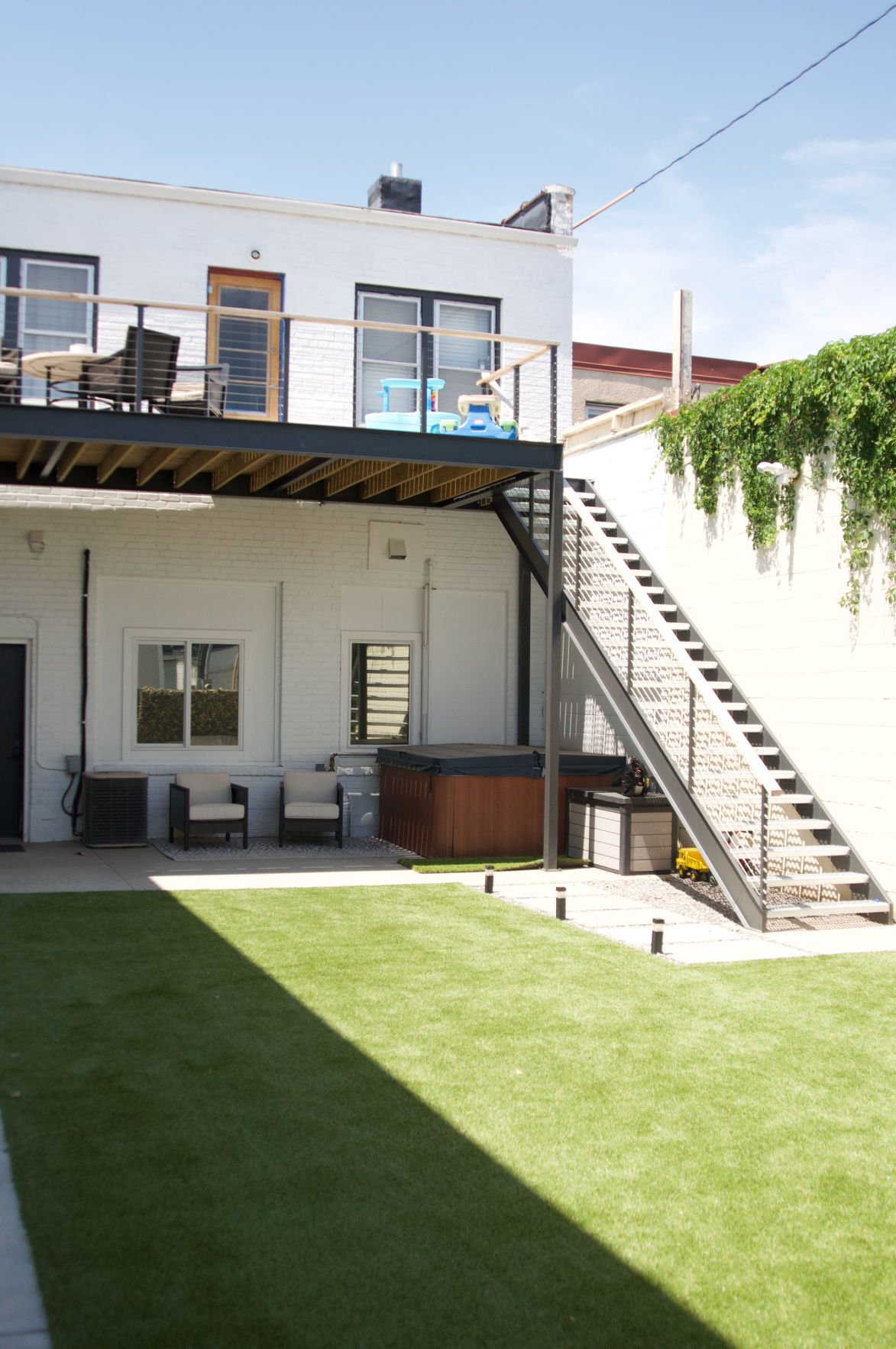 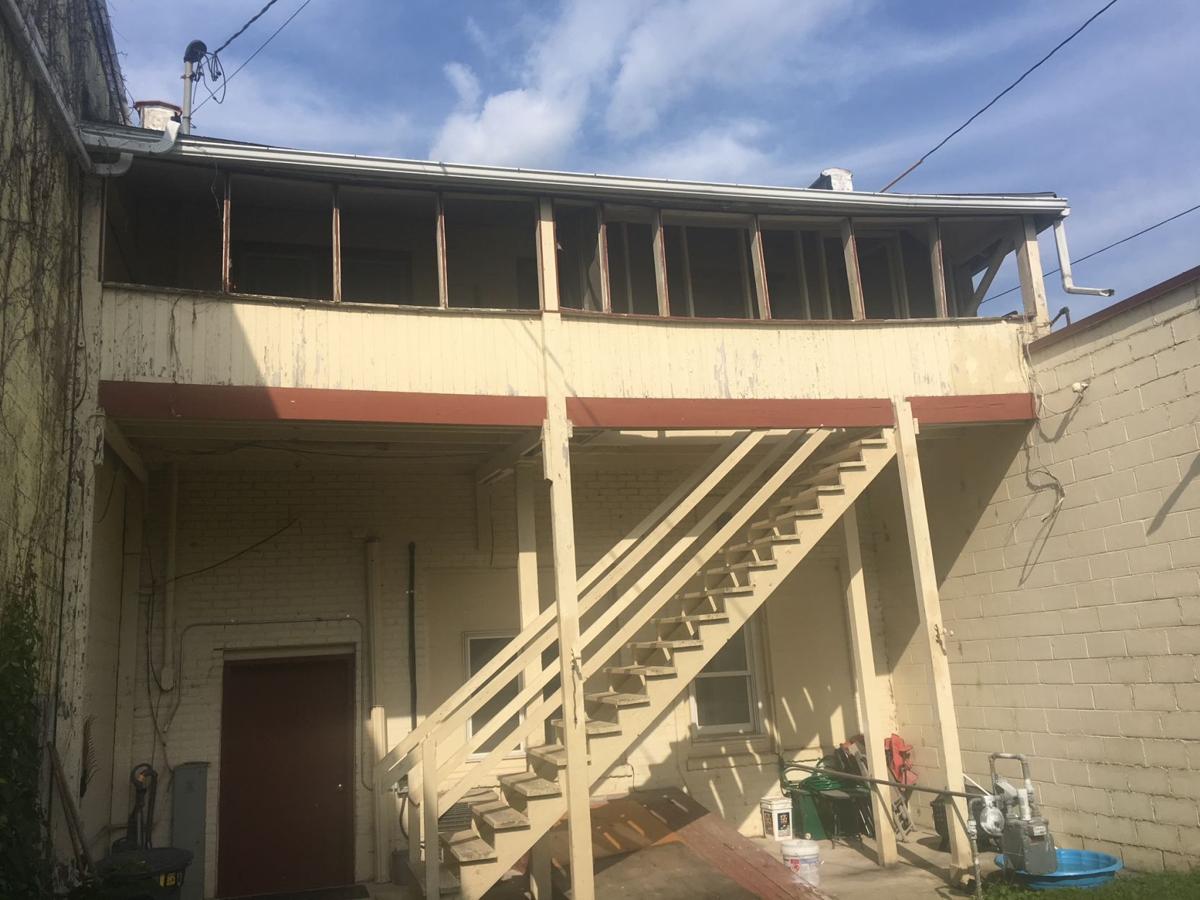 The deck and courtyard area at the Kochs' downtown building was badly in need of updating, which they completed this year. 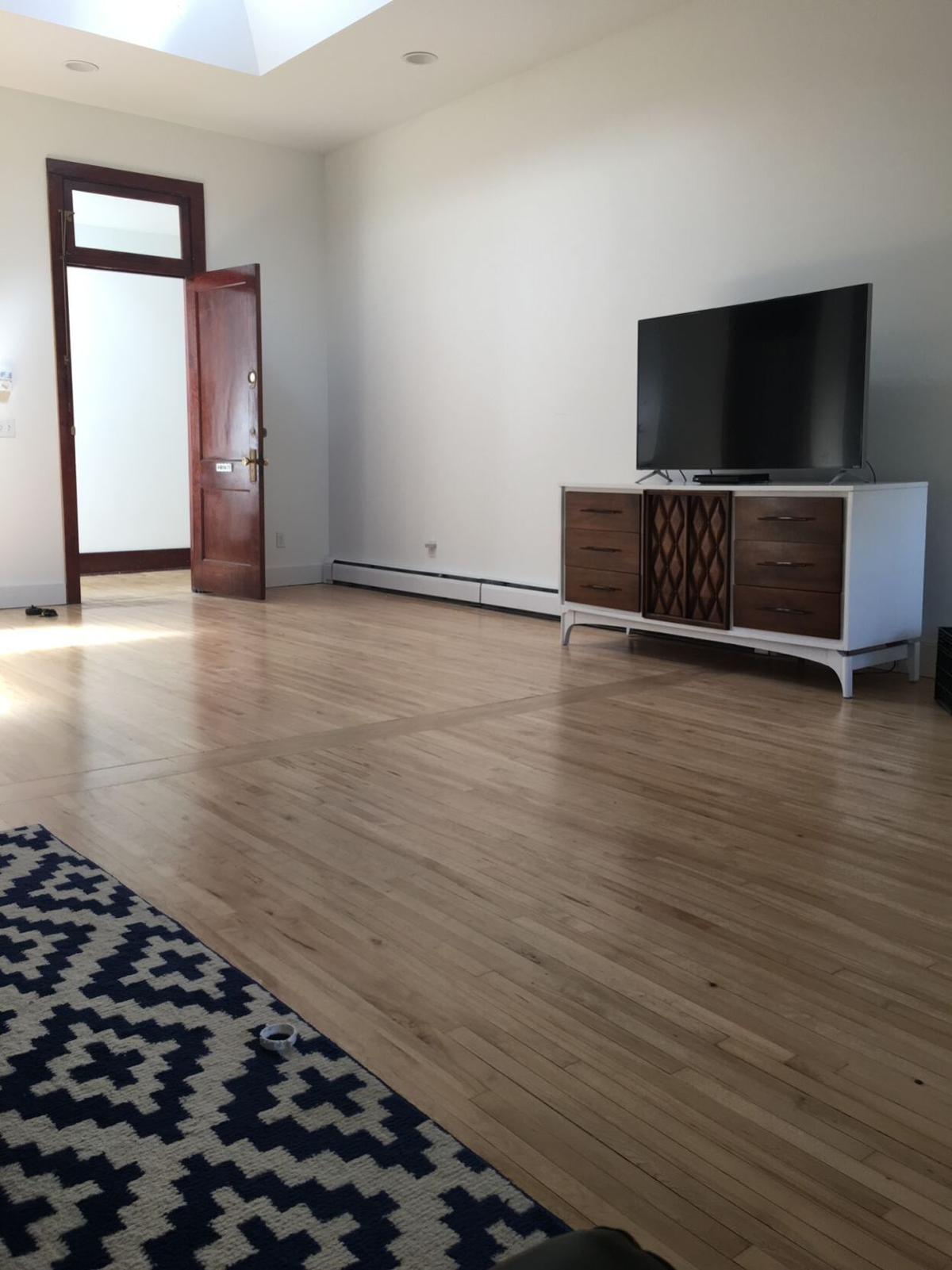 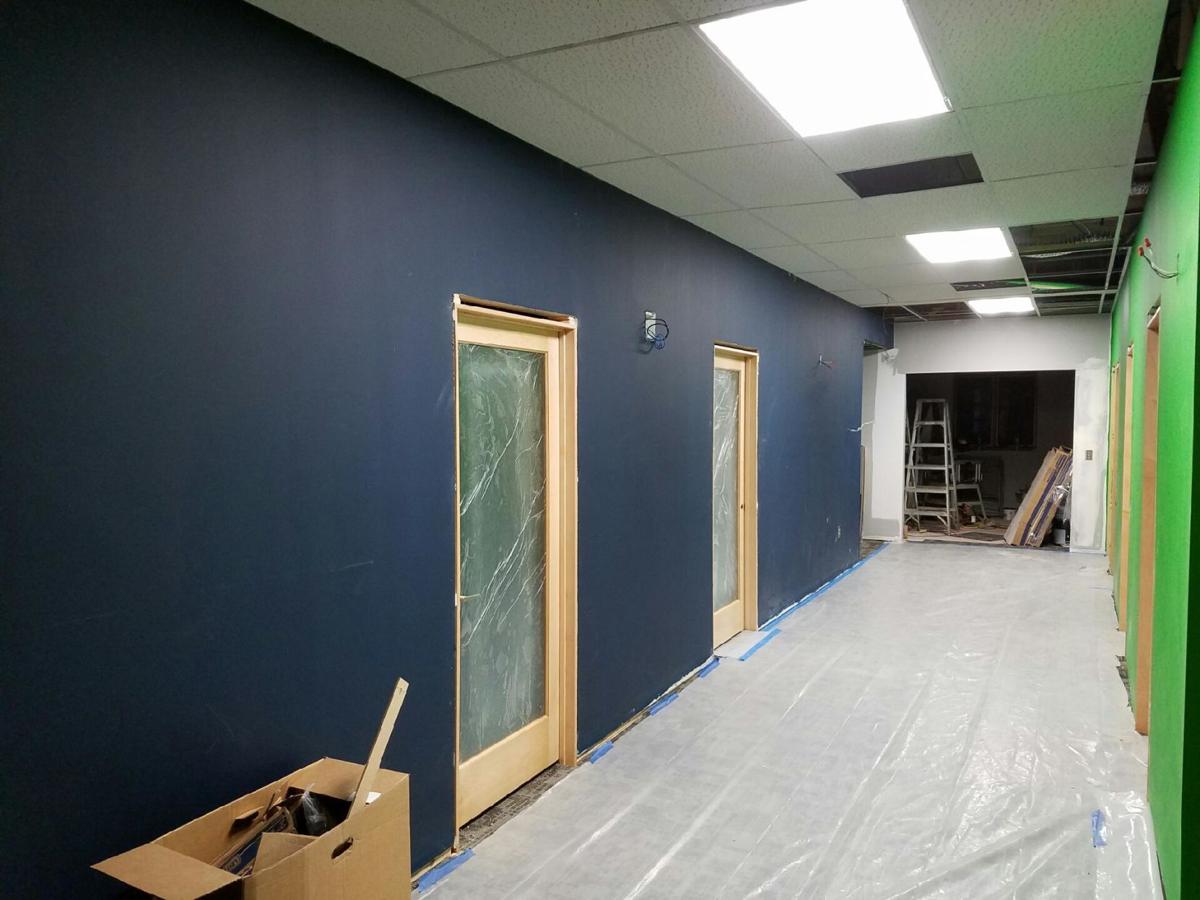 Opening up the space and adding lighter colors was part of the transformation of the Litchfield Chiropractic Center. 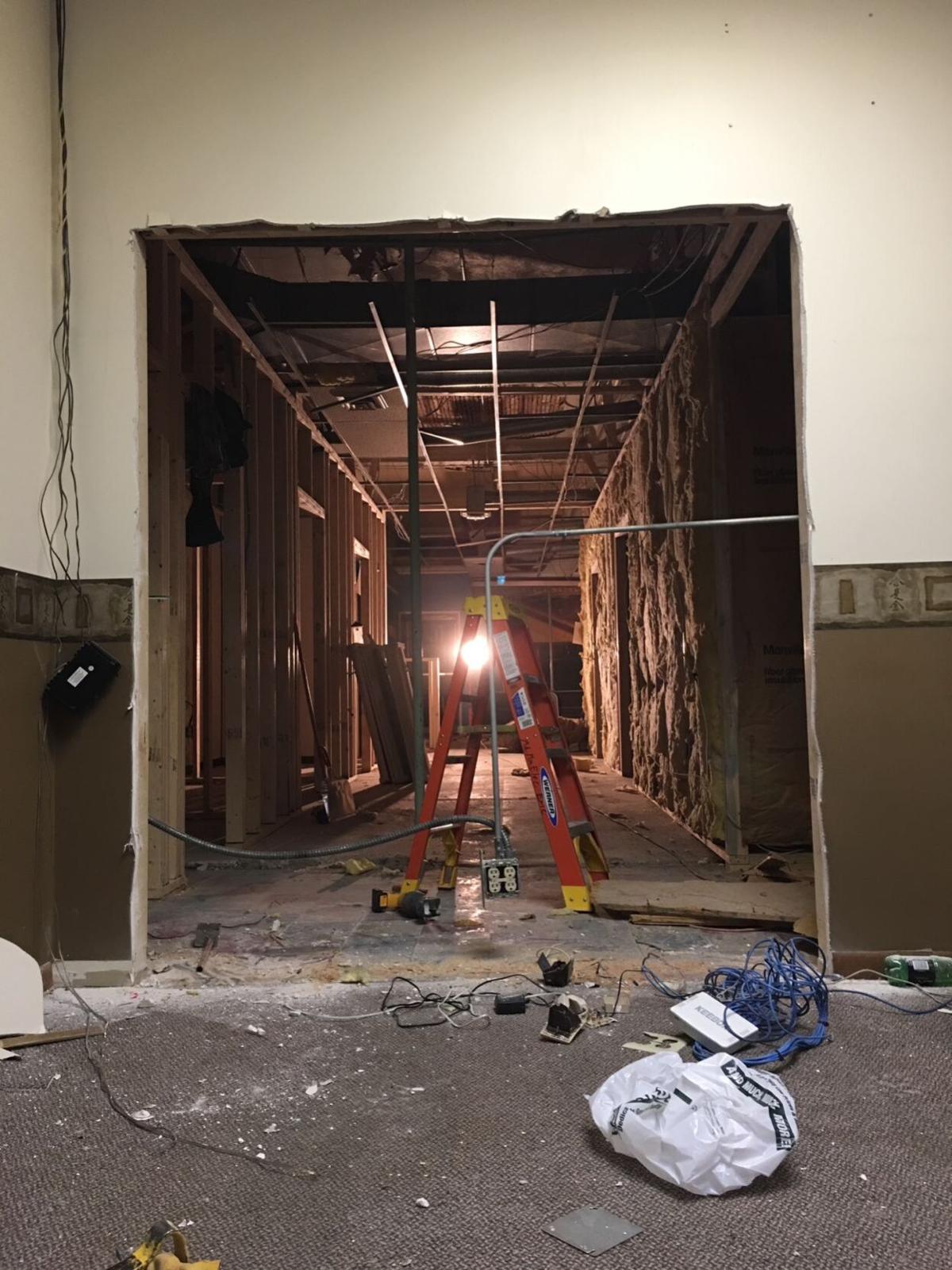 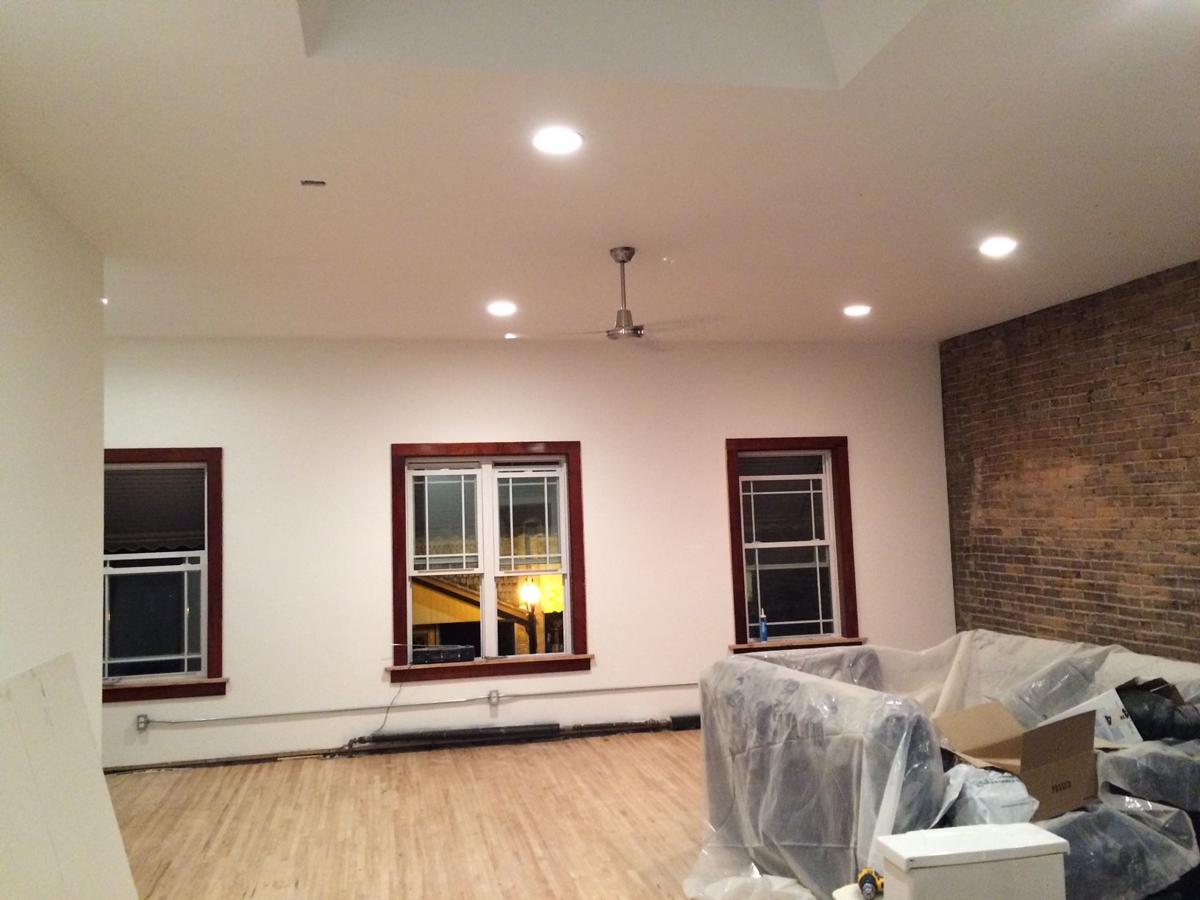 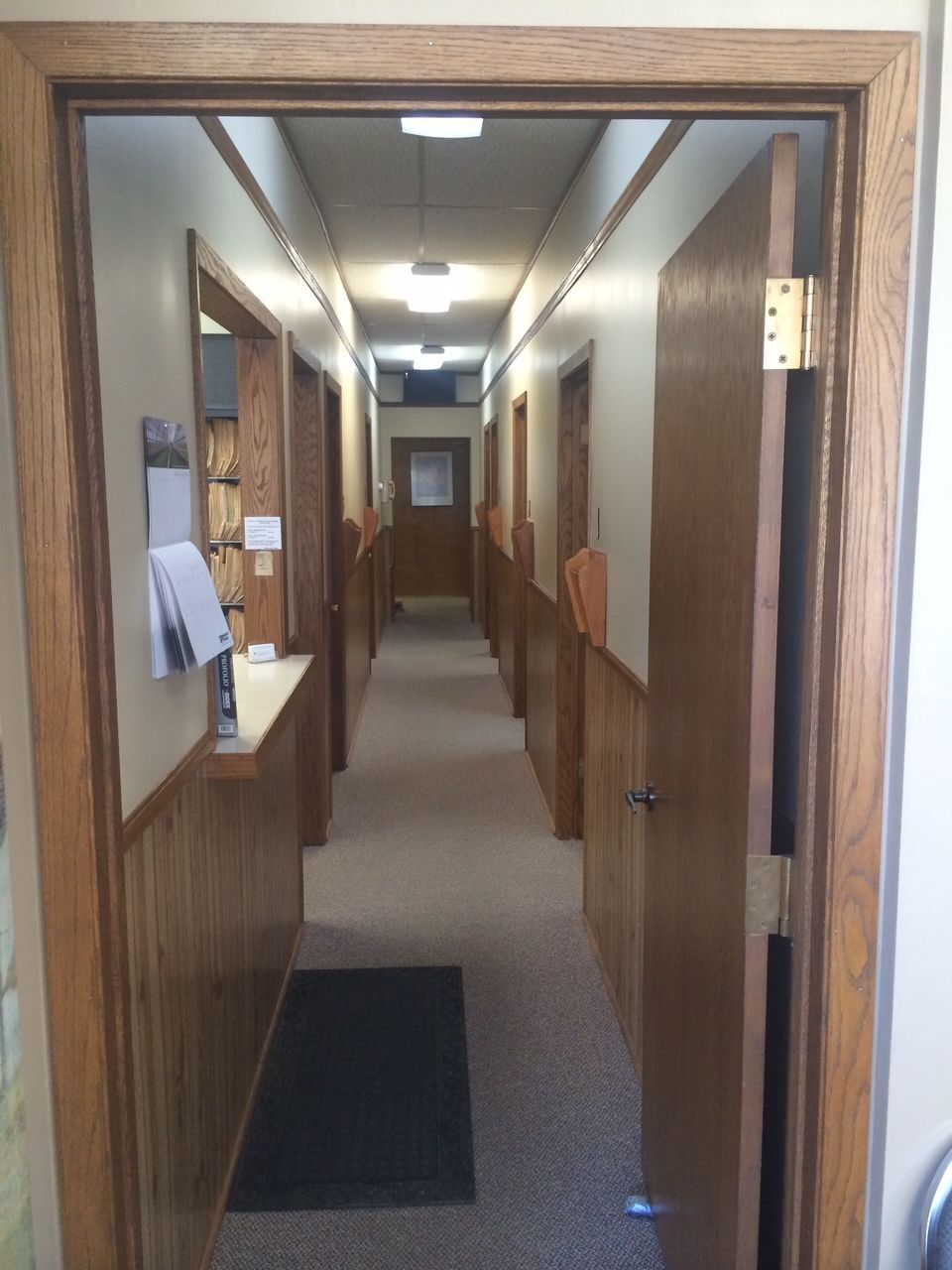 Wood paneling, neutral tones and the narrow hallway to patient rooms were some of the things Frank and Brittany Koch wanted to change during their remodel of Litchfield Chiropractic Center. 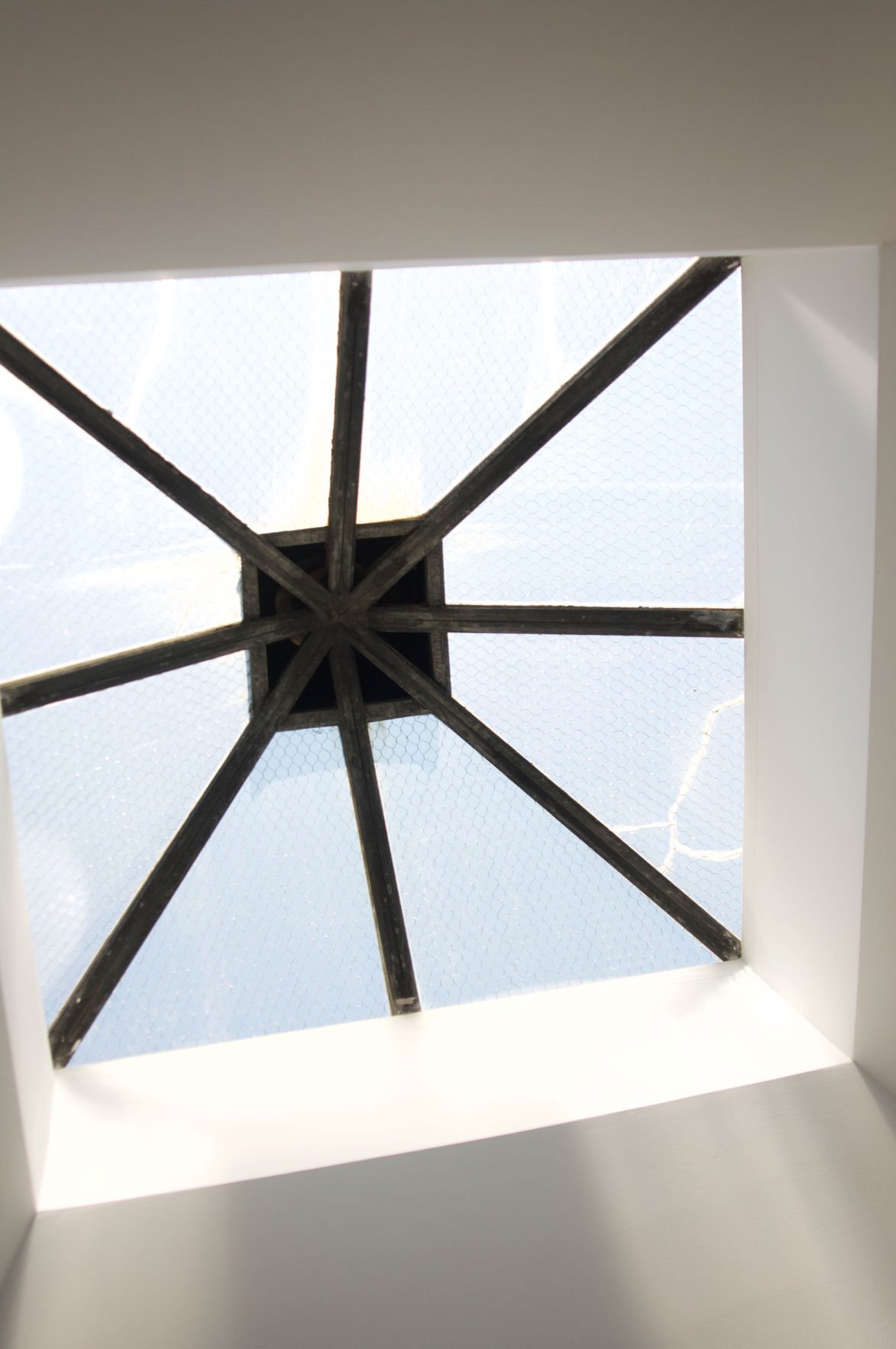 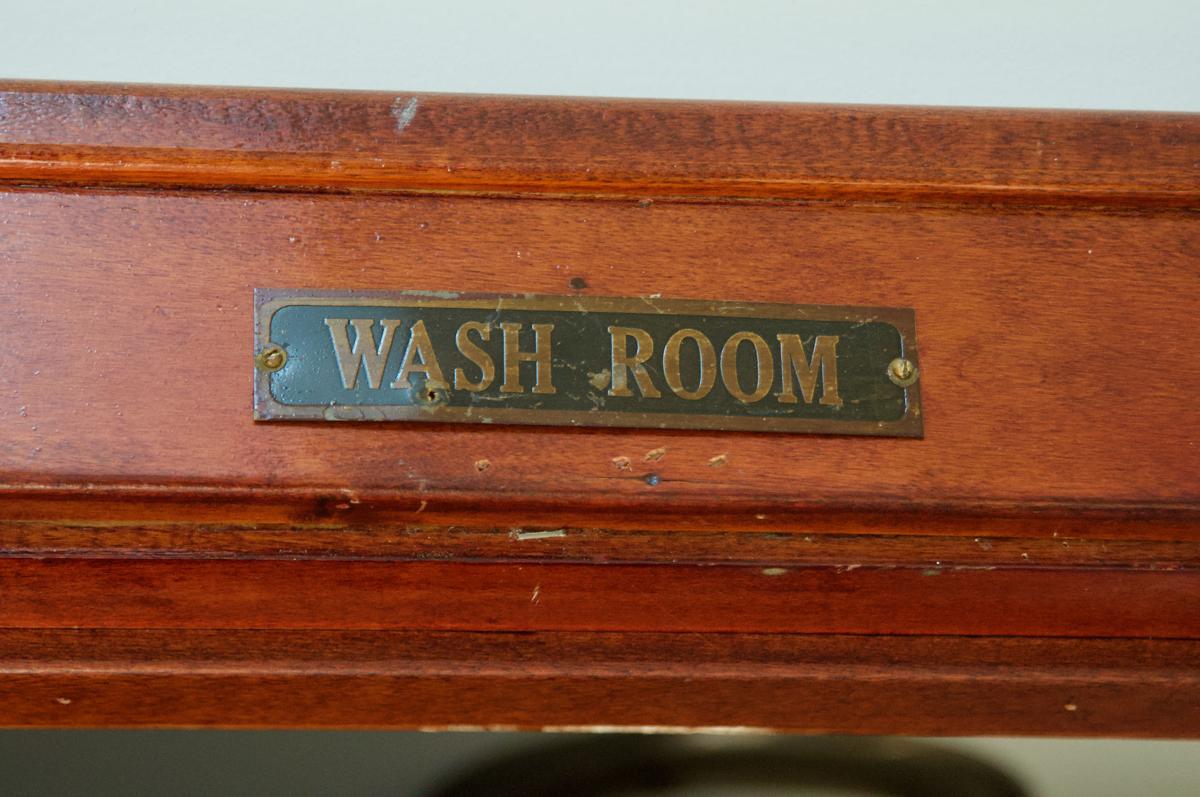 Frank and Brittany Koch and their sons pose for a photo in their second-floor apartment at 126 Sibley Ave. N.

Among the changes Frank and Brittany Koch made to their building was transformation of their dilapidated deck and courtyard into a welcoming outdoor area. They built a new deck and added an artificial turf lawn to the space.

Frank Koch found the original door for the hotel in the basement of their building and rehabbed it, and it’s now used at the entrance to their second-floor apartment.

Frank and Brittany Koch posed for a photo during the remodeling of their second-floor living space.

An in-progress photo of the renovation of Frank and Brittany Koch’s kitchen.

The deck and courtyard area at the Kochs' downtown building was badly in need of updating, which they completed this year.

Opening up the space and adding lighter colors was part of the transformation of the Litchfield Chiropractic Center.

Wood paneling, neutral tones and the narrow hallway to patient rooms were some of the things Frank and Brittany Koch wanted to change during their remodel of Litchfield Chiropractic Center.

Growing up, Frank Koch said, he didn’t think much of Litchfield’s downtown.

His family ate at the American Legion and Pizza Ranch “every once in a while,” but other than that, downtown was not an attraction, especially not for a school-age kid.

“I don't have a lot of, like, memories of hanging out in this cool little downtown or like going to the ice cream shop or something like that,” Koch said. “There's just like this kind of vacant area. You drive through it all the time, but you never really notice anything.”

But he did have an idea of what a fun downtown could be, because of the trips his family took when he was younger, to places like Red Lodge, Montana. That city of about 2,000 residents had a “cool downtown,” with restaurants and shops that felt inviting and exciting, even to a pre-teen and teen.

It was the kind of place to which Koch believes Litchfield’s downtown can aspire. And it was that image that motivated him and his wife, Brittany, to spend the time and money on reinvigorating a downtown building that was part of their purchase of Litchfield Chiropractic Center in 2015, in hopes that others would see the potential and make their own investments.

“I just have that vision in my head of what Litchfield could be, you know,” he said. “So I think that was always my thing is, like, this would be awesome. We live upstairs, we have our clinic downstairs, and then hopefully throughout our years, more stuff will happen.”

Their building’s transformation has been a sort of template, or at least inspiration, for many with buildings in Litchfield’s downtown historic district. The Kochs have offered tours of their space at 126 Sibley Ave. N. — with a thriving chiropractic clinic on the main floor, living quarters for their now-family-of-four upstairs and backyard courtyard complete with a lawn of artificial turf — to nearly anyone who’s interested.

Koch grew up in the Manannah area and attended Litchfield Public Schools, graduating in 2005 and heading off to college.

He returned for Watercade in 2013 and ran into his old chiropractor, Steven Bachman, and the two discussed the possibility of Koch doing an internship at Litchfield Chirpractic. Moving back home wasn’t something Koch had considered before then — he was planning to buy a chiropractic practice in Montana — but he eventually changed his mind.

“I had my heart set on being a chiropractor (but) Litchfield wasn’t high on my radar,” Koch said. “I wanted to go to Montana and fish and ski … I’m glad I didn’t do that.”

The practice was a good fit for Koch and his wife, Brittany, also a chiropractor, and they bought it in 2015. Along with the practice came the building on North Sibley Avenue in which it was located.

While it was a good building, Koch said, he knew right away there were things he wanted to change about the clinic area’s wood paneling and dark-neutral color scheme that gave more of a 1970s or 1980s vibe than one of the new millennium.

But by opening up the clinic space and adding brighter colors, Koch figured he could create the “good energy” he wanted for the space. Additionally, he had a vision for the building’s second floor.

“I noticed a lot of potential in the regard of, we could live upstairs, and we could practice down here,” Koch said of the main floor. “There was great storage underneath. (The building) was really nice, because it had a cool little courtyard and backyard area. So that was a big plus for me.”

Once he had a purchase agreement, Koch said, he began working on the upstairs. While Brittany was finishing chiropractic school, he lived with his parents as he began remodeling the upstairs living quarters. In a short time, he decided “just to gut pretty much the majority of it.”

“That was our first big project,” he said with a smile. “ We wanted to get the upstairs, mainly so I could leave my parents’ basement and get our own place.”

The list of changes was long, but it didn’t intimidate Koch, who had some experience in construction and remodeling. Having grown up on a farm and also working part-time for several different tradespeople through the years, he believed he had the skills and know-how to handle much of the work himself.

“I have a little bit of knowledge on quite a bit of stuff,” Koch said. “”I’m not a master of a lot of those.”

First, he needed to get an idea of just what the project would be.

“We tore open a couple of walls upstairs, got the ceiling opened up, just so we (could) see what needed to be replaced and upgraded,” Koch said. “And then, yeah, we kind of had a decision to do it the right way, right away.”

The Kochs, with help from family and friends, tore out the lath and plaster in the front half of the building, removing old insulation and stripping everything from the inside before reinsulating, taping and drywalling, as well as redoing the floors — a project that Koch called “pretty straightforward.”

Remodeling the main floor for the chiropractic clinic took about five weeks, which was accomplished with some hired help, “really, freemium stuff,” Koch said. The upstairs undertaking and the courtyard took much longer, however, with some of the work not actually completed until early this year.

“I have to sit back and think about that sometimes, because it seemed like a long process, but then I look and, we just remodeled a whole building,” Koch said. “It’s a big feat. I’ve been in every nook and cranny of this place. Now, it’s fun to sit back and think, this actually turned out exactly how we wanted it.”

In its early years, the building was a hotel, and some of the elements of that operation remain in the Kochs’ remodeled second floor, including wood trim and the “Hotel” door he found in the basement and restored, which now serves as the entrance to their living quarters.

Koch said he didn’t really have an appreciation for the historic nature of the building when he began contemplating his remodel. In fact, at one point he replaced windows on the main floor without first getting the permit required by the Heritage Preservation Commission, which oversees appropriateness of alterations to buildings in the downtown historic district.

That interaction led Koch to later serve on the HPC, and his appreciation of building history has increased — though he believes it’s important to balance historic architecture with the cost of maintaining it.

“I thought it was kind of cool when he started looking into that, like what it was and some of the features upstairs,” Koch said. “I found that interesting, so we kind of integrated some of the, the historic relevance into our place now.”

Taking what was old, holding on to some of its history, and giving it a renewed vibrance has been exciting for the Kochs — even as it may have been tiring and frustrating while they made their way through the remodel. But Koch says that some of the places he’s visited with quaint downtowns with restored buildings motivated him.

“That cool downtown vibe really attracted me,” Koch said. “I guess that’s kind of what pulled me through some of the pain and misery of remodeling.”

And if the vibe isn’t enough, Koch said, the economic incentive — both for individual building owners and for the downtown business district as a whole — should be a motivation for others.

“I’ve had this conversation many times with people,” Koch said. “It really is dependent on what you’re dealing with.

“Right now, I think it is very helpful that the real estate economy is crazy, and it’s a great opportunity for someone to say, ‘I can buy a house or a rental property and commercial real estate a lot more affordably, and just put some money into it,” he added. “You couldn’t build this building even for $400,000 right now, not an apartment and a whole building. So I think that helps put it in a different perspective.”

That perspective, along with the energy created by recent efforts by organizations such as the Litchfield Downtown Council — decorative lighting, benches and bike racks — and work by state Rep. Dean Urdahl on securing funding for grants to small town downtown improvements, give Koch hope that Litchfield’s downtown will become the kind of place it wasn’t when he was growing up.

“Just those little things, the lights, those kind of ornamental things kind of give you a perspective,” he said. “You know, now there’s some people that own buildings in downtown that have big visions with them. I see a lot of potential in downtown Litchfield, and I’m excited.”