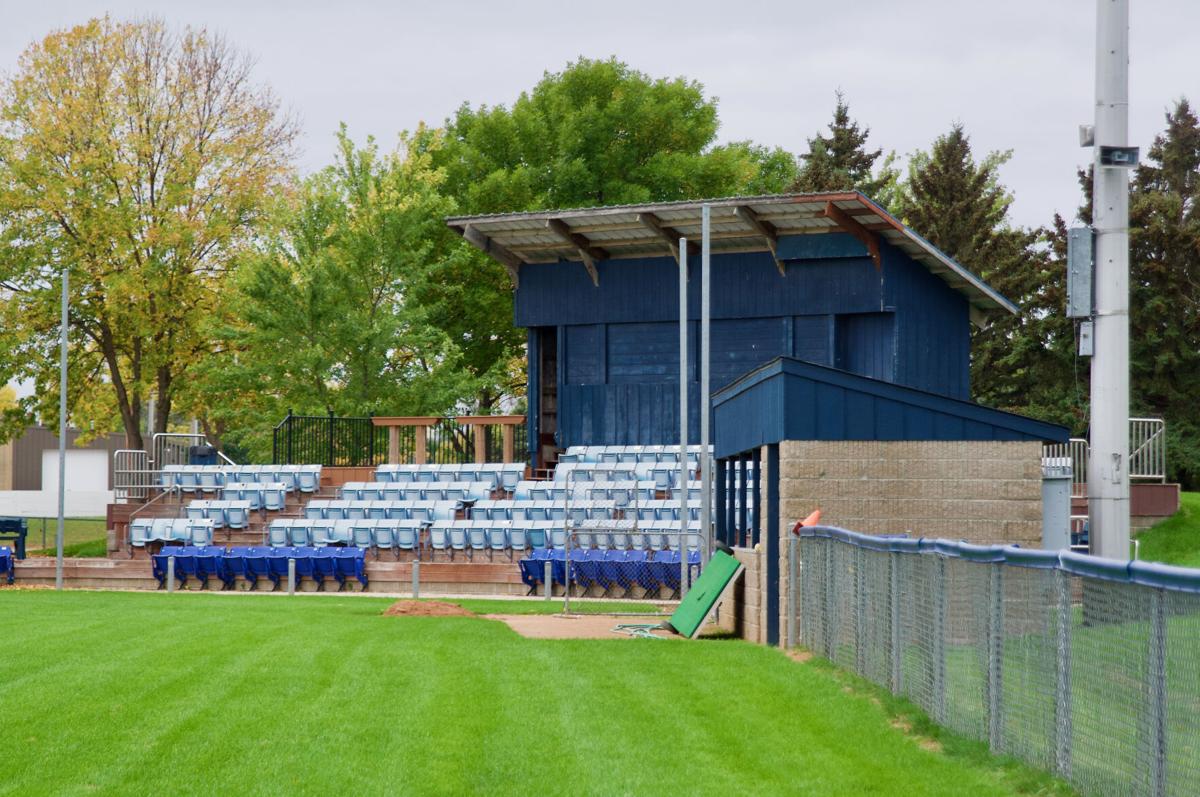 Optimist Park is in the midst of several upgrades meant to prepare the baseball complex for the Minnesota Baseball Association town ball state tournament in 2023. In addition to an expanded canopy to shelter seats behind home plate and and upgraded press box, the City Council last week approved a change to dugouts, improved sound system and extension of left field foul line fencing. 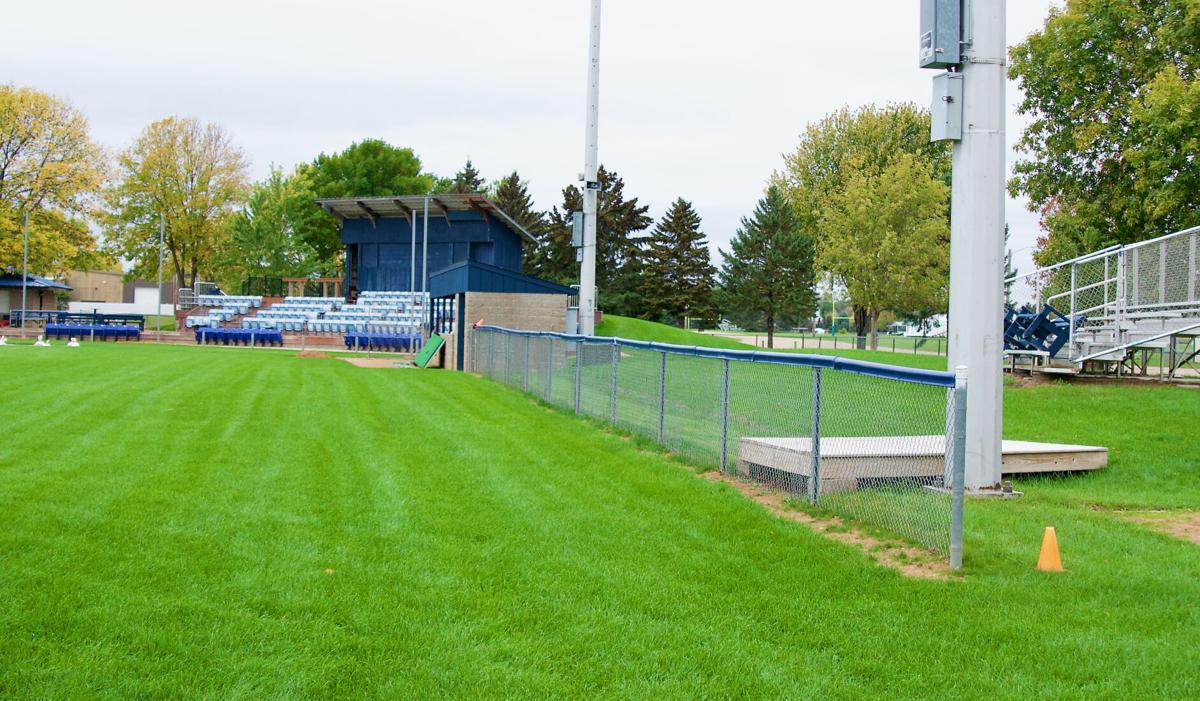 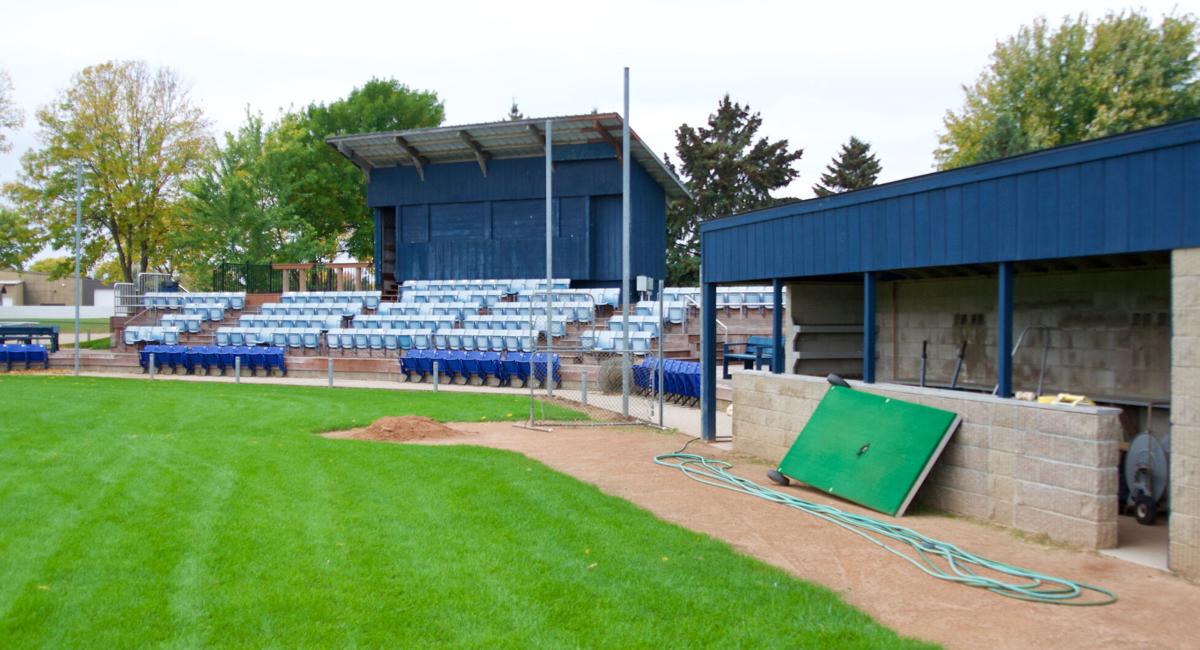 Optimist Park is in the midst of several upgrades meant to prepare the baseball complex for the Minnesota Baseball Association town ball state tournament in 2023. In addition to an expanded canopy to shelter seats behind home plate and and upgraded press box, the City Council last week approved a change to dugouts, improved sound system and extension of left field foul line fencing.

The improvements keep coming for Optimist Park in Litchfield.

The baseball park, home to Litchfield teams from high school to town ball, will receive dugouts expansion, an extension of left field foul line fencing and improved sound system in the near future following Litchfield City Council approval of the upgrades.

The flurry of improvements are part of an effort to prepare Optimist Park for the state’s annual amateur baseball showcase – the Minnesota Baseball Association state tournament – which Litchfield will co-host with Dassel and Delano in 2023, the 100th anniversary of the tournament.

Prior to that, Litchfield will play host to the region tournament next summer.

While the City Council must approve changes at Optimist Park — the city owns the property — all of the most recent upgrades will be paid for by Litchfield Baseball Association.

“We’ve done a lot of projects over the years without running them by the council,” said Nick Ridgeway, a member of the baseball association’s board of directors. Given the city’s recent investments in Optimist Park, however, the association understood the importance of getting City Council approval for any projects, he said.

During an early September meeting, the council approved a bid for construction of a new grandstand canopy at the park – part of a larger improvement plan that carries a $225,000 price tag.

However, as the project was reviewed by City Administrator Dave Cziok and other city staff, its scope and cost grew.

Ridgeway told the City Council he was “a little shame-faced coming back in here” to seek approval for additional upgrades even as the canopy construction project is ongoing. But the improvements are necessary, and the association’s fundraising efforts after the canopy project was announced were more successful than anticipated, creating a pool of money that will pay for the additional upgrades.

“They had to be done,” Ridgeway said. “We probably would have just gone and done it (in the past), because that’s just how things have been done out there.”

Mayor Keith Johnson suggested that perhaps the city and association should have another discussion about the cost share on the canopy project, given the association’s fundraising success. Council member Ron Dingmann also wondered about the situation.

“It’s kind of ironic where we’re spending more when we went overboard on the last one,” Dingmann said.

“I agree with you,” Ridgeway said.

Council member Darlene Kotelnicki objected, however, when Johnson suggested he wanted to know how much the baseball association had raised “over and above what we’ve done before.”

“I don’t think it’s appropriate to ask a dollar amount,” Kotelnicki said. She later added that, “Would it be safe to say we could discuss this in the future when (Ridgeway) has a chance to go back and talk to his board. Let’s not put somebody on the spot.”

Council member John Carlson agreed that the discussion could wait, while the improvements continued.

“I know you want the fields in the best possible shape they can be in for regionals and state,” he said. “It’s different because we’re going to have to negotiate backward on that (cost share of field upgrades).”