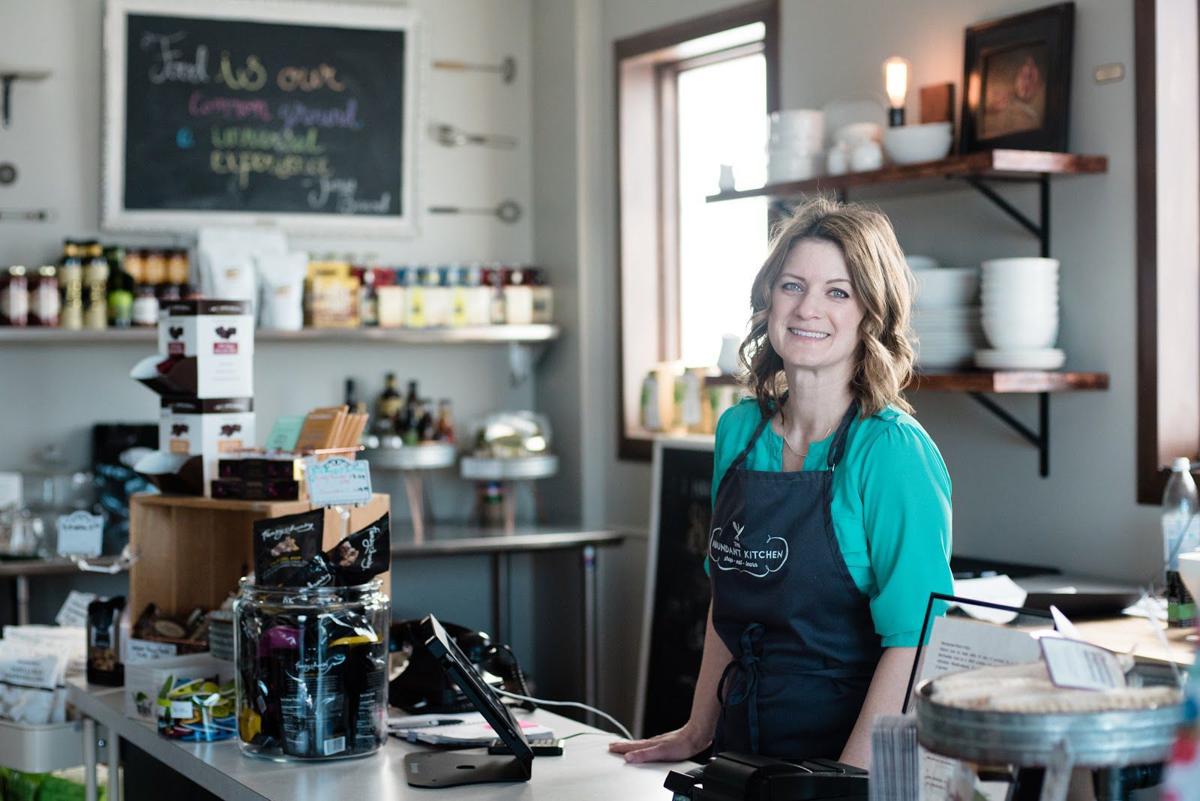 Chef Becki Melvie credits growing up in Meeker County as the place where she developed her love of organic food and sharing it with others. 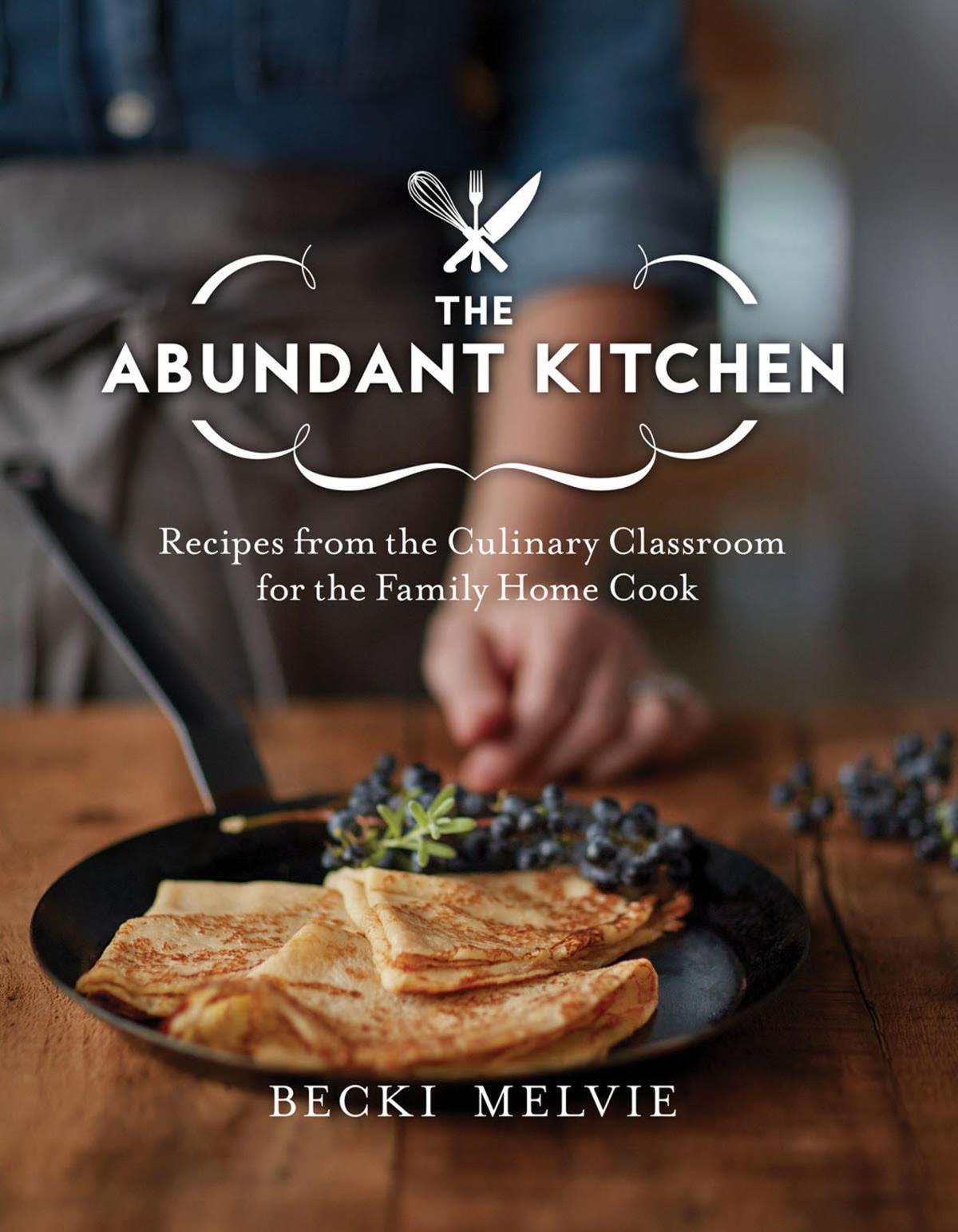 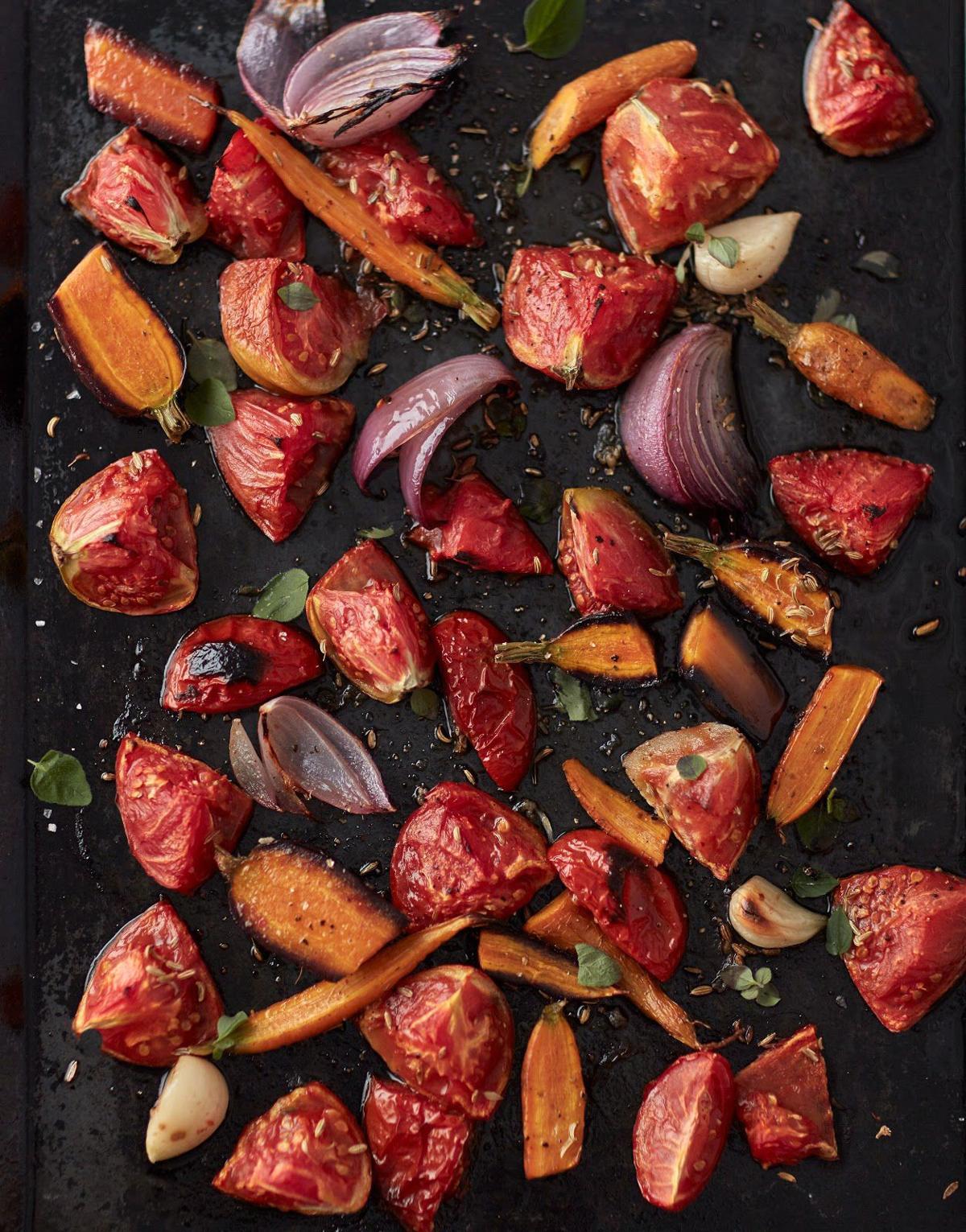 Chef Becki Melvie credits growing up in Meeker County as the place where she developed her love of organic food and sharing it with others.

Chef Becki Melvie, a 1999 graduate of Litchfield High School, has turned her passion for food into a career.

A trained chef, she and her husband, Travis, are owners of Abundant Kitchen, a specialty retail store devoted to the home cook, with branches in Buffalo and Excelsior. She also dabbles as a cooking instructor, and her most recent endeavor was released in April, a new cookbook, "The Abundant Kitchen: Recipes from the Culinary Classroom for the Family Home Cook."

"This is a beginner’s cookbook," Melvie said. "Maybe someone who just moved from home, a newly married couple, or anyone who wants the basics to create a fabulous breakfast, lunch, or dinner. It’s comfort food that supports local agriculture and plays with the idea of DIY projects, like canning, preserving, foraging and rendering tallow."

Melvie credited her students as the genesis for the cookbook. She saw a recurring theme: People wanted fast, easy, approachable cooking.

"If there was a recipe with a list of ingredients as long as your arm, they weren’t going to attempt it," she said. "Personally, that same idea of home-cooking that is simple and unfussy really is appealing as a mother of two school-age children who eat a lot. So I took recipes from my cooking classes and my blog and started putting them together in a Google document not really knowing the 'how' of writing a book, but had a gut feeling that the process of writing a book would eventually work itself out."

The process wasn't easy and required determination, sacrifice and self-discipline.

"I call it 'writing jail,'" Melvie said. "I would set myself in my office chair and tell myself I had to write for one hour 'in jail.' It worked for me, but I would be remiss if I didn’t mention the posse of people who contributed to my book. I definitely didn’t do this by myself. There are editors, publishers, graphic designers, food stylists, photographers, and probably the most fun part — taste testers — involved."

When it comes to favorite recipes, Melvie said that was like asking a mother to choose her favorite child.

"If I had to pick, I feel really passionate about the crepe recipe for several reasons," she said. "First, it is one of our most requested cooking classes. Also, I run a pop-up crepe stand in the summer months at my Buffalo business. And really, they are so easy to make but present so elegantly."

Melvie's passion for sharing food with others and making a living in the food industry was ignited in Meeker County, where she grew up near Darwin.

She credits her parents — Jim and Kate Levinski — for kindling her enthusiasm. Her dad was a big organic gardener and her mom canned his bounty.

"My grandma lived on a farm near Darwin," she said. "Back in the day, that's where I learned to have a big garden, crawl up in the apple trees and make a pie with grandma. I spent my formative years living in an agricultural community. It makes it part of me — going to the Litchfield Farmers Market by the downtown park. I was always an entrepreneur. The market called to me to give people service that feels good and puts a smile on their face. I've tried to recreate the farmers market for people."

Cooking came naturally. Melvie was about 11 when she started asking her mom if they could go to the Litchfield library to check out cookbooks and make the recipes for her family.

"I shopped at the Litchfield Co-op," she remembered. "It's where I had my first fruit leathers and sparkling soda — my version of junk food."

Although she had a deeply instilled love of food, Melvie opted to study international business at St. Cloud State University. She graduated and went on to a sales career.

Things shifted for her one day when she was standing over a sink full of dishes. She admitted she wasn't doing anything she was passionate about. As Melvie toyed with ideas, she thought of going to culinary school to become a chef. After searching Google for a variety of options, she discovered Ballymaloe Cookery School in County Cork, Ireland. The 100-acre organic farm offered a 12-week chef training program and the opportunity to earn a chef's certificate.

"I loved the idea of being completely immersed in learning where your food comes from," Melvie wrote in the introduction of her cookbook. "Although it was a place I’d never been before and I knew little about, it seemed so much like where I had grown up."

When she pitched the idea to her husband, he was all in. He left his job in information technology and the couple with their two children, age 4 and 7, packed up and headed across the pond.

After returning to Minnesota, the couple opened their first store in Buffalo in 2017. The Excelsior store followed in November 2019.

"We're a good team," Melvie said. "He works the accounting/inventory role, I do the cooking, creative part, social media. We'll celebrate our three-year anniversary (in Buffalo) in September."

MANAGING DURING THE COVID-19 PANDEMIC

Melvie usually instructs cooking classes of 12-14 foodies at her cooking school facility — The Abundant Kitchen — located in Buffalo. Melvie's stores are licensed as groceries, so they are able to be open for business during the stay-at-home order. But the order precludes her from teaching cooking classes in the commercial kitchen space at the Buffalo store. As a result, she's gone virtual by teaching Zoom cooking classes.

"You don't have to come to Buffalo," she said. "You can register online and do it in your own home. We had 11 in our baking bread class and eight in the second bread class. It's a way to keep us going through this crisis."

Melvie's cooking classes are listed on The Abundant Kitchen's website and range from Mexican street food and cast iron cooking to intro to Indian cooking and Kids Chef Camp.

"The sky's the limit," Melvie said about the future. "Right now we're focusing on the cookbook and online classes to serve people in a new way. The virtual stuff has been great for us."

Title: "The Abundant Kitchen Cookbook: Recipes From the Culinary Classroom for the Family Home Cook"

The cookbook is available locally at the Litchfield Natural Food Co-op, 230 N. Sibley Ave. For more information, call the co-op at at 320-693-7539 or email nfm@hutchtel.net. Cookbooks are also available at The Abundant Kitchen in Buffalo and Excelsior, or abundantkitchen.shop.

The fennel here is the “top secret” special ingredient. Don’t skip it.

My preference is to make this sauce at the height of summer produce, when tomatoes beg for delicious application and are being dropped at your front doorstep by neighbors with abundant gardens. Look at your local farmers market for what are called “paste” tomatoes. They have less juice and are good to make into a thick, rich sauce.

The end result is a thick tomato sauce. Use on top of zoodles (zucchini noodles) with loads of Parmesan, on eggplant or chicken Parmesan, as pizza sauce, or as dip for mozzarella sticks.

If turning on your oven midsummer makes you sweat just thinking about it, go ahead and try aluminum roasting tins on the outdoor grill. It works beautifully. Cleanup is a breeze. The recipe and cooking time are the same.

2. Roast in oven for about 15–20 minutes, checking at the 15-minute mark. When vegetables start to caramelize and the edges turn slightly black, remove from oven. Let cool slightly.

3. Place grilled tomato mixture in a blender or food processor; let steam escape through feed chute. Process until smooth. Add basil and Parmesan cheese. Run on high speed until well combined. Use immediately or chill well, and then place into freezer-safe containers and freeze for up to one year. Yields 24–32 ounces, depending on size of tomatoes.

This recipe is reproduced with permission from Melvie's new cookbook, "The Abundant Kitchen: Recipes from the Culinary Classroom for the Family Home Cook"