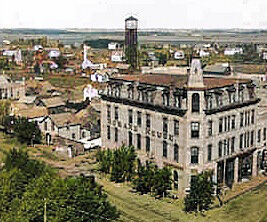 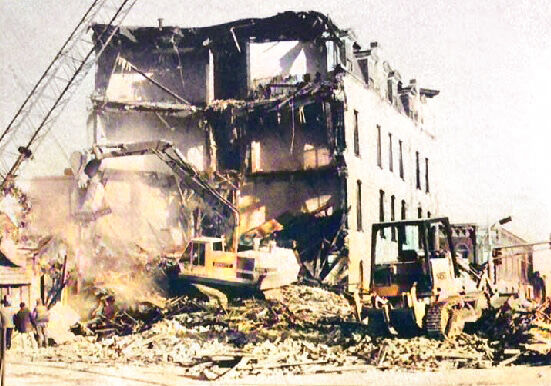 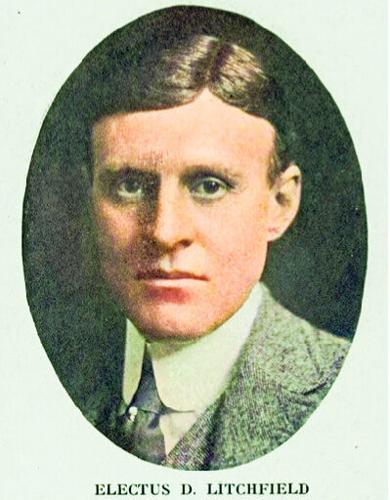 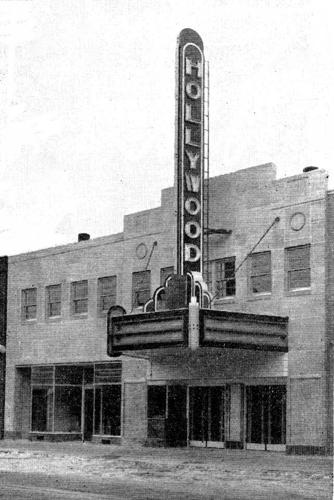 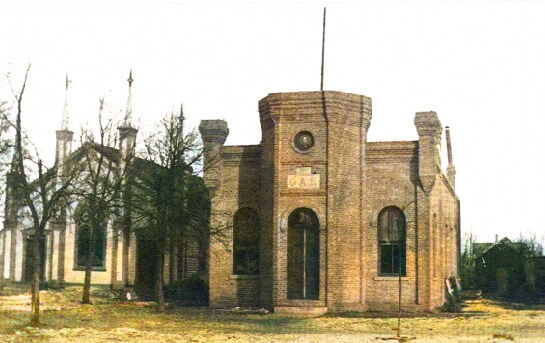 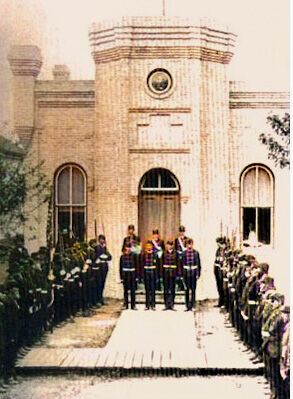 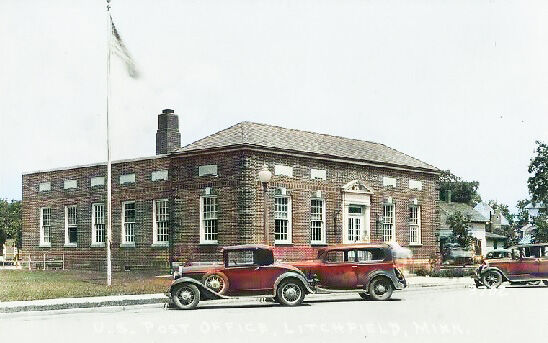 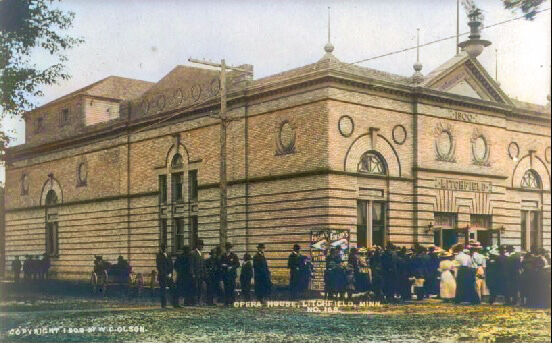 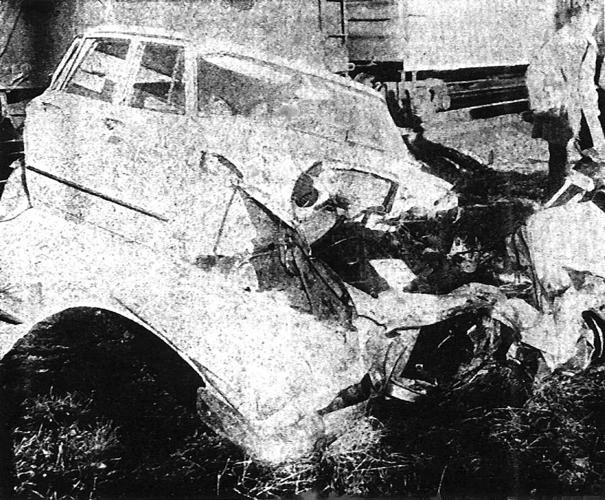 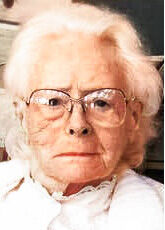 1869: The original owner of the land where Litchfield’s downtown now stands, George Baker Waller Sr., deeded one-half interest in 150 acres of his land to the railroad company to plat a town upon, and upon which a part of the original township was laid out in July of 1869. Waller moved his family here in November 1869. Could we have been named Waller, Minnesota?

1881: On Nov. 3, 1881, a grand opening ball was held on the main floor of the new Howard House hotel located at the north corner of West Depot and North Sibley. In November 1978, the Bachman Construction Co. of Hutchinson bought the vacant building and lot. An auction was held for all the furniture and fixtures. What wasn’t sold, unfortunately, was thrown away, except for a few treasures my friend Pete Hughes had been given by one-time manager Vic Forte. Those treasures are on display at the Meeker County Historical Society (G.A.R. Hall). The hotel was torn down in December.

1885: The G.A.R. Hall was dedicated Nov. 14, 1885. One week after the dedication, on Nov. 21, 1885, the members deeded the Memorial Hall, as they called it, to the village of Litchfield with the stipulation that it be kept as it was “in memory of the 300,000 soldiers who fell in defense of the Union” and be opened to the public for reading. So, the hall naturally became the first public library in Meeker County. You can visit the Hall for free (a donation is asked) and see it just like it was more than a century ago. The meeting room still contains the “kitchen chairs” each member brought from home to sit on at meetings.

1933: Remembering that Electus Darwin Litchfield’s son was an architect, our town petitioned the government to have him design our new post office. Washington, D. C., gave the job to the son in November 1933, and so the son of Litchfield’s namesake designed that brick building on the northwest corner of East Second Street and North Marshall Avenue that is still used as our post office today.

1936: Calvin Franklin “Frank” Schnee built the Hollywood Theater and opened it on Tuesday, Nov. 24, 1936. On the grand opening night, the movie shown was “Libeled Lady” starring Jean Harlow, William Powell, Myrna Loy and Spencer Tracy. Adult tickets were 35 cents and children’s tickets were a dime. It had “mirrophonic sound.” The opening night souvenir program told the patrons to leave their names with the usher or usherette if they were doctors, nurses or professional people. Generally, these people would call the telephone office and tell the operator they were attending movies at the Hollywood Theater. Then if someone called the operator needing a doctor, the operator would call the movie theater and the usherette would be directed to get the physician and give him the message. The new building included a soundproof cry room for parents with young children. As with the Unique Theater, also run by the Schnee family, children under 12 were encouraged to sit in the first six rows. The water fountain with an electric eye was activated by bending down to it. Usherettes wore navy blue skirts with a gold trimmed red jacket and a pill box hat. The Schnee’s had quite a reputation for cleanliness. They did not allow popcorn in the theater until later years.

1961: Michael Scott “Mick” Weber had his dad Clarence Peter Weber’s brand new 1960 Plymouth Valiant at school on Friday, Nov. 3, 1961. Clarence Weber had bought the car for his oldest son, Jack, to set him up in a taxi business. Mick Weber had promised to give football teammates Ralph Koelln and Kenny Fenner, Police Chief George Fenner’s son, a ride home after school at 3 o’clock. They had a football game that night and wanted some time at home first. Ralph and Kenny went to the school parking lot and found Clarence’s car and got in, waiting for Mick, who had given them the car keys. Mick never showed up. For some reason, he had forgotten about the arrangement and had walked uptown.

Along came my friend, Jerry Aloysius Wimmer. “What’s up guys?” Jerry asked. They told him and the three of them concocted a scheme where Ralph would drive Kenny home, drive himself home from Kenny’s and then turn the car over to Jerry and have him return it to the parking lot and explain it all to Mick, who would have realized his mistake by then and gone back to school. Jerry was an amazing athlete, but a terrible driver. Everything went well dropping off Ralph and Kenny, but as Jerry’s luck would have it, driving back to the school alone, he managed to stall the car right in the middle of the Holcombe Avenue railroad crossing. He put the car in park and tried over and over to get the ignition to fire. Nothing happened. Hearing an oncoming freight train, Jerry panicked, and he jumped out of the car. He tried to push the car off the tracks, first from the front of the car, and then from the rear. Unfortunately, he had forgot that he had put the car in park and that’s why it wouldn’t budge. Jerry was very excitable. I can just imagine what he went through, struggling to push that car, his face turning redder than his bright red-orange hair. He must have finally realized that there was nothing he could do because he wisely turned and ran, just as the horn blasting and speeding Great Northern freight train plowed into the “borrowed” car.

The train slammed the Valiant into the automatic crossing signal lights, shearing them off their standard. The car sailed another 50 yards before it came to a rest beside the tracks and up against the rest of the train that had finally come to a screeching halt. Jerry just stood there, paralyzed, staring at the car. He must have been thinking, “My life is over. I’m dead. They will put me in jail.” Before long, people ran up, asking Jerry if he was OK. He just stood there, mumbling, staring at the car, and crying. After he had completely broken down, he was taken to the doctor, who sedated him. Jerry, the football team’s star quarterback, couldn’t play that night either, and Litchfield got beat bad. Jerry was never the same after that and all of us, to this day, are a little more cautious when we drive across a railroad track crossing.

1967: 1936 Academy Award winner for Best Supporting Actress and Litchfield born, Gale Sondergaard was performing at the Guthrie Theater in 1967 and she made a trip out to Litchfield one day in November of that year. She visited friends, stood in the bandstand for a while, and then she spoke for about an hour to the high school Thespian Club, which had been named after her. Gale did a few more movies in the 1970s, including “A Man Named Horse,” before her death in 1985.

1986: On Tuesday, Nov. 18, 1986, my brother Mike Shaw, Dr. C. Walton Lillehei, Howard Holtz (who was Mike’s “heart-lung machine during Mick’s world-famous operation), and my mother were reunited in Litchfield for the filming of a BBC and Boston PBS Nova documentary about the developments in surgery since the end of World War II. Mike had had the first successful open-heart surgery, which had been invented by Dr. Lillehei of the Heart Hospital in Minneapolis. Mick and Dr. Lillehei were filmed walking through Central Park. Then the entire group was filmed sitting around our mother’s kitchen table discussing the operation.

— Terry Shaw is a sort of unofficial recorder of Litchfield history, having researched and written two books— “Terry Tales” and “Terry Tales II” — of his remembrances of growing up here. In recent years, Shaw has made daily posts on the Old Litchfield & Meeker County Facebook page. This column includes snippets of history from both his books and Facebook posts.