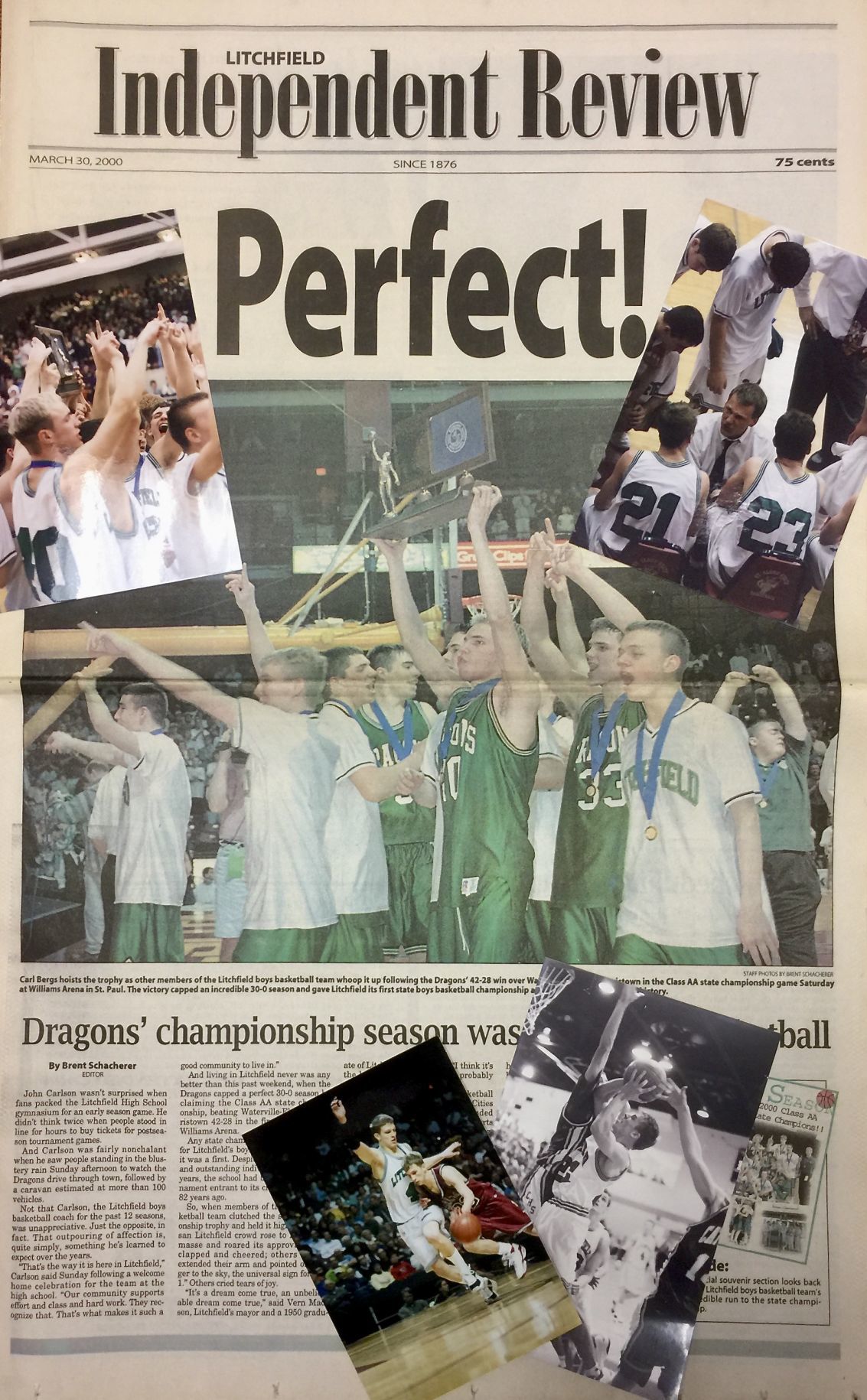 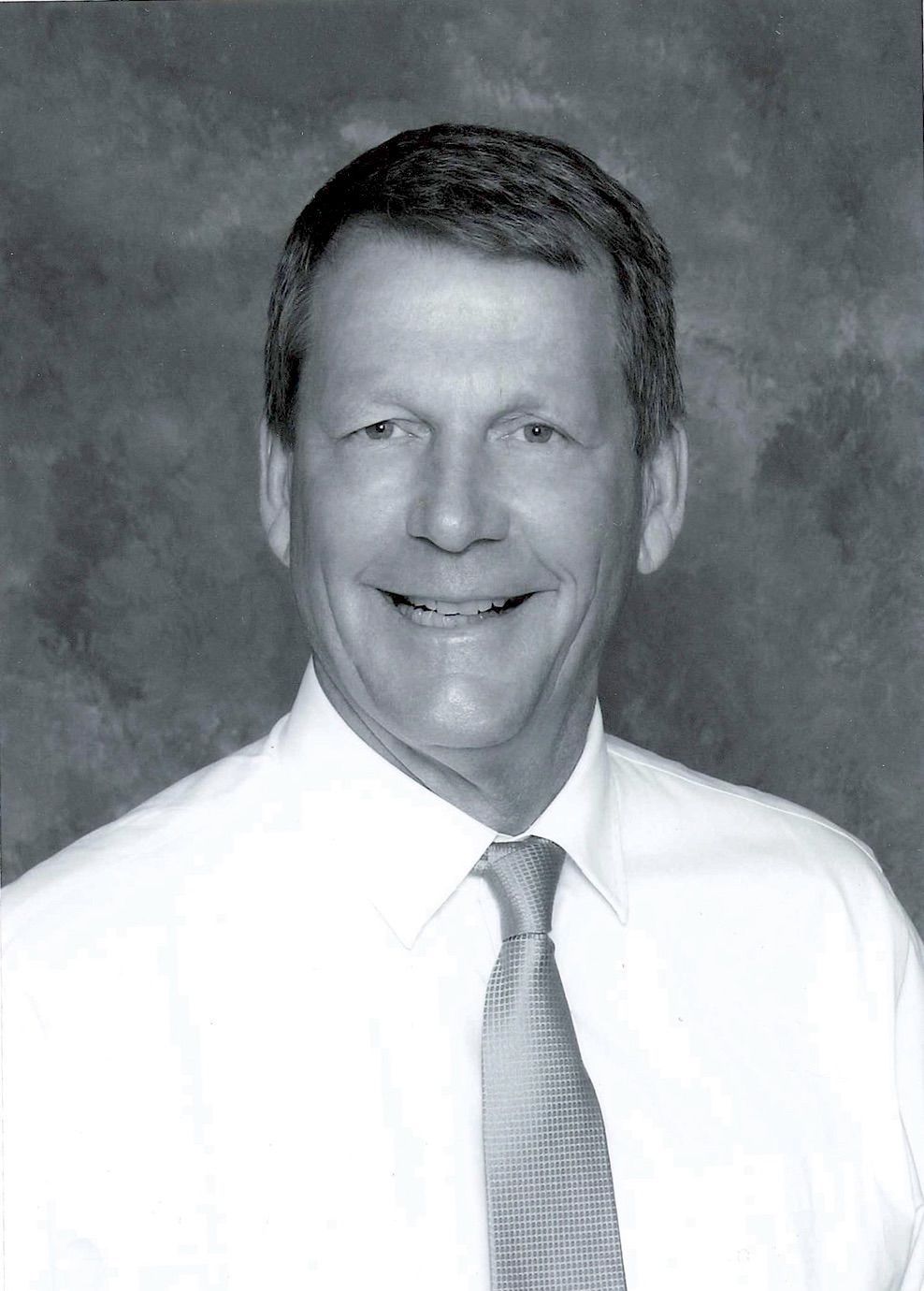 John Carlson recently watched a recording of the 2000 State Class AA boys basketball championship game after cleaning out his basement, almost 20 years to the day since Litchfield claimed the title.

“It’s still a very good memory, but we’ve experienced a lot of great things,” said Carlson, who coached the Dragons. “We’ve played in five state tournaments counting that one, so it kind of broke the ice for us. It made it possible to go to the state tournament and challenge for a championship.”

Many of the players from that team had a hard time believing that it has been 20 years since that magical season, when the Dragons posted a 30-0 record and grabbed the attention of not just the Litchfield area but the entire state.

“Patients come in here from all over the area that continue to talk about the 2000 state championship,” said Chris Patten, a Litchfield chiropractor who was co-captain of the teams 20 years ago. “For that to continue to happen, it had a pretty good impression on the basketball lovers in this area, which is pretty amazing.”

“We all knew we had something special,” said sixth man Brent VanLiere, who now lives in California. “It was our goal from Day 1 to go to the state tournament and try and win it.”

The team featured a stifling full-court press defense and forced turnovers that turned into fast break baskets with regularity. No one could run with the team and that’s one thing that made them special. But Carlson believes that there was something else that made the 2000 team and those that followed successful: leadership and the reserves.

“(The reserves) that just battled every day in practice and we got better every day because of our reserves,” Carlson said.

Practice was where the Dragons separated themselves from the rest of the pack. Having such a deep team — a lot of the players said their bench would have been the second best team in the West Central Conference — allowed the starters to practice against quality opponents and not lose a step in the games. The practices had a game-like intensity to them, which was exactly what Carlson wanted.

“I think coach Carlson’s attitude was, ‘if you guys practice hard in practice, then we don’t have to do much conditioning, because I know you guys are working hard.’” Patten said. “So it was a battle, all out battle.”

“With that, we got more playing time at the end of games because the games were out of hand,” said Zach Piepenburg, a reserve on the 2000 team, who is now a teacher and Litchfield girls basketball assistant coach.

Carlson said that one time he looked at the rosters of his championship squads and found that all of the teams had seven or eight seniors on the team. Veteran leadership is important in any sport, especially basketball. Eleven of the 16 players on Litchfield’s 2000 team were seniors.

“That’s really the key to the whole thing,” Carlson said.

For the players, it meant a lot more. Many of the seniors had played together since they were kids, and they pointed to their seventh-grade year an indicator of the group’s potential and that eventually the goal would be to win a state championship by the end of high school.

“There was a core group of us that have been playing varsity since eighth or ninth grade,” Patten said. “And that was our ultimate goal was to get to the state tournament and to win the state championship. We knew it was doable. It’s pretty special knowing that was an obtainable goal to us at a young age. And then to actually do it was just that much more special.”

Team members recalled a strong bond they had, a team-first mentality. Everyone knew what their role was and worked their hardest to make sure they were doing their job.

“Our goal our senior year was to go out there and play as hard as we could every single game,” Piepenburg said. “It didn’t matter who scored, as long as we came out on top in the end.”

Before every season, Carlson and the team set goals for the season and for each game. Every year the goal after each game was to be better than the last one. But the goal for the season was always the same — to make it to the state tournament and win a championship.

“Our kids would buy into that and they still do,” Carlson said. “I watch our Litchfield teams now and it’s really fun to watch how they just get better every day.”

The buy-in led to great team basketball that was enjoyable to watch. The team came in with high expectations, and the town didn’t forget about it. The gyms were packed every game, there were lines out the door to come watch the Dragons play.

The crowds never gave the players more pressure. Instead it gave them more support knowing that the Litchfield faithful came out to support them team. It gave them the boost they needed to go out on the court and perform at the top of their game.

“It meant that much more than what we were doing,” Patten said. “It just gave you that second edge to just go out and win.”

The 1999-2000 Litchfield boys basketball team represents a time team members will remember for the rest of their lives..

But 20 years sure flies by. The road sometimes takes people places they never thought that they would be.

That’s life for many of the players from that team. Carlson, Piepenburg and Patten have remained in Litchfield. Carlson retired from teaching but is still the Litchfield boys tennis coach, Piepenburg is the girls assistant coach, and Patten co-owns his own chiropractic business.

VanLiere moved out to California eight years ago for his construction job. He hasn’t had much contact with many of his former teammates, but being with them for most of their first 18 years is a bond that doesn’t go away. They all have their own lives and families that require a lot of their attention now, he said, but the 2000 championship still keeps them together 20 years later.

Some of the players still participate in the basketball alumni fundraiser that takes place at the LHS gym around the holidays, which is a time for many former players catch up. It’s a big deal to Carlson to have not just the 2000 team be a part of the Litchfield basketball community, but all alumni supporting Dragon basketball.