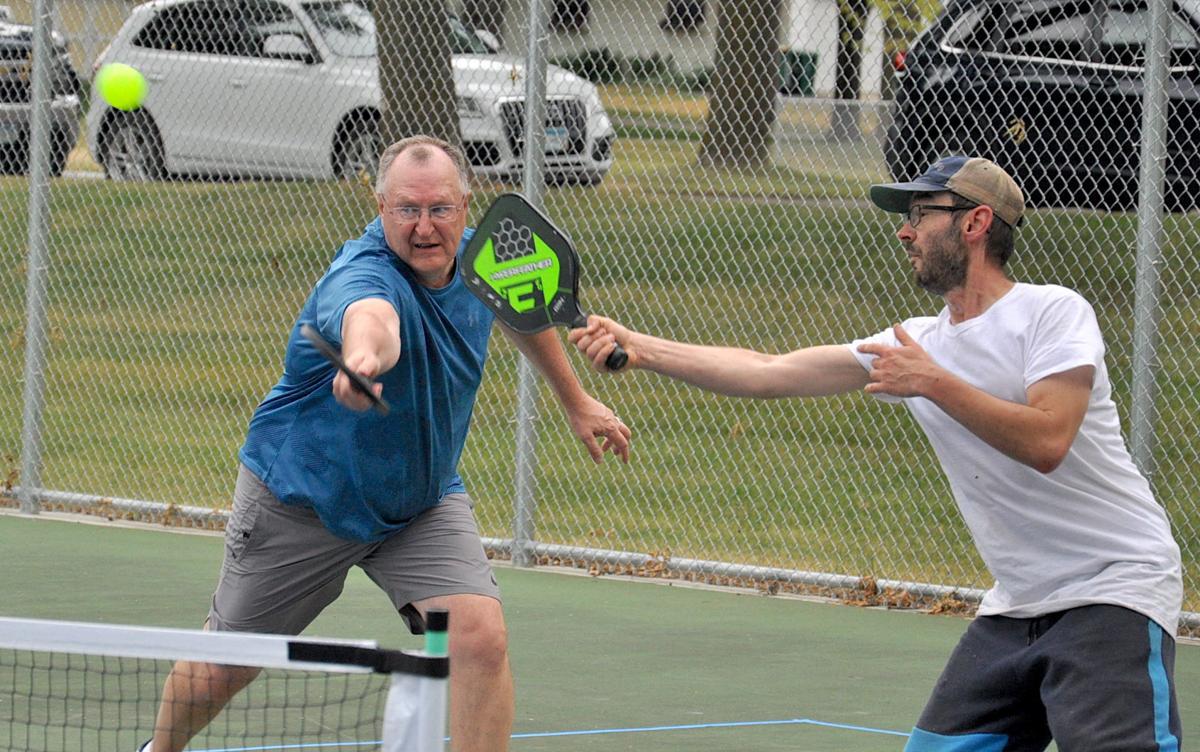 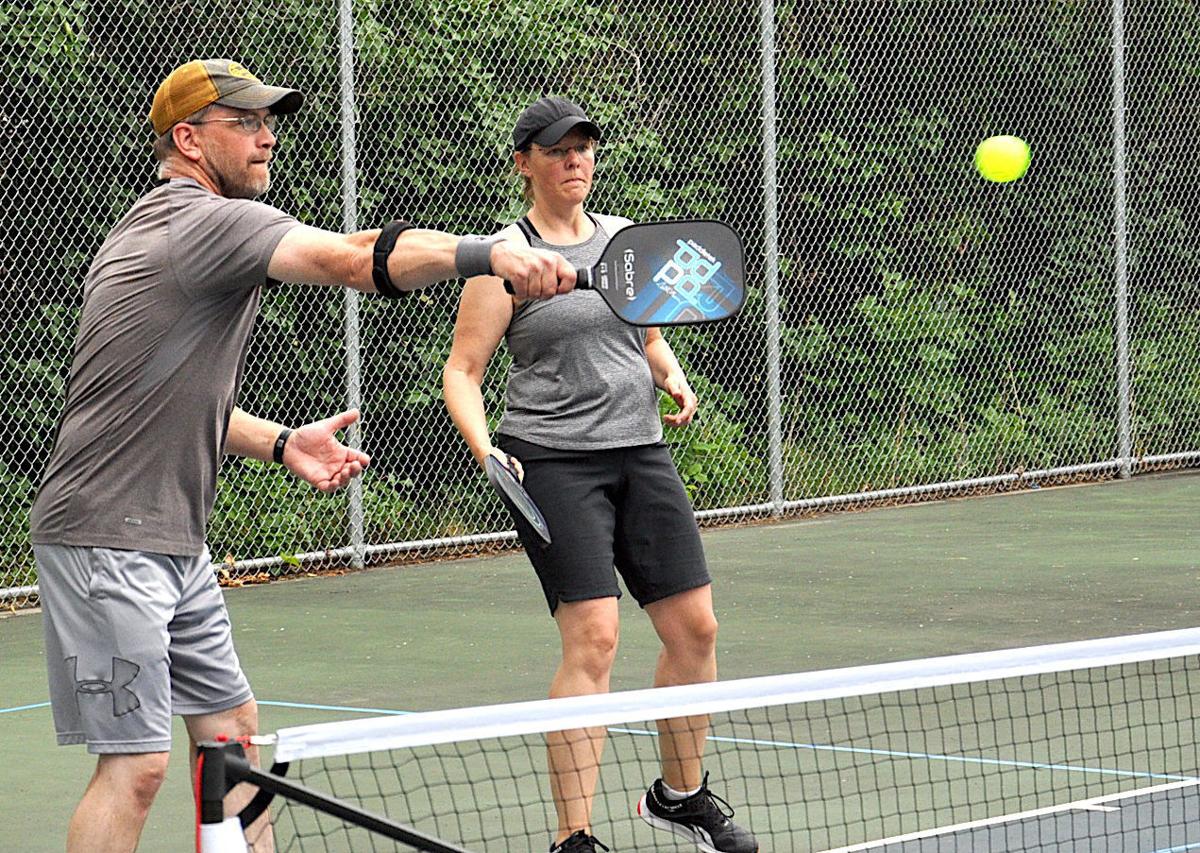 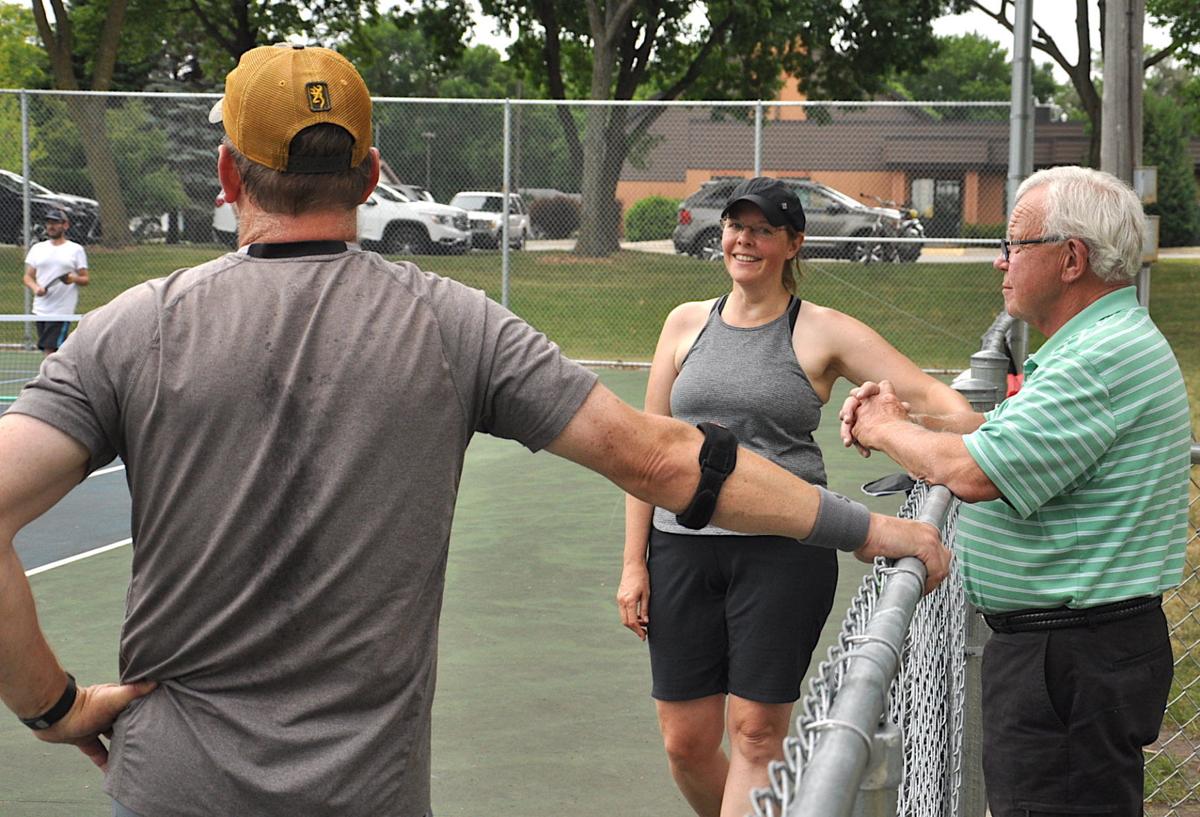 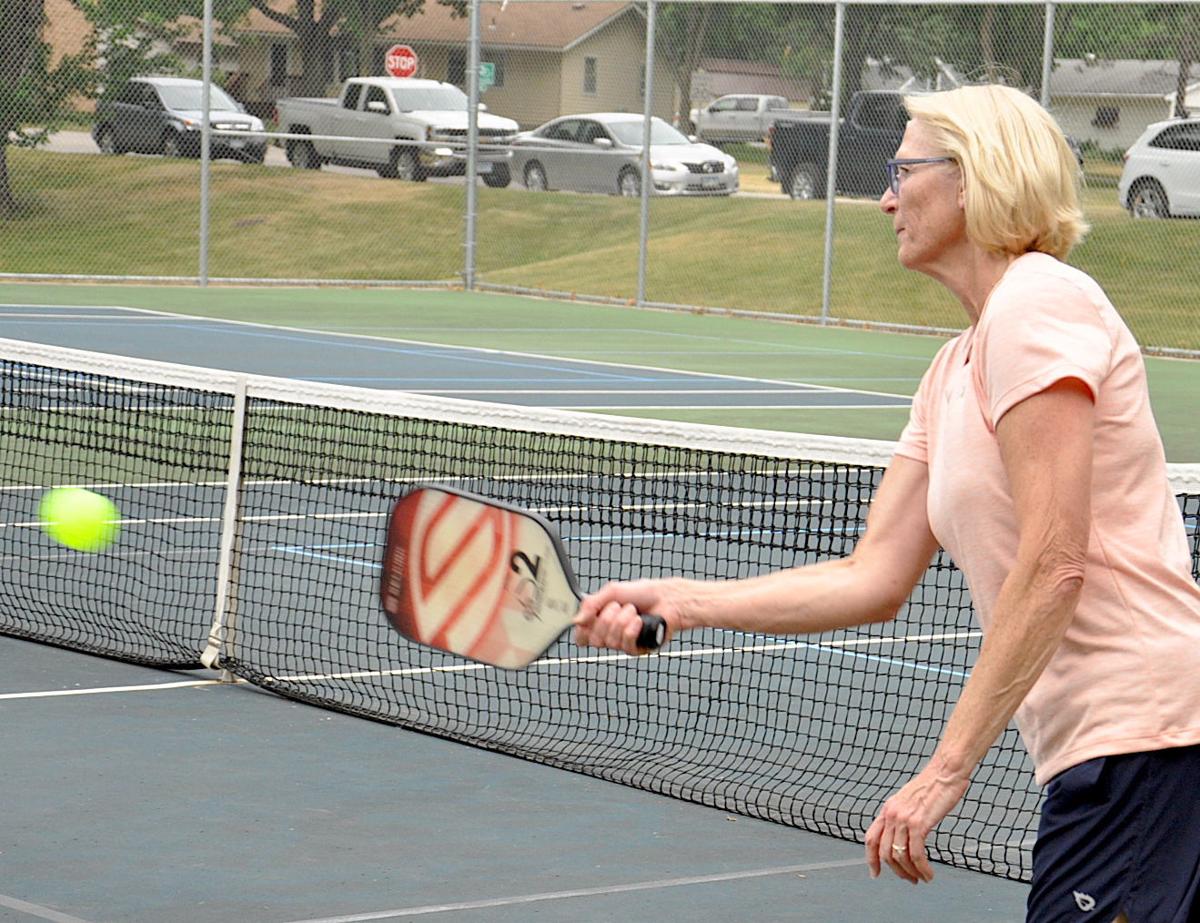 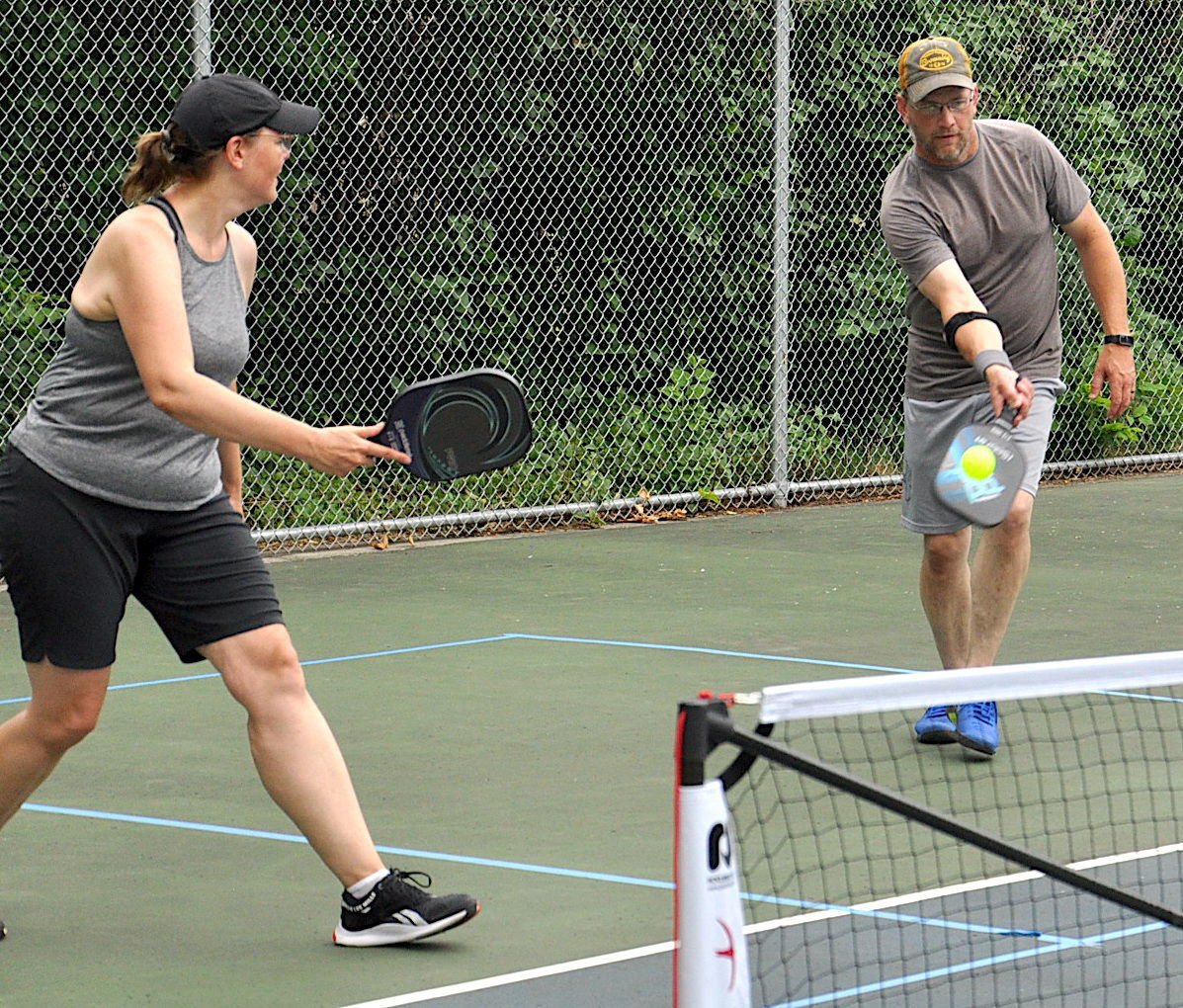 Nate Stottrup played tennis throughout high school, but as he reached 40 years old, the rural Litchfield resident wanted something with a little less running.

He found what he was looking for this past October in the gym at Wagner Education Center. That's where Stottrup first played pickleball, one of the fastest growing sports in the United States, which during the past few years has been gaining a following in Litchfield.

"It's a lot of fun," Stottrup, 41, said of the sport, which combines elements of tennis, badminton and ping pong. "I enjoyed playing (at Wagner), and then they called about this summer league."

The summer pickleball league, organized among those who played the game indoors the past few winters, now gathers for outdoor matches Thursday nights at the "lower" tennis courts at the corner of Gilman Avenue and Sixth Street.

At least that's the current home to the league. Players say the current location will work, but they dream of someday having a facility they can call their own.

Two league representatives — Julie Schrum and Alan Hofstad — brought that idea to the Litchfield City Council in mid-June, asking that the city consider refurbishing the little-used tennis courts at South Park and turning them into a pickleball facility.

"We've had a core group playing, but we get more all the time," Schrum told the City Council. "We feel like if we had some designated outdoor courts, it could explode."

The game, Schrum said, has a wide appeal, with an estimated 3.3 million players throughout the United States. The average age of players is 41 years old, but a witness to matches played during a recent league night would have seen players from "17 to 70s" playing, she said.

Pickleball is played on a court that measures 20-feet by 44-feet — shorter and narrower than a tennis court — with a net height of 36 inches at the sidelines and 34 inches in the middle. The court is striped similar to a tennis court, with service courts and a "non-volley zone" in front of the net.

Dedicated pickleball courts also have been growing. The USA Pickleball Association reports that there are more than 15,000 indoor and outdoor courts in the country, with at least one in every state.

Schrum and Hofstad asked that, at a minimum, the Council allow the pickleball league to mark the Gilman-and-Sixth courts for league play from 6-9 p.m. Thursdays during the summer. Because the pickleball court is different dimensions than tennis, the league marks its courts in blue tape — which occasionally needs to be repaired during matches — and uses temporary nets.

That's why, eventually, they hope the city will consider dedicated courts.

Of course, dedicated courts come at a cost, and that's where the Litchfield City Council discussion stalled. Refurbishing the South Park tennis courts would cost at least $60,000, according to City Administrator Dave Cziok, who said he'd hoped for a less costly option, "but unfortunately, we couldn't get it done" for less.

With a few other projects — Optimist Park grandstand upgrades, Litchfield Golf Course clubhouse improvements and dog park — already designated for city funding in the next few years, some City Council members worried about adding another.

"I really support the concept," Council member Darlene Kotelnicki said. "But we have an obligation to Optimist Park, so I would not entertain any action on this until we allocate to that. They (the Litchfield Blues, who play at Optimist) are in line first."

Council member Eric Mathwig, who said his wife is an active pickleball player, said he took a longer view of the request. When the city builds the long-discussed recreation/wellness center, pickleball courts could be included in that plan, he said.

"Go around town to larger businesses and see if they would support it," Johnson said. "See if they've got a fund where they could help you out with this."

Fundraising is likely to be a challenge, however, due to the impact of COVID-19 pandemic on area businesses and summer activities, Schrum said. But she thought the group would be willing to support construction of dedicated courts financially and with labor.

In the short term, however, the league simply wants the two "lower" tennis courts reserved for pickleball league play on Thursday evenings throughout the summer.

"We would just like to be able to put out a sign so we could reserve the court for that use," Schrum said. "Get that league going, get more interest (and) see where it will go next year...."