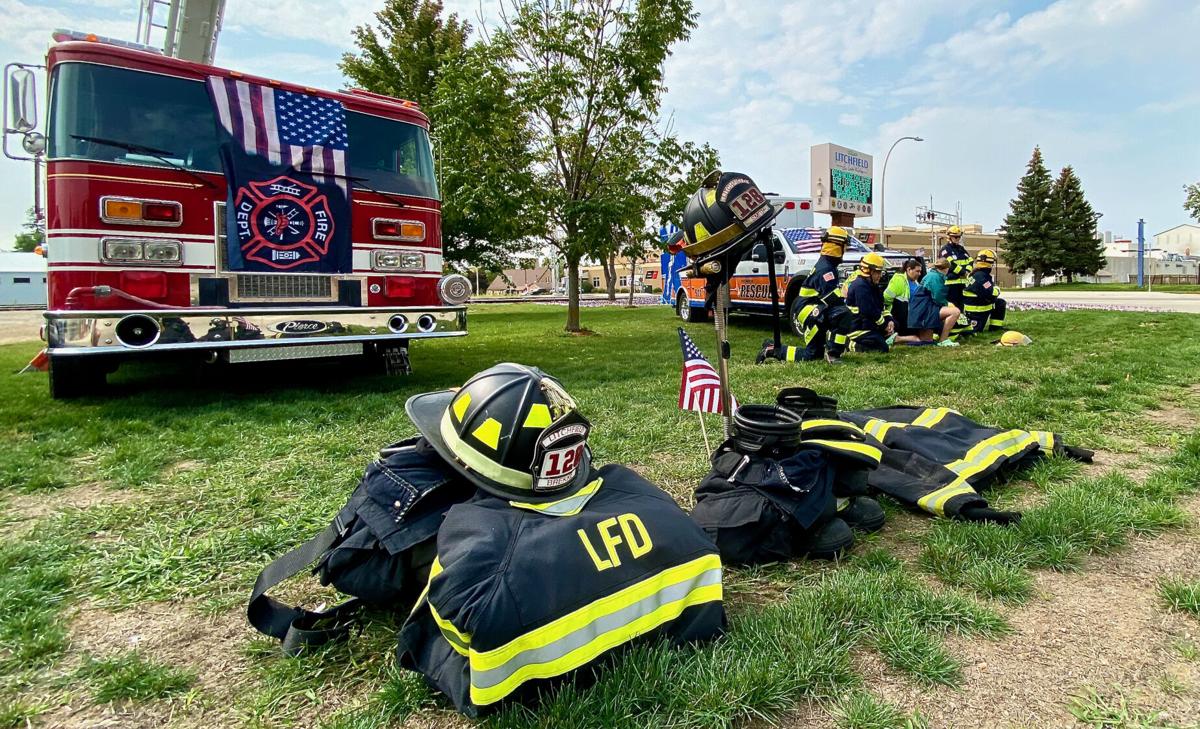 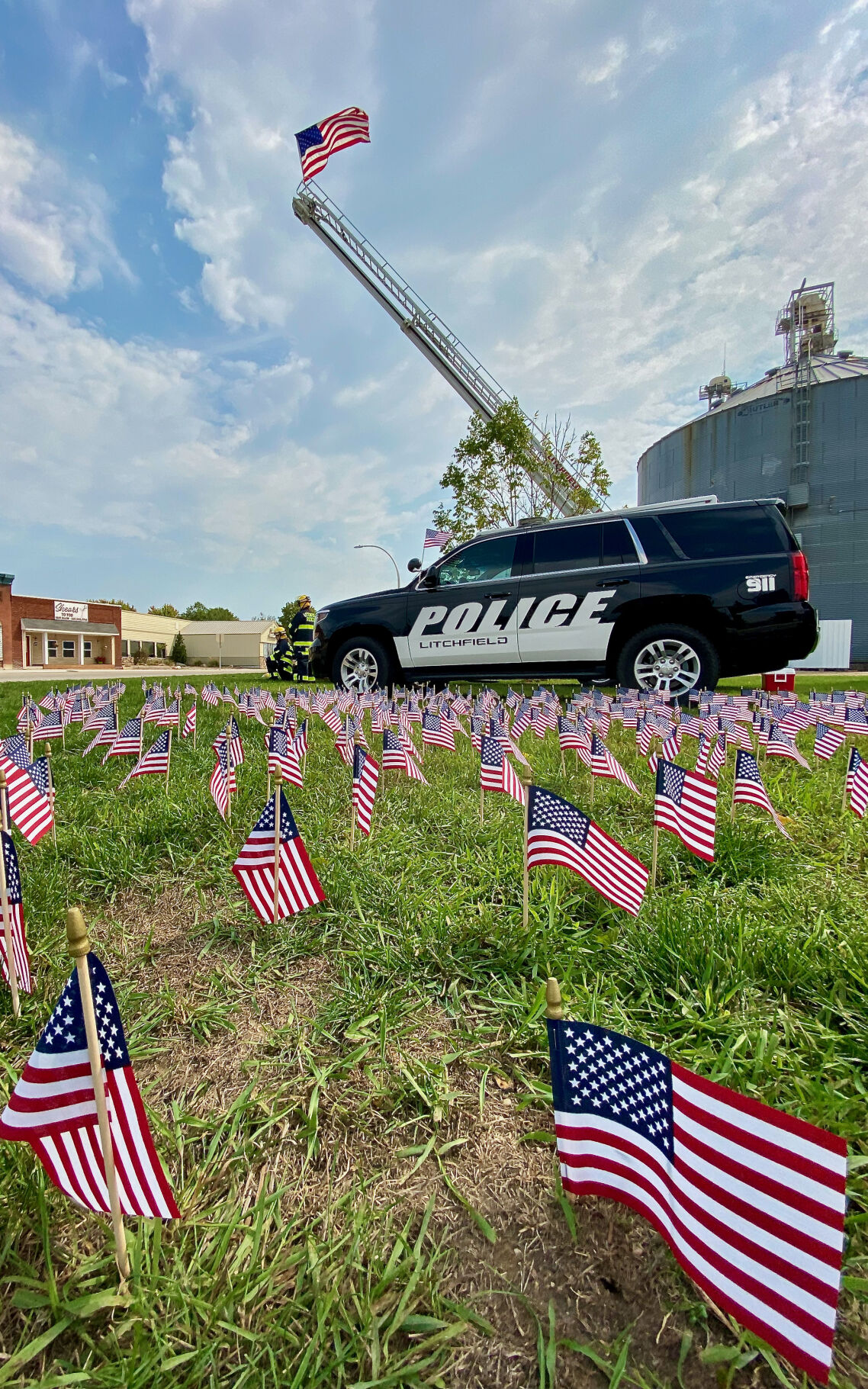 Litchfield and Meeker County emergency responders remembered those lost in the 9/11 terror attacks on the 20th anniversary Saturday with a memorial at the corner of Sibley Avenue and Depot Street.

Litchfield Fire Department began honoring the fire and police personnel lost in the Sept. 11, 2001, terrorists attacks the year after the tragic day, and the memorial has grown to include other emergency response organizations since.