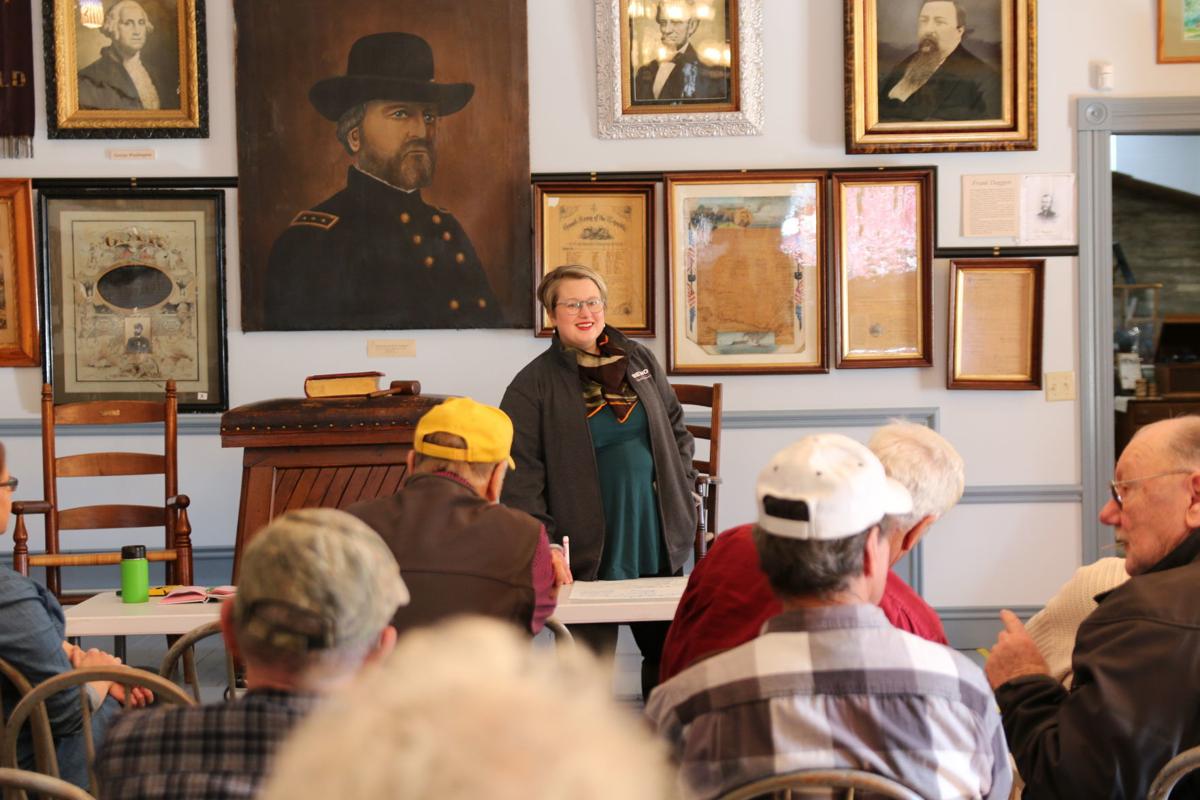 Emily Kurash Casey, a rural program coordinator for RETHOS, discusses what participants envision Litchfield downtown becoming in five years during a meeting at the G.A.R. Hall. 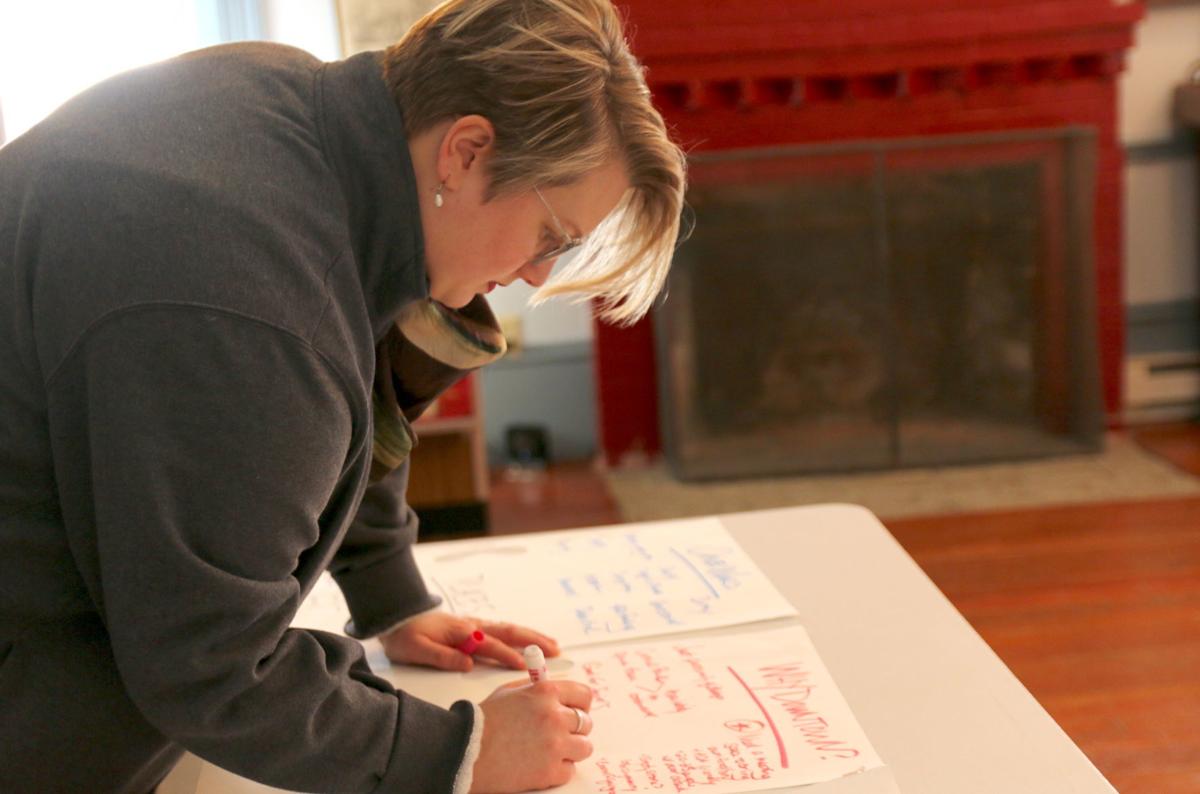 Emily Kurash Casey, a rural program coordinator for RETHOS, takes notes as participants contribute what they would like to see in Litchfield downtown.

Emily Kurash Casey, a rural program coordinator for RETHOS, discusses what participants envision Litchfield downtown becoming in five years during a meeting at the G.A.R. Hall.

Emily Kurash Casey, a rural program coordinator for RETHOS, takes notes as participants contribute what they would like to see in Litchfield downtown.

What stirred Neidenthal's thinking was a discussion with Emily Kurash Casey, a rural program coordinator for RETHOS, a nonprofit organization working nationwide to help revitalize and reimagine the use of old buildings and sites — like the ones in downtown Litchfield.

“They offer this downtown assessment to kind of find out what are the needs and the wants,” Darlene Kotelnicki, a member of the LDC, said about RETHOS. “It's like a preplanning thing. They'll come and go over stuff with us ... and they give us like a road map of things we should consider.”

“2020 is the first year that we’re really devoting time to going out and doing this kind of work,” Casey said, adding that Willmar was the next location — including other towns.

Casey met with Litchfield residents and surrounding areas last week to learn about Litchfield downtown. Among the questions she asked participants:

Even though Neidenthal lives in Grove City, he wants downtown Litchfield to grow and improve. He said he thinks that the reason for the decline of the city’s downtown is that owners of some of the buildings live outside of town.

“We got to get people to have ownership and commitment to making (downtown Litchfield) successful,” Neidenthal said. “And that's not going to happen until we get more local ownership in these buildings.”

Many of the downtown buildings are also in a bad shape; they are old and crumbling, Neidenthal said.

“I bet that once this Highway 12 is done through town, we have the opportunity for a Renaissance,” he said of the planned highway renovations this year. “So we have to start working now, such that by 2021 when that road is done, the owners of the buildings will see some promise and start making some additional investments.”

Investments may include a ground-up refashioning of downtown buildings, which could attract new businesses to open there, Neidenthal said. Ideally, the owners of the businesses in town would also live in Litchfield, he said.

After Casey studies the survey results of various groups, she will share ideas that cater to Litchfield, which the town could use for taking steps toward a more energetic downtown life, she said.

“And we'll come back to the LDC and say, ‘Here are some ideas for revitalization that you could try in your downtown.’” Casey explained. “It could be something like, you have a lot of senior citizens, so maybe consider having some benches for when people are walking downtown and need to rest.

“Or it could be building on something that's already really successful — like the Christmas decorations are really great — building some ideas around there,” she said.

Casey said a lot of the changes she helps supply rural towns may take two to five years to be fully operational.

With Casey’s help, Litchfield Downtown Council will renovate downtown right the first time, Kotelnicki said. In addition, the downtown council is working on fundraising for an antique clock back on Main Street, which adds to the improvement they want to see, she said.