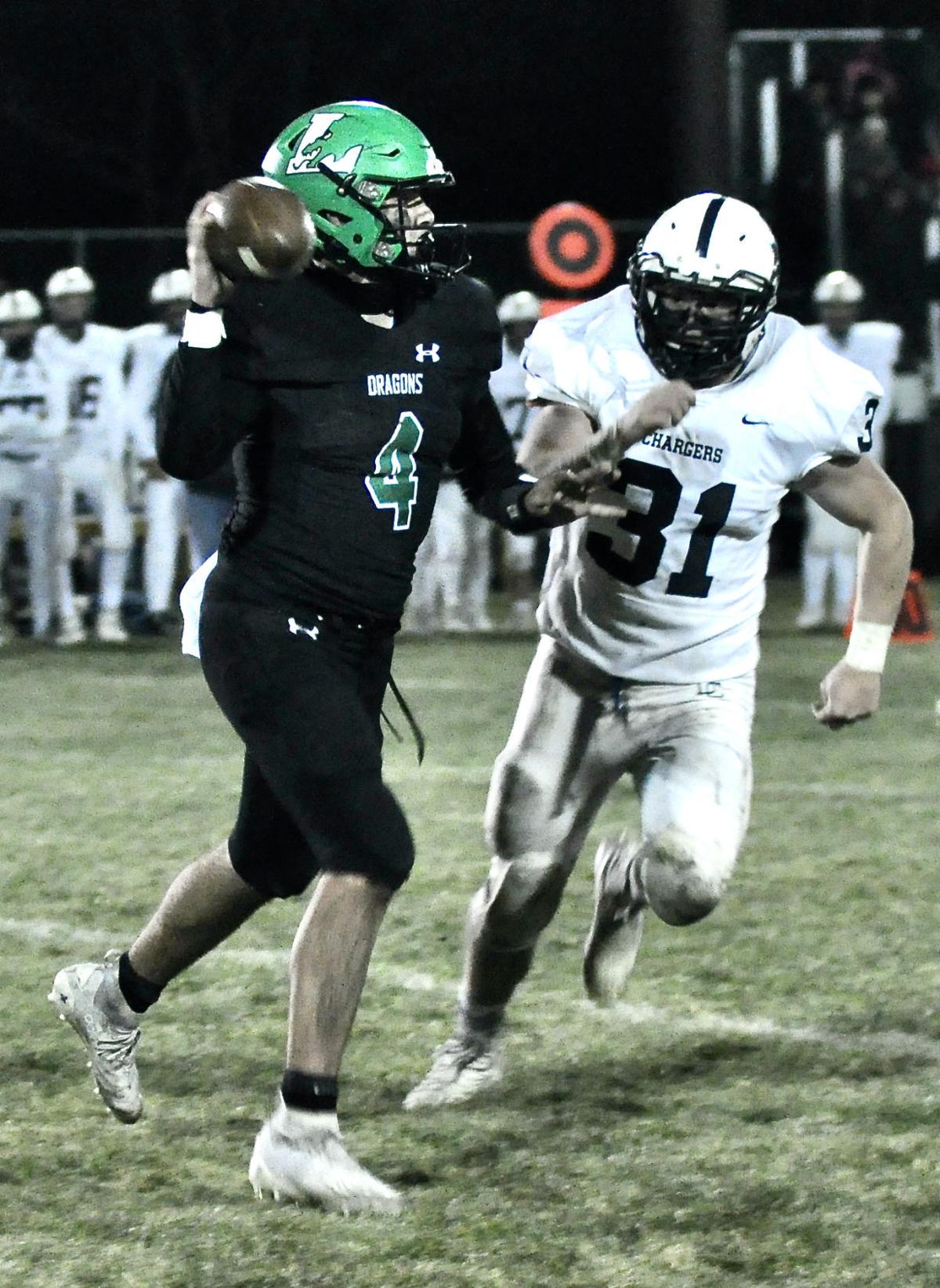 Litchfield senior Ben Alsleben recently decided he will will attend St. John’s University in Collegeville, where he hopes to play football while pursuing a business degree. Alsleben threw for nearly 4,000 yards during the past two years as the Dragons quarterback. 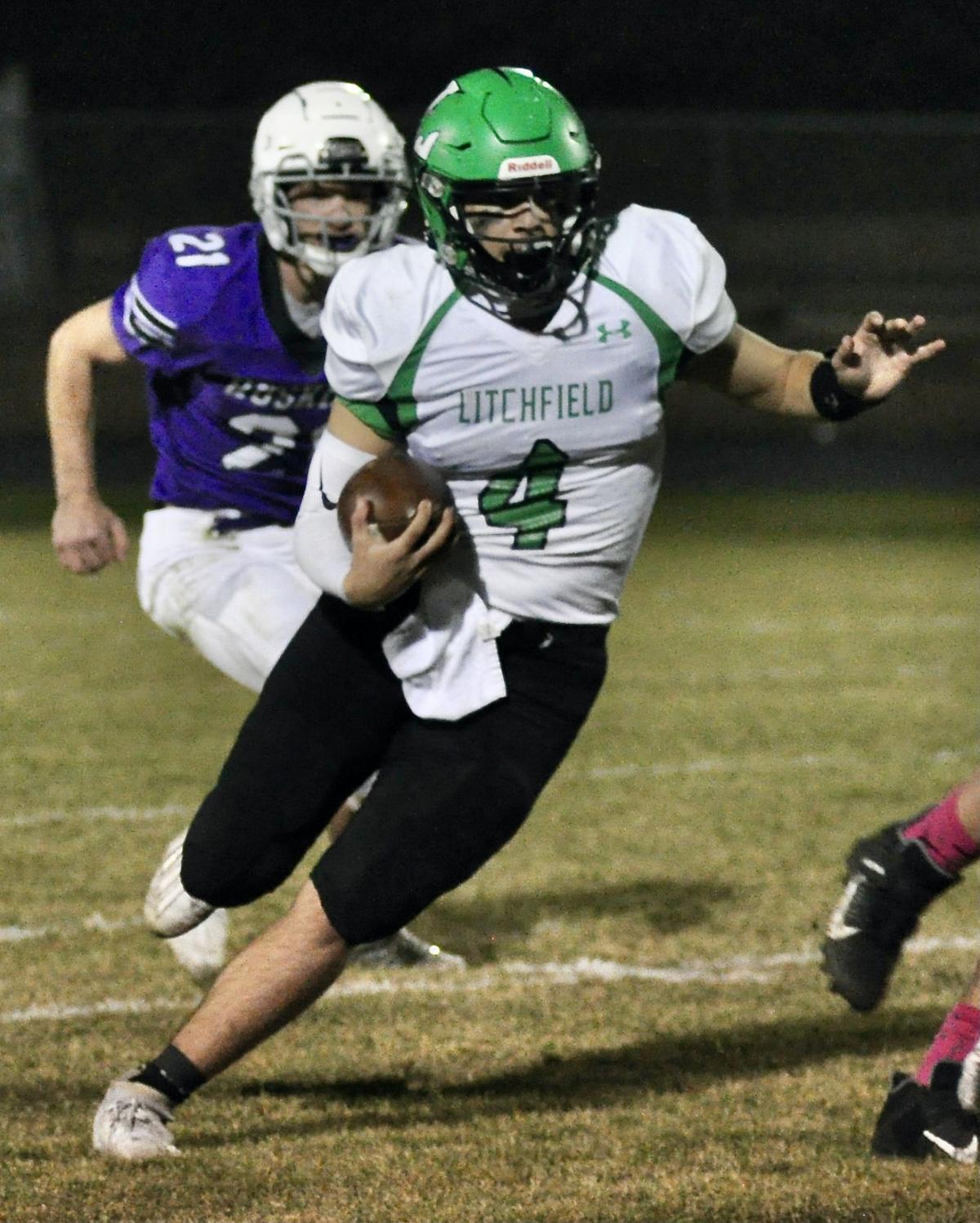 In addition to setting records as a passer, Ben Alsleben was an adept runner, racking up nearly 800 yards rushing the past two seasons.

Litchfield senior Ben Alsleben recently decided he will will attend St. John’s University in Collegeville, where he hopes to play football while pursuing a business degree. Alsleben threw for nearly 4,000 yards during the past two years as the Dragons quarterback.

In addition to setting records as a passer, Ben Alsleben was an adept runner, racking up nearly 800 yards rushing the past two seasons.

After a record-setting high school career, Ben Alsleben is excited to see what the next chapter of his football career holds.

He wrote the first few lines of that chapter recently when he committed to St. John’s University.

“They’re an amazing program,” Alsleben said of St. John’s, a perennial NCAA Division III power. “It meant a lot to me that they were interested.”

Alsleben said he received interest from a number of Division III and some Division II schools, and the recruiting process was a good learning experience.

But when LHS coach Jim Jackman told Alsleben that St. John’s coach Gary Fasching had called seeking more information about him, the school rose quickly to the top of the Litchfield senior’s list of possible college choices. He visited the campus at Collegeville a week later, in late November, and his interest level only increased.

Though it wasn’t the typical college visit, due to COVID-19, Alsleben still had the opportunity to tour the campus and all of the football facilities. That was enough to get a good feeling about attending the school to pursue a business degree, and to play football for one of the more notable Division III programs, not just in Minnesota, but the nation.

“I’d love to play for the program,” said Alsleben, adding that he’s been told that he will compete for the quarterback job, though he’ll likely start out down the depth chart on a roster that has several others at the position.

He was a fullback heading into his freshman season in high school. That’s when classmate and close friend, Ben Finneseth, learned he and his family would be moving to Colorado. Coaches asked Alsleben and another good friend, Drew Kotzer, to give quarterback a try. When Kotzer decided he’d rather stay a running back, Alsleben became the No. 1 quarterback for his grade.

From then on, he committed to becoming the best he could be at the position, attending offseason camps and throwing the ball to anyone willing to catch it. He played some quarterback as a sophomore and became the starter as a junior.

“Ben has been a kid that wants to be around the game,” Jackman said. “From the time he was a young kid, he was always doing the football activities. He went into everything. He really wanted to become a better player. It was kind of like that across all the sports he plays.”

Stepping into an offense built to pass, and surrounded by talented receivers, Alsleben said, he felt fortunate — and had a lot of fun the past two seasons.

“It was really fun,” he said. “Especially with the receivers we had. You could tell them what to do and they’d do it. You kind of know you’re going to make plays when you have great skill players.”

Alsleben threw for nearly 4,000 yards and 39 touchdowns during his two seasons as a starter for Litchfield. In his final game in the program — a 55-14 win over Rockford in the Section 2AAA championship game — he set the school single-game passing record with 403 yards and five touchdowns on 25-for-28 passing. Alsleben was a double threat to opponents. In addition to his passing, he rushed for nearly 800 yards nine touchdowns over the past two seasons.

Those numbers came during two seasons in which the Dragons saw considerable success, reaching the section semifinals his junior season and claiming the section title during the pandemic-shortened 2020 season.

“I felt like it was a great season, just to get to be with all of my brothers on the football team,” Alsleben said. “From getting together in the summer (to practice) through the whole season, it was super fun. I wish we could have had that state tournament and shown people that we could do more than just the section championship.”

He hopes he’ll have new opportunities on a new stage beginning this fall at St. John’s. In the meantime, he has basketball this winter and baseball in the spring to keep him busy athletically.