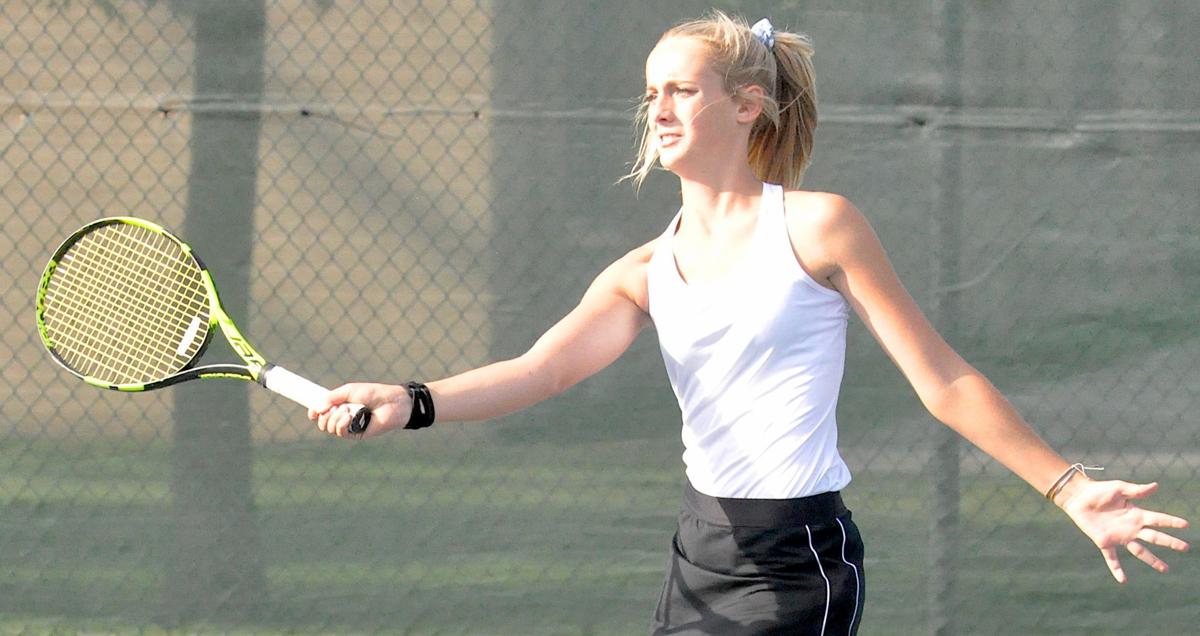 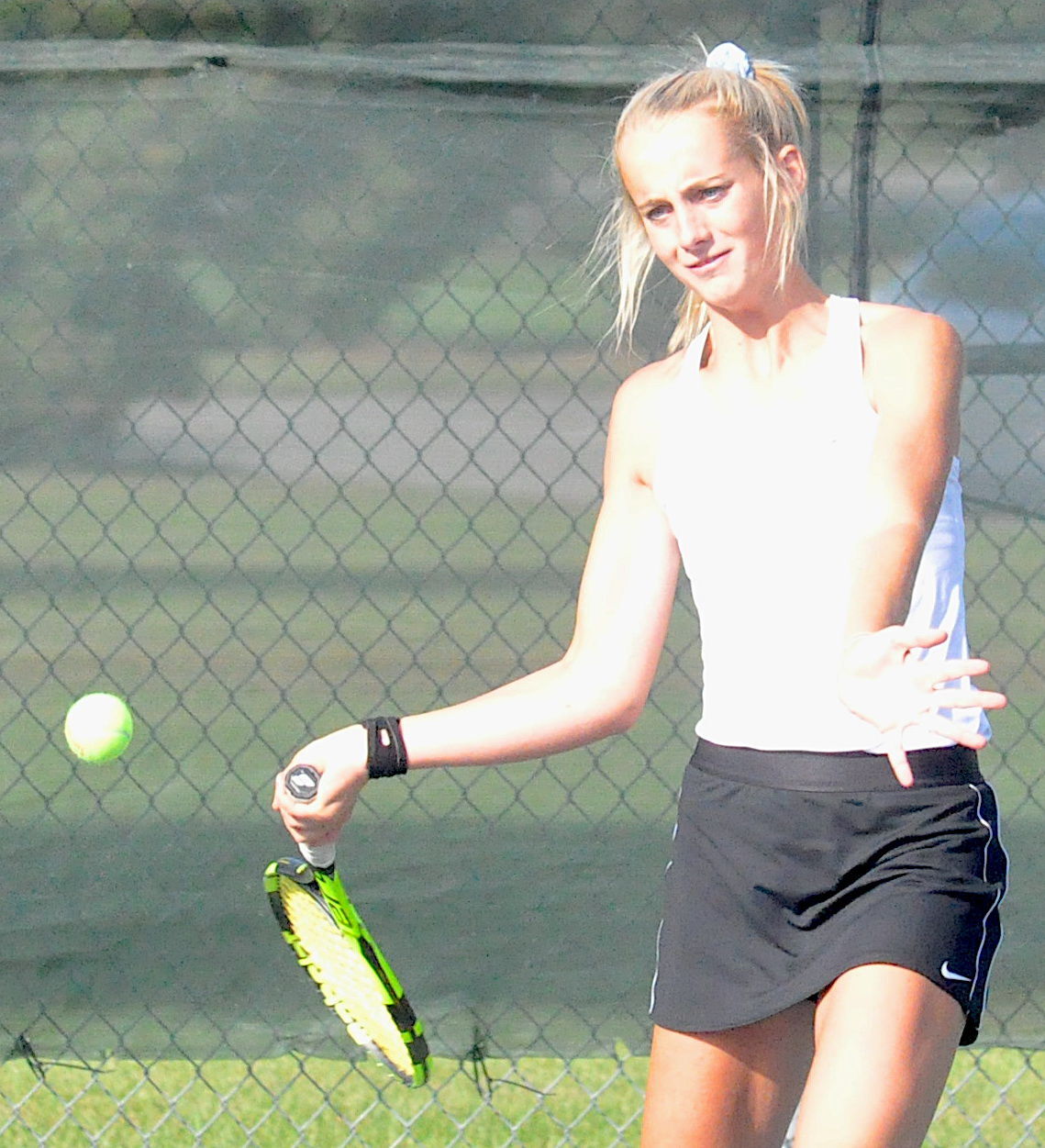 In her first season of varsity tennis, Avery Stilwell lost almost as often as she won.

By the time she left the court following her final high school match two weeks ago, the Litchfield High School senior was one of the best girls tennis players in school history.

“She’s had one of the best high school tennis careers of any outstate kid I can think of,” Litchfield coach Matt Draeger said. “Outside of winning a state championship, she accomplished just about everything.”

Indeed, a state championship medal is about the only thing missing from Stilwell’s trophy case. She finished as a state runner-up in doubles twice, while playing with two different partners. She also has a third-place finish in doubles at state, and an appearance in the doubles consolation finals on her playing resume.

It would have been five, had this season not been cut short due to the COVID-19 pandemic and the Minnesota State High School League’s decision to cancel the state tournament. The Dragons, led by Stilwell at No. 1 singles, captured the section championship with a 6-1 win over LeSueur-Henderson Oct. 13 and in a normal season would have been on their way to state.

Despite that premature end — which likely cost her at least another half-dozen matches between team and individual competition — Stilwell finished with an eye-popping 168 career wins against just 31 losses. Perhaps even more impressive is that 12 of those career losses came in Stilwell’s first season of varsity tennis as a talented but raw seventh-grader. That leaves an average of about three losses in each of her final five seasons of varsity tennis.

“I feel proud,” Stilwell said when asked about her LHS tennis legacy. “Just all that I accomplished, it was a good career. Everyone says that I’m obviously a little upset that I never got first at state. It’s frustrating we didn’t (have a state tournament this year). This was hopefully a chance to try again.”

In addition to individual achievement, Stilwell has been part of a remarkable run of team success. The Dragons racked up more than 80 wins during the past four seasons while winning four consecutive section championships and finishing as state Class A runner-up twice.

“It’s not any coincidence that Avery was a freshman when this all started,” Draeger said. “

Stilwell’s drive to be the best was a trait that others saw in her at an early age.

“Draeger said, ‘I could see you challenging for a varsity spot,’” Stilwell said. “I just ate that up as a seventh-grader. That was the summer I worked the hardest on tennis. I don’t think there was a day I wasn’t on the court playing.”

Stilwell landed a spot at fourth singles as a seventh-grader. She soon realized her enjoyment of tennis was greater than any other sport she tried. She’s been devoted to it ever since — although she still finds time to be a top-level three-sport athlete, playing goalie for the Litchfield/Dassel-Cokato girls hockey team in winter and catcher for the Dragons softball team in spring.

“I think she could play all three sports in college,” Draeger said. “Our school hasn’t seen an athlete like her in a long, long time.”

Draeger has been in Litchfield for 22 years, and he’s seen some outstanding athletes go through the system. But he holds nothing back in his praise of Stilwell’s athletic gifts.

“She’s a once-in-a-career kid,” Draeger added. “I’m not going to have, (or) see, that again probably. The only example in Litchfield would be Alex Carlson (a 2000 LHS graduate). He’s the only other kid that was that way. We haven’t seen a basketball player like Alex Carlson since, and I don’t think we’re going to see a tennis player like Avery for a long time.”

That might be true, although Draeger also says Stilwell — through her team-oriented approach — has done much to build the tennis program and inspire the next generation of Dragons.

“The younger girls on JV and varsity, they watch her,” Draeger said. “She set the bar now, where, if you want to be a good tennis player, here’s what you have to do. Now I have four, five girls trying to emulate that.”

It won’t be easy.

Stilwell is known for her tireless work ethic. It’s a rare spring or summer day that she isn’t on a tennis court somewhere. Most often, it’s one of the courts just to the south of Litchfield High School. Draeger knows. He lives near the courts and can see Stilwell out there.

He joked that he’s had to tell Stilwell to go home because she was spending too much time there.

“No, he’s not kidding,” Stilwell said. “I’ve gotten in trouble before for playing too much. I’ve gone from 90-degree heat, playing 10 innings (of softball) to hitting (at the tennis court) for a couple of hours. He’s told me to take a break before.

“People know that I work really hard at tennis. They sort of see that in how I value it,” she added. “I hit more than anyone else. Everyone might call me crazy (but) that’s just what you have to do. I’ve passed that on to the younger girls, to work hard, to love your sport.”

She plans to carry that love for tennis into college. She hopes to play college tennis somewhere. She isn’t sure where she will attend school yet, or what kind of degree she will pursue, but Minnesota State University Mankato for business administration and creative writing are her “most recent decision.”

“I’ve talked with the (MSUM) coach, but nothing is set yet,” Stilwell said. “I’m looking around, trying to see a lot of different styles of schools and campuses.”

Stilwell says she’ll miss the program in which she grew up as a competitive athlete. She also will treasure the opportunities playing the sport has given her.

“Tennis is fun, sort of networking in a way,” said Stilwell, who in addition to high school matches plays in tournaments throughout the summer like Litchfield’s Watercade and New London’s Water Days. “I love the town tournament. I’ve met a lot of different people and gotten the ability to play with a lot of good players just from those tournaments.”