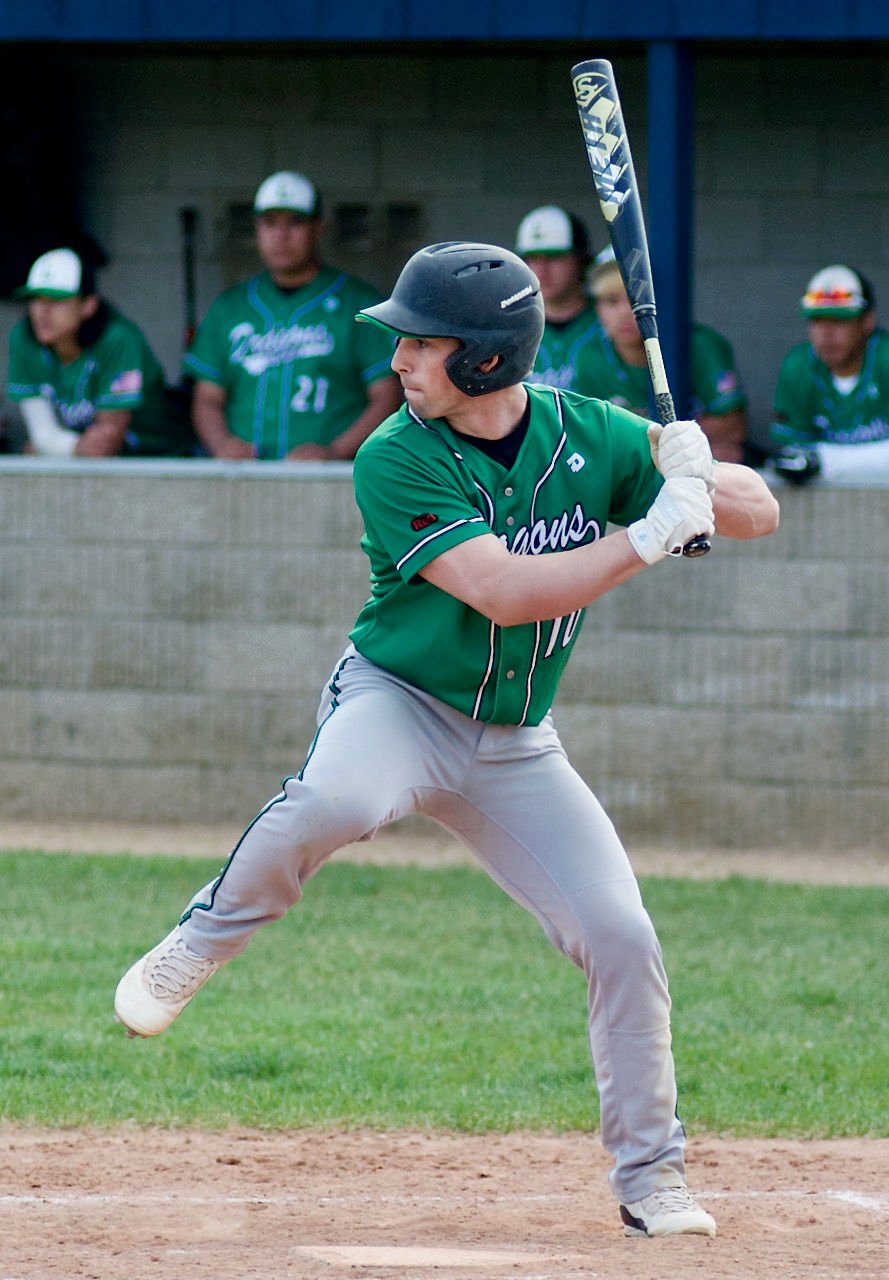 Bennett Lecher steps into a pitch during a game earlier this season. Lecher had a three-run home run to spark a seven-run fourth inning that carried Litchfield to a 9-0 win over Howard Lake-Waverly-Winsted May 25 at Optimist Park. 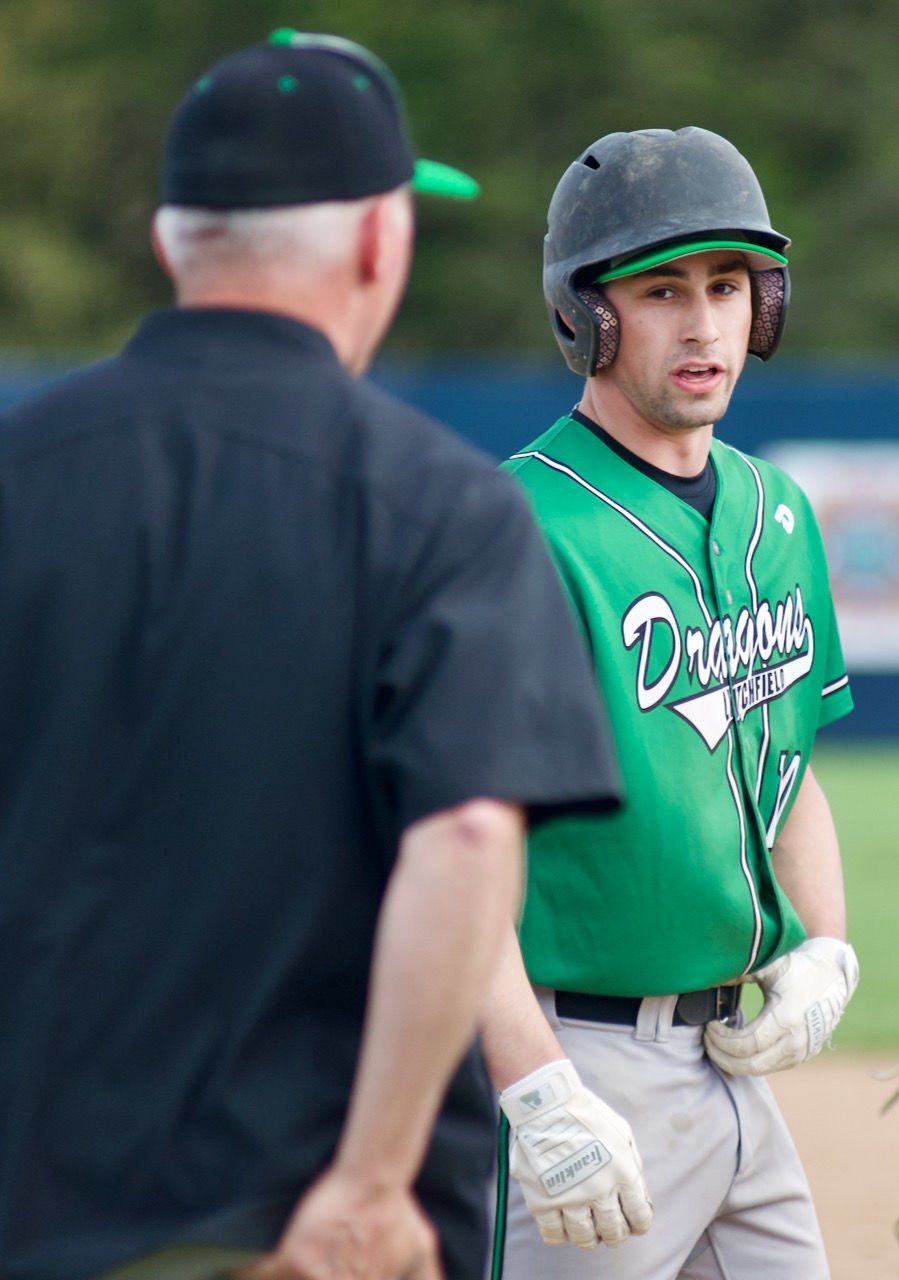 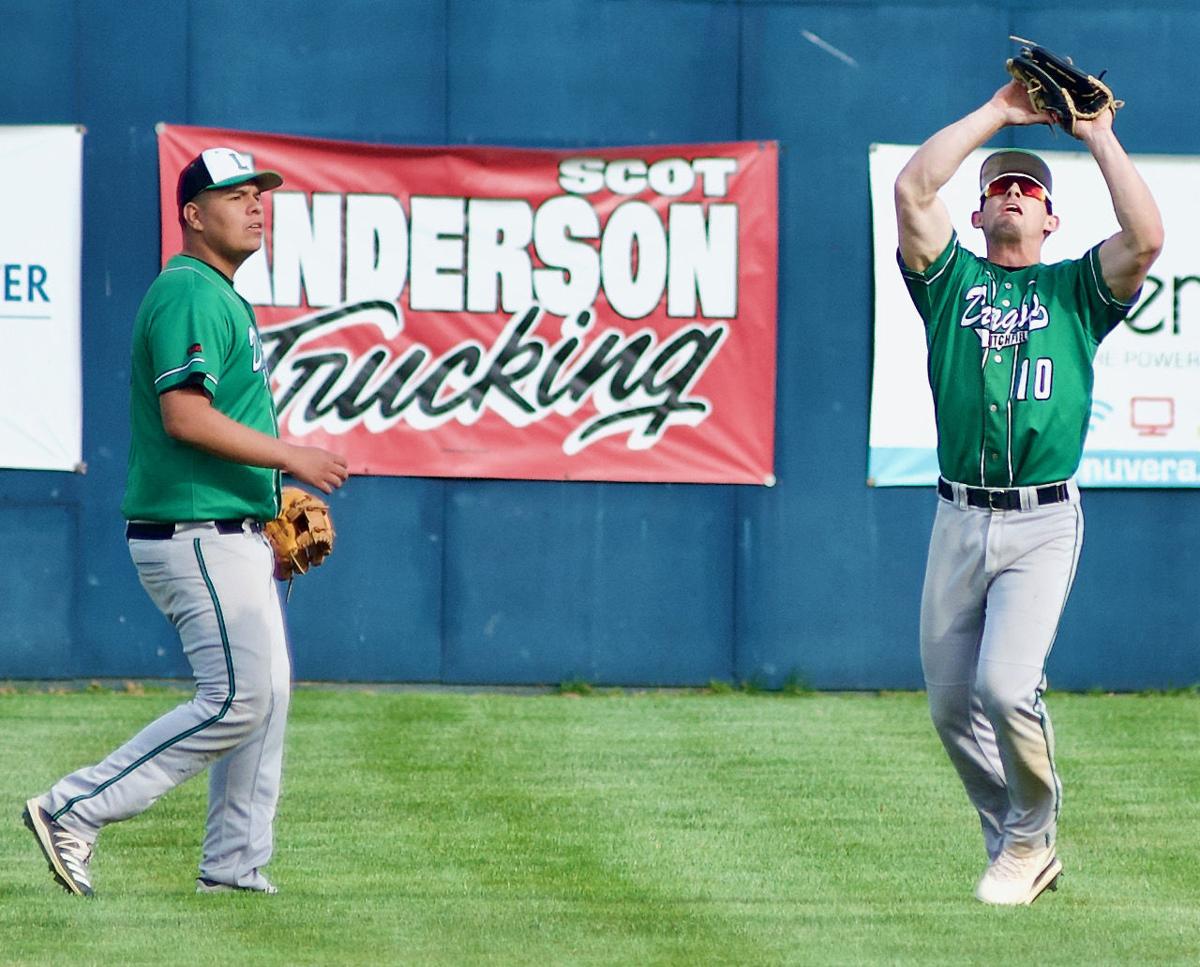 Bennett Lecher steps into a pitch during a game earlier this season. Lecher had a three-run home run to spark a seven-run fourth inning that carried Litchfield to a 9-0 win over Howard Lake-Waverly-Winsted May 25 at Optimist Park.

The Dragons finished their conference season with a 12-2 mark, 15-5 overall. They now await seedings for the Section 5AA tournament (done by QRF), which are expected today. First-round section games are scheduled for Saturday at the high seed, with the first round being a knockout round. After the first round, surviving teams enter a double-elimination format.

Litchfield won the conference title outright in 2019 with a 12-1 record. Last season was wiped out by the COVID-19 pandemic.

Litchfield had a 1-0 lead through three innings, then erupted for seven runs in the bottom of the fourth, with Bennett Lecher's three-run home run being the key blow in the inning.

Lecher, the Dragons' senior left fielder, finished the game with two hits, three RBI and a run scored. Senior shortstop Ben Alsleben went 3-for-3 at the plate and scored two runs, while Caden Besemer and Hunter Thiel had two hits each. The Dragons finished with 12 hits.

While the Litchfield was hot at the plate, Dragons right-hander Avery Liestman was dominating on the mound again.
Five days after pitching the program's first no-hitter in more than a decade, Liestman gave up one hit over six innings against Howard Lake-Waverly-Winsted, before Alsleben came on to close the win in the seventh.
Liestman did not walk a batter while striking out 11 — giving him 23 strikeouts in his last 13 innings pitched.