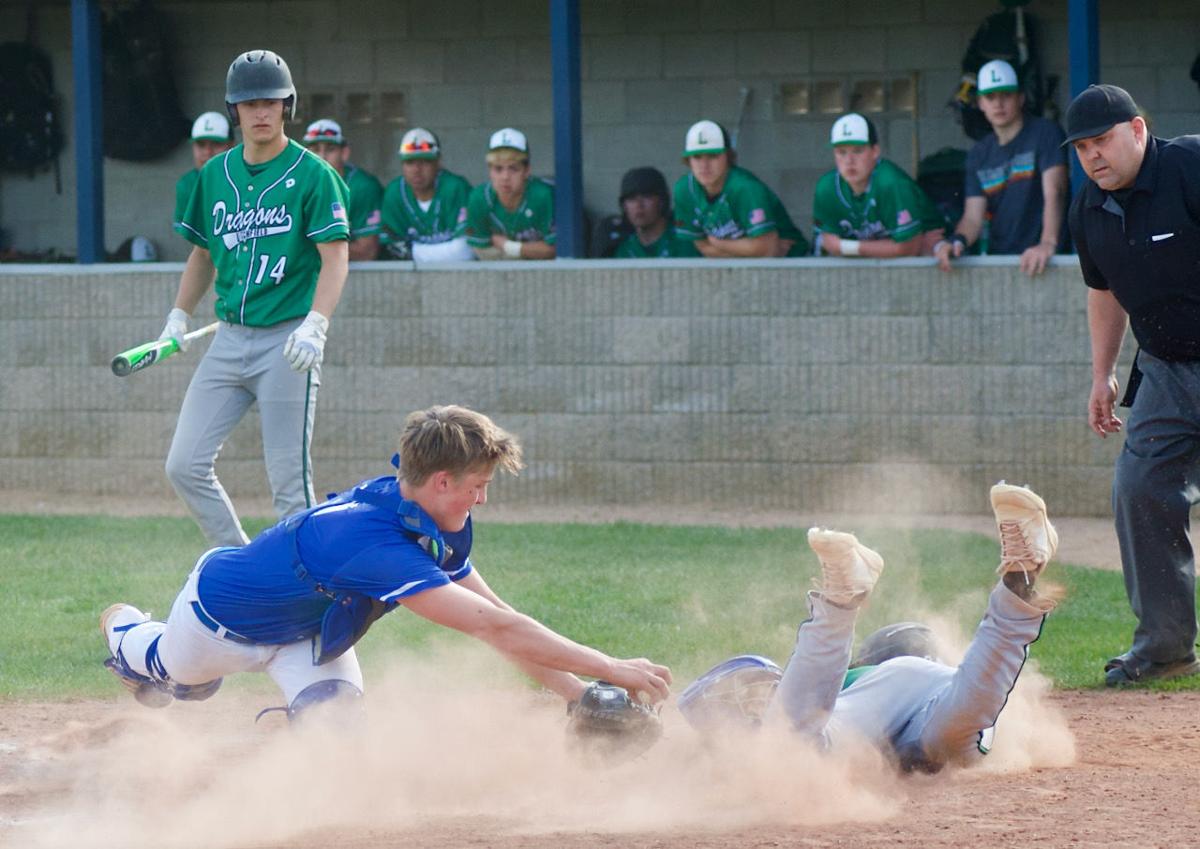 Bauer Wahl slides around the tag of the Watertown-Mayer catcher and safely into home with a run in the third inning of Litchfield’s 10-0 win Thursday. 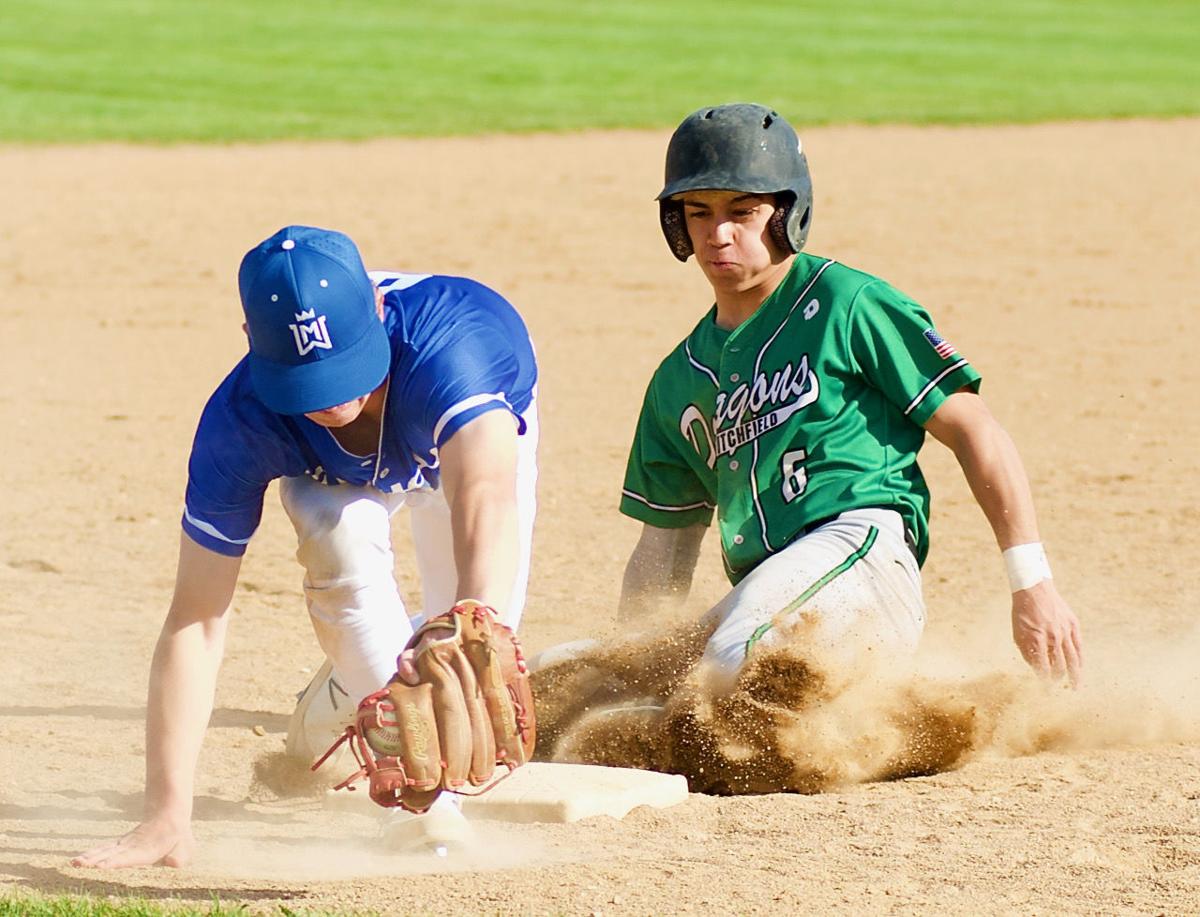 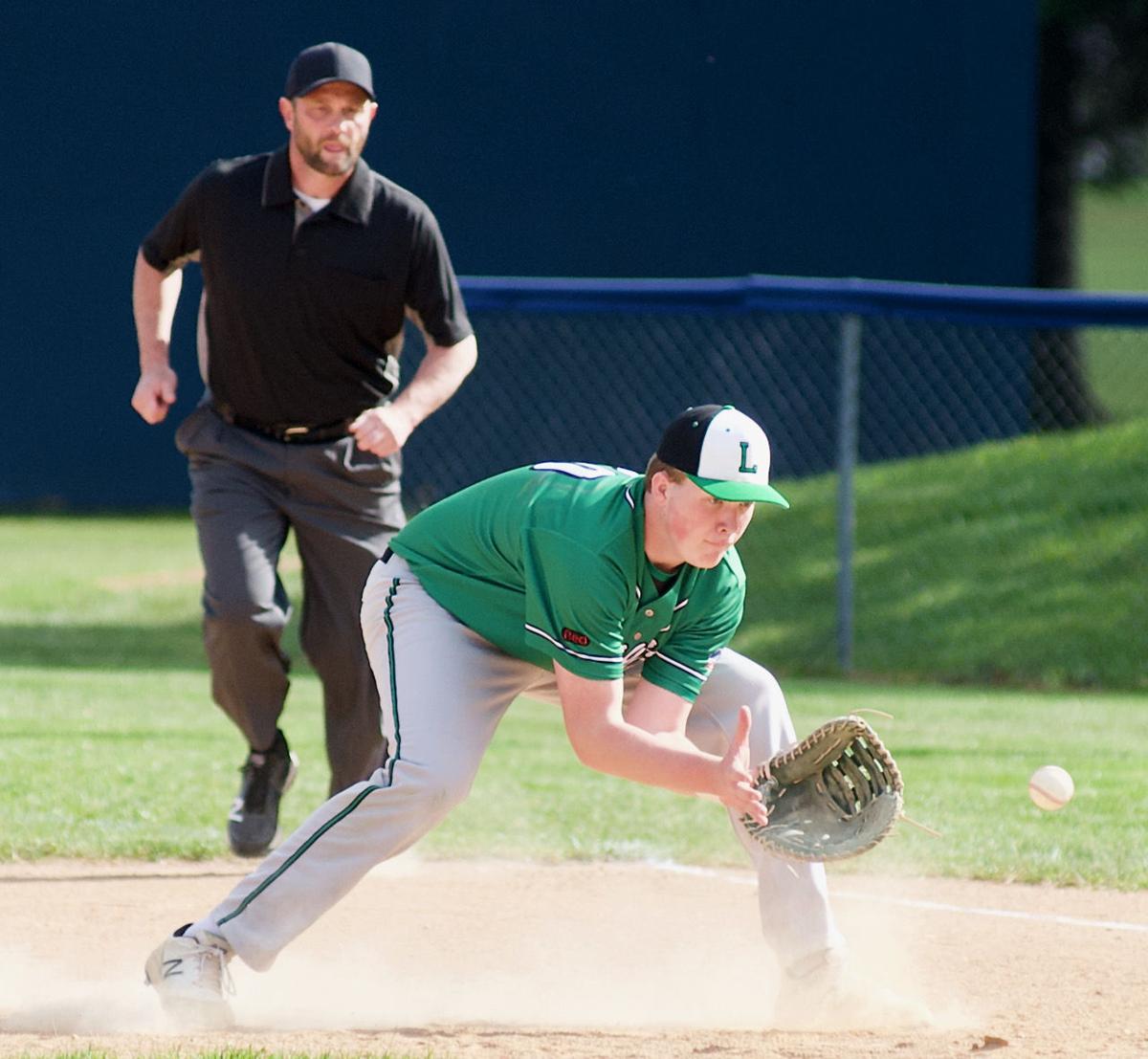 Bauer Wahl slides around the tag of the Watertown-Mayer catcher and safely into home with a run in the third inning of Litchfield’s 10-0 win Thursday.

Christian Kelsey had two hits and drove in three runs as Litchfield collected 10 hits on the way to a 10-0 win over Watertown-Mayer in five innings Thursday.

Eight players had at least one hit for the Dragons, who improved to 10-2 in the Wright County West and 12-4 overall.

Avery Liestman earned the win on the mound, throwing just 55 pitches in five innings. He struck out five and gave up only one hit, a fourth-inning single.

Litchfield has two home Wright County West games remaining on its schedule — at 7 p.m. Thursday against New London-Spicer, and a 7 p.m. game Tuesday, May 25, with Howard Lake-Waverly-Winsted.

The Dragons also were scheduled to play Eden Valley-Watkins at home Tuesday, and to travel to Delano Monday, May 24, for a 7 p.m. game.