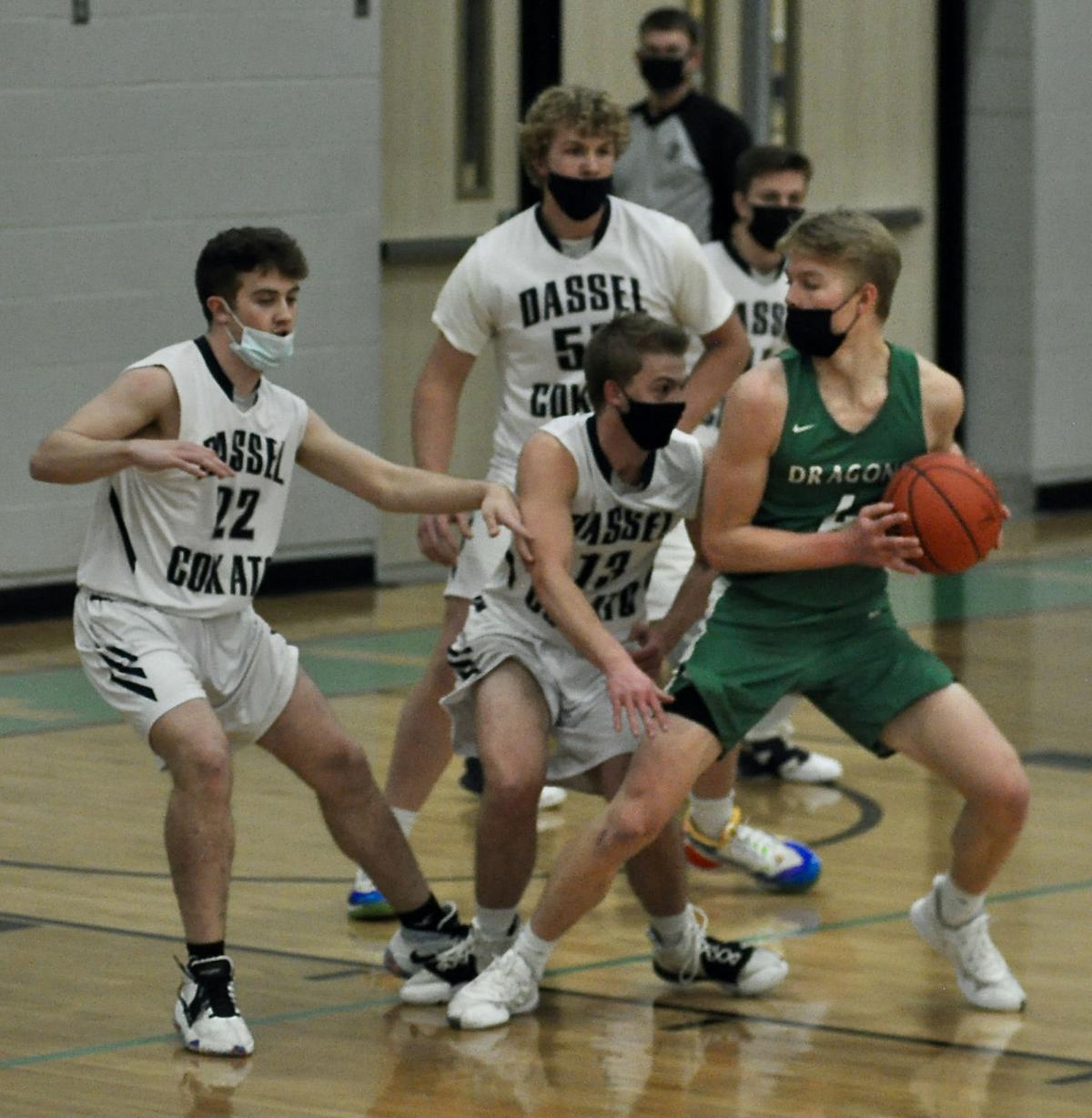 Litchfield senior guard Tyson Michels finds himself surrounded by Dassel-Cokato defenders in the first half of the Dragons’ win Friday. 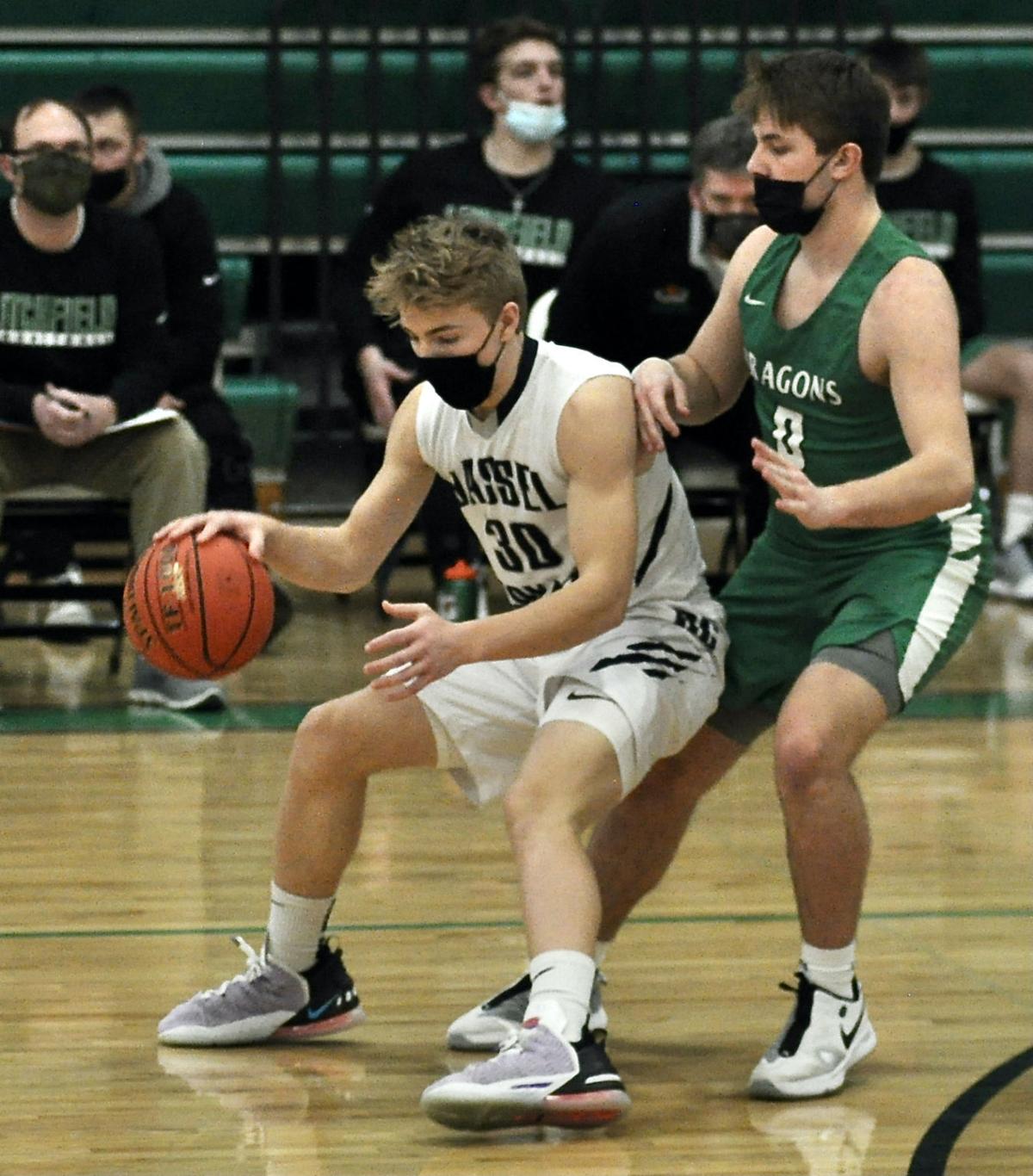 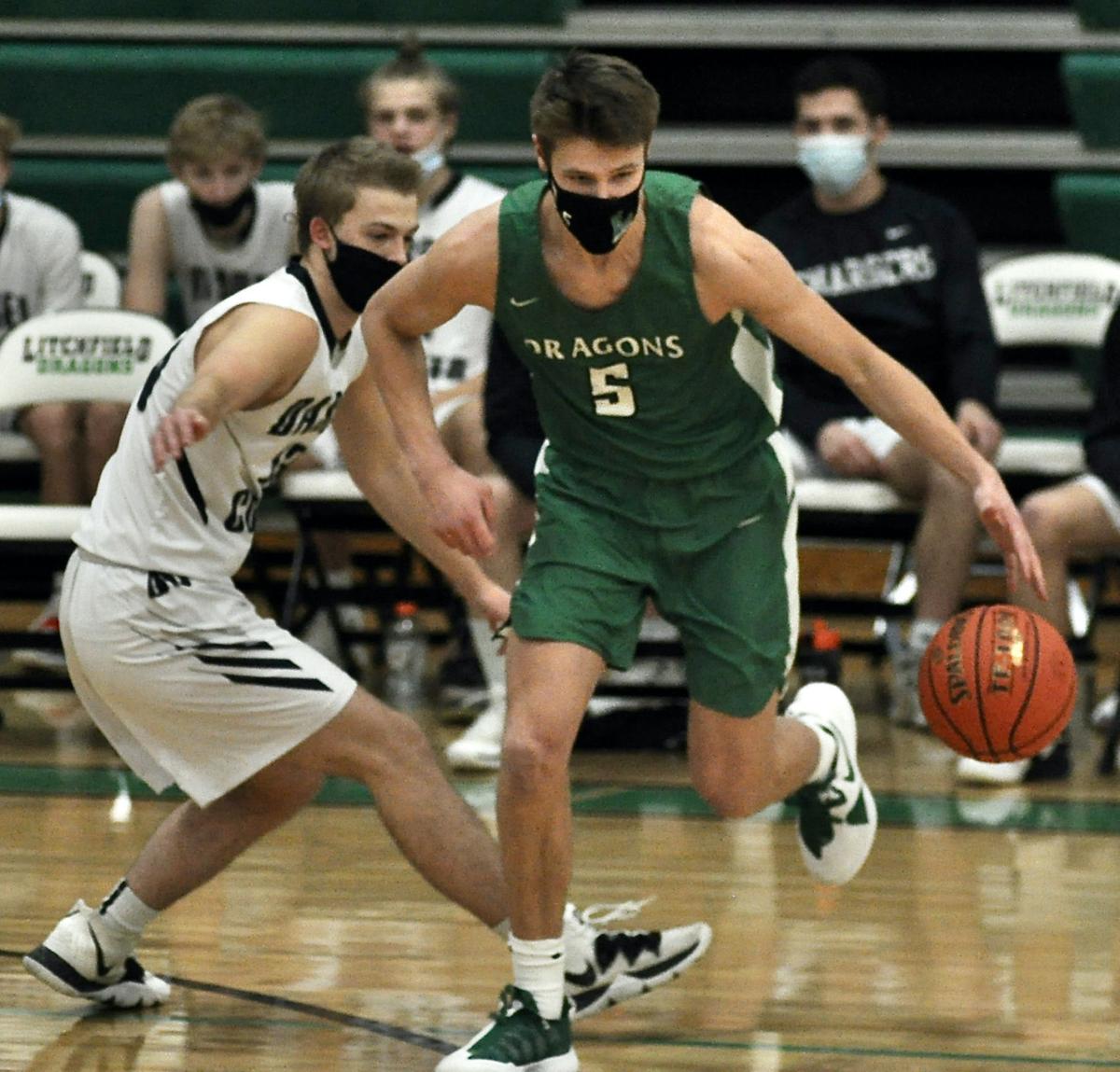 Avery Liestman loses the ball as he tries to dribble around a Dassel-Cokato defender. 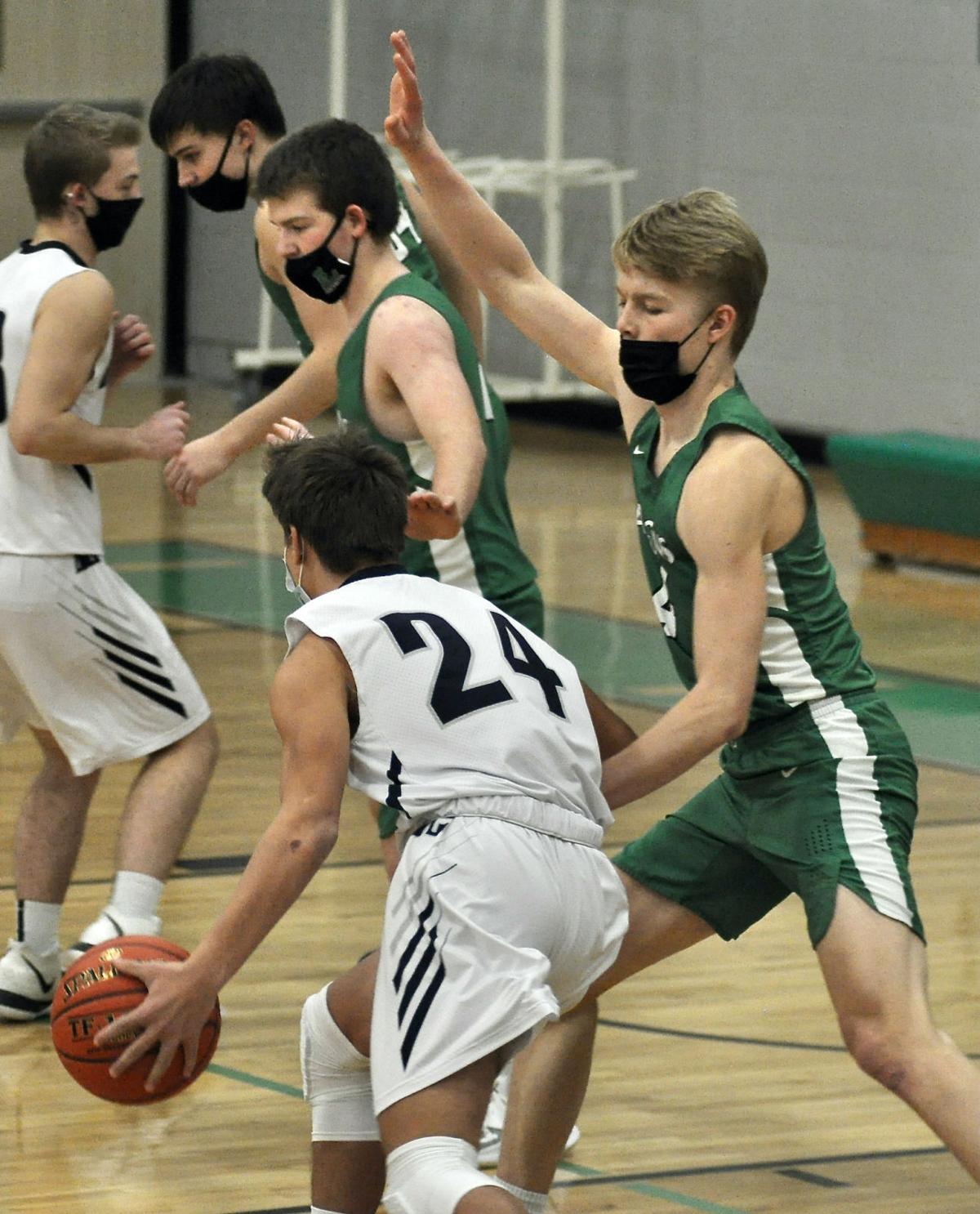 Litchfield senior guard Tyson Michels finds himself surrounded by Dassel-Cokato defenders in the first half of the Dragons’ win Friday.

Avery Liestman loses the ball as he tries to dribble around a Dassel-Cokato defender.

Litchfield went from playing the top team in the Wright County West Conference to facing the only team without a conference win last week.

The result was a a split decision. But coach Matt Draeger sounded optimistic Friday after the Dragons dispatched Dassel-Cokato 65-49, three days after they lost to Annandale 50-43.

“You know, we played well,” Draeger said. “I was happy with how we played in both games.”

Litchfield, 6-3 in the WCW and 7-3 overall, played host to undefeated Annandale Feb. 16. The visitors had the size advantage, but Litchfield stayed with them until the very end, despite a shooting 39 percent from the floor.

“We just have to shoot better,” Draeger aid. “We shot 39 percent, and they’re going to make that hard. With their size, it’s going to be hard to score. But you know, we gotta shoot 45 or 50 percent to beat that team.

“Defensively, I thought we were lights out,” Draeger added. “I love the way we battled. We competed. We were undersized, and you know, I thought we held our own rebounding.”

Annandale won the rebounding battle 25-21, but the key difference was late in the game when a few missed free throws ended up in the Cardinals’ possession, allowing them to run more time off the clock.

Avery Liestman led the Dragons with 20 points. No one else reached double figures.

Annandale, meanwhile, got 13 points from Logan Purcell and 10 each from Hawkin Miller and Jordan Boltz.

“For the most part, I didn’t think we were overmatched,” Draeger said. “We had a game plan, and the kids executed to perfection. And, you know, that was a three-point game. We had a couple rebounds that didn’t fall our way. Those come down, you know, it might have been different.”

There was no late-game drama against Dassel-Cokato. Despite an aggressive defensive style that forced some Litchfield errors early, Dassel-Cokato could not keep up. The Dragons entered intermission with a 12-point lead and continued to build on it in the second half, even as Draeger gave his top offensive threats — Liestman and Tyson Michels — some extended time on the bench.

“You know, we took Tyson and Avery out of the game and we actually increased the lead, which is fun to see,” Draeger said. “You know, everyone just kind of took their turn, and they just played good team basketball, and that’s what we have to do when Tyson and Avery are not out there. We’ve got to hold serve, and I thought we did more than that tonight, and that’s fun to see.”

Weseloh scored a team-high 16 points, while Logan King and Tanner Kohls had seven points each, and Draeger added six. Meanwhile, Liestman scored 11 points, and Michels chipped in nine for the balanced attack.

Litchfield was scheduled to travel to Glencoe-Silver Lake Tuesday and play host to Watertown-Mayer Friday, both teams just a game behind the Dragons in the WCW standings.