You are the owner of this article.
Edit Article Add New Article
You have permission to edit this article.
Edit
Home
News
Sports
Business
Lifestyle
Photo/Video
Jobs
Classifieds
In-Paper Ads
Customer Service
1 of 8 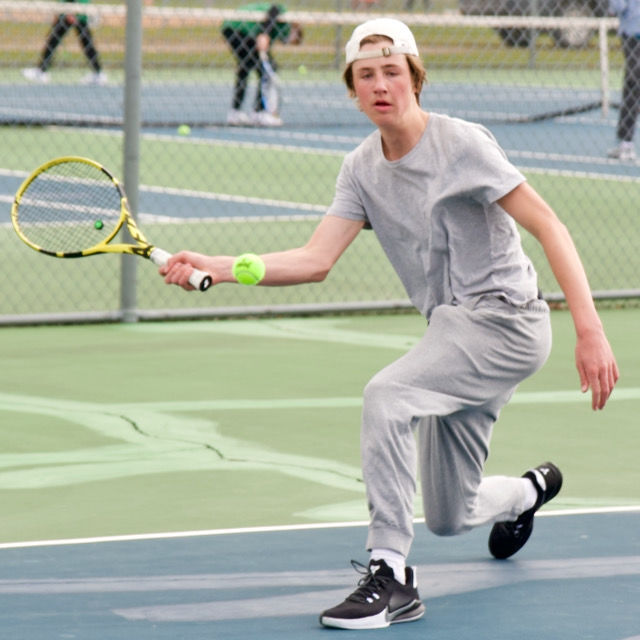 Junior Mason Woelfel returns a shot during a recent Litchfield practice. Woelfel has slotted in as the Dragons’ No. 2 singles player. 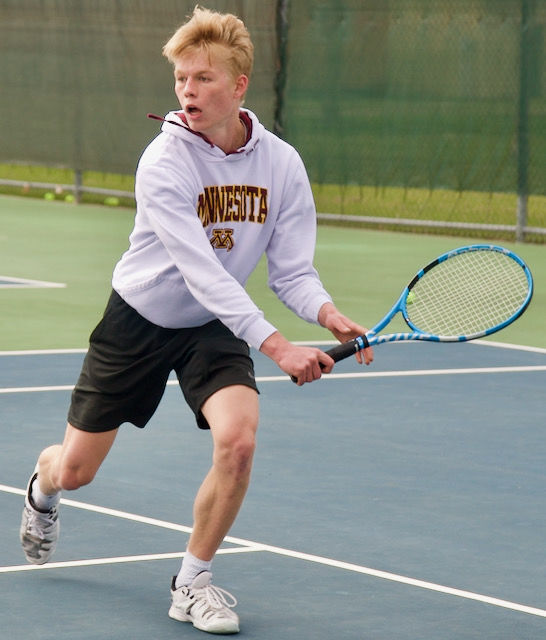 Tyson Michels prepares to return a shot during a Litchfield practice last week. Michels, one of only three seniors in the Dragons’ starting lineup, plays at No. 1 doubles. 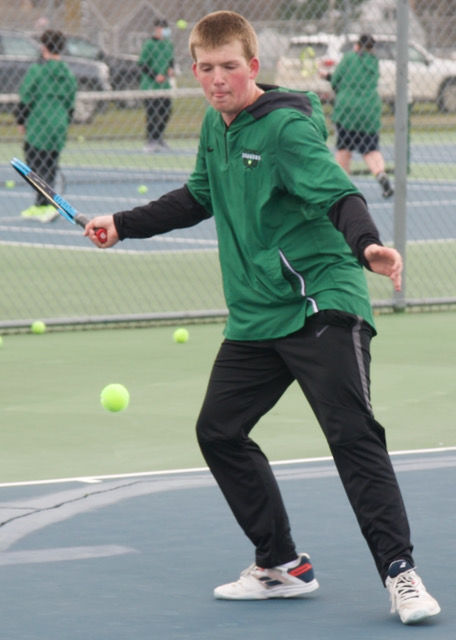 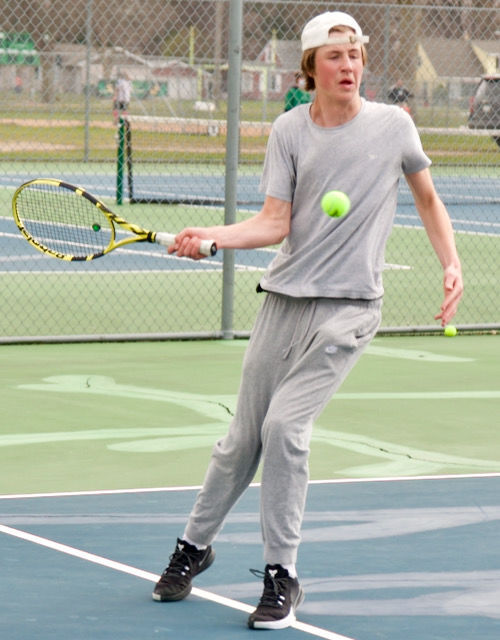 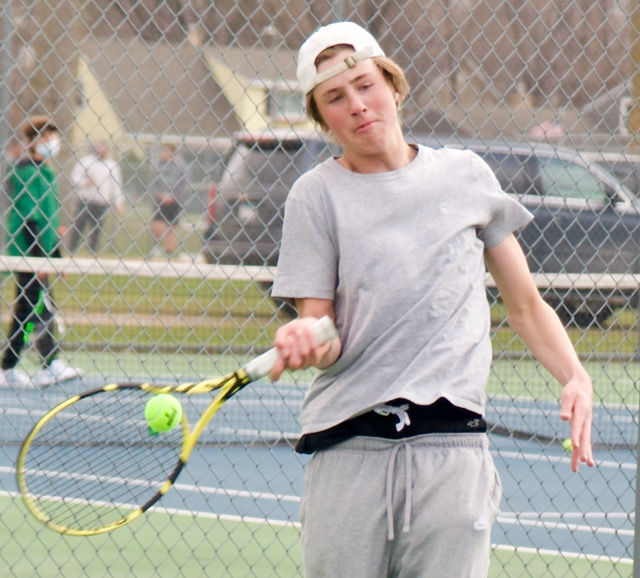 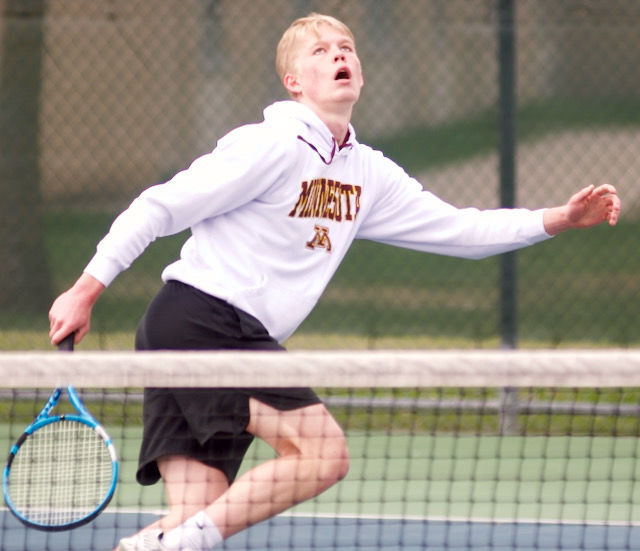 Junior Mason Woelfel returns a shot during a recent Litchfield practice. Woelfel has slotted in as the Dragons’ No. 2 singles player.

Tyson Michels prepares to return a shot during a Litchfield practice last week. Michels, one of only three seniors in the Dragons’ starting lineup, plays at No. 1 doubles.

As he looks at the lineup this season, Litchfield boys tennis coach John Carlson says it’s almost like having a completely different team.

Yes, there are some new players. But most of the difference in that lineup is due to how much the returnees themselves have changed.

“A lot of these kids are 5 (to) 7 inches taller than the last time I had them on the tennis court,” Carlson said. “It’s really different, but it’s really fun seeing them out playing. That’s the highlight for us.”

As with all Minnesota high school spring sports, last year’s tennis season was canceled due to the coronavirus pandemic. That means this season’s varsity roster, which is sprinkled with freshman and sophomores, was a collection of seventh- and eighth-graders the last time they played competitive matches.

After a year away from competitive tennis, how prepared the still-young players might be for this season was a question for Carlson.

But it didn’t take long for the Dragons’ coach to get an optimistic answer.

That strength has shown on the court in the first part of the season. With a 7-0 win over Waconia Thursday, the Dragons improved to 5-2 on the season. One Litchfield’s losses came at the St. Cloud Tech invite April 17, when they lost 4-3 to Rosemount but beat two other Class AA teams in Tech and Robbinsdale Armstrong. Last week, Litchfield fell 7-0 to Orono, which finished fourth in in the Class AA state tournament in 2019.

“We were real excited about going to a big school invitational (April 17 at Tech),” Carlson said. “Those were some really good matches for us. That’s where you really get better.”

Sophomore Alex Draeger is the Dragons’ No. 1 singles player, having moved into that spot as an eighth-grader.

“He won a little more than half of his matches as a first singles player (as an eighth-grader), which is not easy to do,” Carlson said.

Junior Mason Woelfel has slotted in at second singles, and freshmn Blake Aller at fourth singles. Third singles was a toss-up between sophomore Braden Olson and freshman Garrison Jackman.

Last week, Carlson moved Olson to first doubles, where he played with senior Tyson Michels. Another senior, Max Ceasar, will hold down second doubles with either sophomores Nathan Wuotilla and Tyler Pennertz, senior Aiden Nelson or freshman Creighton Huhner. Someone in that group also could slot in at third doubles with junior Brady Cannon.

Though it’s a relatively young crew, Carlson believes “it’s a legitimate goal to advance to the state tournament,” something Litchfield has done 16 times in the past 34 years.

“That should be the goal,” Carlson said of qualifying for state. “And advancing as many individuals to state as possible, too.”

But above all, he said, it’s about getting team members back out on the tennis court, enjoying the game and improving their skills.

“We have 25 guys out (grade) 9 through 12,” Carlson said. “The goal is to get as many matches and practices in as we can and really improve their game. Let’s face it, you can play tennis into those elder years. It’s fun to teach a lifelong sport.”