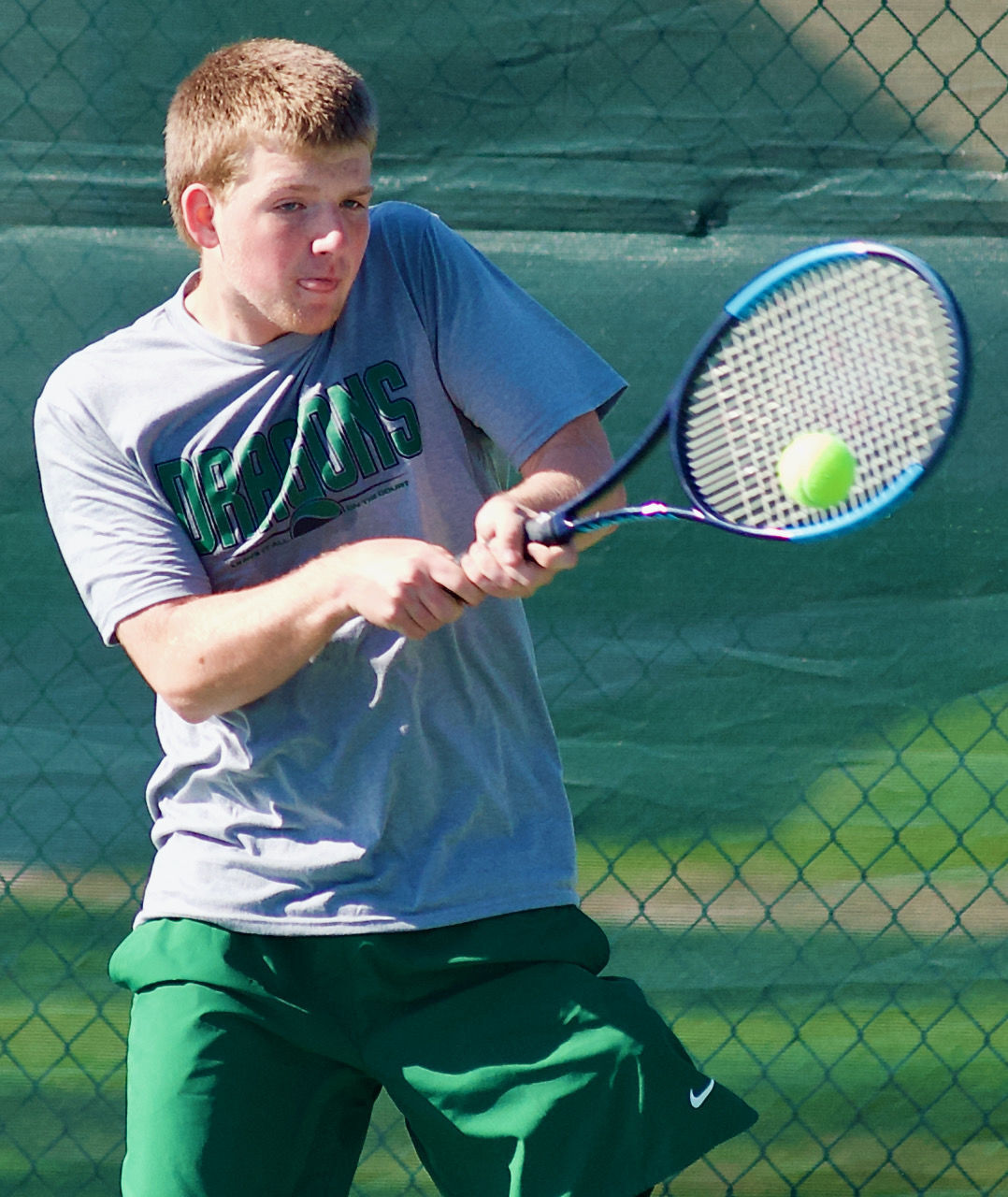 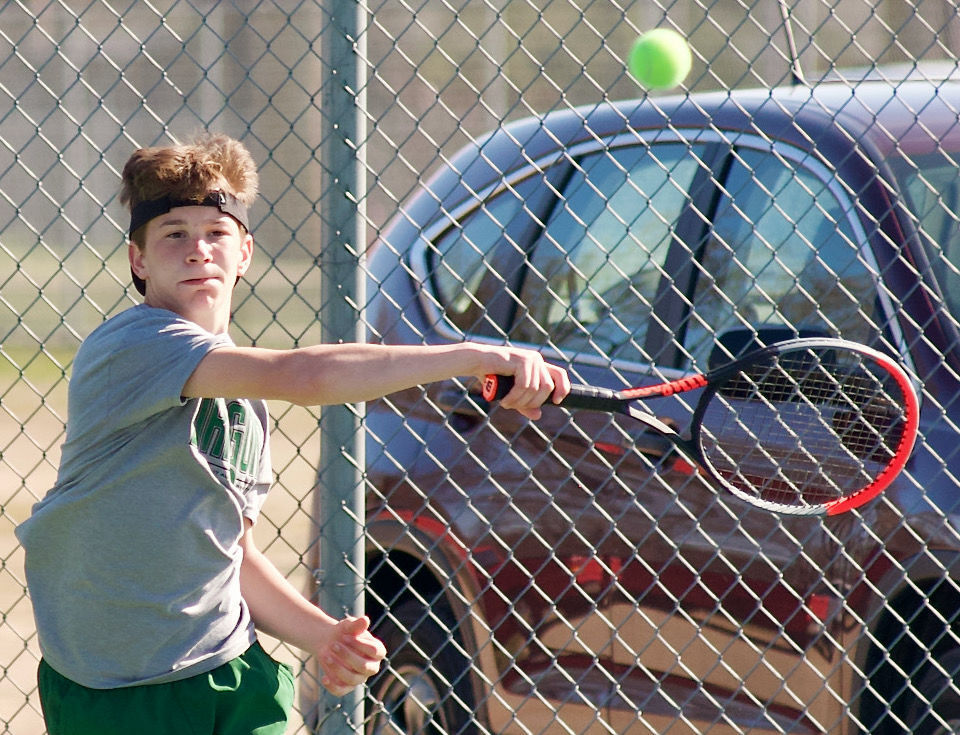 Freshman Braeden Olson returns a shot in a match earlier this year. Olson earned wins at No. 2 singles and No. 1 doubles (with Tyson Michels) as Litchfield won two matches Saturday at Pine City.

Freshman Braeden Olson returns a shot in a match earlier this year. Olson earned wins at No. 2 singles and No. 1 doubles (with Tyson Michels) as Litchfield won two matches Saturday at Pine City.

Litchfield’s impressive run of success hit a bump last week, but the Dragons quickly rallied and returned to their winning ways.

Litchfield fell to Mound Westonka 4-3 Thursday in a matchup of two of the state’s top Class A teams.

Mound Westonka was ranked 22nd in the state, according to the most recent rankings by Minnesota High School Tennis Computer Rankings. Litchfield was 40th in the same rankings. The Dragons are one of just six Class A teams in the top 40, with Breck 19th, Mound Westonka, Mounds Park Academy 27, St. Paul Academy/Summit School 29th and Virginia 26th.

The match came down to a tight No. 2 doubles match that went two-plus hours before Mound Westonka prevailed.

Litchfield’s Max Ceasar and Tyler Pennertz dropped the first set in No. 2 doubles to Mound Westonka’s Nolan Hanson and Dylan Skaja 6-2, but they rallied back and escaped with a 7-6 win in the second set. Unfortunately for the Dragons, Ceasar and Pennertz could not keep the momentum, falling 7-5 in the third set.

The disappointment didn’t linger long, however, as the Dragons hit the road Saturday for a three-team invitational at Pine City.

Meanwhile, junior Mason Woelfel, the Dragons’ usual No. 2 singles player, moved up to first singles and swept a 6-0, 6-0 win.

And sophomore Alex Draeger, normally the No. 1 singles player, moved to first doubles where he paired with Michels to claim a close 5-7, 7-5 7-5 win over Pine City’s Park Sell and Mason Mikyska.