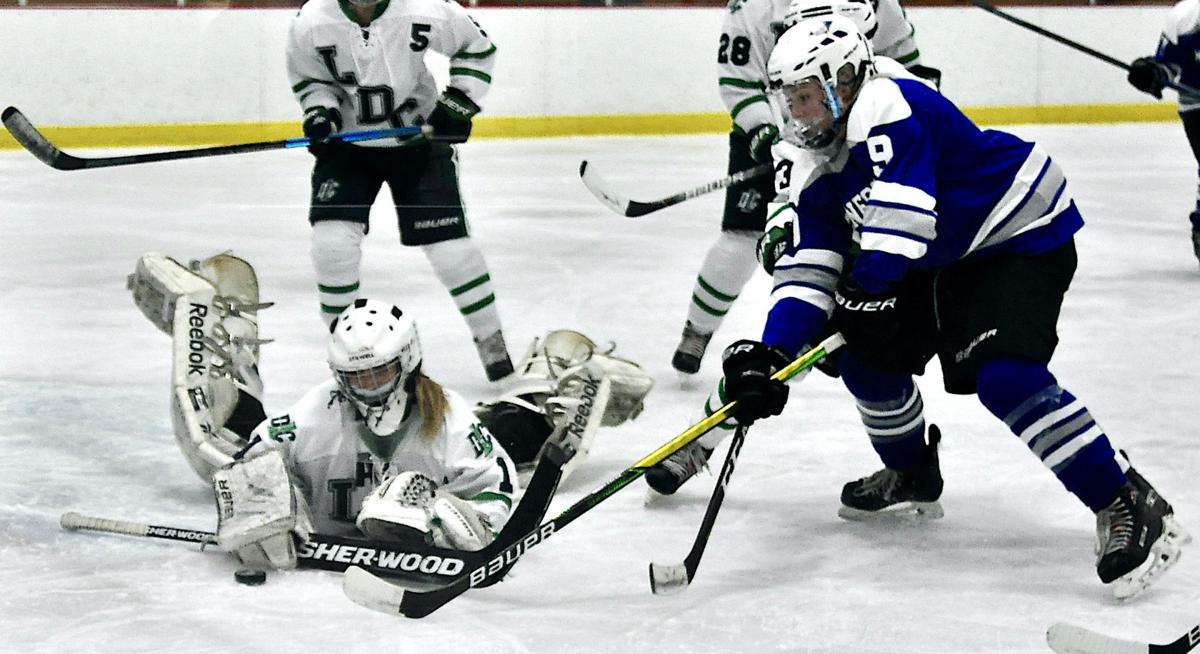 Avery Stilwell sprawls out and knocks the puck away from the goal during a game in her senior season for Litchfield/Dassel-Cokato. 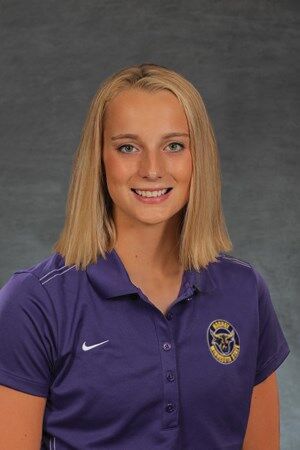 Avery Stilwell sprawls out and knocks the puck away from the goal during a game in her senior season for Litchfield/Dassel-Cokato.

When she took her goalie pads off at the end of the high school season in March, Avery Stilwell thought her hockey career was over.

Tonight — after just four days of practice — she’ll be the starting goalie for Minnesota State University Mankato when the Mavericks meet Ohio State University, the country’s No. 2-ranked Division I women’s team.

“My goal is to have fun. And try my hardest,” Stilwell said in a telephone interview Thursday night from the hotel where the MSUM team was staying in Columbus, Ohio. “I know my skill isn’t where it used to be. But as long as I’m working hard … they need someone who can stand in the net.”

A standout, three-sport athlete at Litchfield High School, Stilwell went to MSUM on a tennis scholarship. She played her first collegiate match in early October against Carleton College.

And then things began to change. The Mavericks women’s hockey program, with three goalies on the roster, was hit by injuries. Two goalies needed surgery, another suffered a concussion.

“They were in an intense situation,” Stilwell said, adding she learned that players on the MSUM roster who’d played against her in high school and knew she was attending college in Mankato mentioned her to Mavericks coach John Harrington. Soon, Harrington was talking to women’s tennis coach Ryan Kucera about Stilwell serving as an emergency backup in goal.

“My tennis coach wasn’t the biggest fan right away,” Stilwell said. “But the hockey coach said, ‘We’ll take care of her … keep an eye on her.’”

Stilwell hadn’t been on the ice since her last high school game, a 4-0 loss to Hutchinson in the Section 2A quarterfinals in mid-March. In 16 games during her senior season, she posted a .908 save percentage and a 4.09 goals against average. By the end of the season, she had already decided that tennis — where she reached the state tournament four times — would be her college sport.

But given the unusual opportunity to suit up for a NCAA Division I hockey program this week, she couldn’t say no.

“The day I found out I’d be practicing and playing backup, it was quick,” Stilwell said of the Tuesday call-up. “They said, ‘You can start practicing however fast you can get your gear here.’”

Stilwell’s parents, Ryan and Holly, drove her goalie pads and other equipment down that day, she said.

Her new teammates welcomed her, even though the circumstances of joining the team were a bit odd. And Stilwell set to work on sharpening her dormant skills, still believing that she would serve only as an emergency backup. And then …

“My coach called me in Wednesday afternoon and asked me if I’d talked to anyone on the team,” Stilwell said. “I said not really. And he said, ‘You’re starting this weekend against the No. 2 team in the country.’”

The expected starter still had not recovered from her concussion, making Stilwell the only option.

“I was a little nervous at first, but ultimately excited, just because it will be an interesting experience,” Stilwell added. “It’s a little intimidating, but exciting.”

She’s taking a realistic approach to the weekend she said, setting no out-of-sight goals. Being the competitive athlete she is, however, Stilwell wants to give a good accounting of herself and to do everything she can to help her new team.

The college game is much faster, the skill level consistently better, and the shots so much harder than what she was used to in high school, but she’s accepted the challenge.

“It’s pretty crazy, I’m not going to lie,” Stilwell said. “All of the sudden I’m practicing with a Division I team, and now I’m starting.”

Her parents were making the 12-hour drive to Columbus to see her play, she said Thursday, and she had heard from numerous friends who planned to watch the game on television or through whatever streaming source they could find it.

Starting in goal against the No. 2 team in the country? Sure there’s pressure. But thinking about all those family members and friends watching the game? There’s pressure in that too.

“Oh, my god, everyone is going to be watching,” Stilwell said with a laugh. "But I know they’re just proud I’m out there in the first place.”