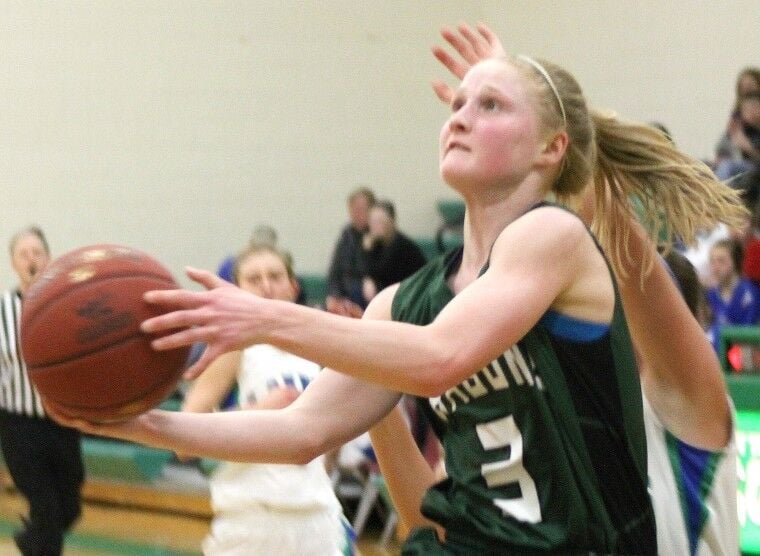 Greta Walsh drives to the basket during a February 2013 game for Litchfield High School. 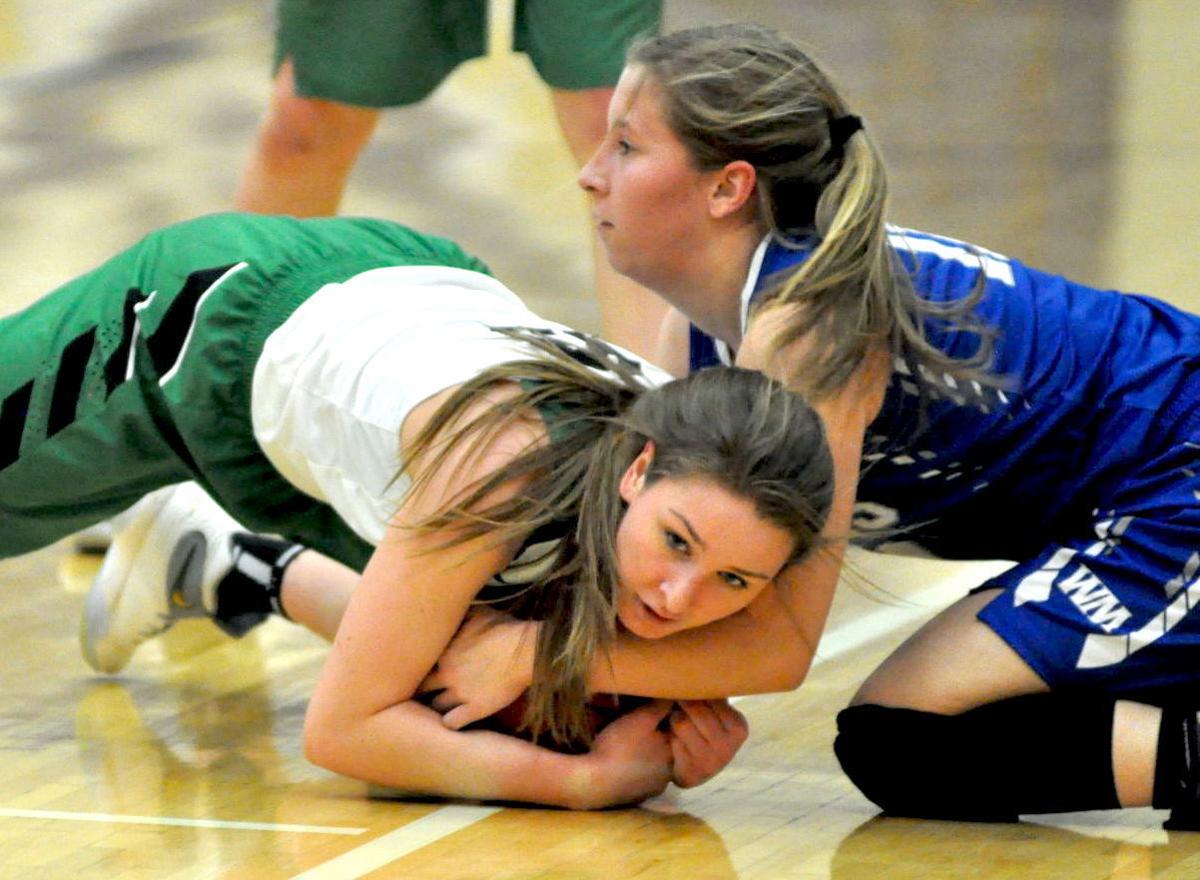 Macy Huhner dives for a loose ball against Watertown-Mayer in the 2017 Section 5AA semifinal. 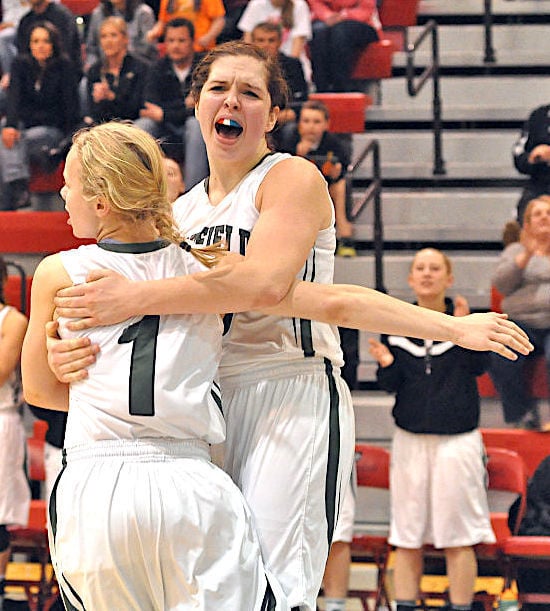 Greta Walsh drives to the basket during a February 2013 game for Litchfield High School.

Macy Huhner dives for a loose ball against Watertown-Mayer in the 2017 Section 5AA semifinal.

The Litchfield girls basketball program has been known to bring through a lot of different types of scorers and sharpshooters. The players who top the Dragons record books illustrate the depth of the program.

That’s the type of talent that led Litchfield to a section championship in 1991 and a section runner-up finish in 2012.

So, we decided to look back at some of the top players who graced the hardwood in the green and white.

Carin Rambow was a part of the team from 1996 through 2000. The program’s career scoring totals were based on points per game, not total points. So Rambow leads in all-time per-game scoring with 15.5 points-per-game in her career.

Rambow wasn’t a point guard, so she did not dominate the ball. Instead, former Dragon head coach Bill Huhner ran plays and different action to get Rambow open. She maybe wasn’t the most physically gifted player on the floor, but Rambow outworked anyone to get to where she wanted to be, according to Huhner.

Jamie Wollin averaged 14 points per game during her four-year career at Litchfield, good for second on the all-time list. Wollin’s father, Jeff, was the girls basketball coach before Huhner, so Wollin was always around the game growing up. Which really helped her be more mature on the court.

Wollin was the back-up point guard during her ninth-grade season (Wollin averaged three assists per game in her four years as a point guard). It all began at a summer tournament at Wisconsin Dells, where a group of Litchfield plaeyrs ended winning the tournament.

“From that tournament in the summertime,” Huhner said, “I was able to tell right away that this kid is able to play varsity right away. She just took off from there. It so happen that in her ninth-grade year, our starting point guard sprained her ankle during warmups of our section semifinal game. Without warning, in less than 10 minutes, Jamie went from the backup to starter. Obviously, that’s just part of the springboard for a great career that she went on to have.”

The third best scorer in school history is also the best sharpshooter. Greta Walsh was a smooth point guard who had a very fluid and repeatable jumper. Walsh owns the state record for most consecutive 3-point field goals with 11, which she set back in 2012.

Walsh leads all shooters with a 40.6 career 3-point percentage.

Finally, fourth and fifth on the scoring list are teammates whose games went hand-in-hand, Hannah Norlin and Macy Huhner. Norlin averaged 12.5 and Huhner 12.2.

Norlin was a dominant post player, who is also second in field goal percentage and third in total rebounding.

Huhner, conversely, is the school’s all-time leader in 3-pointers made with 196 and is second behind Walsh in percentage with 38.6 (Huhner shot 51 percent in 2014-15). A lot of those 3-pointers, however, came from Norlin getting double teamed in the post and kicking it out to a wide open Huhner, who was money when you left her alone.

“There were games when she would hit 5, 6, 7, 3’s,” current girls basketball assistant Zach Piepenburg said of Huhner. “If she was on, it was lights out.”

Piepenburg also coached Norlin on an eighth-grade team, and says he enjoyed watching her grow from a shy eighth-grader to an all-state scorer.

“I use her as an example to a lot of kids that I coach,” Piepenburg said. “If you’re not where you want to be, you go to work, look at Hannah Norlin. She was a team player in eighth grade and she kept working, by the end of the year she was starting. Her senior year, she was an all-state player, thousand point scorer, and ended up playing basketball at Wisconsin-Superior and was named their female athlete of the year. It just shows what hard work can do.”

Current Litchfield junior Sydney McCann is the point guard and leader of the girls basketball team. As she goes, so does the team.

McCann is fifth in career rebounding and second in career assists with 375. She is breathing down the neck of Kyndra Beavers, who notched 379 assists during her tenure with the Dragons.

If there is a season next year, there is a good chance that McCann could become the school’s all-time assist leader in the first game. McCann has been with the varsity since she was an eighth-grader, which has also helped her be a mature presence on the court.

“Sydney’s a very smart player,” Piepenburg said. “I think her basketball IQ helps her in those statistical categories.”

Given what’s going on in the world, who knows when high school sports will pick up again. For now, it’s good to look back on the players who have impacted the program, and it also looks toward the future on the next group of players who will come into the record books.

“It’s fun to read this stuff and see all of the names,” Piepenburg said of reviewing the program’s record book. “It’s fun.”