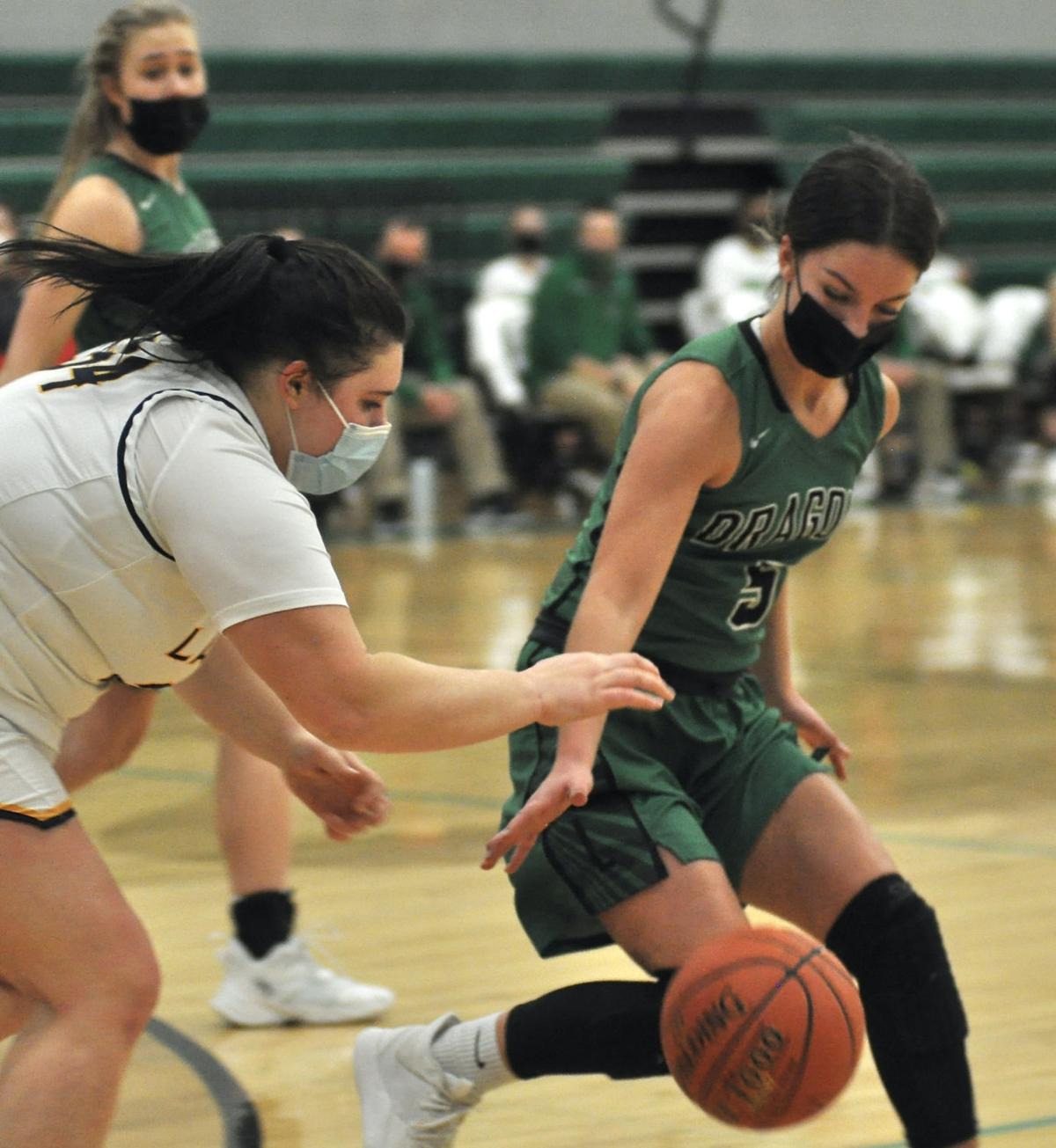 Litchfield senior Kamri Driver steals the ball from a Howard Lake-Waverly-Winsted player in the second half of the Dragons’ win Thursday. 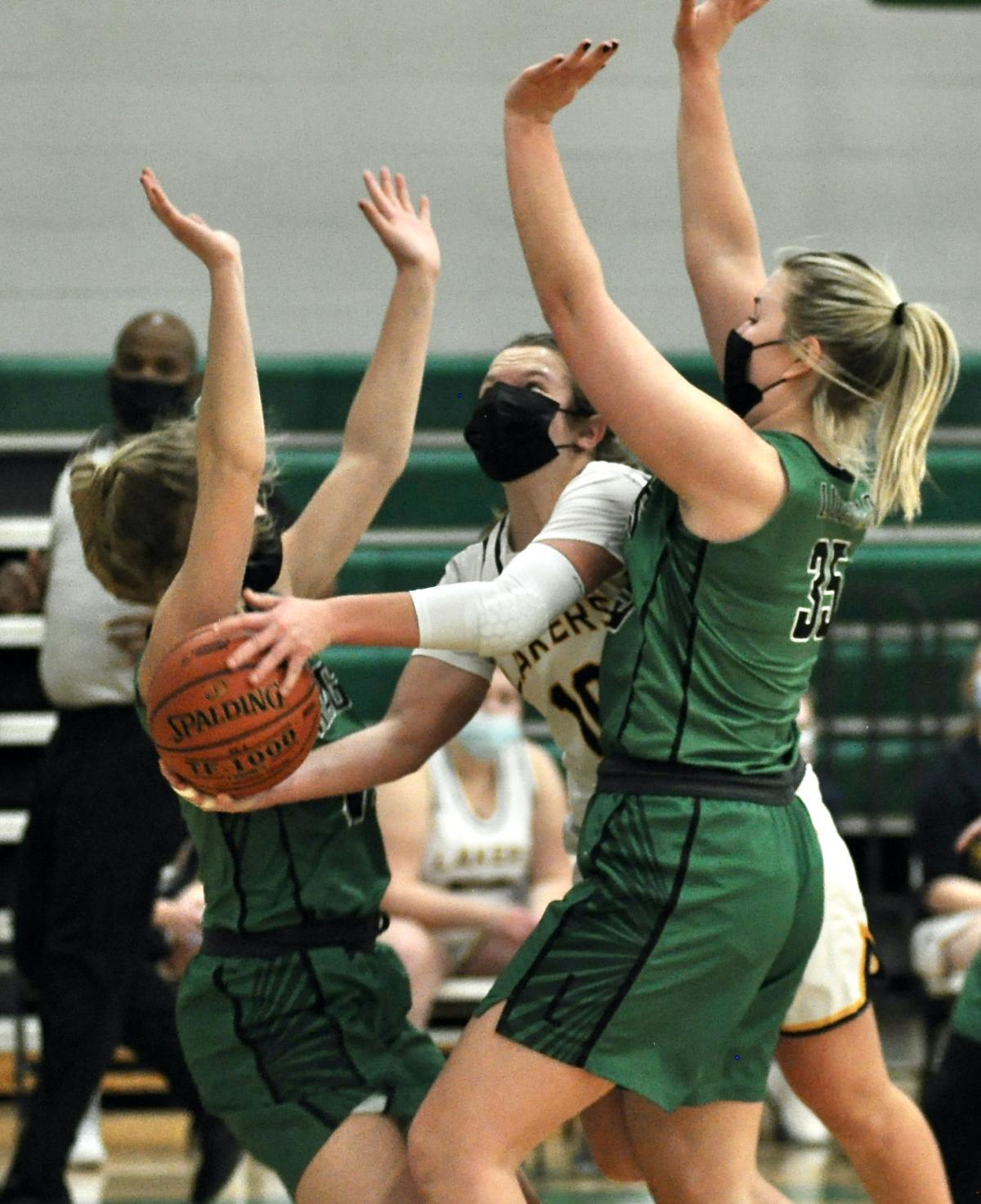 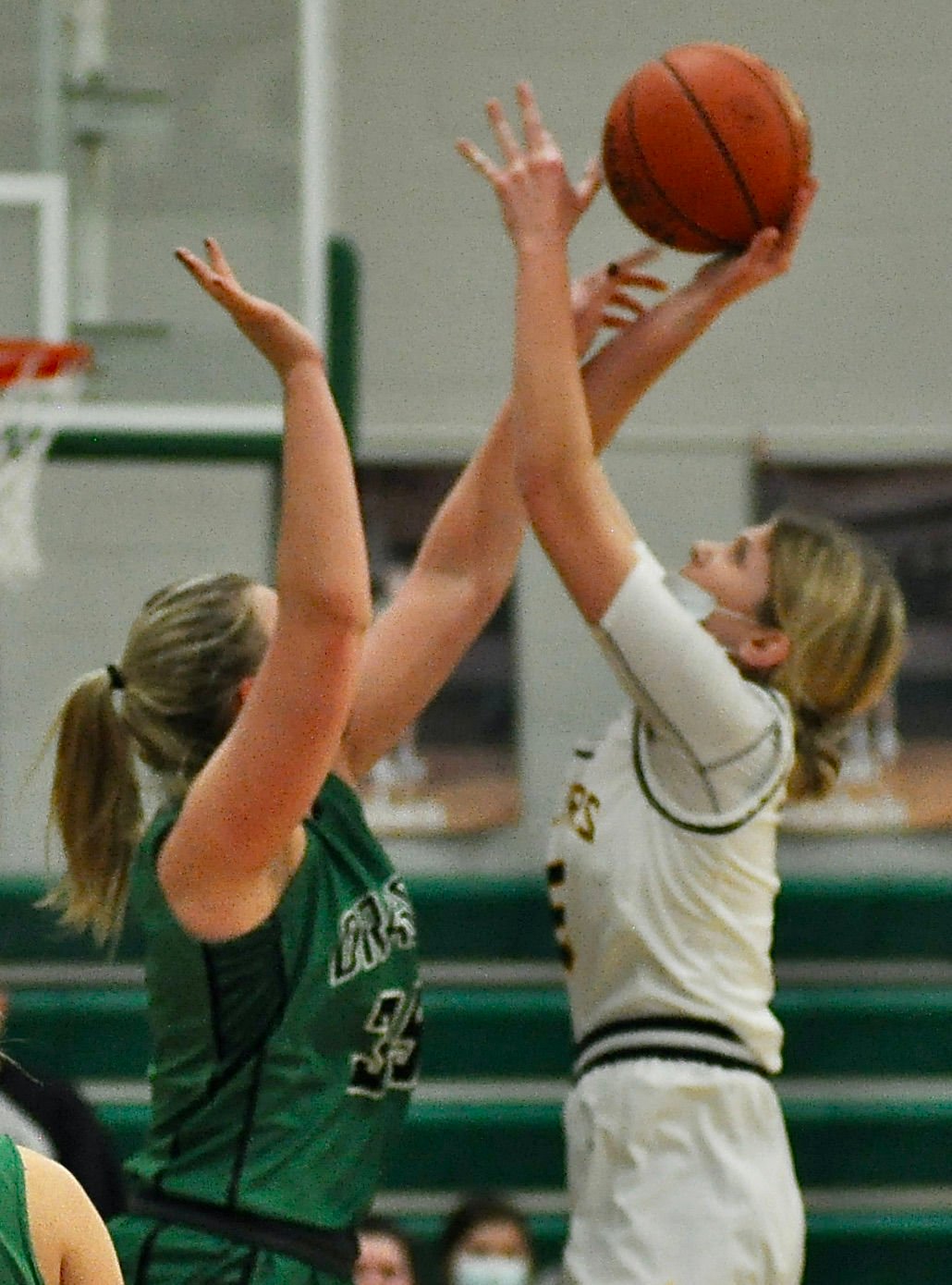 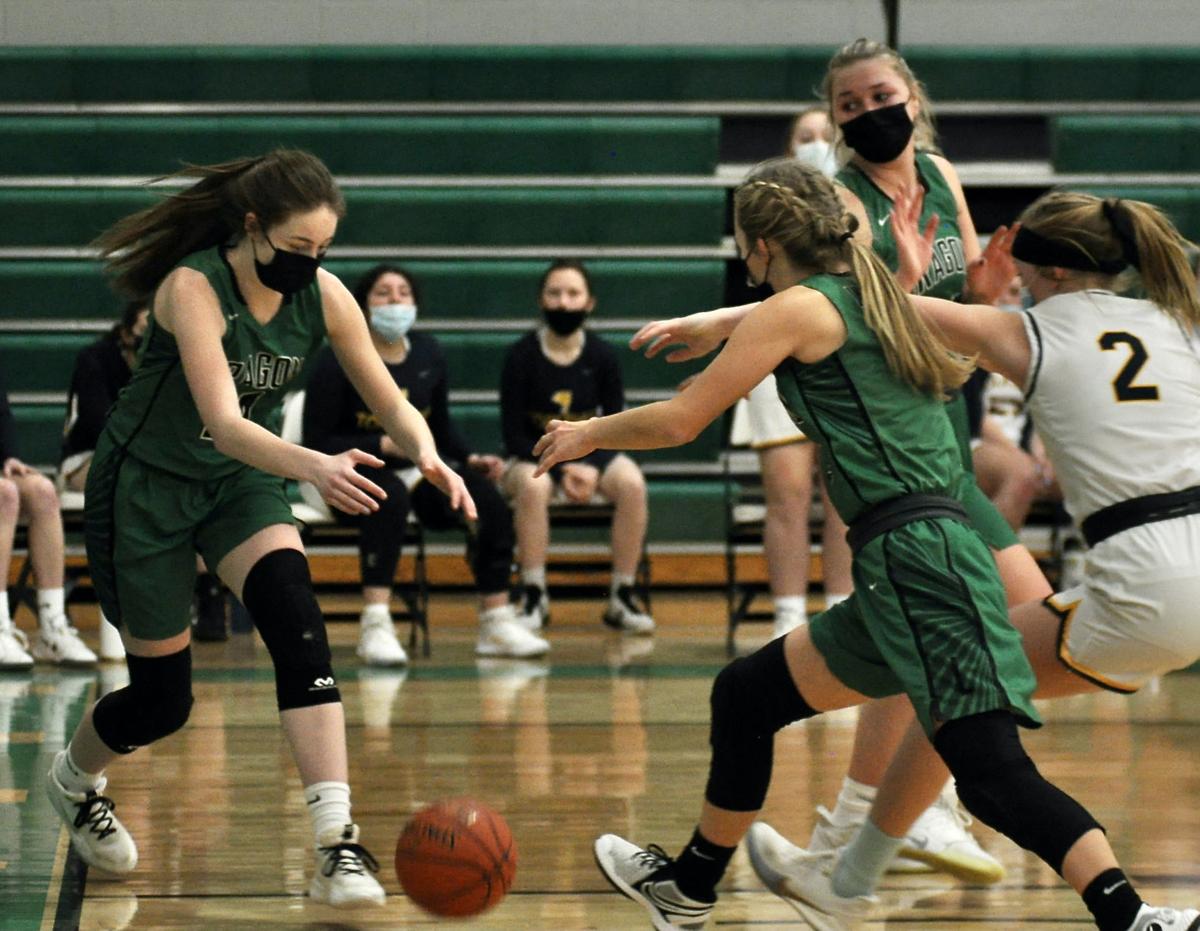 Litchfield sophomore Greta Hansen chases down a loose ball on the baseline.

Litchfield senior Kamri Driver steals the ball from a Howard Lake-Waverly-Winsted player in the second half of the Dragons’ win Thursday.

Litchfield sophomore Greta Hansen chases down a loose ball on the baseline.

After a difficult test from the Wright County West Conference’s top team, the Litchfield girls basketball team rebounded with an impressive performance to close out the week.

The Dragons, 3-3 in the conference, lost to undefeated New London-Spicer 63-40 on Feb. 9, then crushed Howard Lake-Waverly-Winsted 67-35 Thursday.

“We keep talking about playing a whole game,” he added.

New London-Spicer built a 14-point halftime lead, but Anderson was still pretty happy with where the Dragons were at intermission. But they tried too hard on getting back in the game too quickly in the second half.

“The team as a whole, we’d try to get everything back immediately, and we’d rush a little bit,” Anderson said. “We have to realize, just because they scored three or five in a row, we don’t have to turn it into a track meet.”

Especially not with the weapons that New London-Spicer, 9-0 overall, has on its roster. The Wildcats got 15 points each from Mackenzie Rich and Erin Knisley, while Ava Kraemer added 10.

“Everybody made mistakes, coaches included, but as long as we take that and learn from it and don’t let it happen the next time we see them, then that’s OK,” Anderson said.

Litchfield held a 4-3 lead in the early minutes of the game, but from there it was all Dragons, as they went on a 22-4 run. They finished the first half with a 39-15 lead.

“We jumped on them right away,” Anderson said. “We used some pressure which forced turnovers and we got some easy baskets.”

Lily Osterberg led the Dragons with 12 points, and Sydney McCann added 10 points. The Dragons had eight players score, and Anderson went deep into his bench to give everyone playing time.

“We showed we can go 10 players deep and not lose very much,” Anderson said. “Sometimes our second group is right on par with the first group. It’s good to have that depth.”