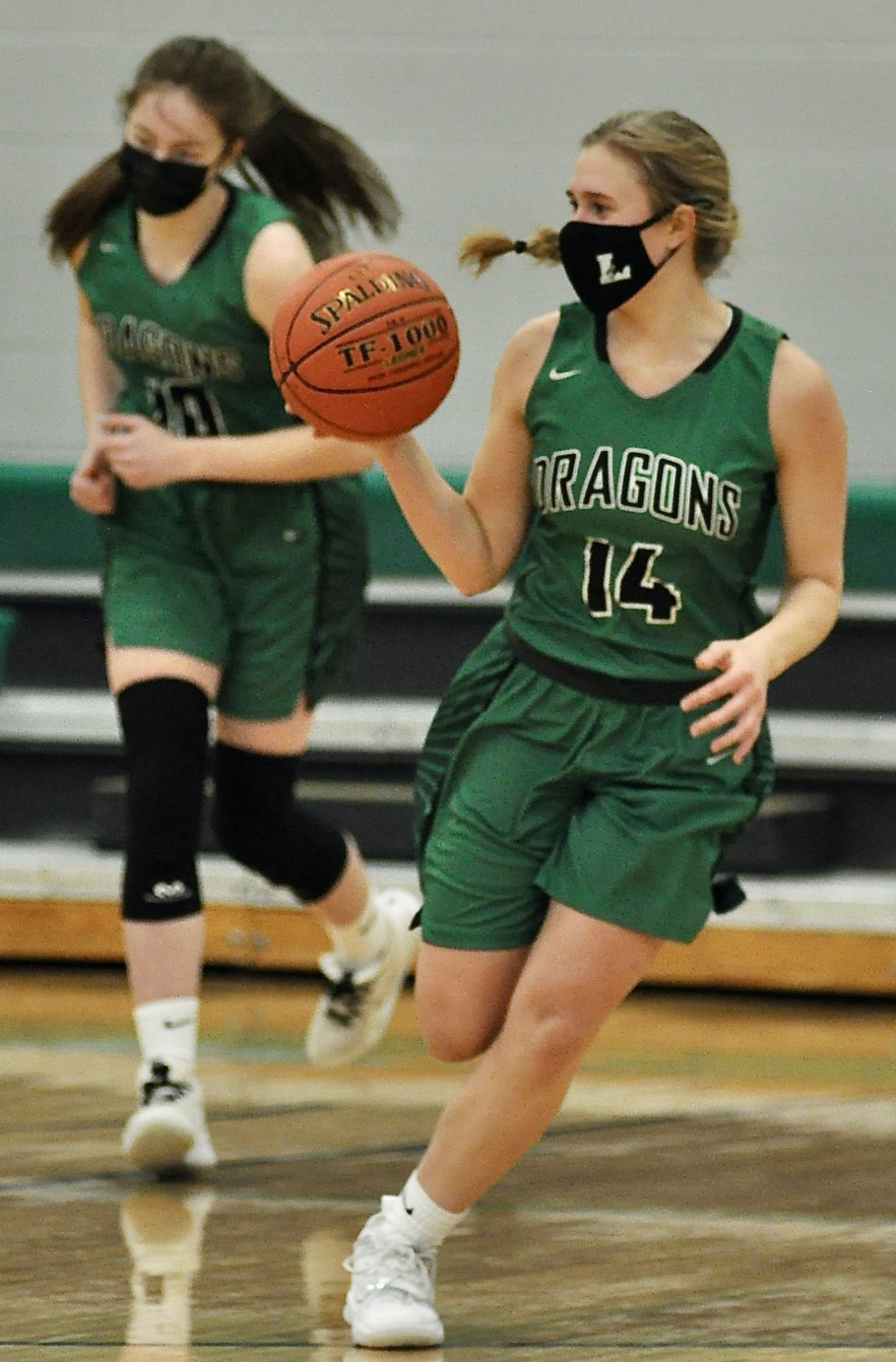 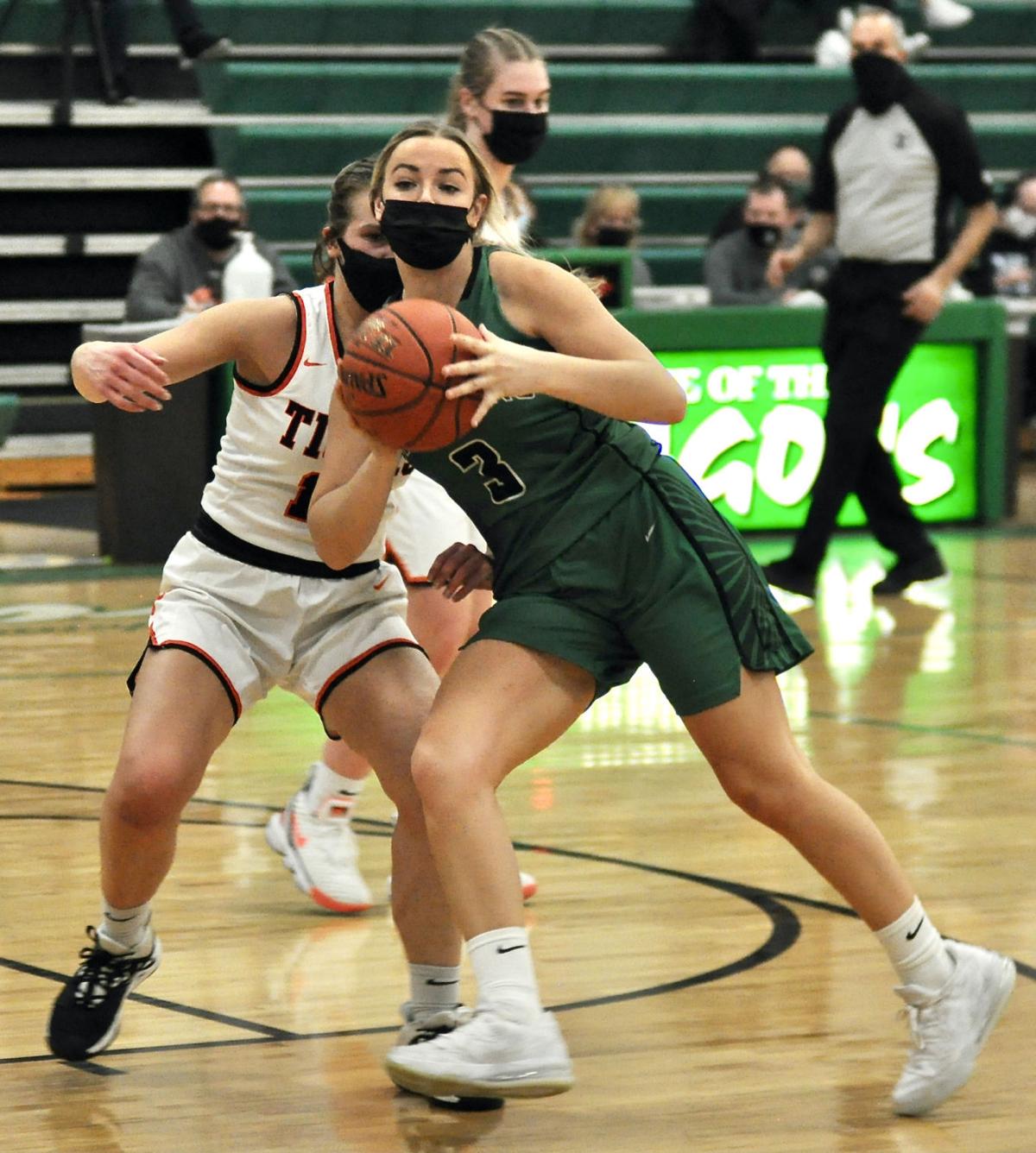 Sydney McCann looks to kick a pass out to a teammate as she drives to the basket. 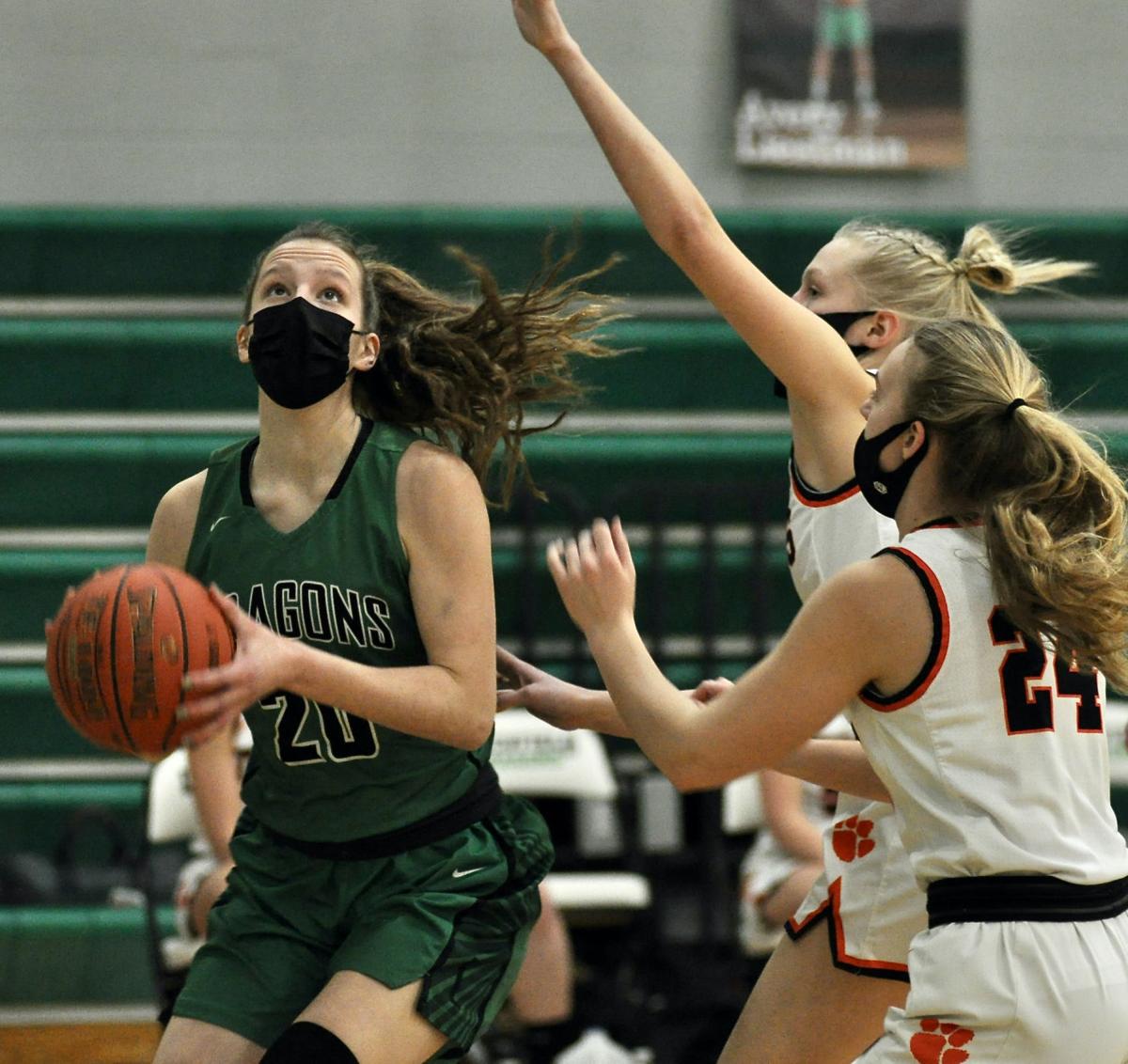 Litchfield junior post Maggie Boerema goes up for a shot. 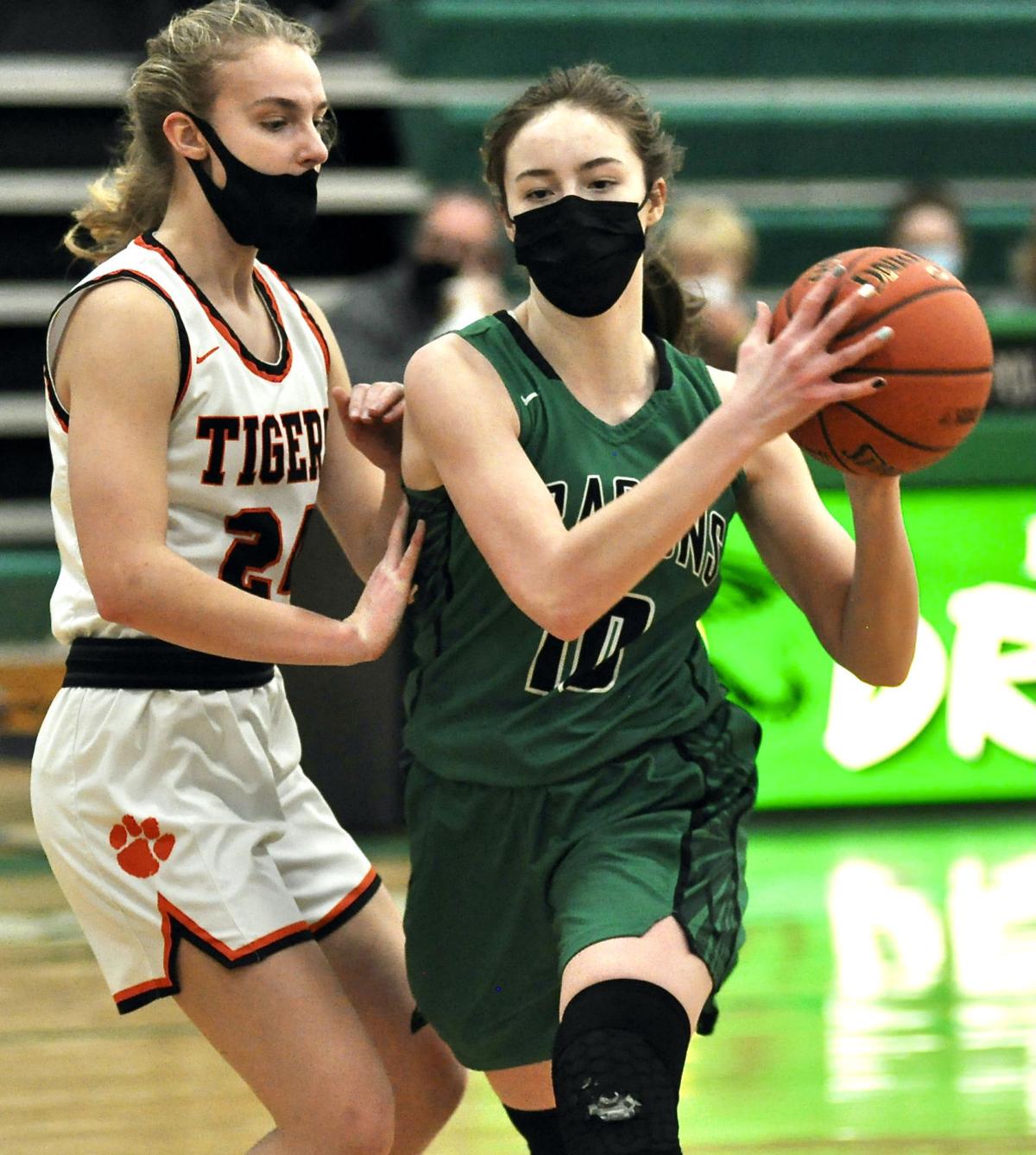 Sydney McCann looks to kick a pass out to a teammate as she drives to the basket.

Litchfield junior post Maggie Boerema goes up for a shot.

The Litchfield girls basketball team reached the game it had been pointing to all season, but didn’t get the result it sought.

Top-ranked and undefeated New London-Spicer beat the Dragons for a third consecutive time this season, this time 70-45 in the Section 3AA semifinals March 22, ending Litchfield’s season.

“We thought we had a good game plan going in,” Litchfield coach Ian Anderson said. “We executed it somewhat (but) they’re just so big and quick that it’s difficult to stay with them for a whole game.”

Litchfield finished the season 13-7 overall, having lost to only three teams during the season. Unfortunately, they met New London-Spicer three times, and Glencoe-Silver Lake and Watertown-Mayer twice each.

New London-Spicer (21-0) and Glencoe-Silver Lake (18-4) both play in the State Class AA Tournament this week.

“This season, playing 20 games was a success in itself,” Anderson said, referencing the challenges and lost games created by the coronavirus pandemic. “But we lost to only three teams. Do you want to win those games? Obvioulsy, 100 percent, but I feel like we’ve got nothing to be ashamed of this season.”

It will be difficult after a season like that just ended to say goodbye to a senior class that made such a difference to the program’s success, Anderson said. If there was a positive during the loss to NL-S, he said, it was that with the game out of reach in the second half, he was able to play the five seniors — Sydney McCann, Lily Osterberg, Janessa Olson, Kamri Driver and Sydney Jackman — together one last time, for about 10 minutes.

“The numbers are astounding with this group,” Anderson said. “Their names are all over the record book, individually and as a group. They have 450-some varsity basketball games between them. To see them grow up from ninth- and 10th-graders to be the leaders they were this year, their willingness to voice their opinion, even if it wasn’t the same as the coach … I’m very proud of their growth. Their accomplishments speak for themselves both on the court and off.”

Despite losing that talented and experienced group, Litchfield will return an abundance of varsity experience and talent next season, as well. With Anderson frequently using a 10-player rotation, junior post Maggie Boerema and sophomores Ryanna Steinhaus, Greta Hansen, Kylie Michels and Izzy Pennertz all played extended minutes on varsity this season.

“And we told the other girls, you can’t play a whole basketball season with six girls, so there’s an opportunity for those other players, if they can progress, to see some time,” Anderson added. “I think those girls are kind of champing at the bit for their turn, to become the primary players. The cupboard’s not bare.”