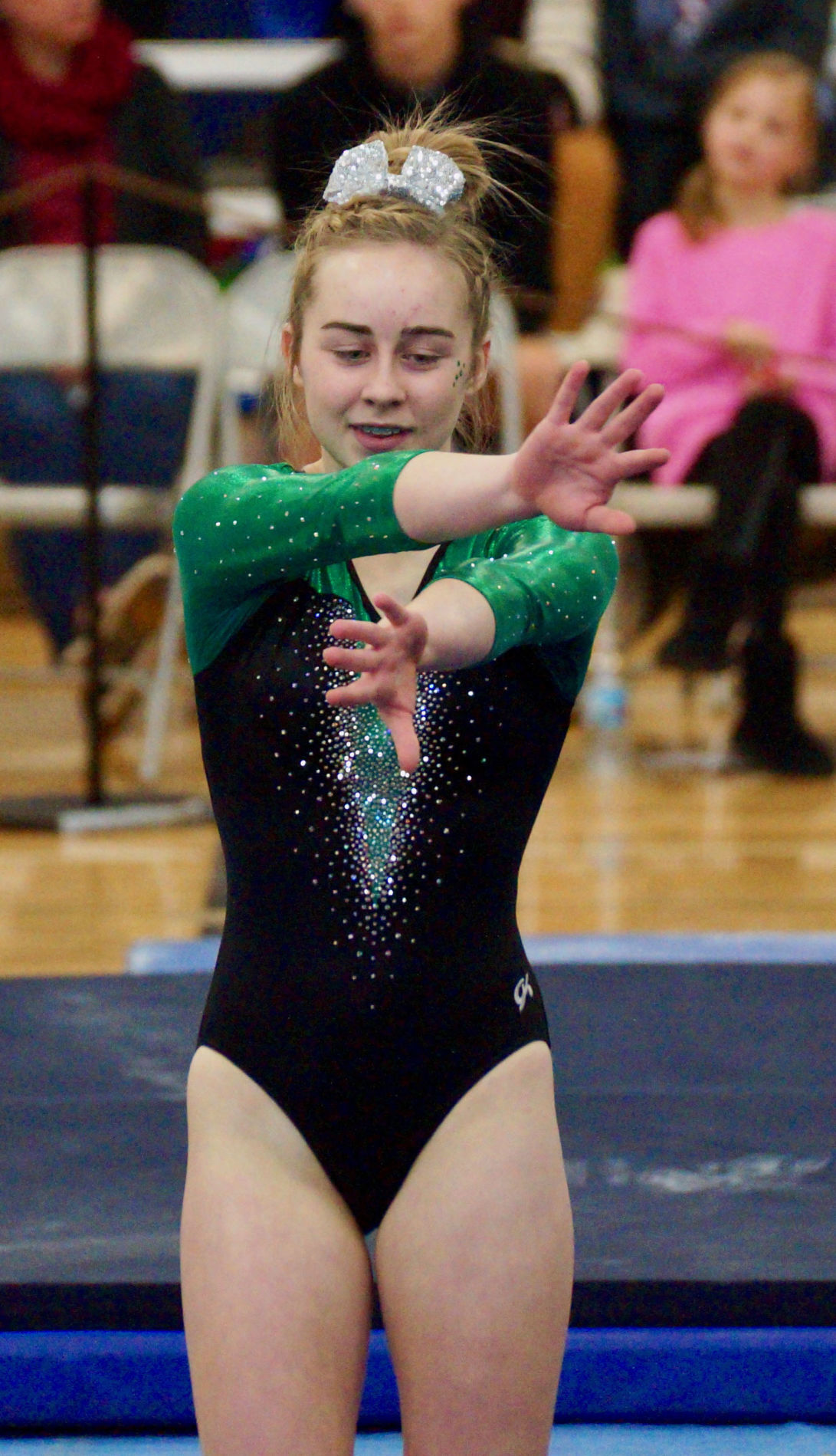 Junior Grace Borowicz is one of Litchfield’s top returning gymnasts this season after finishing seventh all-around in the Section 6A meet last year. 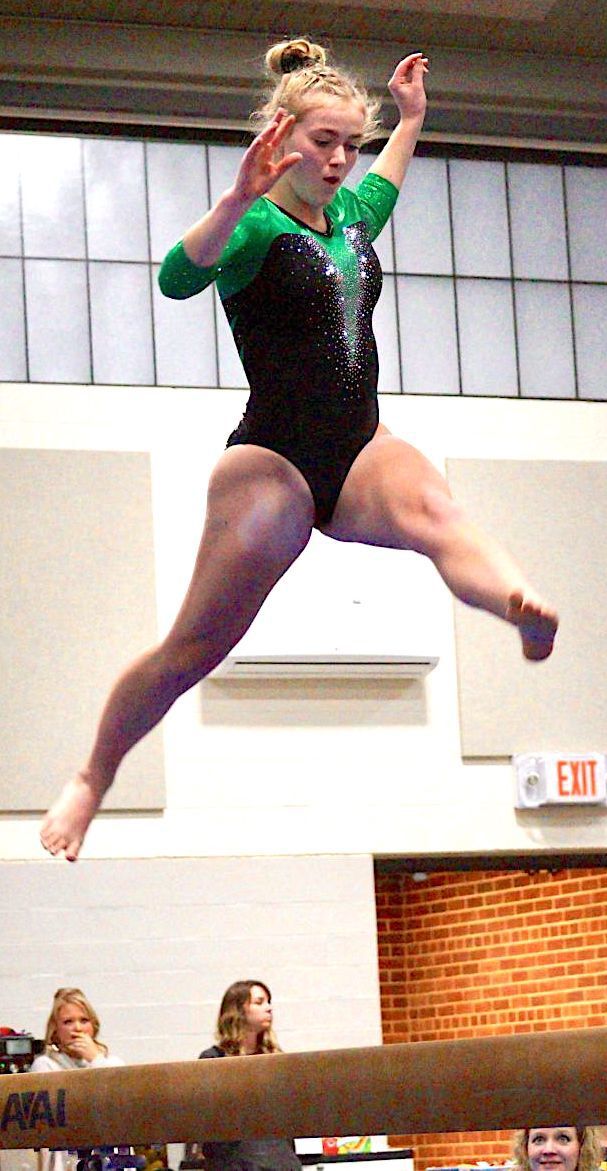 Vail Kaping placed seventh on the balance beam in last season’s Section 6A meet. A senior, she will be counted on to help lead the Dragons again this season.

Junior Grace Borowicz is one of Litchfield’s top returning gymnasts this season after finishing seventh all-around in the Section 6A meet last year.

Vail Kaping placed seventh on the balance beam in last season’s Section 6A meet. A senior, she will be counted on to help lead the Dragons again this season.

When she arrives for practice each day, Sarah Holmgren encounters a businesslike group of athletes.

Most of the Litchfield varsity gymnasts have been “there” before. They know what to do, how to prepare for success.

“I really see us kind of starting where we left off last year,” Holmgren said last week as she enters her 15th season coaching the Dragons. “They’ve had some good practice time here, more than we’ve probably ever had (at the start of a season). And so, with those returning gymnasts, their routines were pretty set. Right now, they’re to the point where I think they’re ready to compete.”

One day after issuing that assessment, Holmgren saw Litchfield beat Annandale 129.425-126.6, in the season’s first meet. It was a meet in which the Dragons captured first in just one individual event, but were lifted by their balance as they placed two in the top three finishers in each of four individual events.

And they also had the all-around leader in Grace Borowicz, who scored a 33.25 to finish nearly three-tenths of a point ahead of runner-up Kiya Happe of Annadale.

Borowicz, a junior, is one of a handful of returning varsity regulars who should make Litchfield a force to be reckoned with this season. She and sophomore Raina Kaping are the team’s top two returning all-arounders.

“Both, you know, are coming back with a lot of varsity experience (and) looking to break some of their own personal records,” Holmgren said. “Both of them, probably, are hoping for … a chance at state.”

Borowicz finished in the top 10 in vault, uneven bars and floor exercise at the Section 6A meet last season, where the Dragons finished fifth out of eight teams. She also was seventh all-around with a score of 34.475.

Kaping, meanwhile, finished 13th in floor exercise and tied for 15th in vault at the section meet.

There were other standout performances for the Dragons at last year’s section meet, including sophomore Olivia Holmgren’s ninth-place finish in vault, junior Emma Brown’s 13th place on bars, and senior Vail Kaping’s seventh on balance beam.

Sophomore Lilly Chvatal and junior Abby Barus also competed at the section meet, with Chvatal earning 23rd on bars, and Barus getting a tie for 27th in floor exercise. Junior Kaylee Sundve also is expected to add depth to the varsity lineup.

“We have a small varsity crew,” Holmgren said, “but they have a lot of experience.”

That experience, Holmgren expects, will show up in meets, as it has in preseason practices.

“They know their stuff,” she said. “Gymnastics is tricky. You need to know what skills to put together to score high. And they have learned that over the years.

“I mean, they’ll ask questions, but they know just what they need to do,” Holmgren added. “And they’re a motivated group, and gymnastics is kind of that way – if they can’t motivate themselves to get done what they need to get done, it’s going to show in their routine.”

And despite the largely individual performance aspects of gymnastics, Holmgren touts the team-oriented approach the Dragons have taken in this and previous seasons.

One of the motivating team goals is repeating the heights to which Litchfield rose last season, when it twice reached 135 points in a meet. The school record for points in a meet is 137 — a total achieved in 2008 — and Holmgren believes that could be achievable for this group.

“I think, especially with this group, I would say it’s more of a team sport,” she said. “I’ve had years where girls just really wanted to beat somebody else. I have never seen that with this group. They just want everybody to get the best score they possibly can to get our team score as high as possible. And I think that’s really fun to see. These girls are friends inside and outside of the gym.

“And like I said, they motivate themselves,” she added. “I plan things for them to do in practice, of course, but they usually go over and above that. They get their work done.”

That focus, Holmgren believes, could carry the Dragons to big things this season. Having the first individual since 2008 qualify for the state meet is a realistic goal.

“I think they would say it would be really awesome to have a couple of girls make it, and I’d say that’s really realistic this year,” Holmgren said. “It just hasn’t been in years past because we had such a strong section … but there’s a lot more spots open, and I know that the girls are thinking about that as they’re putting their routines together.”