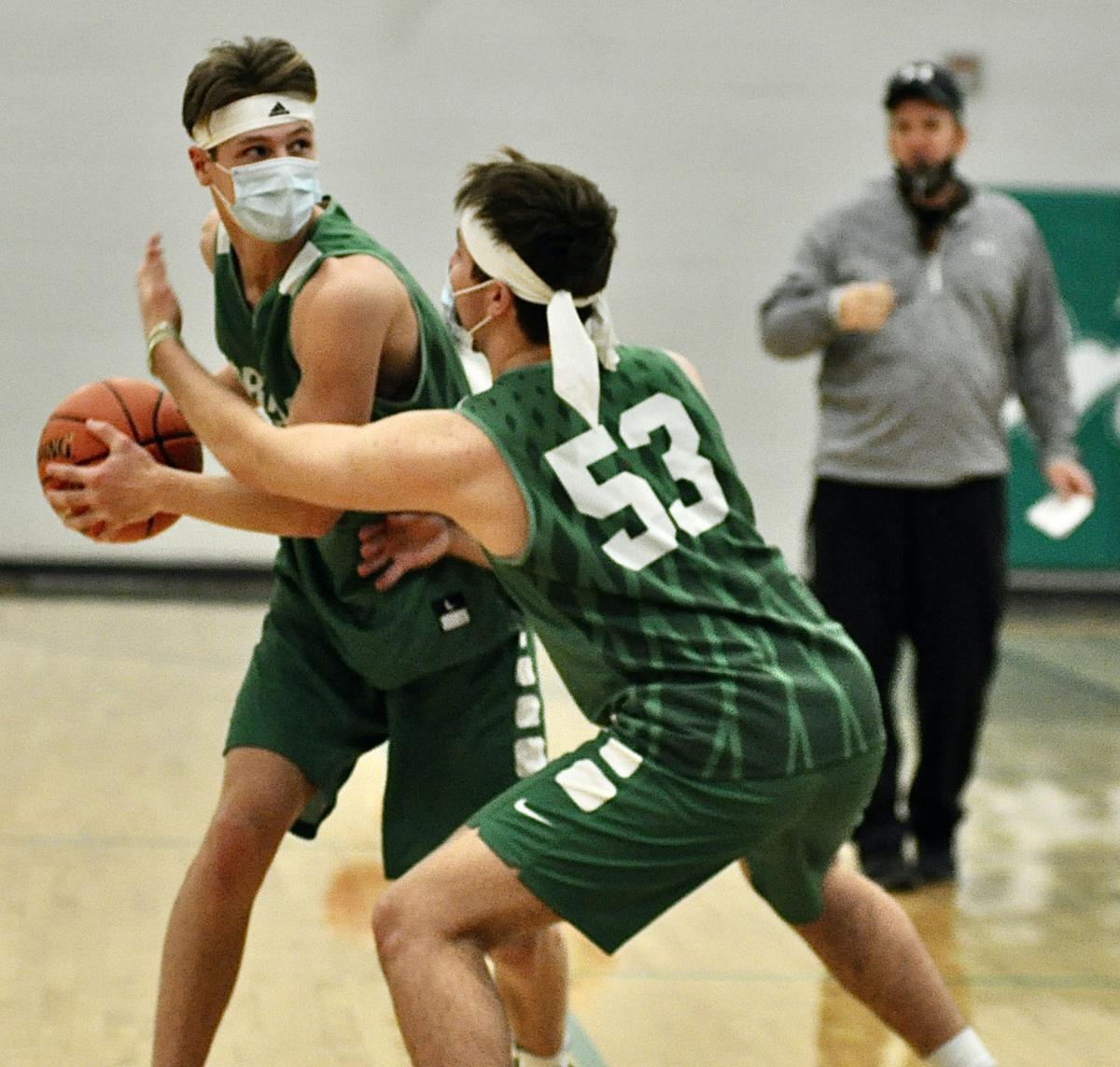 Avery Liestman looks to drive around Ben Alsleben during a Litchfield boys basketball practice last week. Both players, as well as coach Matt Draeger, background, were masked as part of new requirements for a return to sports. 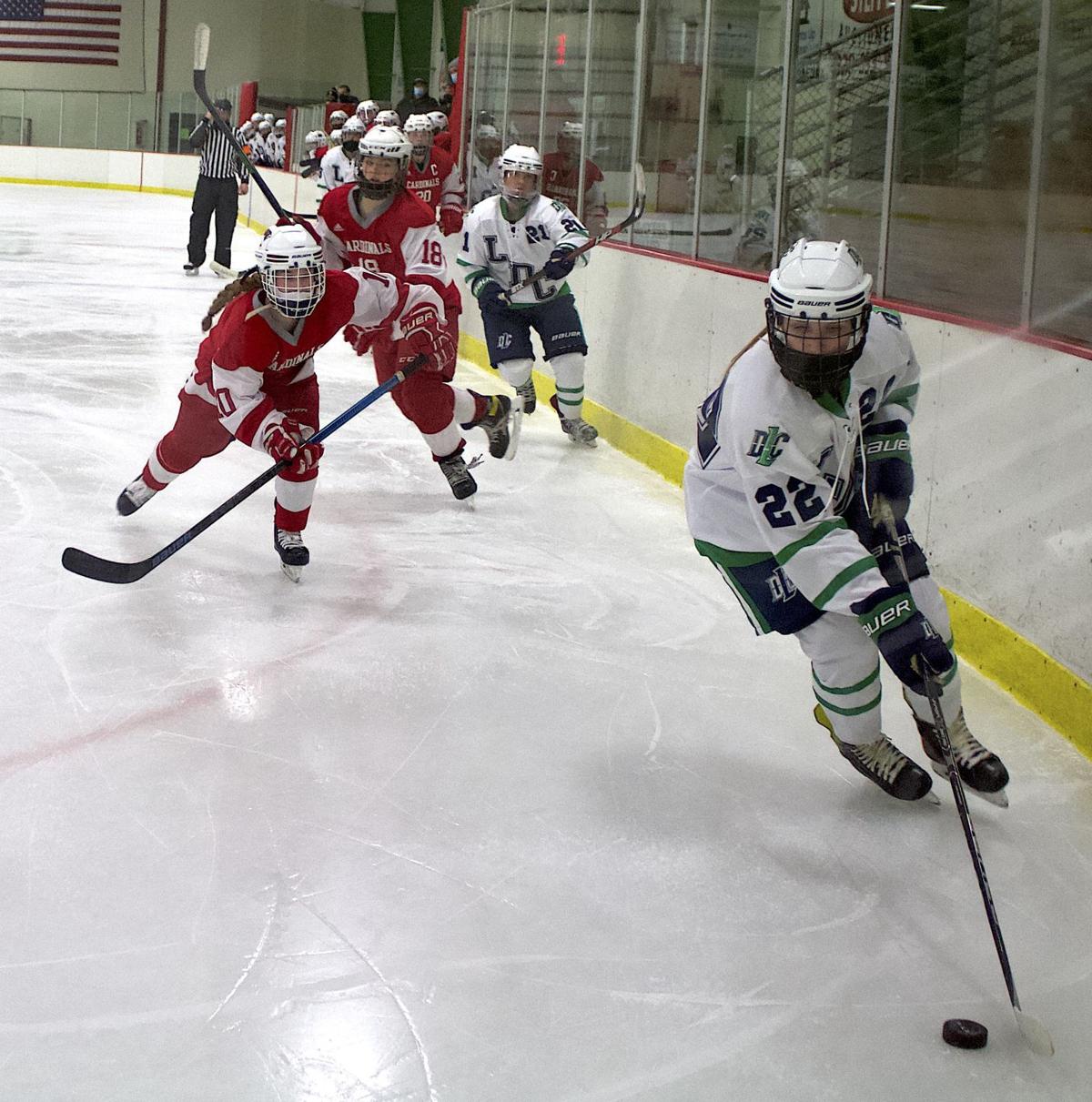 Litchfield/Dassel-Cokato’s Cassy Justison chases down the puck during the Dragons’ game with Willmar Saturday. Justison and her teammates wear masks under their face shields, as part of pandemic protocols by the state. 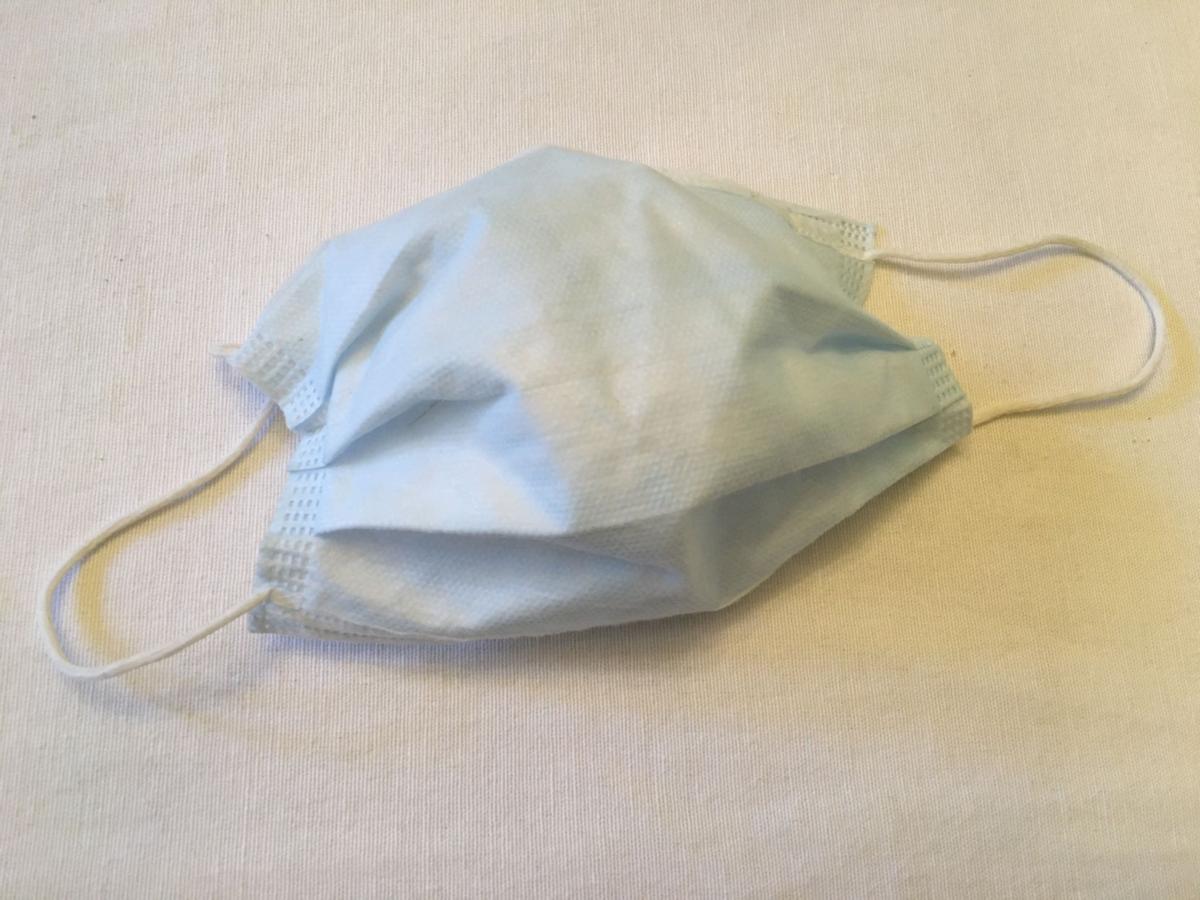 Avery Liestman looks to drive around Ben Alsleben during a Litchfield boys basketball practice last week. Both players, as well as coach Matt Draeger, background, were masked as part of new requirements for a return to sports.

Litchfield/Dassel-Cokato’s Cassy Justison chases down the puck during the Dragons’ game with Willmar Saturday. Justison and her teammates wear masks under their face shields, as part of pandemic protocols by the state.

Getting used to wearing a mask while playing basketball will take some time, but if it’s what is required to play, Litchfield coach Matt Draeger figures so be it.

“It’s a rule, and we’re trying to practice as much as we can with them on,” Draeger said of the masks all high school basketball and hockey players are required to wear as part of the state’s COVID-19 precautions. “I was taught a long time ago, you worry about things you can control, and we can’t control it. So we just have got to do it.

“And from the people we’ve talked to, the kids usually adjust,” Draeger added, while also acknowledging that most agree that the level of play decreases at least somewhat because of the masks. “And, you know, if we want to play — and these guys want to play — we have to wear them.”

After a weeks-long “pause,” a return to youth and high school sports in 2021 received the green light from Minnesota Gov. Tim Walz on Dec. 28, but with certain restrictions.

The most controversial of those restrictions has been a mandate of masks for all athletes, with exceptions in gymnastics, wrestling, cheerleading, and boys swimming and diving. A restriction that is drawing criticism from many, including the Let Them Play MN Facebook group.

“Returning to practice is one step forward, but imposing masks during sports are a dangerous two steps back for Minnesota’s young people,” stated Dawn Gillman, founder and executive director for Let Them Play MN, in a press release.

The group filed a lawsuit against the mandate on Jan. 8.

“We don’t want another kid to pass out, or worse, at practice,” said Gillman, who has two children playing sports at Dassel-Cokato High School.

During a Jan. 6 press conference, as quoted in the Pioneer Press, Walz said seeing his son return from practice last week with a smile on his face was a welcome sight.

“There are implications of this,” said Walz, a former high school coach. “That emotion I had last night after seeing my guy come back smiling after (his first) sports practice in many months was overwhelming. There’s a mental health piece that goes with this that we’re very, very well aware of.

“(We’re) trying to (mesh) that well-being, the economy and controlling the spread,” said Walz, of requiring masks.

A group of 26 state representatives sent a letter to the governor earlier this month, asking him to repeal the youth sports mask mandate.

“The World Health Organization states ‘children should not wear a mask when playing sports or doing physical activity, such as running, jumping or playing on the playground so that it doesn’t compromise their breathing,’” stated letter author Rep. Kristin Robbins, R-Maple Grove. “Wearing a mask that covers a child’s nose and mouth during high intensity exercise could lead to fainting, hyperventilation or vomiting. The Center for Disease Control explains, saying that all ‘people engaged in high intensity training activities, like running, may not be able to wear a mask if it causes difficulty breathing.’”

Practices began Jan. 4, with athletes required to wear masks in sports such as basketball, hockey and dance. Wrestlers wore masks in all conditioning drills.

“From what we’ve found from the research, it shows the value of wearing multi-layered masks, or face coverings or face masks, in significantly reducing the spread,” Scott said. “Some studies show it can be up to 80% reduction in spread. Knowing that, we can look at mitigation strategies as a package. When multiple strategies are engaged together, we feel like we can be more lenient and allow for more activity.”

He said if masks were to be removed for athletics, the types of allowed activity would likely be lessened.

As the competition season draws near, the first date for competitions is Jan. 14, one school has taken it into their own budget to purchase approved equipment for their athletes. A CCM mask was ordered for every hockey player in the Litchfield/Dassel-Cokato hockey program. That mask is approved by the Minnesota State High School League when worn with a splash shield on the helmet.

“Myself, and others in public health, acknowledge that sports and physical activity brings many positives to our youth. We want to provide opportunities for kids to engage these activities, but in the safest manner possible,” Dr. Scott said.

Masks during competition will create challenges. It will take some getting used to. Is the game going to be stopped for a mask falling down? Who will enforce proper usage of the mask?

Dr. Scott believes the benefits of wearing a mask outweigh the nuisance of wearing one in competition.

“I know other people have other priorities, and I respect that, but as a public health professional, I have to give my recommendation based on the science and how it relates to health,” he said, “and then let other decision makers decide on how the risk-benefit weighs according to other competing priorities.”

Urdahl, one of the legislators who signed on to the letter, said he did so after hearing from “a large number (of) people expressing concern,” as well as reports from the CDC and World Health Organization regarding the effects of wearing a mask during vigorous exercise.

“They seem to be pointing in the direction that there is potentially more harm than good coming from masks on athletes,” Urdahl said.

However, Walz and the Minnesota Department of Health state that masks are necessary at this point. Masks have been worn through competition in volleyball and basketball in neighboring Wisconsin all school year.

“The very nature of athletic activities — physical exertion, extended periods of close contact, and typically no masks — makes them environments for potential spread,” according to the website StaySafeMN. “Games in particular remain a source of increasing outbreaks because they bring people together. It is critical that people adhere to guidelines not just during athletic activities but also during the activities that surround games and practices like carpooling and meals.”

— Eric Kraushar is a reporter for the Leader’s sister newspapers at Southwest News Media.