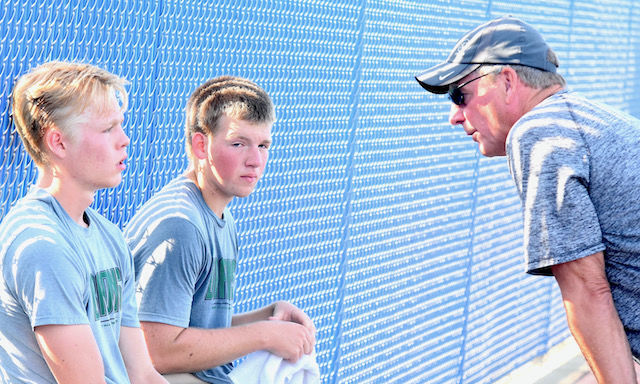 Litchfield coach John Carlson talks with doubles players Tyson Michels and Alex Draeger during a break in their state tournament match Thursday. The duo wound up with third place in the tourney. 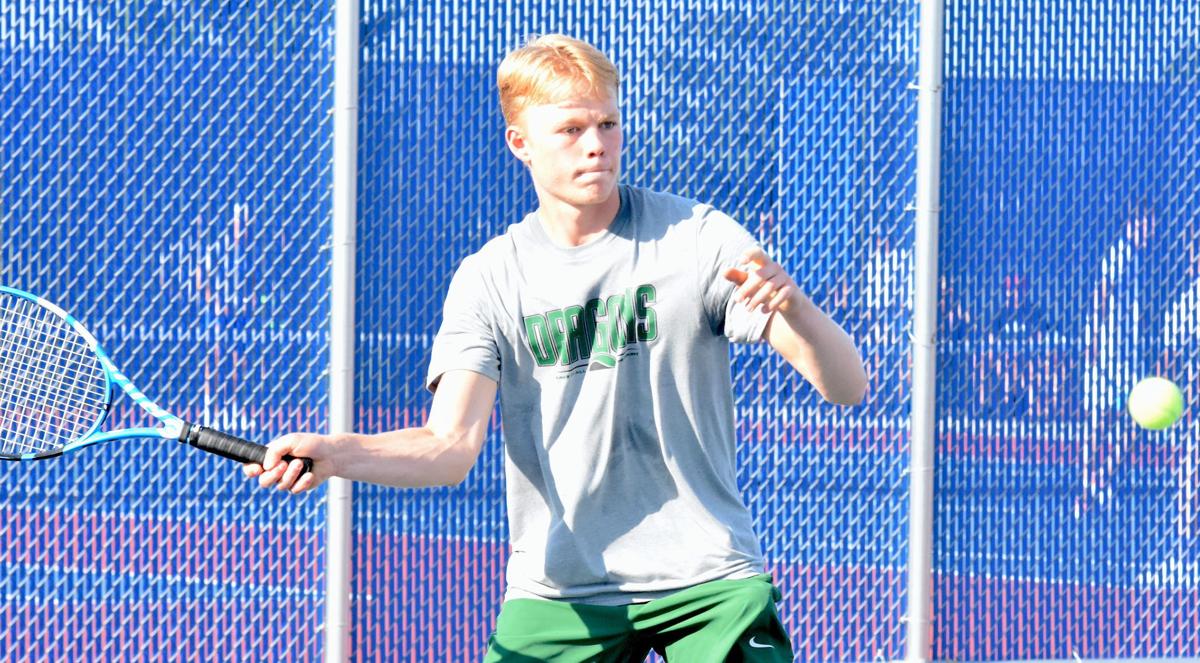 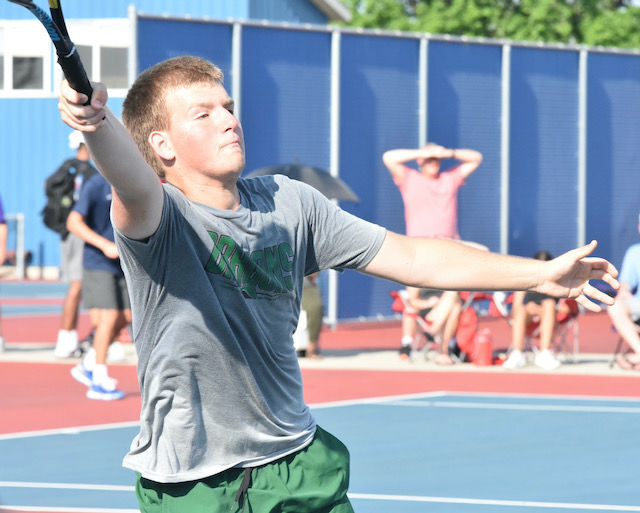 Sophomore Alex Draeger reaches for a return during the state tournament. 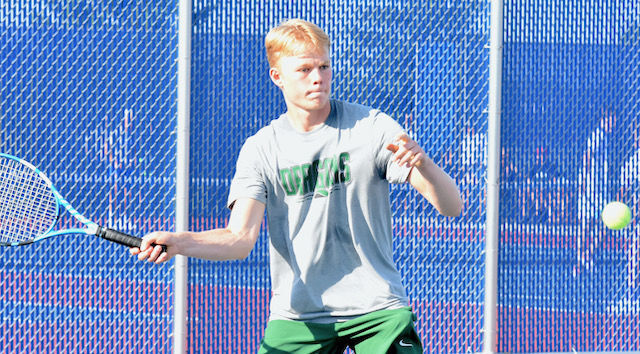 Litchfield coach John Carlson talks with doubles players Tyson Michels and Alex Draeger during a break in their state tournament match Thursday. The duo wound up with third place in the tourney.

Sophomore Alex Draeger reaches for a return during the state tournament.

It was the kind of finish that made Litchfield coach John Carlson wonder if the duo should have been seeded a little higher for the tournament.

“In retrospect, I think they could have seeded them higher than fourth,” Carlson said. “But it’s so hard to seed doubles teams.”

Whatever the case, Michels and Draeger made the most of their opportunity, registering straight-sets wins in the first round and quarterfinals before falling to No. 1-seeded Ishan Nadkami and Zach Piehl of Breck in the semifinals. They rebounded for a 6-4, 6-7, 4-0 win over Dylan Hahn and Jack Onkka of Thief River Falls to earn third place.

“It’s really nice to win your last match of the season,” Carlson said. “Any time you can get a medal, that’s a good thing. If someone said we’re going to medal before the tournament, I think we would have said ‘Fantastic.’ Everyone wants a gold medal, of course, but finishing third was good.”

It came about through melding of two different games — Michels a doubles player and Draeger a singles player.

In the Litchfield way of doing things, doubles players attack the net at every opportunity, trying to end a point as quickly as possible. That was nothing new to Michels, who formed half of Litchfield’s top doubles tandem, but for Draeger, the Dragons’ No.1 singles player throughout the regular season, was a change.

“It’s still tennis, but it’s really two different games,” Carlson said of the difference between singles and doubles. “You’re hitting shots you don’t normally hit. Probably the hardest thing for Alex in doubles is, he’s a baseline player (in singles) … we don’t play doubles that way. We try to get the point over as fast as possible.”

But Michels and Draeger prepared for their eventual pairing in the postseason by playing as doubles partners in two regular-season matches, both of which they won. They also played against Litchfield’s 2000 state championship duo of Alex Carlson and Chris Patten three times through the year.

“It wasn’t like we just planned this at the end of the year,” Carlson said of the Michels/Draeger pairing. “We knew this was probably going to happen in the winter, so we planned for it.”

As coach, Carlson said, he felt a bit of relief as Michels and Draeger wrapped up the third-place match. Their individual success during the season had many expecting a high finish at the state tournament.

In addition, Carlson’s ties to the two players went far beyond the usual coach-and-player relationship, with Michels being his grandson and Draeger being the son of his long-time coaching associate Matt Draeger, who served as a boys basketball assistant coach under Carlson for many years.

“There was a little bit more pressure than the usual tournament,” Carlson said with a smile. “It doesn’t always just happen; they gotta go make it happen, and these guys did that.”

The strong finish by Michels and Draeger capped what was another solid season by the Litchfield boys tennis program, with the Dragons posting an 18-5 record and reaching the section finals before being eliminated.

As proud as he was with the Dragons’ record this season, Carlson seemed even more pleased with the program’s explosive growth. Litchfield had 27 players in grades 9-12 this season. And most of the varsity lineup returns for next season, including the entire singles lineup.

“We have three ninth-graders in our top 10,” Carlson said. “The first time Tyson ever played was ninth grade. He and Alex were at fourth doubles at that point, so there’s potential.

“We should have 12-14 guys battling for those (varsity spots),” he added. “That’s great from a coaching and top 11-12 perspective. It might not be so great if you’re the 15th guy. But you know, you can change that.”

And regardless of their rank in the roster, every player has their time on the court for every match in Carlson’s system.

“One of the selling points in tennis is there’s no bench,” he said. “Everyone plays”